D-Day, as the title may suggest, is a World war 2 based 3D strategy game focused around the events of 1944 in which the allies stormed the beaches of Normandy, and than they would go on to liberate Europe, and defeat the Nazi Germany. The game itself is an accurate representation of the D-day landings with the publisher and developer being in close collaboration with the Normandie Memoire Association. 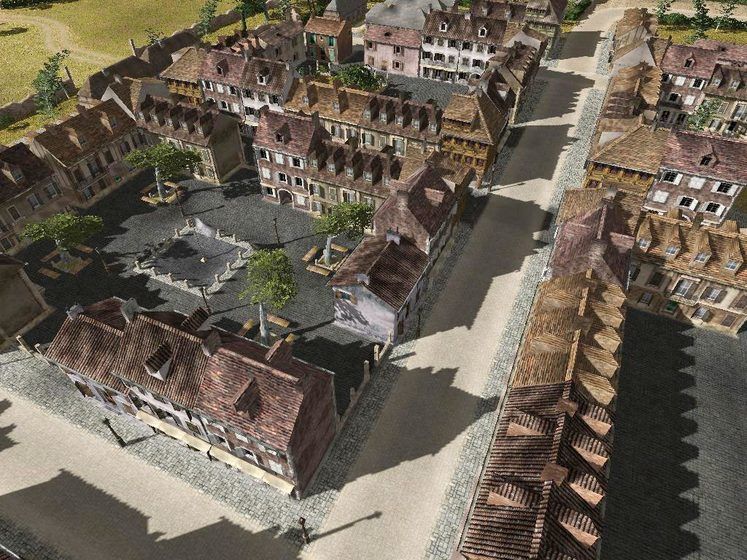 The game itself, is a real time strategy game from Monte Cristo and Digital Reality, who are veterans makers of strategy games, one of which was the fairly recent World war 2 RTS game Desert Rats vs. Afrika Korps.

D-day features good graphics, they are all in 3D with detailed environments and terrain, troops, tanks, planes and various effects such as when artillery or air support is called in and you can see the tremendous explosions and scattering debris. The camera in D-day is also zoom able so you can focus on minor details that you might miss from a far out view. 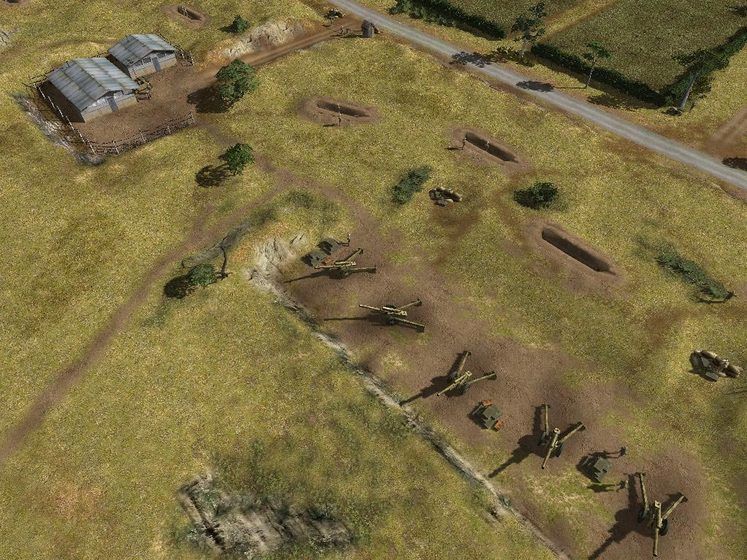 During the actual game, you begin with a set amount of troops, that’s to say there is no base building in the game instead you focus on the troops you have available and use them to their best effect during the course of a mission.

You can control individual units of infantry using the usual drag select to group many units together. Each unit has different abilities and armaments, for example you could have riflemen which will make up the bulk of your forces, and who act as your standard troops not too heavily armed but reliable, engineers who can clear mines of beachheads, medics who will of course heal injured troops, flamethrowers who are excellent at destroying machine gun emplacements and damaging fortified bunkers, then of course there are the various tanks, jeeps and planes available throughout the game and so on. In point of fact, in D-day there will be over 60 different units available in the course of the game. 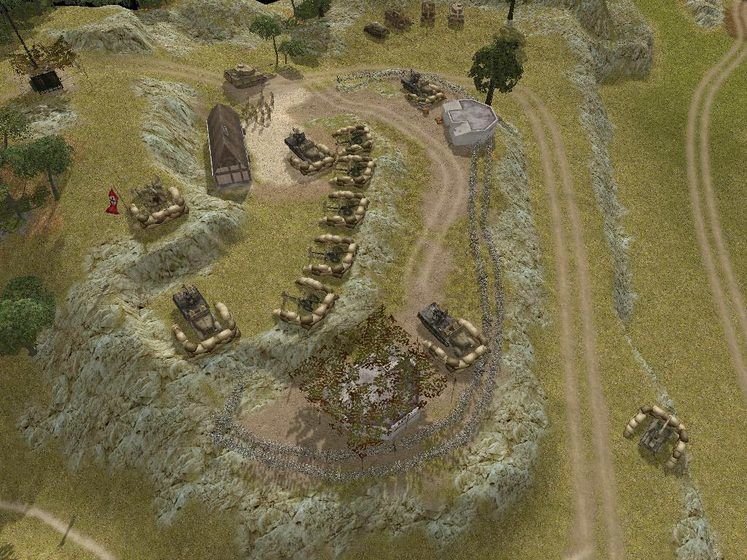 Each of these units are effective for different situations, there is no point in sending 30 riflemen through a mine field without first utilizing your engineer, and there would be little point in sending a engineer against a machine gun nest, as you only have a certain amount of troops in each mission, which will mean you’ll have to be much more careful with the use of your troops.

This will force you to think of different tactics and strategies for each separate mission in the three campaigns available in D-day. For example, when storming a beach in one of the missions, you’ll have a great deal of infantry and few tanks, however if you charge with your infantry you’ll get slaughtered by the Nazis who are well entrenched with multiple machine gun nests, fortified bunkers and artillery positions, but if you roar through the beach with your tank you will find it will be destroyed in no time at all by a land mine, so you will have to carefully use your engineers first to defuse mines on the beach head, and then move your tank forward to act as a screen to protect advancing infantry who can move behind it. 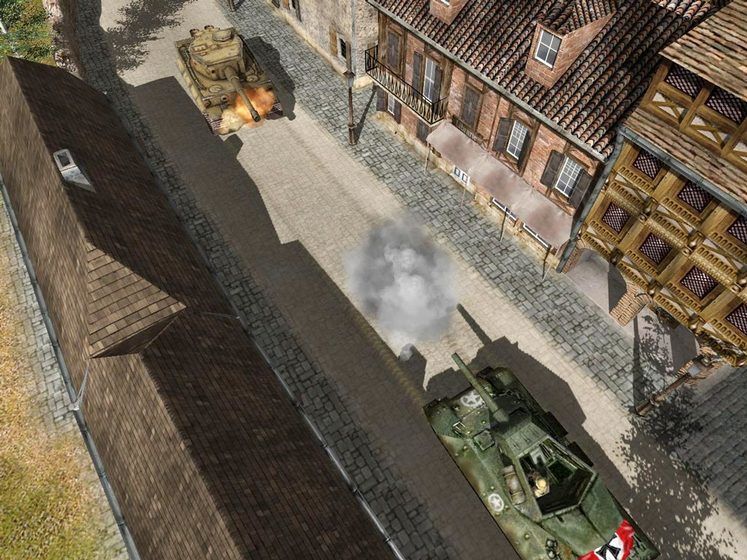 There is even a broader scope for tactical and strategic decisions in D-day, you can actually target individual parts of enemy vehicles and tanks. You could immobilize a tank's tracks or damage its turret so the tank will be ineffective and essentially out of the picture. You can also call in air strikes on specific targets with a high degree of accuracy and take over enemy positions and use their own defenses against them. 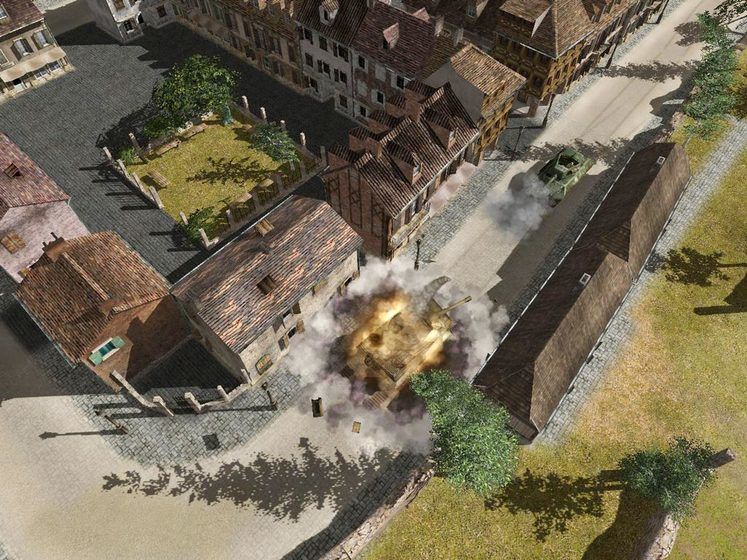 The music in D-day is almost in a constant fast pace which sounds suitable for the period in history and goes in well with the pace of fighting in D-day. Each type of unit has its own sounds and each weapon does as well, so in the heat of battle you can distinguish between various sounds and change your tactics accordingly. Also, it can have a impact on game play because in a fire fight with densely packed infantry you can hear enemy artillery shells incoming and decide to withdraw your troops in the nick of time before the artillery shell hits the area. Also your troops will shout out commands such as ‘flank them on the right’ so you know what basic strategy they are going to undertake, also they shout obscenities at the enemy, which helps to bring D-day to life.

D-day is also set to include multi player functions, for up to eight players online with twelve multi player maps to choose from, three different battle modes and will also come bundled with a map editor so you can create your own maps for online play. 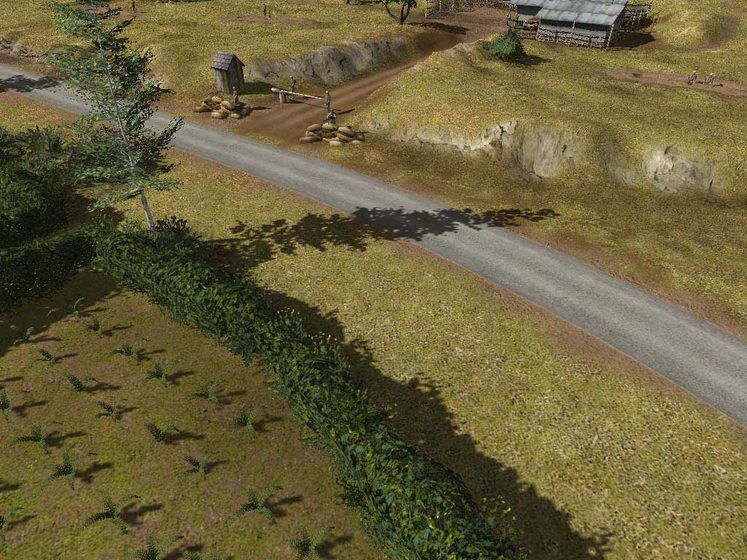 D-day is set to come out sometime in August and will feature three historically accurate campaigns from 1944 featuring around the D-day landings, each campaign will have four large missions to it, on top of this D-day will also include interesting historical documentaries and a wealth of information surrounding each mission in game and what happened historically. D-day’s minimum system requirements shall be a 1ghz processor, 256MB RAM,, a 64MB graphics card and 1 GB of free disc space. 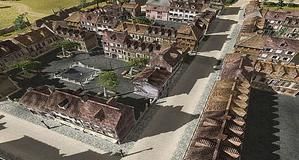