Move Over Zombies, It's Time For Some Aliens!

One thing that I desperately try to avoid doing when writing about a new game is compare it to another that it’s very loosely similar to. All too often we hear that classic comparison of a game being “ just like Dark Souls” when a lot of the time, it really isn’t like Dark Souls at all. However, after seeing Earthfall for just a few seconds, I couldn’t help but think about how much it reminded me of Left 4 Dead. Thankfully, it seems like that’s exactly what developer, HoloSpark is going for, and in this case it’s very easy to see the clear influence here, with a few tweaks of course. 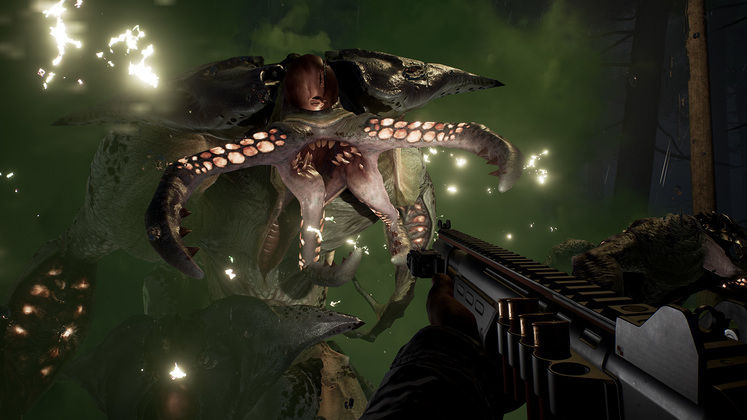 So nine years after Left 4 Dead 2 released, Holospark are stepping up to fill the gaping void that Valve has so mercilessly left us with. Switching out zombies for aliens, Earthfall is set in a world struggling through rubble, following a destructive meteor shower. Players will be able to jump in with up to three friends to tackle the alien threat and make their way through various areas and levels. The characters: Danny, Maya, Roy and Jonas each have their own personality and their individual traits certainly shine through over the course of a level in Earthfall. You’ll be seeing a lot of these guys, whether you’re playing through the game in a group or whether you’re joining on your own as the AI will fill the gaps in your party.

With regards to extraterrestrial enemies, let’s just say you’ll be seeing a lot of them, but you’ll also have a variety of options to help you defeat them. This is where HoloSpark is reinvigorating the co-op shooter experience. Rather than betting on finding weapons strewn out in the world (although you can still do this) and hoping that you’ll get something good, you’ll want to look out for 3D printers. Once you locate a printer and ensure that it has power, you’ll literally be able to print out the weapon that you want to use. From what I’ve seen of the game so far we have a lot of weapons to look forward to, including a powerful shotgun, axe and a flamethrower. Another new feature arrives in the form of portable barricades that you can deploy pretty much anywhere. Despite only spending a small period of time with Earthfall, it’s easy to see how useful these barricades will be, whether its buying you a few extra seconds while you revive a friend or providing you with time to reload and prepare for the approaching hordes of aliens. 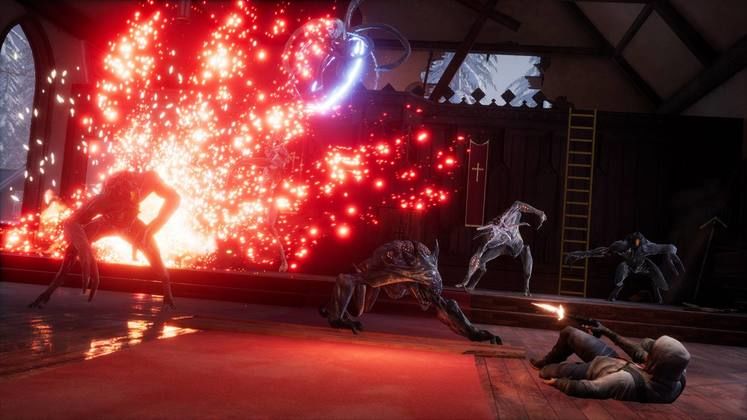 As you’d expect, you’ll begin each level with an objective and these will update as you progress with your team. Naturally, along the way you’ll meet countless enemies, who usually appear in large groups. Common species will appear often and can overrun your team easily if your tactics aren’t quite up to scratch. However, there’s a mix of unique enemies that you’ll come into contact with sooner or later, too. The ‘Sapper’ is a large enemy with a greenish tinge to its skin. This species expels a poisonous gas when defeated, making them dangerous to your team, even after death. The Blackout enemy resembles a squid-like creature that uses an energy shield to protects it. Oh, and this thing can also defy gravity and float around you, making it particularly annoying to encounter. My experience with the alien species in the preview build felt varied and definitely kept me on edge as I continued to explore the level.

Earthfall is currently available on Steam Early Access. While it doesn’t have an official release date as of yet, its scheduled to release on PC (exiting Early Access), PlayStation 4 and Xbox One in Spring 2018. 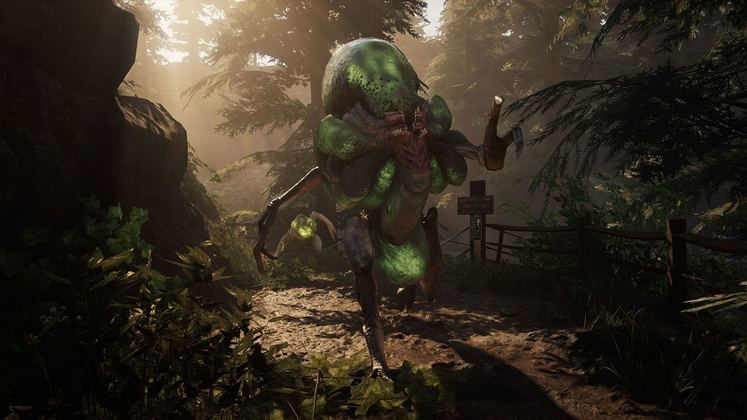 With HoloSpark recently releasing a new level, new enemies and a new menu system, it seems as though the game is on a good path leading up to its release (which should be announced shortly). I was pleasantly surprised that the game ran so well on the PCs at EGX Rezzed and in my interview with Collin Moore from HoloSpark, he confirmed that Earthfall will run at 1080p/30FPS on a fourth-generation Intel processor. This should give us a good indication on what the game should run like on beefier builds. The developer also has high hopes for how the game will run utilising the AMD Ryzen 3 2200G and is aiming for a strong 1080p/60FPS on that.

Make sure you check out our interview with Collin Moore, Senior Community Manager at HoloSpark.

Booting up Earthfall on a Friday evening and playing through a few levels with three friends. 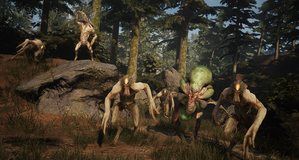