The fourth LEGO DC game focuses on the villains, but is it any good? 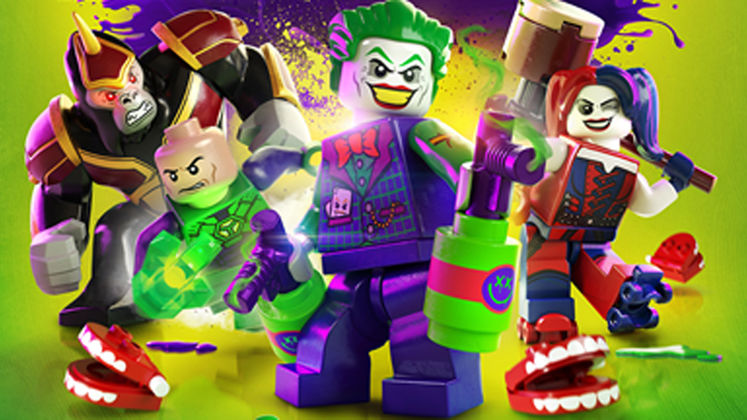 Disclaimer: I am an utter DC Comics nerd. So while Marvel’s Spider-Man on PS4 is cool, for me LEGO DC Super Villains is the more exciting game of the year. The LEGO games may seem identical, but they’re shot through with an obsessive love and attention to detail for the franchises they cover - and none more so than the LEGO DC games.

We got a hands-on with LEGO DC Super Villains at EGX 2018, covering two full levels of the game, a lot of villains, and the custom character creator. And we’re even more excited than we were before. 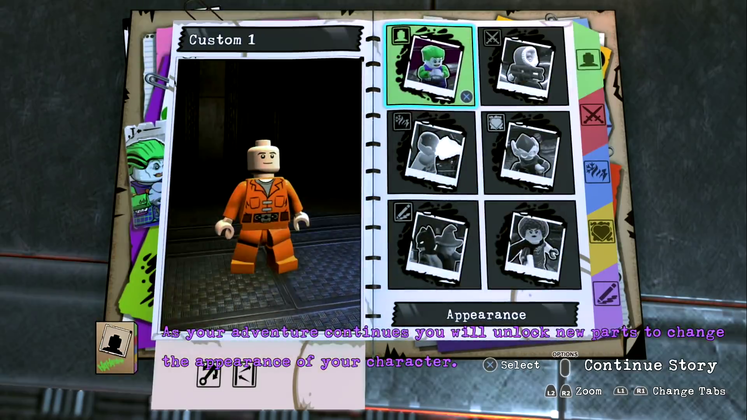 If you weren’t aware, or had ignored the game because it was a LEGO title, LEGO DC Super Villains is the fourth proper DC Comics LEGO game, after the excellent LEGO Batman trilogy (and not counting LEGO Dimensions). After three games focusing on the heroes of the DC universe, this one focuses on the villains. The Justice League have disappeared, and have been replaced by their evil dopplegangers, the Crime Syndicate of Earth-3. It’s up to the villains of this Earth to actually do some good for a change - in the worst way possible.

One of the neatest new things LEGO DC Super Villains has going for it is the custom character creator. These were in previous LEGO games, but they were always hidden away and not given much thought. This one is front and centre in the game. You have to make your own DC Villain - and the options are ridiculous. You can customize every single LEGO piece or add on whatever you like. Do you want to play as a pink Bane with a purple Superman cape who fights with a fish? You totally can. 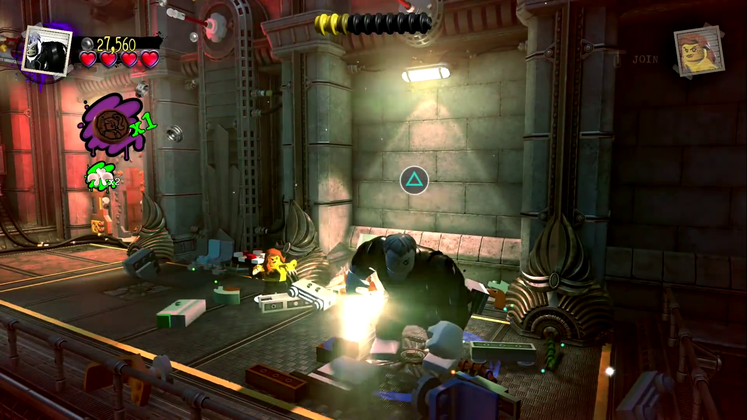 The first level I played was Stryker’s Island, the prison in Metropolis. Commissioner Gordon escorted in my brand new custom character, who looked a bit like Ares except wearing Superman’s cape and boxer shorts. There we met Lex Luthor and his loyal bodyguard Mercy Graves, who were planning a breakout - and we joined in.

Previously LEGO games introduced the idea of characters having unique skills, which can be utilized to solve puzzles, but LEGO DC Super Villains gives everyone a special skill. Lex Luthor can hover and hack machines. Captain Cold can freeze things. Joker can recruit henchmen. Harley Quinn is acrobatic and carries a big hammer, and so on. It really forces you to try out all the different characters, and not just stick to Joker all the time. 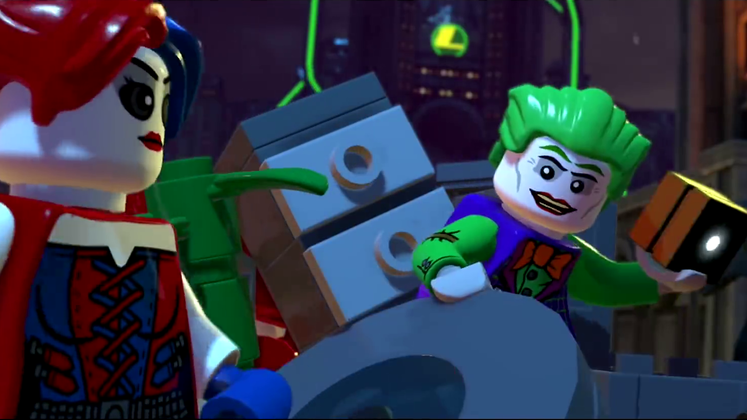 Stryker’s Island is certainly a cool setup level for the game. Eventually it cuts to Cheetah and Solomon Grundy who have to do another stage of the breakout, then back to Luthor, and there’s some mysterious prisoner who they’re all converging on… it’s all very exciting, and flows much better than many other LEGO games I’ve played. Then Superman shows up and the action cuts to the Joker and Harley Quinn, who are being chased by Batman and seem to be up to their own mischief.

The Joker part is particularly cool, as it involves scaling a clock tower, recruiting henchmen along the way and sending them to deal with cops - or making a human trampoline for Joker and Harley to bounce up to the next level with. There’s fun circus gadgets along the way, as well as the usual fun LEGO constructions. Then the Crime Syndicate turned up and it was time to move on to the next level: Gorilla City, the secret home of a race of intelligence gorillas. 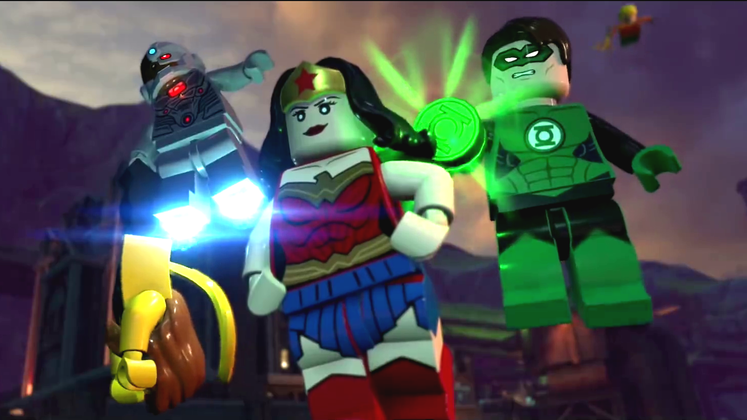 Gorilla City was even more imaginative. It was almost Indiana Jones-like with traps amidst ancient ruins, there was even a giant rolling boulder - although I don’t remember gorilla soldiers in Kingdom of the Crystal Skull. There was a whole party of characters to control (remember when LEGO games were limited to two characters at a time?) and all were useful. I particularly loved the new feature of enemies wearing armour that only a certain character could defeat - like soldiers in gold armour, which Heat Wave has to melt.

It all concluded with an epic boss fight as I played Gorilla Grodd fighting against Solovar, the nicer gorilla boss of the city. I’d electrocute him against pylons, bash him, or throw miniature Statue of Libertys at him (awesome). And then it was all over, and Grodd joined the Legion of Doom. I am very excited for this game. 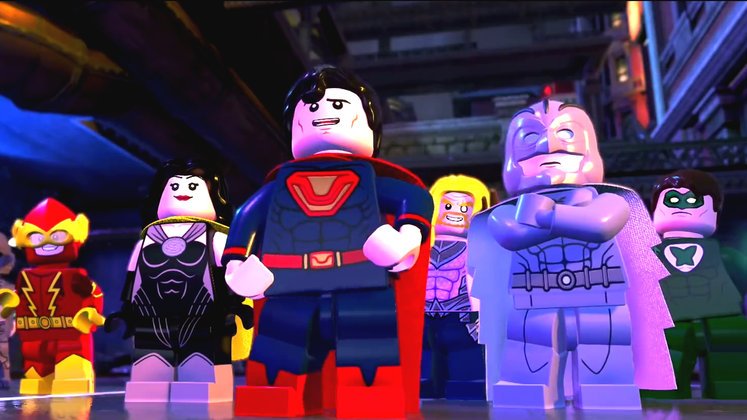 Just want to say about the voice cast before we finish up: perfection. A load of classic animated series voice actors are returning to their roles, despite not featuring as them in previous LEGO DC games. The likes of Kevin Conroy as Batman, Susan Eisenberg as Wonder Woman, Mark Hamill as the Joker, and Clancy Brown as Lex Luthor are all fantastic. The animation is equally great though, with some wonderful character touches - such as Gorilla Grodd beating his chest as he walks or Lex Luthor constantly looking smug.

LEGO DC Super Villains, honestly, is one of our most anticipated games for the remainder of the year, and that's even if we include Red Dead Redemption 2. The DC Comics love and attention to detail is off the charts, and is enough to make any DC fan happy - and combined with some neat additions to the tried-and-true LEGO gameplay, and a general improvement to the flow of the levels, has us very excited. And we haven't even mentioned the open-world hub which includes Gotham, Metropolis, Smallville and the planet of Apokolips, and is supposed to be the biggest open world ever in a LEGO game. We'll find out when the game comes out in a couple of weeks. 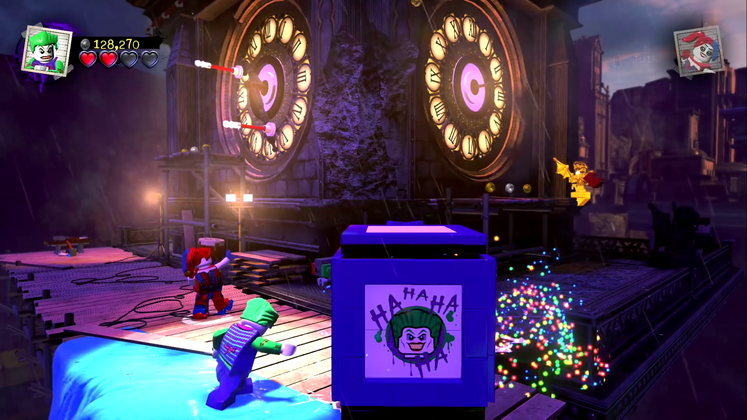