06 April 2011 | By Joe Robinson
As great as Mount & Blade: Warband was as so-called 'sequel' (iffy) to the silent stunner that was the original Mount & Blade, it was really only an improved version of that base game, with a lot of elements remaining the same. TaleWorlds next game in the franchise however – With Fire and Sword, adds a whole lot of 'new' to the mix, along with an array of tweaks and enhancements that's shaping up to be another worthy addition to the series.

First off, It's important that you understand what Mount & Blade: With Fire and Sword 'is'. Whilst it's got a few improvements over Warband, and a few extra little touches in terms of core mechanics, it's not strictly speaking a 'new' game in the franchise. With Fire and Sword was actually a spin off title made of the original Mount & Blade game, however that had only been released in Eastern Europe. Now, the same studio that made it (not TaleWorlds, incidentally, but they are involved), have brought the game into the Warband engine, touched it up a bit, and it's now being given a western European release.


It's important to keep this in mind, whilst there are many new elements to the game, a lot of things have remained the same, and a few things that Warband introduced are, in fact, absent. Marriages for example, are not present In this game, as are a few of the more intricate role-playing elements that Warband implemented. The danger With Fire & Sword, and indeed with the franchise as a whole now, is that the improvements are starting to come piecemeal and staggered, which diminishes the overall value of each individual title. But that's by no means happened yet, so there's still plenty of time for a Mount & Blade 2.

As we mentioned before, With Fire and Sword offers a brand new setting, this one based in history. Based off a popular Polish novel of the same name, this game actually takes place in Eastern Europe, with the playable factions being the Kingdom of Sweden, The Muscovite Tsardom (Russians), the Crimean Khanate, Poland itself, and a de facto 'rebel' Cossack faction fighting for its independence. Stretching from Moscow, to Warsaw, from Novgorod all the way down to the Crimea, the new location helps give off a feel that you're re-discovering the game all over again. TaleWorlds have added an actual element of story as well, with multiple 'endings' to a main quest line.

Aside from that, the basics are the same as ever. After a quick tutorial, you're dumped on a spot on the map and told to get on with it. Again, to help give you direction there's a number of starter quests you can do which introduce you to different aspects of the game, such as trade and combat, as well as sowing the seeds for future quests and plot lines.

There's some other changes to the game as well – mainly the way you recruit your army. Instead of being able to just go to any village and pick up peasants, you have to go to mercenary camps and recruit your units there. There's only a handful of them on the map, and they are located and themed upon the faction they're closest too. At these camps, not only can you hire what type of unit you want, you can also out-fit them with whatever weapons and armour you want, given you increased flexibility. You can also hire mercenaries in taverns much more cheaply, so between the two changes your armies can be more mixed and diverse.

Probably the biggest change though is the official inclusion of gunpowder weapons (Mods had previously included muskets and what have you in pat titles). These muzzle-loading muskets add a whole new dimension to the game play, which is not surprising given their historical impact on warfare, and you may even find getting used to the new weapons challenging, which is good. Firearms are given their own skill tree, and are harder to master than the bows and crossbows of the original game.


In addition to new weapons and tactics, the siege mechanics have also been improved. Whilst Ladders are still standard fair, you can also now blow big holes in the wall, or poison a stronghold's water supply. What's really going to make this game great though is the little things. Combat formations, improved multiplayer, the guns as we've already mentioned... even the fact that you can make a square mini-fort out of your wagons whilst on the move (Zulu-style), all these things add real character this version of the game, and help keep things interesting.

Thankfully, unlike Warband, this is not being priced as a full sequel, so there's added value to offset this incremental update to the franchise. As TaleWorlds gets more and more experienced, and hopefully get more and more money, this game is only going to get better and better. Sure, eventually they'll probably want to make something else, but until then, we look forward to With Fire and Sword and what the future holds.

Most Anticipated Feature: We've played some multiplayer, and we can't wait to play it again with more populated servers and matches. 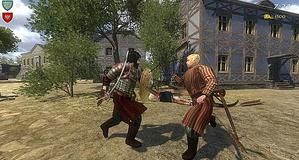 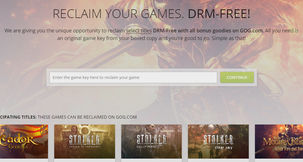 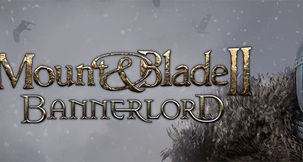