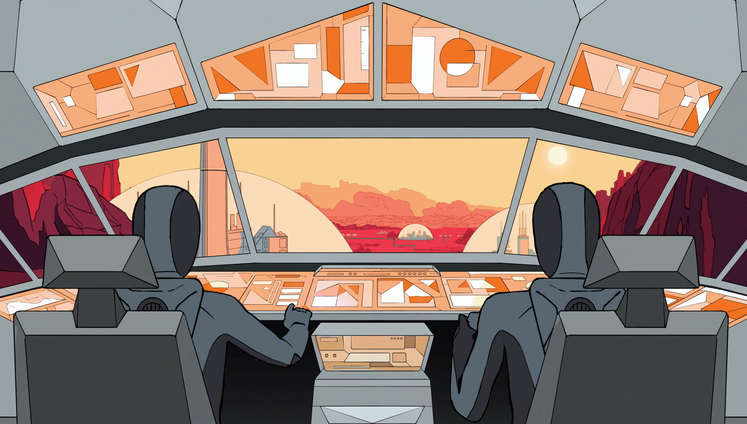 If Matt Damon and The Martian has taught us anything, it’s that surviving on Mars isn’t very fun. It’s tough, grueling, unforgiving work, and you probably won’t have all the resources you need. Haemimont Games (the developers of Tropico) and Paradox Interactive are recreating all this in Surviving Mars, with one crucial difference – it actually is fun. Extraordinarily so in fact. We got a hands-on with the game, so check out our thoughts – and exclusive gameplay video – below.

Check out our list of The Best Strategy Games on PC! Want a more hands-on Mars Survival experience? Try JCB Pioneer: Mars! If you don’t know, Surviving Mars is a management-strategy sim where the goal is to build a functioning human colony on Mars. The funny thing is, at the beginning of the game there aren’t any humans involved. In fact the very beginning of the game doesn’t even feature Mars! It all starts back on good ‘ol Earth, making decisions and planning for your first rocket to Mars – a rocket that will contain no people, only robot drones who will put the colony together, under your supervision. 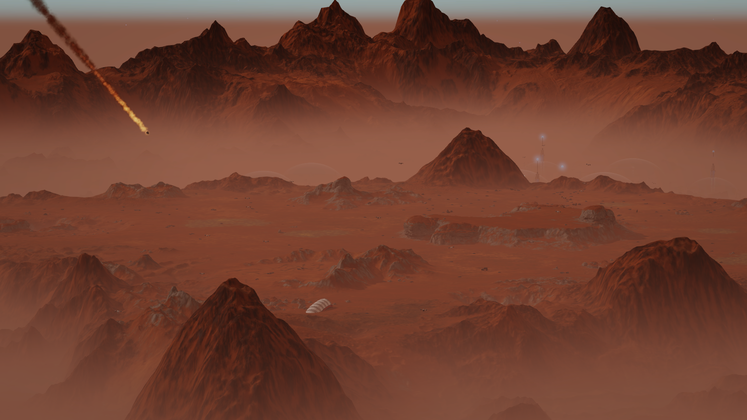 While it’s possible to click right through them, there are a lot of fun options available on Earth. The choice of Space Agency as sponsor is essentially difficulty, although there are a wide range to choose from with different buffs or perks for each – although there’s probably some social commentary there regarding Russia being the most difficult option – you get decent fuel options with them at least. With the easiest, International Mars Mission, you don’t even have to worry about fuel for rockets so you can send as many as you want to get stock from Earth.

You can buy a bunch of pre-packed buildings such as generators, or hard-to-get resources like Polymers, and stock up your first rocket as you please. Make sure you’ve got some vehicles though, they’re your main work force. What type of Commander you have gives specific perks, such as better funding, better drones, better tech, or less chance for your colonists to go mad and kill each other (we’re not kidding). 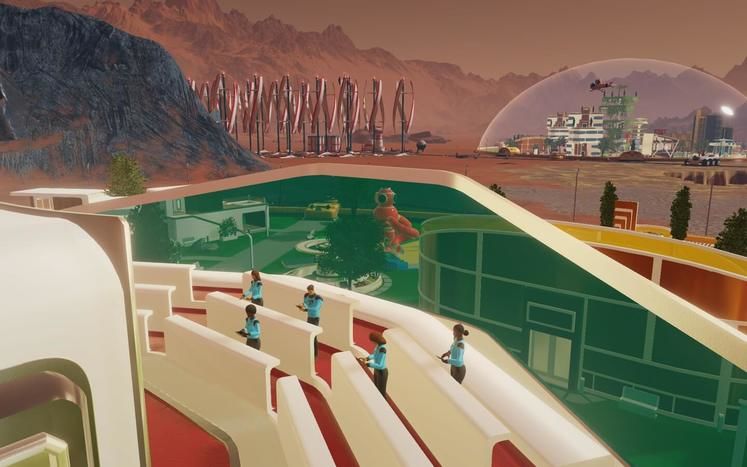 The mission logo is nice (of course I went with the one called ‘Serenity’), but of most interest to me, apart from getting started on Mars, were the Mysteries. You get to pick one of these and essentially it’s a twist in the colonization tale, similar to what natural disaster you wanted in SimCity (Godzilla, always Godzilla). There are many to choose from, including discovering artificial intelligence, finding a Stargate, encountering weird Borg-like Spheres, to the straight-up Star Trek titled ‘The Inner Light’ - from the best episode of Next Gen bar none. All have quotes from famous science fiction authors to introduce them, with the exception of the latter which has Captain Jean-Luc Picard instead. I went for that one.

Enough of that preparation nonsense, let’s get our ass to Mars. We choose our location, somewhere not too rough with plenty of resources, and touch down. It’s a glorious feeling, seeing a rocket land on a new planet and watching all your robots make the giant leap for mankind so man doesn’t have to. As the drones pour out I get to work ordering them about. I scan for Anomalies that my Explorer can check out, put down some excavators to mine and make Concrete, and get some power generators and a Drone Hub going – because the one thing that even robots need is power. 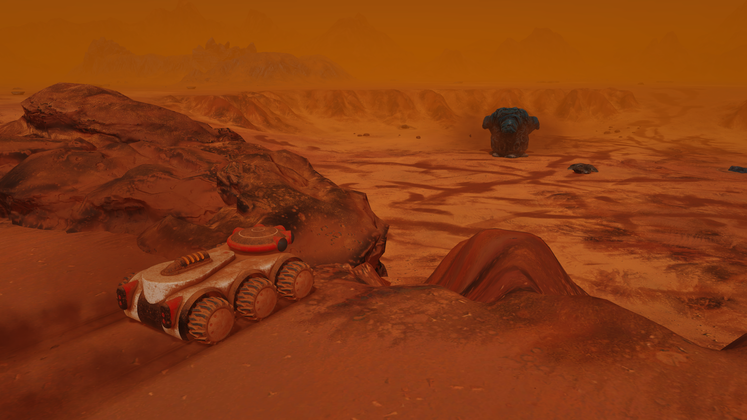 Haemimont are very clever. They’ve designed the beginning of Surviving Mars, before the humans arrive, as a bit of a relaxing introduction. Without food, water, or oxygen to anguish over, and the drones can fix or create anything, so all you have to worry about is running out of money or resources. I’d never played Surviving Mars before and I still got my first Dome together without too much issue. Well, mostly.

The pre-human stage is, of course, entirely for you to prepare for the Human Overlords to come along and wreck Mars like they wrecked their own planet. This means exploring, mining and storing resources, building the basic survival facilities for the hue-mons, and then finally Dome Sweet Dome. I plopped down a load of Solar, Wind, and basic Stirling Generators for power, got to work on some Moisture Vaporators (no going to Tosche Station to pick up some power converters on my watch) and oxygen plants, then connected the whole lot up with pipes and cables until the time finally came where I was ready to build my Dome and usher in humanity. 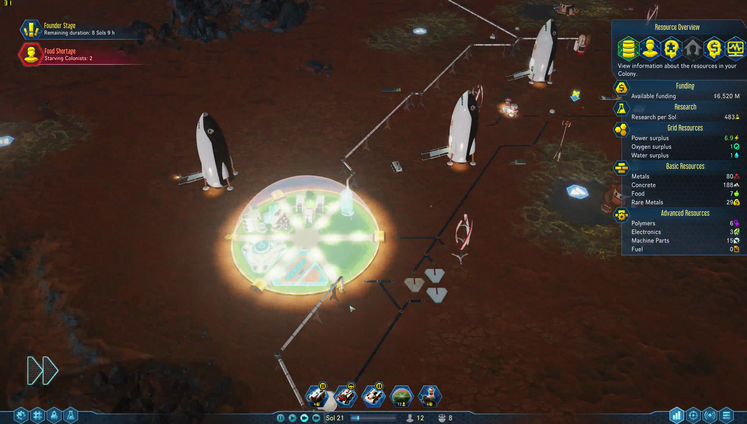 I discovered that Domes take a while to build. They also take a lot of everything, especially resources and energy, of which I also discovered I didn’t have enough of either – especially the dratted Polymers. A nearby meteorite got me about 2 Polymers, but I needed about 30 and I’d used most of the stuff I brought with me to build all the various generators, excavators, etc. I requested another rocket from Earth with a load more materials, and once it landed we got to work proper.

It took a while, but my beautiful first Dome finally got completed. Oh no! There’s not enough power! That’s no good. Dumping down a few more Wind and Solar Generators, while my drones built them I switched off a Concrete Plant, Sensor Tower, and my Northern Drone Recharger I wasn’t really using. Oh no! My water pipe’s sprung a leak! No matter, one of my drones will fix it. I plopped in some living quarters, hospital, research facility, gym, and recreation facilities into my Dome, and ordered a rocket full of humans. 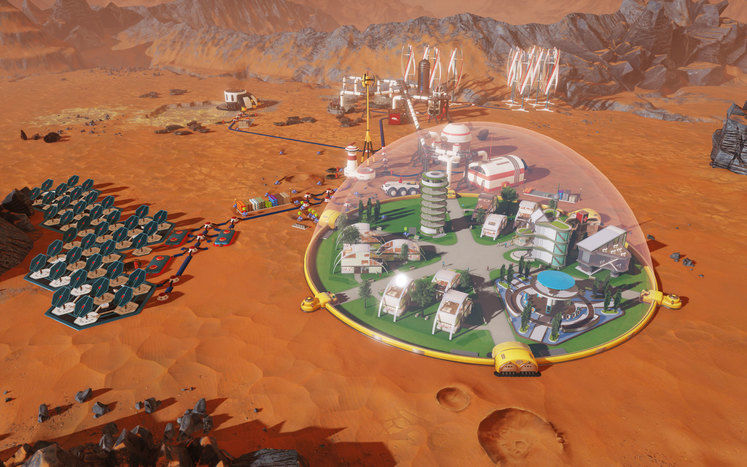 They arrived and immediately started complaining. Typical humans. Of course, this is the point I realized I forgot to pack them any food. Or build any way of making food, since I hadn’t built a farm yet. And we don’t have any rockets left to get food here. This could be a problem. Then, in what our Paradox representative assured me was extremely unlucky, a meteor decided to miss the thousands of miles of empty rocky desert and hit my Dome instead. Things were only going to get tougher from here on out, I could tell.

Surviving Mars is out March 15, and you can check out the Steam page right here.

I only got a taste of Surviving Mars really, but I was massively impressed. It has a charm that many management games lack, and an ability not to take itself too seriously. While initially overwhelming with all the options available, I loved how Haemimont cleverly give you time before the humans arrive to screw around, learn the systems, and work towards essentially the start of the game – and you get to decide when you’re ready for that to happen. 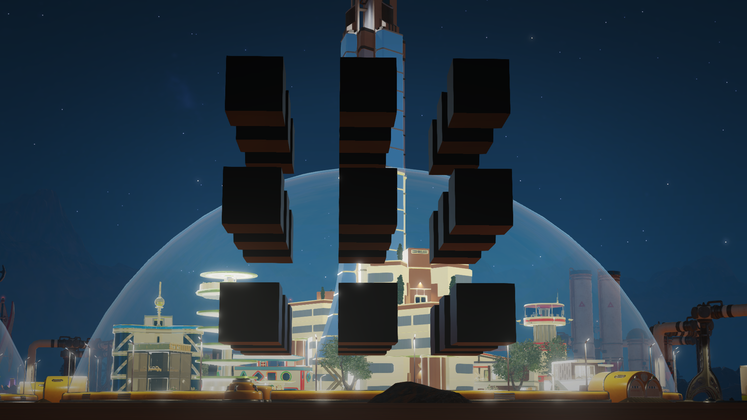 Was there anything I didn’t like? I certainly only had a far-too-short hands-on with Surviving Mars, so the majority of things there I simply didn’t have time to get used to – such as all the important Research choices, or just reading every tooltip that popped up (which were nice and clear, by the way). I’m not usually a fan of placing cables and pipes in management games but Haemimont have kept that nice and simple too.

Literally the only thing I actually didn’t like was the Storage – there are many resource storage options (which I feel is unnecessary for starters, just have one), but if you build one too far away from your colony you’ll have to spend time shuttling resources from one Storage unit to another so they can be used. There may be a way to make this easier which I’ll have to investigate in the final game, but it got annoying when I’d nearly finished my Dome and the resources I needed were just out of reach of my drones, so I had to build a new closer Storage to move all the stuff from the old one over to. This is such an exceptionally minor thing to worry about though it’s almost comical. 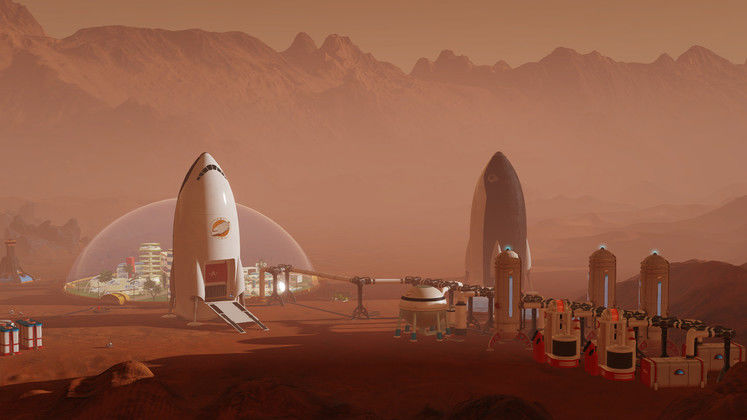 There are a large number of management-strategy games out in 2018, from Bullfrog throwbacks Two Point Hospital and Project Hospital, to the wealth of dinosaur park sims including Jurassic World: Evolution and Parkasaurus, and that’s not to mention DLC expansions to the likes of Planet Coaster, Dungeons 3, and Cities: Skylines. And yet, based on the short amount of time we spent on the red planet, Surviving Mars could well be the best Management-Strategy Sim out this year.

And we’ll know for sure whether I can repair the big hole in my Dome, not to mention work out what all those weird black alien cubes everywhere are on March 15.

Getting further in the game and uncovering the Mysteries. Check out the end of our gameplay video below for a taste of these. 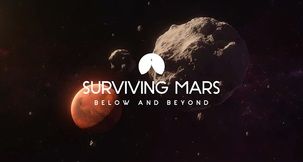 Surviving Mars: Below and Beyond Adds...

Surviving Mars has "great opportunities" to...