As you know, mobile games have a specific design to them. They’re made for the short term. The bus ride to work; the bathroom break; the quick flight. So when developers port that mobile game to PC with hardly any modifications, it doesn’t turn out well for players. So, what about a seasoned mobile developer creating a game just for the PC? That’s what Lion’s Shade and HeroCraft are doing with Tempest. This isn’t HeroCraft’s first PC game but it’s only their second and the mobile influence is thick. And in many cases, it hurts the experience.

Tempest is a pirate game. You command a ship, deck it out with powerful cannons, fill it with men who are looking to travel the seas, plunder booty, fight your enemies, and slay sea creatures. Besides the dialogue, this is stereotypical pirate stuff. You set out on a journey that is basically context for you to get out there and blow stuff up. You travel by drawing a line to the destination you want to go to or by sailing the seas good ol’ open world style. Along the way, ships will pop up and if you click it, you will engage in battle. If you stop at a port, you can buy different items to upgrade your ship, recruit shipmates, or buy other supplies. But navigating all of these things starts to feel very much like a mobile game after a while.

Outside of the open-world, if you’re not clicking something, you’re swiping. Or in the case of the PC, you’re clicking and dragging. But the language used in the game is swipe. Yes, you can click little arrows in the corner if you’re looking at the shop screen to move to the next section, but they’re kind of small and not in a natural position. Even on the map as ships pop up, they pop up in such a way that you can tell it was designed as if a finger was supposed to tap it. 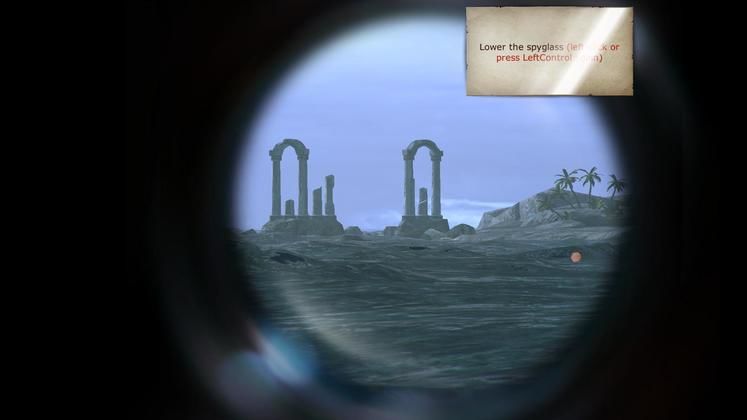 The telescope allows you to get info on your enemies and do more damage.

Or take rearranging your crew. By placing your crew in certain parts of the ship, you can optimize your sailing, especially for battle situations. Put more crew on the sails to drop the sails quicker and sail better through wind. But in order to rearrange them, you need to click and drag them, and then you need to slide back and forth to determine the number of crew you want to place. It just doesn’t feel natural for the PC.

And then the overall structure of Tempest resembles a mobile game. In mocks the style of Hearthstone. Play a quick match, then put the game away. Tempest sports several missions but it all amounts to sailing from one place, fighting or discovering something, then moving on to the next place. It feels like busy work. 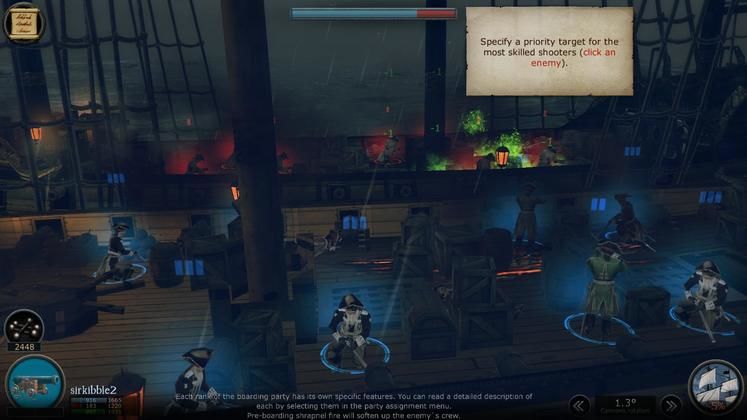 You can board damaged ships and put your crew to work on the enemy boat.

However, Tempest shines with the ship battles. You’ll notice it resembles Assassin’s Creed: Black Flag. I haven’t found it as deep but the battles are engaging. You’ll want to engage in as many as you can if you want to upgrade your ship, but some battles are much tougher than you expect and there’s no real way to determine what’s too tough, unfortunately. That could mean a loss of quite a lot of goods and that’s frustrating.

Wind is also frustrating during battles and open-world sailing. A wind indicator keeps track of how the wind is affecting you and sometimes after you destroy a ship and are going for its loot, you have to sail against strong winds and it takes forever. Or during battle, you’re puny ship has to go against the wind in order line your shots better but it destroys your maneuverability. 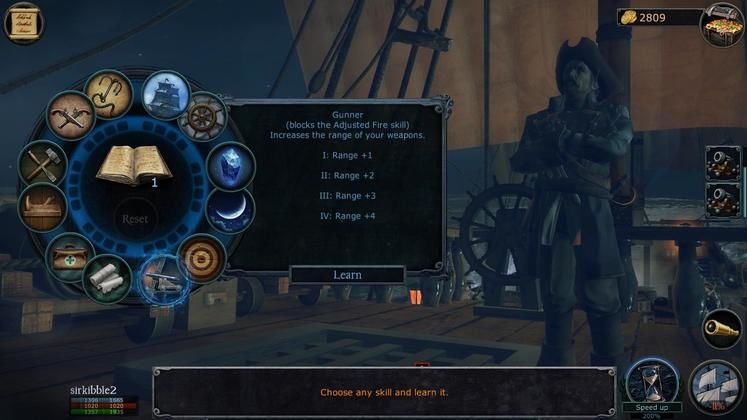 Skill points allow you to specialize in seafaring affairs.

Tempest does include online play, which places other human sailors on your map and they could be friendly; or not. Not too many people were on when I played and I never encountered the person who was in my game because I was busy finishing my missions. I can see the appeal when it’s more populated but my first taste was rather dull.

Tempest is available now on Steam and costs $14.99. 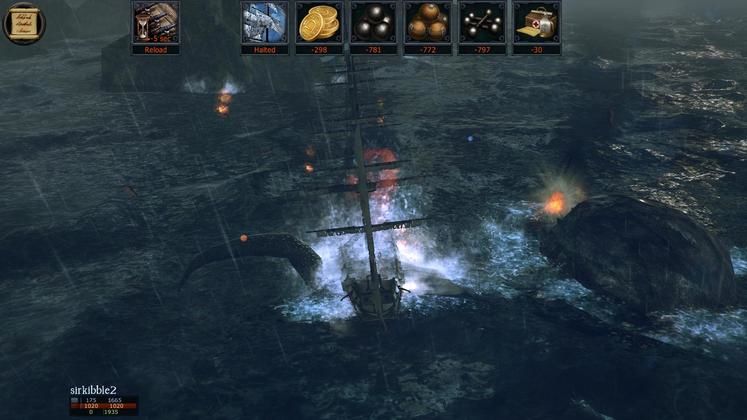 Sea creatures can pop up and destroy your ship.

What do you expect from a mobile developer? I’m not surprised the mobile feel is so strong but I can say confidently it does not completely ruin the game. It feels weird to click and drag something like a mobile game but it’s not the end of the world. What’s more bothersome is the structure of the whole game. I can imagine that can wear on people quickly. But where Tempest has the most draw is upgrading and taking on other ships online. Otherwise, PC purists or seasoned PC folk might not enjoy this game.

Most Anticipated Feature: Upgrading and fighting folk online. Seems like it could get ugly out there. 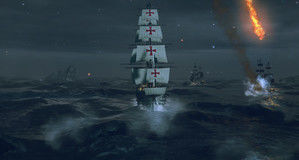