Screw Christmas: Halloween is the best holiday. I just wish we actually got time off for it. Nevertheless it’s a holiday devoted entirely to ghosts, monsters, scares, tricks, and candy, and I think we all can get behind that. Many publishers and developers consider the Horror Holiday the perfect time of year to release their scary games since everyone’s feeling the itch for some bone-chilling terror in their lives, and 2014 is no exception. So when October 31st rolls in like the fog rolls into Silent Hill turn off the lights, prepare a fresh pair of pants, stick on one of these new titles, and start the screaming. 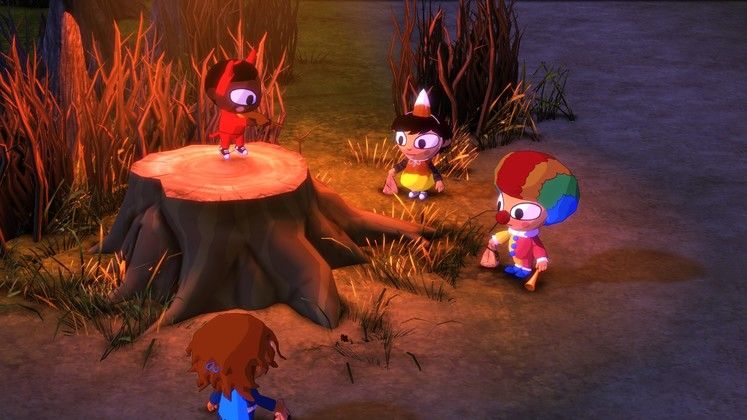 Double Fine’s latest title isn’t remotely scarifying, but this is what you play before the sun sets – the “It’s The Great Pumpkin, Charlie Brown” of the videogame world. A sequel to their charming Earthbound-style RPG where trick or treating kids have to save Halloween while fighting battles where they turn into the characters they’re dressed as, Costume Quest 2 follows the same premise except this time they’re out fighting a time-travelling megalomaniacal dentist. Sounds fair to me. If you’ve played the original and the Grubbins on Ice DLC pick it up if you want to see the holiday in the past, present and future. Costume Quest 2 is a celebration of Halloween itself, so it deserves to be on this list. Funnily enough it’s actually Double Fine’s first sequel, incidentally. 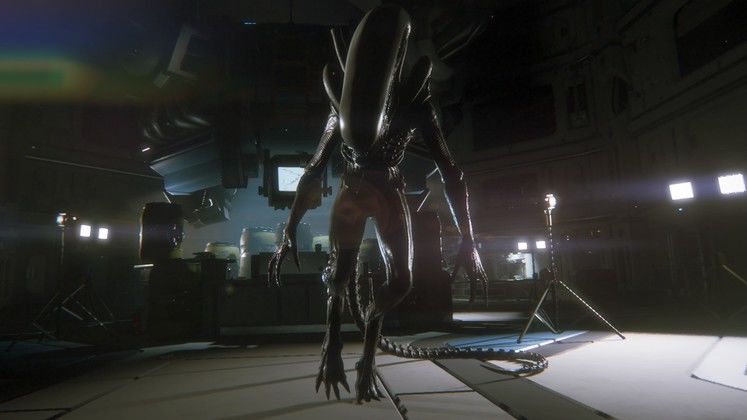 No Halloween is complete without being hunted by a monstrous extraterrestrial, so it’s a great thing that Alien: Isolation made it out in time. That it’s also one of the best games of the year is a happy coincidence, but it’s certainly the most nerve-shredding experience (and arguably a bit padded out). There’s only one Alien, it can’t be killed, and it has absolutely every advantage over you. It runs faster, it can go anywhere, it’s an efficient deadly hunter and you’re a little girl with a wrench. If you want to be the prey, not the predator, experience true horror and play Alien Isolation.

THE CLASSIC SURVIVAL HORROR: The Evil Within 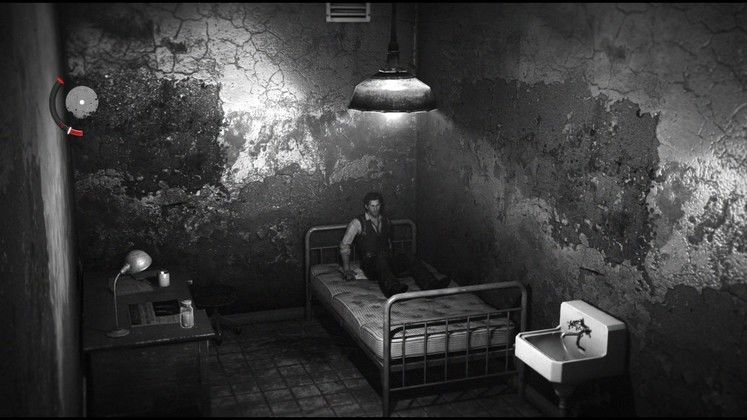 No list of scary games would be complete without a classic Resident Evil-style survival horror title, and that franchise’s creator Shinji Mikami has mixed it with other classic horror series Silent Hill to create The Evil Within, fortunately out just in time for Halloween. Troubled police detective Sebastian Castellanos gets pulled into a mental patient’s psychotic nightmare and has to fight his way past zombies, monsters, zombie-monsters and a giant brain to escape. Yes it might feel decidedly old-fashioned with its claustrophobic camera, over-the-shoulder aiming, brainless monsters, poor PC porting and dear god are those widescreen bars?! Ahem, nevertheless it’s creepy and disturbing throughout and keeps you on your toes from beginning ‘til end.

THE SLOW BUILD TOWARDS A JUMP SCARE: Five Nights At Freddy’s

A slight cheat as this immediately famous horror game released in August so I’m stretching the definition of “released for Halloween” slightly, but I can’t think of a scarier game to play on October 31st in the dead of night. You sit alone in your security office with limited power as the animatronic characters of Freddy Fazbear’s Family Restaurant come to get you. Keep a close eye on them and use that power sparingly, otherwise they’ll eat your face off. Fun fact: I love scary games, but even though I own it I’ve not been brave enough to even attempt Five Nights At Freddy’s. On Halloween I will, so if I’m not around in November you’ll know why. 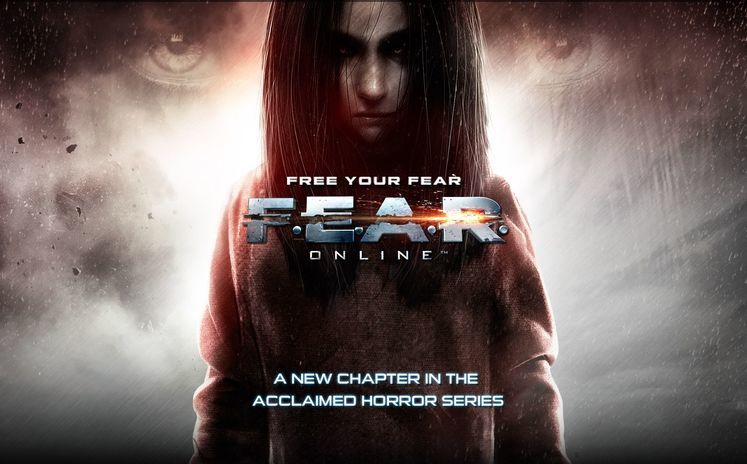 The what? Oh, it’s F.E.A.R. 2: Project Origin’s multiplayer mode released for free with a load of microtransactions slapped on. You remember F.E.A.R. 2 right? It was pretty good, despite being one of two sequels (the other being bizarrely-only-on-console Condemned 2) that turned Monolith from a respected FPS developer to a Warners-owned “whatever the hell we need you’re doing it” studio. The multiplayer was pretty good admittedly, but I doubt I’d play it now. Will you? 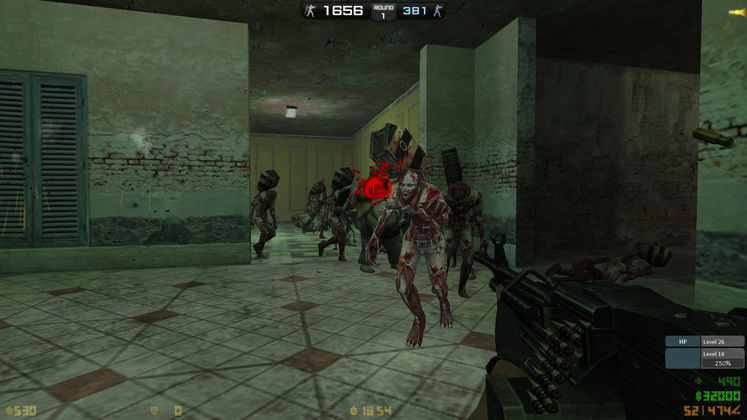 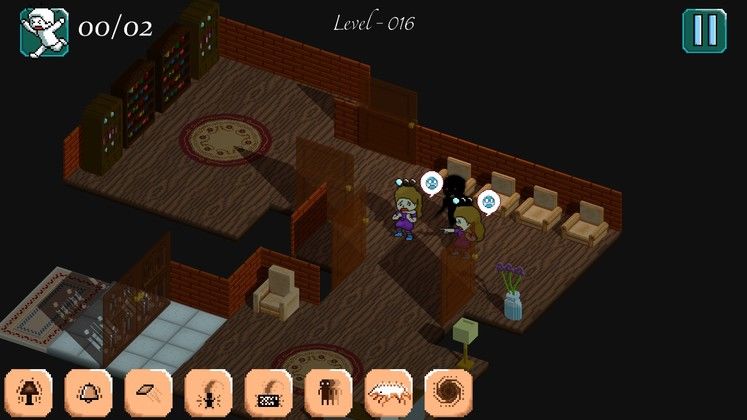 No Halloween is complete without the scaring of others as well as yourself, and Poltergeist: A Pixelated Horror fits the bill nicely. Similar in premise to Ghost Master (it’s on GOG and Steam for pennies, get it) in that you have to scare the occupants out of a building using an array of ghostly powers, it’s actually more of a focused puzzle game as you only have a limited number of powers to choose from, so have to work out how to efficiently scare the intruders. It’s really easy to get to grips with, lots of fun, and taxes the brain muscles. Is it wrong to say that seeing a dog running away yelping in terror gives me so much pleasure? Probably. 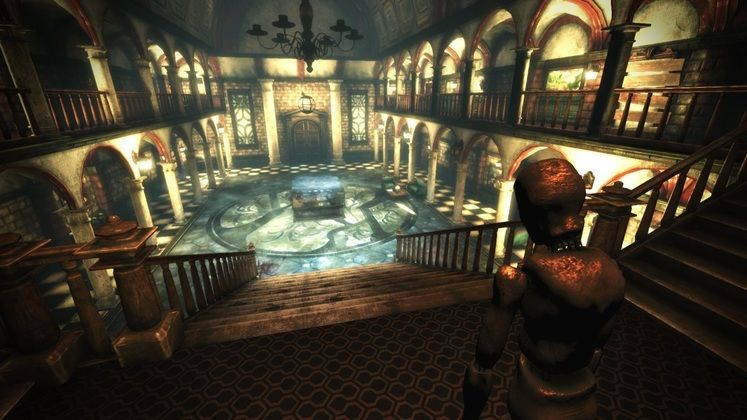 Looking for more of a Myst-style experience, a first-person adventure game? How about one set in a spooky mansion? Kraven Manor is what you’re after. Solve puzzles throughout the manor and try not to get too scared. It’s all quite impressive considering it’s just been made by a couple of students. However, it is only about an hour long so don’t expect too much from it.

THE FIRST-PERSON EXPLORER: The Vanishing of Ethan Carter 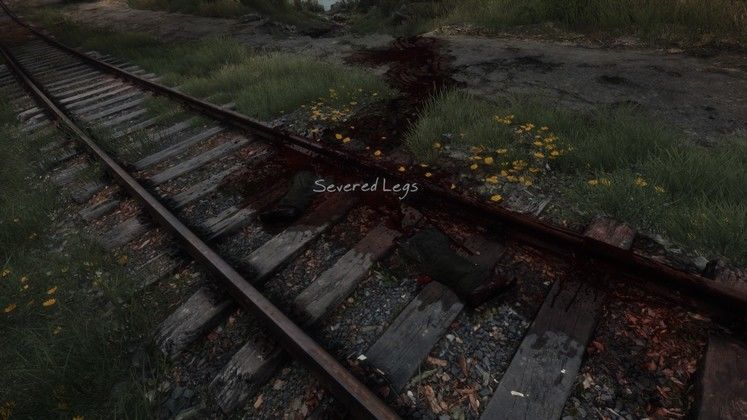 Yes, that is different from “adventurer”. While Kraven Manor is about completing puzzles, The Vanishing of Ethan Carter is about exploring a huge graphically-impressive environment, discovering stories and piecing together clues. Apart from being a very interesting game that at least has a touch more gameplay than similar “walking simulators” like Dear Esther, Ethan Carter can also be incredibly scary. And unlike Gone Home those terrors aren’t always in your head… 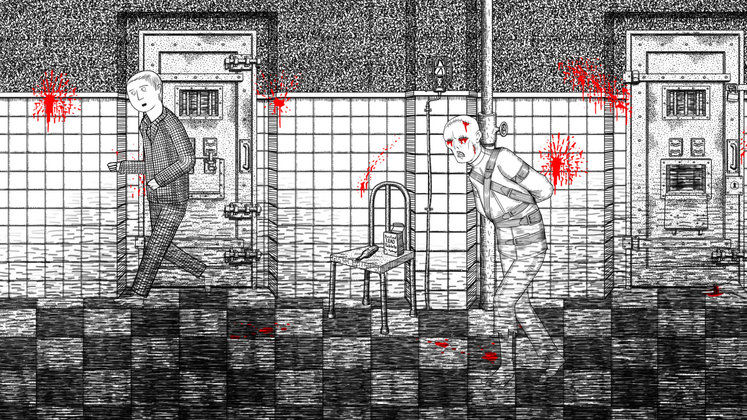 What’s scarier than a nightmare? Nothing, that’s what, and Neverending Nightmares features a man named Thomas getting literally trapped in an endless series of nightmares that he can’t wake up from. It’s all a big commentary on mental illness, OCD, and depression, so Nightmares is still damn scary despite the comic-book-style presentation. Deeply personal and disturbingly psychological, it reaches spaces in your psyche that bigger-budget games like The Evil Within just can’t reach. Play it, preferably just before bedtime. 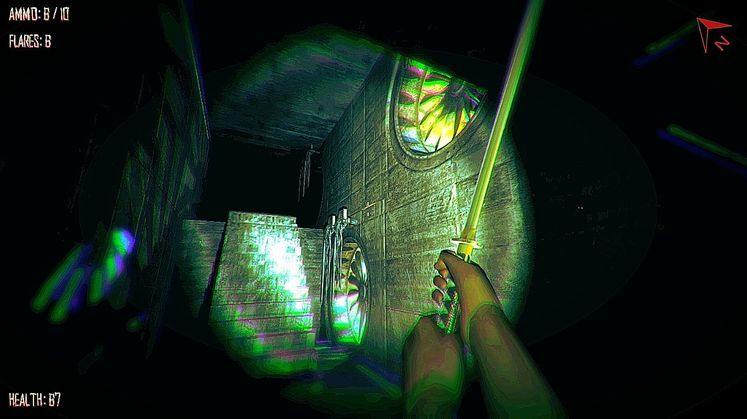 To finish up we look to a future Halloween game that has just been funded on Kickstarter: Phantasmal, a randomly-generated first-person roguelike survival horror. There’s an early proof-of-concept demo available which shows what they’re up to: a creepy house filled with spooks, spiders, zombies, and monsters which changes every time you play it. It’s a fun idea, and if they can manage it better than Daylight it should be something special when it comes out. I backed it, certainly.

There we have it, that’s the run-down of Spooktacular games released especially for Halloween 2014. Bear in mind though they’re not the only creepy games out this year. If we expanded our remit to 2014 you could totally include the likes of Dead Rising 3, Claire, Ether One, Murdered: Soul Suspect, State of Decay, Among The Sleep, Outlast: Whistleblower, Daylight, Year Walk, Thief, The Walking Dead: Season Two, and, er, Into The Dark: Ultimate Trash Edition, which is the only game that I’ve ever failed to review because it was so bad I couldn’t bear to talk about it.

Apart from that one you should totally check out the rest. See how many you can cram in on Halloween Night.

With the lights off.

Wait… what’s that in the corner of the room?

Found on the desk of Chris Capel after his mysterious disappearance. 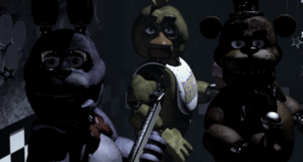 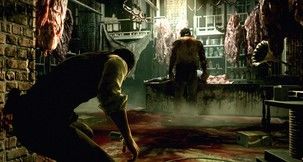