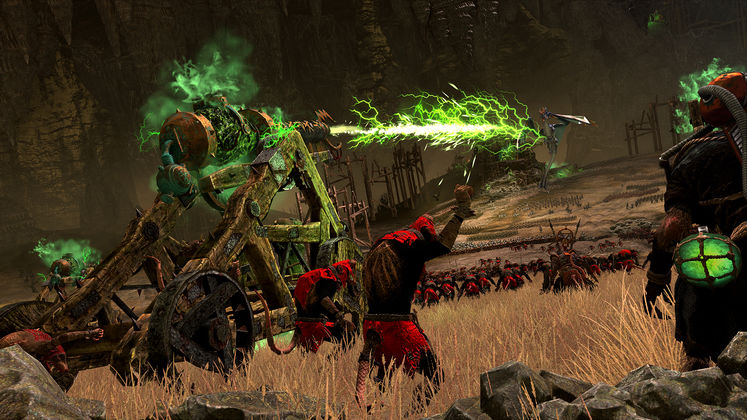 Well, that was the most predictable reveal ever. And yet, somehow the most exciting too. The Skaven, the rat creatures of the Under-Empire in the Warhammer-verse, have been confirmed as the fourth playable faction in Total War: Warhammer II. We were there for the reveal event which delightfully took place at a sewage works. The smell was bad and we weren’t even allowed on the grounds without a hard hat or a vehicle (neither of which I had initially), but the second they opened those big double doors into the old Victorian works we realized why crazy SEGA decided to hold it here: it’s the most Warhammer place on Earth. A mist machine, some Skaven banners and a few rat creatures snatching up helpless journalists only made it more so. Oh, and we also got to play several hours of the Skaven campaign in Total War: Warhammer II. You can find our chat with the developers here, but for now how about some delicious impressions eh precious?

Check out our interview with Matt Davis and Scott Pitkethly from Creative Assembly about Total War: Warhammer II! The Skaven have been revealed as the fourth playable race! Check out the full details and trailer! Let’s say the obvious first: the Skaven are absolutely hilarious. They bicker in silly voices, backstab each other, all they really care about is food, and half the things they like include the word “DOOOOOOOOOOOM”. Creative Assembly have taken all these attributes and applied them to the Skaven in Total War: Warhammer II, so consequently they’re hilarious to play as too. In game, they shout “for the Vermintide!” and Gollum-like phrases, Food is their main resource, and if you don’t bribe them with Food and power your own rat Lords could betray you. Frankly I want to get Warhammer II for the Skaven alone.

Total War: Warhammer II is a little different from other Total War games. Here the onus isn’t just on conquering territory and forcing the other races to bow to your might. This time there is the swirling Vortex in the centre of Ulthuan, which each race wants to either utilize, stabilize or disrupt for their own ends. The Rats of course want as much power off it as they can, and have to collect Warpstone from around the map or through completing missions to undertake their profane rituals and get the power of the Great Vortex. 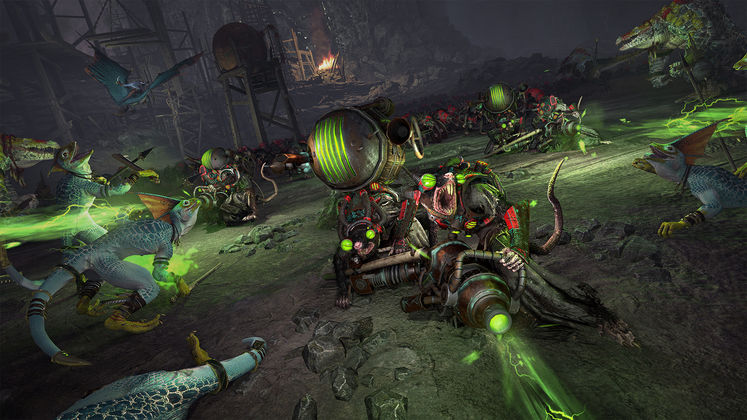 The general Total War rules still apply – stick to trees to mask your approach, stay on the high ground to tire your enemy out and get better range – but the Skaven are tricky buggers. For starters they have a cooldown power that allows them to spawn a unit of enemy rat fighters anywhere on the battlefield, because of course the Skaven mostly live underground. Timed right it can really throw and enemy off, although not as much as the Rat Ogres that launch themselves into the highly organized High Elf battalions and bash the soldiers across the fields. These Ogres became my key units at the start, I had to keep them safe before I was ready to upset the battle in my favour, so I did that the usual Skaven way – by sending loads of rats out to die in my name. 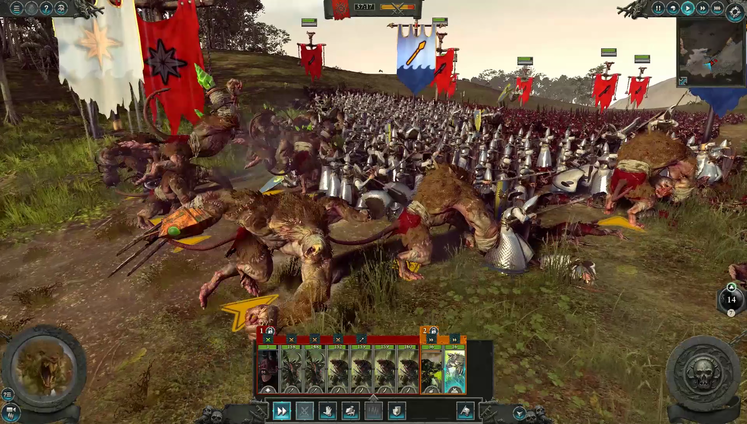 But what was this? Pirates on my shores? Yes, one of the neater additions to Total Warhammer II is the introduction of Rogue Armies, unaligned anarchic factions made of units from all sides. They landed on my shores and put up a hell of a fight, making me chase them over most of my lands and pillaging my villages on the way. I met them on the battlefield just as they tried to flee my territory, and I had the high ground. I kept my archers up the hill, while sneaking some Clanrats and my Rat Ogres round through a forest. Their artillery didn’t know what hit ‘em. I made short work of the rest of their forces then turned them into food.

Then the High Elves returned with a gigantic, rat-crushing army. I was kinda screwed by that point. I had one chance: while their army was away, sneak past the dirty Elf-Things and sail to their nearby island fortress, sack it then take it over before the rest of the pointy-ears got back. I barely made it, attacked in full force… and discovered that the remaining garrisoning army was more than a match for me, plus they had arrow towers and goddamn eagles to take me on. I put up a brave fight, even killed their commander and stormed the walls, but they’d whittled me down too much. My lord Queek Headtaker was killed by an eagle and my play of the Skaven came to a close. 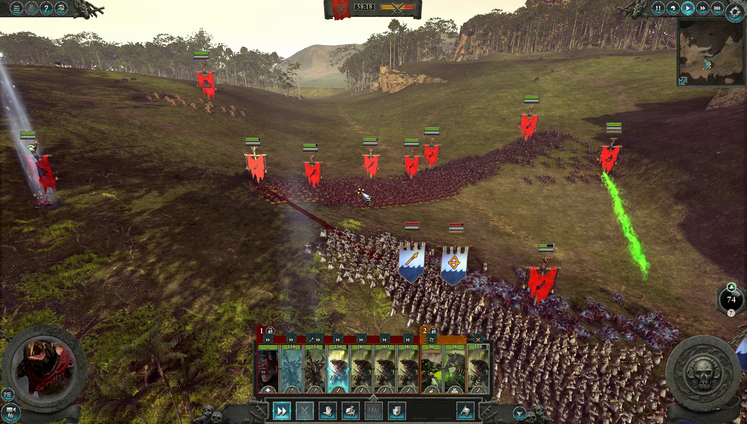 Total War: Warhammer II will launch on September 28. If you own the original and pre-order you can get the Norsca DLC for the original for free, and you’ll be able to play as them in the new game too.

Now, I won’t judge Creative Assembly or Total War: Warhammer II for any imperfections or bugs I noticed right now since it was still an early build and there’ll be patches right up until launch. In general though the build was incredibly stable and bug-less. In fact the only big glitch I encountered was when a battle loaded, which was supposed to be siege, and I only saw a completely flat, textureless plain. I fought on it anyway and won the day against those cheating pirates. The only real concern I have is over loading times, which are still atrocious. I don’t think Total War is going to change very much in that regard. 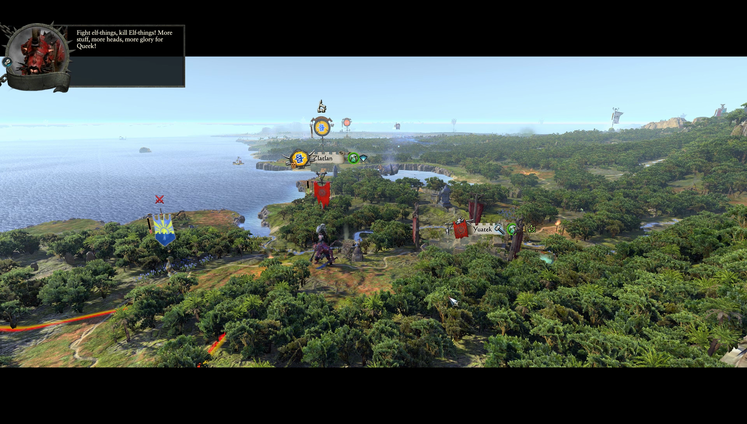 To finish off, I just want to say how fun the Skaven were to play. The Dark Elves may have their amazing Black Ark floating city, Lizardmen ride around on dinosaurs, and High Elves have the Eagles, but the Skaven are so darn sneaky. They’re both disgusting and lovable, odious and hilarious in equal measure. You pity them as much as you fear them, and they’re utterly unique to Warhammer. I can’t wait to get my claws into their campaign. Can you?

Just getting to play the Skaven again frankly, and getting to turn the tables on those blasted High Elves.