Chris Capel tries to get his little grey cells to work

With developer Frogwares making great strides with their Sherlock Holmes series of adventure games and their newest title due in May, spare a thought for that other great fictional detective Hercule Poirot. There have been several PC adventure games based on Agatha Christie’s books over the years, and it must be said that none have fared particularly well. There’s a new developer on the series, French studio Microids (Syberia), so let’s hope they’ve got something special up their sleeves. 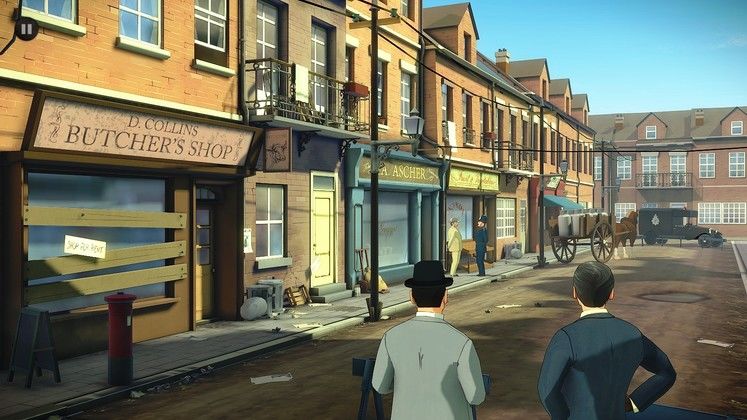 The ABC Murders is a 3D point-n-click adventure based on the Agatha Christie novel of the same name, and with no connection to the atrocious Nintendo DS adventure released a few years ago. As in the book, Hercule Poirot (and his friend Hastings) are taunted by a murderer who sends them letters announcing his crimes and challenges them to stop him. He works alphabetically, starting with Alice Ascher in the town of Andover, and leaves an ABC railway timetable book at the crime scene. Poirot and Hastings must investigate and catch this killer before they end up with the dead body of Zachary Zelman in the village of Zouch (that’s a real place!).

While fans of the book might get a bit of a kick out the game, the story isn’t told particularly well and even the “alternate ending” can’t save it. And as an adventure game, well, let’s be honest here, hardcore adventure game fans will not be satisfied by The ABC Murders either. It’s a very slight game, with simple puzzles and no haste or urgency to anything. There are several different gameplay parts to The ABC Murders and all have problems. Not that any are actually terrible or bad, in fact most are quite entertaining in a relaxing stress-free way, but none offer much beyond a basic level of challenge.

First up is the general exploration. This is conducted in traditional adventure game point-n-click fashion, except there aren’t any traditional puzzles to solve this way. Poirot can talk, examine, and occasionally pick things up, but only towards a select few things in the environment. The puzzles are all done elsewhere, unless you count dragging a picture of a key to a door as a puzzle. My main problem with this mode, apart from not having enough to do in it, is that Poirot moves ridiculously slowly. It removes all desire to explore, which is lucky because there’s not much to see, but also removes any sense of urgency or drama from the murder investigation. 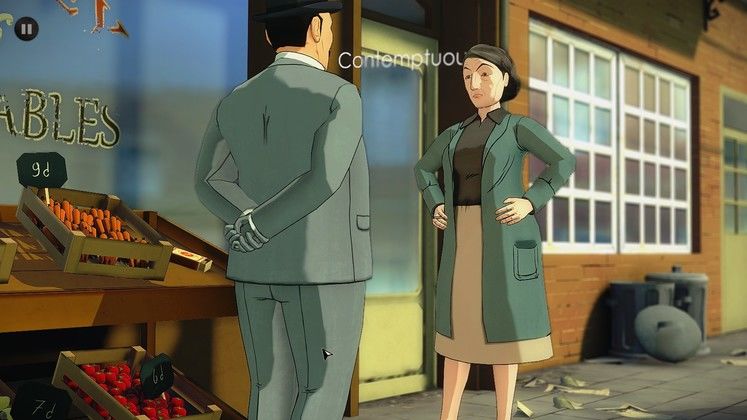 The puzzles instead take place in screens that pop up when you examine certain people, objects or places. ‘Observation’ is the first, and possibly the most insulting. Poirot gives an observation, and you have to discover why he thinks this rather than work out it for yourself. You’re told to find a few hotspots on the screen with the mouse, and sometimes the game says “find 4 items” when there are literally only 4 things on the screen. It then wastes the player’s time even further by having Poirot’s observation be something like “it looks like this person is a smoker” and you’re tasked with holding the mouse pointer over a lit cigarette in their hands. Finally sometimes the hotspot is only on a very specific point despite the clue being much larger, for example where “eyes” is the clue but the game only accepts one particular eye as the answer.

Fortunately the other screens are far more entertaining. These are the ‘Thinking’ screens, and they are where most of the proper puzzles take place. Here you get a 3D object floating in mid-air with something hidden within, and it’s up to you to figure out how to get to it. There may be hidden buttons, a specific sequence to uncover, or a code beneath a secret panel. Figuring out these puzzles is the most fun part of The ABC Murders. Sometimes they can get quite absurd, and try not to question too deeply why every character in the game has turned their clock, cash register, or gramophone into a Riddler-esque puzzle box, but otherwise I enjoyed these a lot. 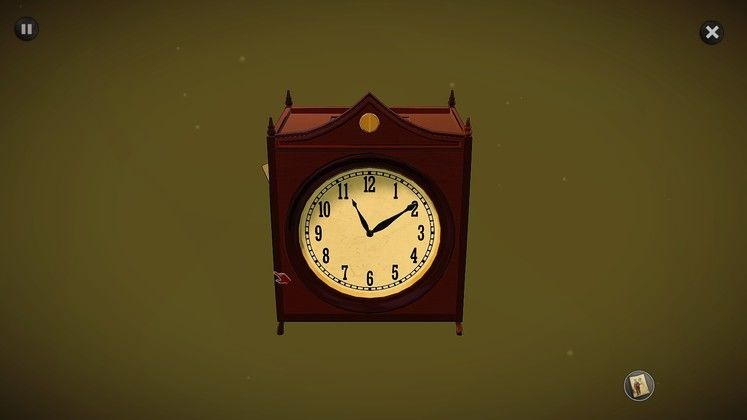 These puzzles can be quite fun. This one's a pain in the clock.

The game at least looks quite good, if a bit colourful and cartoony for the subject matter. There are some cute little details, like Poirot styling his moustache in every mirror he passes and the locations all generally look good. Characters on the other hand, barring Poirot himself, look drab and basic, and all have terrible lip-syncing.

Which brings me to the worst part about The ABC Murders: the voice-acting is uniformly awful. Poirot occasionally gets away with it due to his French accent (not often) but everyone else is terrible. No emotion, or the wrong emotion at the wrong moment, and most of the actors feel like they’ve never spoken English before except at parties. Worse, they actually get words wrong - the line “there was an ABC guide on the counter”, referring to the way the murderer marks his crimes, is completely changed by the voice actor’s ad lib of “there was always an ABC guide on the counter”. The correct version was in the subtitles, and this keeps happening throughout the game. 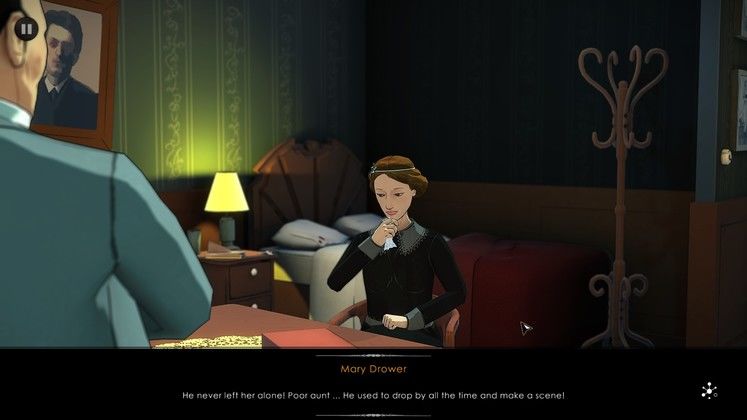 Come on, who says 'poor aunt'?

I can’t really recommend Agatha Christie’s The ABC Murders to anyone. Fans of the book will appreciate the alternate ending but be disappointed in the cartoony style, the lack of pace or urgency to the investigation, and the atrociously comical voice acting. Adventure game fans on the other hand may like the 3D object puzzles but otherwise be disappointed that it’s all so easy and filled with numerous time wasting moments and parts where they’re not trusted to come to a conclusion themselves. I didn’t hate The ABC Murders, in fact it was quite a relaxing game, but there are hundreds of better detective adventure games out there and most of them will have far less flaws. 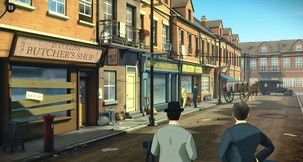