Strategy games have been undergoing an renaissance of late, what with the Total War series and Paradox Interactive’s catalogue reaching mainstream status at unprecedented levels. A genre once dominated by fantastic Sid Meier’s Civilizations and boring Age of Empires’ RTS clones has been continuously expanding in scale and scope, with multiple space colonisation projects, historical grand strategy releases, and sci-fi or fantasy games hitting the shelves year after year.

In that resurgent market, games that successfully mix large and small scale strategy tend to stand out from their brethren, and the Age of Wonders series has been straddling that niche since the end of its 10 year hiatus in 2014. Age of Wonders: Planetfall – the latest entry from developer Triumph Studios and published by Paradox – forgoes the established high fantasy setting for a fantasy sci-fi premise, evolving the series’ background and races in the same way Warhammmer 40,000 did to Warhammer Fantasy. Gone is the magic and medieval wizards, in are the laser strikes, the flying drones, and the space dwarves. 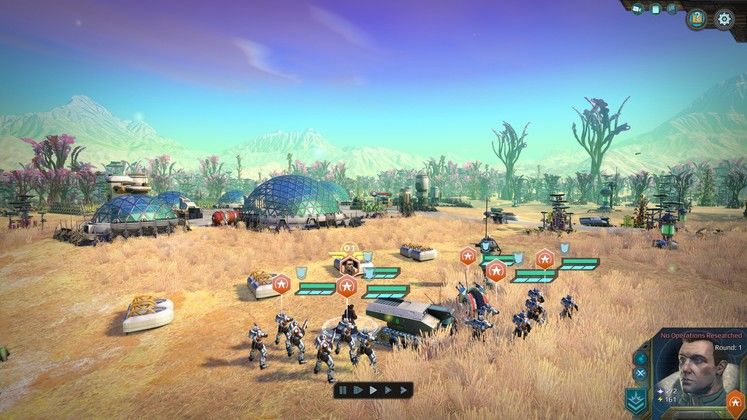 A purely terrestrial affair, Planetfall takes place after the collapse of the Star Union, an interstellar human confederation. The absence of this galactic government prompts humans, space dwarves, bugs, Amazons, and more to survive by any means necessary, allowing each of the games many races to pursue their own interests in planets scattered across the void.

The story of the Star Union fall is mostly alluded to and briefly explained throughout the campaign, which takes place after the collapse of the organisation and sets players on a planet-hopping adventure in custom worlds with tailored objectives and story beats. For those interested in a more sandboxy experience, a variety of customisable scenarios allows you to set a myriad of parameters and planet types when randomly generating worlds, letting you play with your race without any of the restrictions and hand-guiding of the campaign mode. 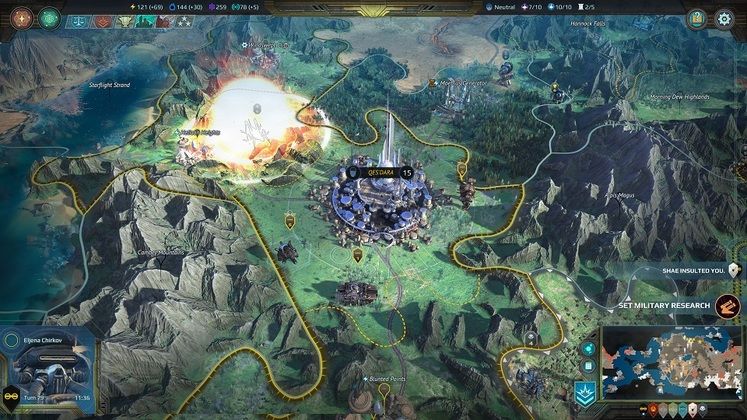 The first thing that strikes you when launching Planetfall is how much it looks like Civilization: Beyond Earth was supposed to be. A colourful, sprawling map full of relics, outposts, and vast expanses of untamed nature fill your screen, allowing you to expand in whatever direction takes your fancy. Each city you found can annex a number of sectors around it based on the city’s population size, and those sectors can be exploited for specific purposes such as science, production, or food generation. While the game lets players pick the resource they wish to produce, capitalising on a sector’s mineral reserves, science anomalies, or natural forests and farms will result in vastly more profitable synergies.

Unlike Beyond Earth, Planetfall does not let you pick a landing site – but it does let you completely customise your commander. The game ships with dozens of pre-made characters of all six races and tens of backgrounds, but it features a fully-equipped tool that lets you recreate any game character or make your own from scratch. Hundreds of clothing, armour, and head and hair styles across all factions accompany character postures, backgrounds, and naming options, and all that cosmetic goodness is strengthened by several tactical options ranging from character background and loadout to vehicles, mounts, and starting colony supplements. 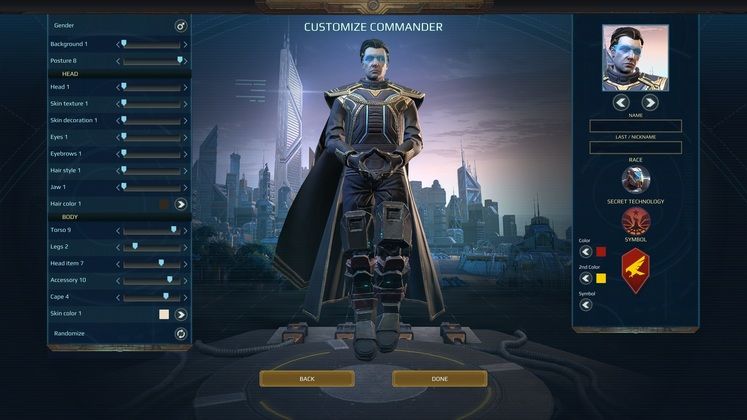 All that effort put into characters is not only a “faction leader” abstract concept, as those faction leaders – your Commander avatar – gets to join battles as a unique unit. Similar to RPG characters or Total War hero units, Commanders tend to have powerful abilities that impact the course of battle, and if hurt, are sent back to their capital to convalesce for a few turns. The game also features heroes that are similar to Commanders, but these lack the convenient knack for immortality that keeps them safe throughout the game.

The battles themselves are a mix of interesting and frustrating affairs, as the game allows up to 42 units (divided into groups of six) to join the battlefield at the same time. While Planetfall boasts a vast amount of unit variety, including troopers, motorbikes, and mounted or flying units, the actual engagements are hurt by a very stalemate-y game balance. Units are very often the opposite of lethal, requiring coordinate fire from a whole army to take out even the lowliest foot soldier. Add to that the AI’s unbearable refusal to give ground or take risks – resulting in 39 endless turns where they repeatedly enter overwatch or hold defensive positions and force the player to always make the attack move, and the result is a decidedly not-enjoyable or exciting experience. 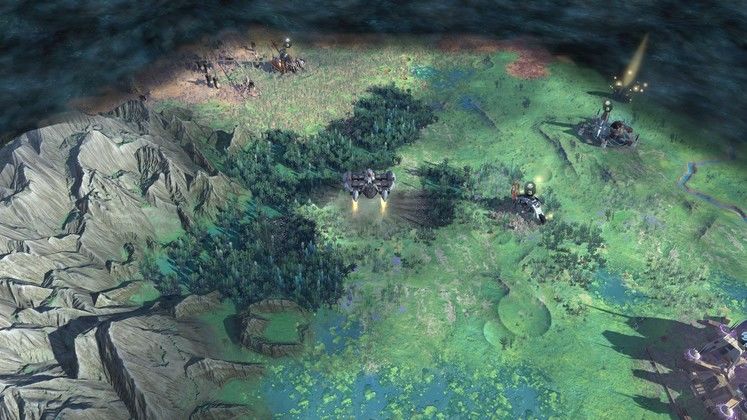 My impressions of Planetfall’s combat probably stem from my vast experience with XCOM – but then again, If Planetfall did not want to be compared to XCOM, it should stop comparing itself to it in marketing pieces. While XCOM purposefully cares about giving the players several tools to face each situation and making sure the AI checks itself to provide an enjoyable challenge, Planetfall makes it virtually impossible to give battle without suffering damage – and it sure as hell has no qualms about letting its AI cheese or abuse it’s perfect math-computer brain to make the experience for the player as excruciating as possible.

Those flaws aside, Planetfall is a really good game – and it has real capable production values. The graphics are nothing to write home about, but are pretty and engaging in a perfectly serviceable way. Similarly, the UI is not as sleek, pretty, or innovative as Endless Space 2’s, but it does a perfectly capable job of showing the player what it needs to see (aside from unit ability cost mid-battle, as that took a while to understand). Voice acting is a slight letdown – especially the cringeworthy quotes that pop-up after research is complete – but that is more than offset by a really good music score, which lends gravitas to the game thanks to its amazing and varied orchestration both on the main menu and with each faction’s playthrough.

I was surprised by Planetfall, lest of all because I was never a big fan of Age of Wonders – not because it was bad, but because it never grabbed me. This entry was different, however, with the focus on 4X expansion and the draw of close-range squad engagements with ranged weapons, bombardments, and customisable heroes was enough to get me invested, and was put together well enough to ignore most of the flaws in the squad combat system. They are still noticeable and frustrating enough to force me to take a break every once in a while (even when constantly winning battles), but if you are looking for an engaging, sci-fi 4X with more character and presence than the abstract grand-strategy Stellaris, Age of Wonders: Planetfall is the game for you.

Obliterating enemies with pure Overwatch fire from 6 units of troopers in a perfect firing line.