Talk about a game of Patience 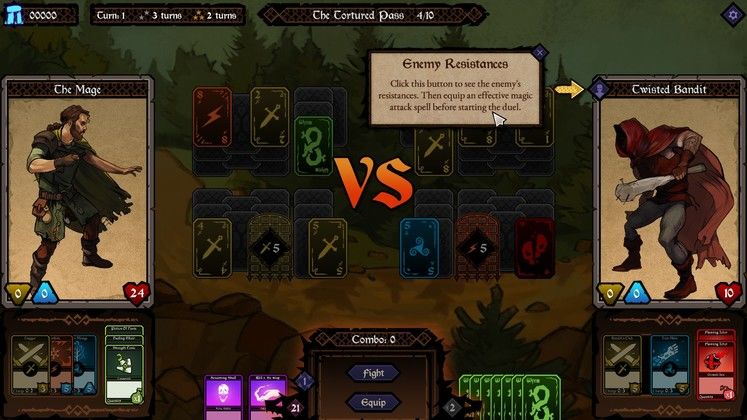 Some reviews are harder to write than others. With something hyped up like a new Resident Evil or the early access release of Mount and Blade II, there’s some degree of comparison. Maybe a game has a novel mechanic that can force you to think differently about the medium. Maybe it causes some strong emotional feedback that can’t help but bring a strong opinion. But sometimes, you’re given something that is hard to put into words. You might know it has its pros and cons, especially for certain audiences, but it leaves you with little to work with. This is what it feels like to review Ancient Enemy. A game that is with merit, but also that special sort of mediocrity that makes it hard to discuss or have an emotional response. The best way to deal with this sort of game is to just go on ahead. Let’s find out if this title is a good fit for you.

Ancient Enemy’s story is surprisingly depressing. You play as The Mage, a magic user who wakes up alone in a world where the bad guy (simply known as The Enemy) has won. The world is desolate, with barely a friend and many a foe. Many of the game’s story beats focus on The Mage’s loneliness and despair, battling with an uncertain hand. It’s more effective than you’d think, and the writing is a highlight. It’s not the most epic story you’ll see, but it’s got that classic “lone hero” vibe that works in this decaying world. 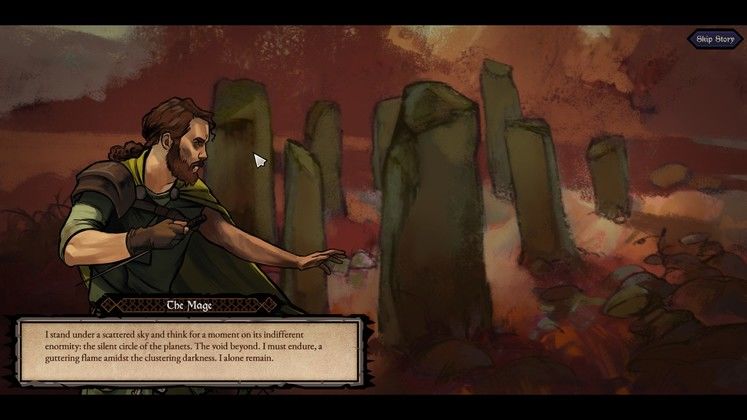 But since that’s not the main point of the game, let’s turn to the cardplay. Do you know Golf Solitaire? It goes by other names like Tripeaks Solitaire, but the idea is straightforward. You are given a field of cards and a seperate deck of your own. Any card that is higher or lower by the card on top of your pile can be removed from the field and you win when it’s cleared. Imagine that, and you have a general idea of the gameplay loop. It’s a basic idea, but Ancient Enemy expands that to fit an RPG. While clearing a playfield isn’t mandatory, it can give you loot and a higher score to face upcoming threats. Ancient Enemy’s score system is probably one of its best features. Thanks to its use as experience (called power in-game), there’s a strong incentive to clear levels effectively and receive more XP to learn new spells and skills.

There are two types of levels: playfields and fights. The playfields are straightforward matches, but the battles are where things are shaken up. Now the focus is pulling cards to charge up your attacks and attack a variety of monsters. Each of them have their own resistances, forcing you to swap around your spells. There is depth here, with different monsters forcing you to focus on certain cards. Each suit charges a different power, so you’re always thinking about your next step. Continuing a combo also causes a damage boost, making for a game with very clear risk and reward. 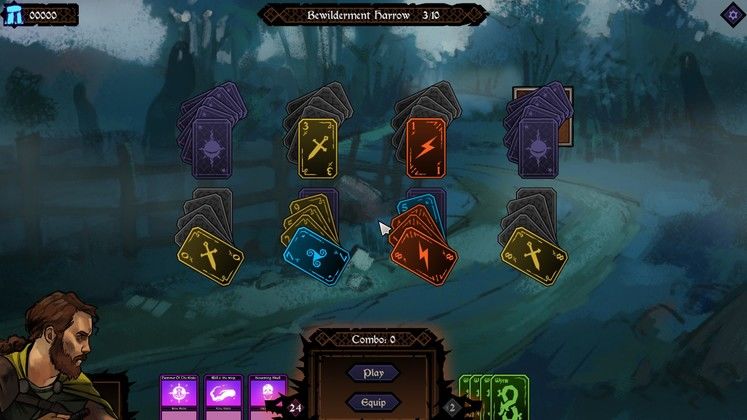 Each chapter comes with a variety of levels. While it starts simple enough, the melancholy nature of the story leaks into the game. Since you only heal between battles with certains skills or on easy mode, each fight becomes a fight of attrition. You might have items to turn the tide, but they aren’t plentiful enough to make you feel comfortable using them. It doesn’t have to be a game of survival, but the option is there to add challenge.

But the issue with Ancient Enemy is one of premise. Basing a game on golf solitaire, while not a bad idea per se, is tricky for it to hold steam. If you don’t love golf solitaire to begin with, it won’t appeal to you. Even as the playfields get more complex with additional mechanics added to the mix, it’s not as engaging as it could be. This isn’t helped by the frequent changes you have to make due to the aforementioned resistances. It becomes a chore, and that isn’t a good sign.

There is definite care and detail put into this game, but it’s exhausting rather than invigorating. I was both appreciating the amount of work put into Ancient Enemy whilst not wanting to spend much time with it. Perhaps I am not in the game’s demographic, but this isn’t something you can play in long stretches. This is a game you need to play like a grandmother, having a short solitaire session after you had dinner and have a couple minutes to kill. Playing it otherwise forces you to come to terms with the repetitive nature of the game. There are far worse, more repetitive games out there, but it is a repetition that’s like eating store bought white bread: it gets the job done and definitely has a taste, but it’s rather forgettable. Even with its difficulty options. 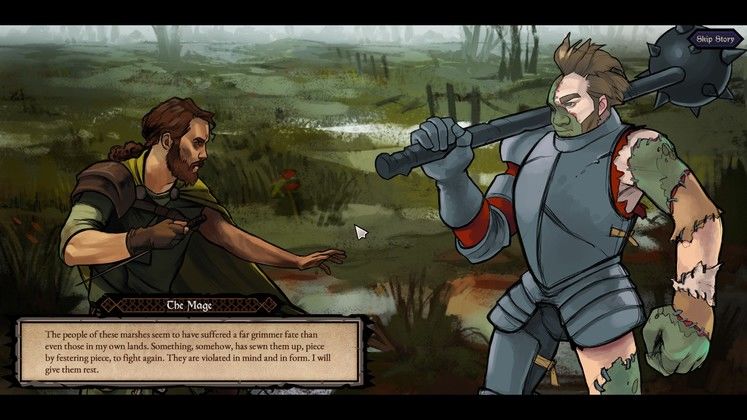 As a 2D game all about cards, there’s some really pretty art connected to it. Not to the point of jaw-dropping, mind you, but there is a lot of intent made with it. The only noticeable concern regarding hardware is with the game’s loading times. For a title as straightforward as Ancient Enemy, the time it took to load from the playing field to the inventory screen to the playing field again felt longer than expected. However, that wouldn’t impact this game’s score. Everything else runs smoothly, so you’ll be fine if you can forgive some odd loading times.

Ancient Enemy isn’t bad, and is one of the better ways you can reinvent Solitaire-esque games. But it is still a Solitaire-esque game, and that makes it hard to recommend to anyone who isn’t a fan of the genre. Add that with the resistances and inventory mechanics slowing down the game proper, and it’s a tough sell. If everything I mentioned here sounds appealing, give it a shot. Everyone else, proceed with caution.

The boss fight against the Colonized Lieutenant. 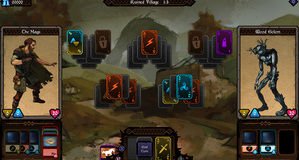