“Everything in life is just for a while.” 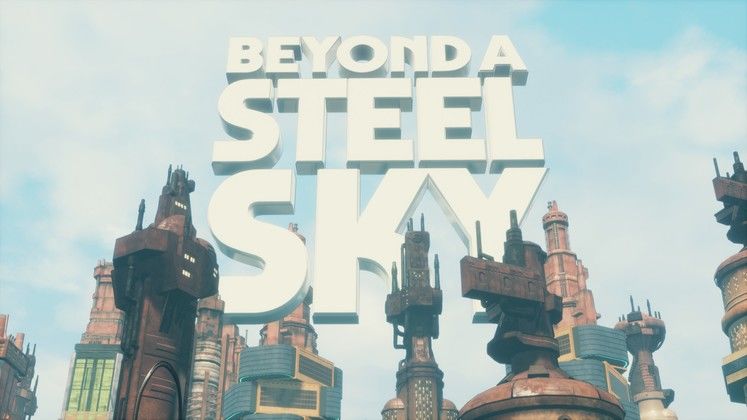 I got to the Beneath a Steel Sky party late. Even though I’ve been playing PC games since the early 90s, back when Lucasarts’ TIE Fighter, Full Throttle and Grim Fandango were new releases, I somehow missed the whole BASS bandwagon until GOG gifted it to me for free somewhere after 2005. Even though I had long outgrown 2D games by then, I decided to give the game a shot based on its name (I know!) and was instantly hooked. Turns out alongside Limbo and Stranded, BASS is the only 2D game I’ve finished in the past decade.

Beyond a Steel Sky is the sequel to that, a great adventure game that has big shoes to fill – but this time in 3D. Luckily, BASS2 – as we’ll call it from now on – not only fills that shoe, but it knocks the definition of a modern adventure game out of the park. It does everything Telltale games do right, and corrects everything they do wrong. 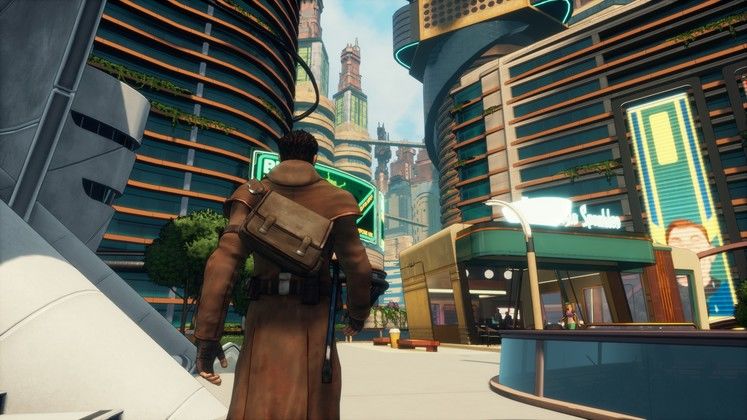 The game takes place ten years after Beneath a Steel Sky, as Robert Foster is happily living among a tribe out in the Gap (the Australian Outback). One day, a giant robot dog crewed by two androids walks out of the lake and kidnaps one of the children, carrying it away in a compartment in its belly, prompting Foster to head out into the wasteland to try and find the missing kid.

The tracks take you to Union City – now extremely advanced and huge under the stewardship of your old robot pal Joey following the events of the first game – and virtually impossible to get into without a citizenship pass. Luckily, there are a couple of Gap kids and traders hanging outside the city, and one of them is capable of forging you an entrance pass using a dead person’s identity. After you convince them to do so and get access to the hacking tool that enables the simple-yet-fun hacking minigame, you’re in and the game properly starts. 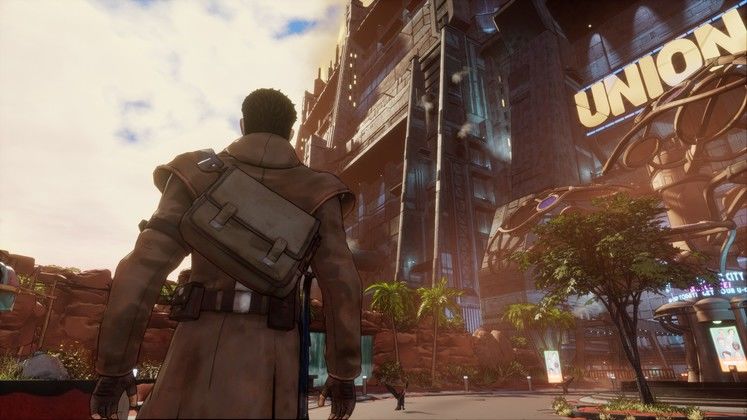 That whole section before gaining access to Union City actually takes a couple hours, yet it acts like a prologue. It teaches you the game’s simple mechanics and features a lot of content spread out among the environment, the characters, and the dialogue, and it helps set up the tone for the rest of the game. Unlike the first game, which was a bit gray and rainy and dystopian, BASS2 is serious yet remarkably bright and colorful most of the time. Foster is a surprisingly well-spirited guy, displaying immense good will towards others and patience towards children, which helps deal with the game’s more serious “how would an AI deal with a ‘make people happy’ directive?” premise and the devastating consequences of that doctrine.

While a classic adventure game in the likes of LucasArts or Telltale, BASS2 successfully avoids most of the pitfalls befitting the genre. Foster usually convinces people to help him instead of being told “do x and you’ll get y”, some “quest steps” can be wholly skipped if you are good at deduction and can figure out what to do, and the game features a built-in hint option in the pause menu on a 90-second timer, giving you clues if you so wish when you are stuck but forcing you to process them instead of spelling out the answer. It’s not all smooth sailing, as I had some issues with interactable objects that I’m unsure if it was due to quest stages or to bugs – most notably an early situation involving a hungry kid and a sandwich that I had to move on from after a frustrating 15 minutes because I could see the sandwich yet infuriatingly had no prompt to just pick up the damn thing. 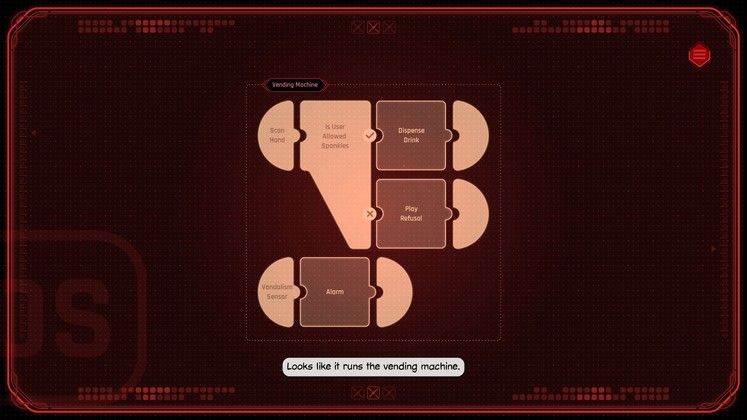 Graphically, the game is rather competent. The art style is both efficient and endearing, with a graphic novel look that is proven to somewhat withstand time. Character designs are actually my favourite bit of the game, although the environment and the panoramas are equally well done. Voice acting – a crucial bit of every narrative game – is luckily extremely good, with Foster and other main characters being not only competently embodied but also pleasant to listen to. The dialogue shares the voice’s pedigree, with the sort of effortless, competent, natural writing that actually takes a lot of skill and effort to achieve.

Technically, the game runs surprisingly well – or maybe not that surprising, given it also has a mobile version. Still, performance was flawless and crisp on a 4K setup, and I ran into no crashes or bugs aside from those potential items being non-interactable at some spots across the game. 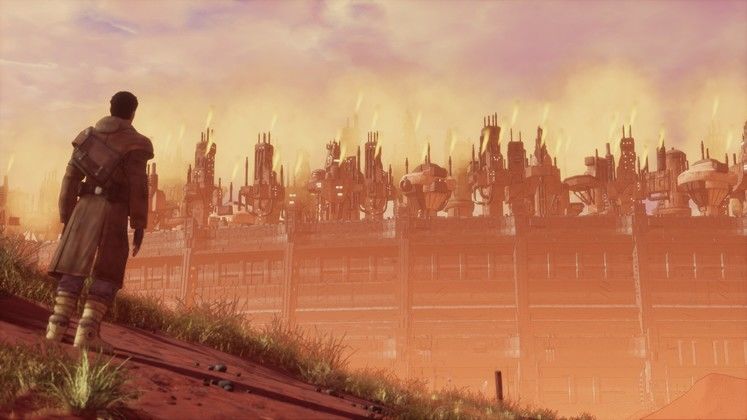 Beyond a Steel Sky reminds me a lot of the Telltale games, but better – it has the writing, the plot drama, and the voice actor quality that made the older adventure games such a success, but with a modern engine, present-day graphics, and a full 3D camera that beats all Telltale offerings into a pulp. I was actually a bit surprised by how less serious BASS2 starts compared to the previous game, but it eventually evolves into a more significant tale as things are not what they seem and start to unravel, revealing their dark side. In the end, Beyond a Steel Sky is a surprisingly good adventure game – which is no small feat in today’s industry – and while different from BASS, it matches the original’s quality. If you’re a fan of old LucasArts titles, Telltale games, or one of the many people that waited 20 years for BASS2, this is definitely an adventure game you should get your hands on.

BEYOND A STEEL SKY VERDICT

A worthy 3D follow-up of one of the best 2D adventure games around.

Bypassing a whole loading dock puzzle by going straight to what I thought was the answer, and being reward with an amazing cinematic.