This Is Certainly A GUST Game 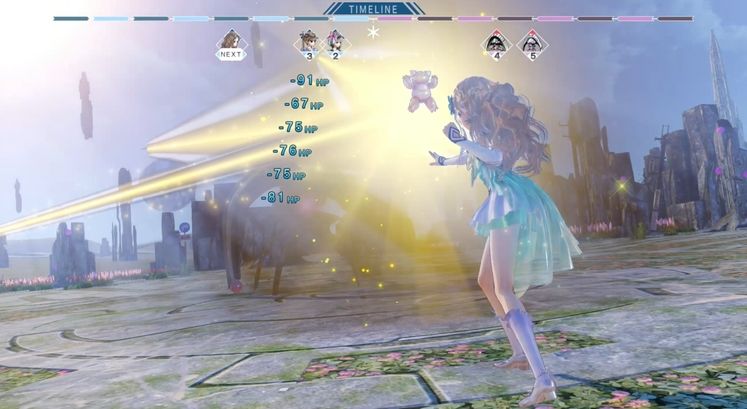 As a JRPG, Blue Reflection signals a slight change of tune for developer Gust. Without encroaching on the storyline too much, everything about their Magical Girl homage goes at breakneck pace - for better or for worse.

Taking place almost exclusively in an All-Girls school, main character Hinako is pulled into a space known as ‘The Common’ by her adjacent classmates Yuzu and Lime - a supernatural plain where alien-looking creatures roam freely - to collect the ‘fragments’ spawned by the woes of the other students.

Fights play out through a traditional turn-based battle system with ‘Active Time’ elements added as the story progresses. Sadly, basic encounters can usually be cleared without the opponent ever making a move, leaving what could have been a fairly enjoyable combat system sat waiting for a meaningful use. 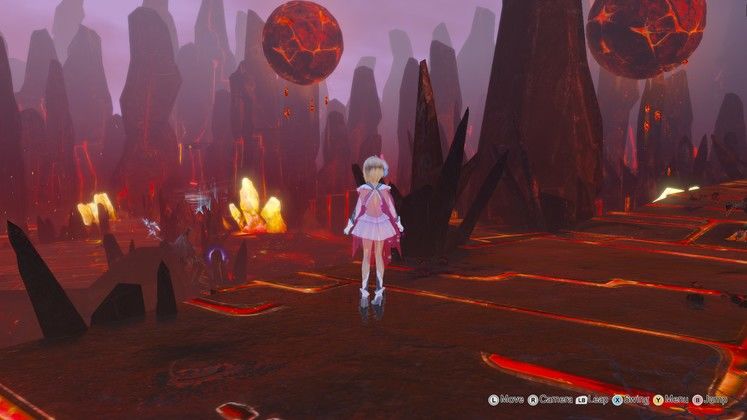 Character levels are gained through simple ‘Kill X - Gather X’ missions, which somehow manage to make the idea of grinding monsters more trivial than before. Your three playable characters gain levels - and skills - at an alarming rate too, making combat as a whole feel sluggish at times by flooding you with far too many potential actions in the early chapters.

Want to compare Gust’s other PC offerings? Check out our Nights of Azure 2 review here

Gust understandably wanted to show off the Magical Girl element here, but it’s far too much too soon with each girl having 15+ attack and support skills after just a few hours.

Hinako and her ‘Reflector’ allies grow their social circle by leaping into The Common to deal with their classmate’s occasional ‘rampant’ feelings of emotion. 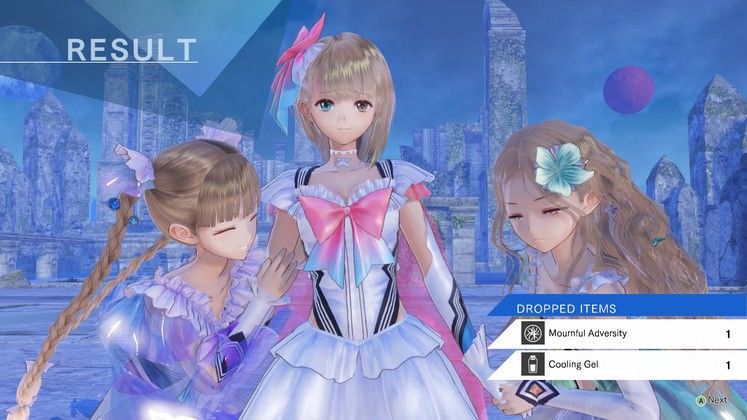 Much like a certain other JRPG, Blue Reflection attempts to have you spend each day socialising with various characters, but the rate at which they’re introduced makes it difficult to really commit to the idea at all. This has a knock-on effect when fighting, too, as each character can use an Assist skill in boss battles, throwing even more into an already cluttered combat system. But we’ll admit boss fights feel like a team effort.

These ‘rampant emotions’ usually consist of little more than playground arguments. When they do stem from something a little more - like a girl planting a camera in a changing room - we’re quickly ushered onto the next once we gather a ‘Fragment’ by killing more standard enemies.

Rather than tell a story that could resonate with victims of bullying or harassment, Gust skirt the idea and use it as something our ‘heroes’ can - and will - take advantage of. With a nice ‘save the world’ cover story, they can get away with it. But it feels like a wasted opportunity to tell a more personal tale. 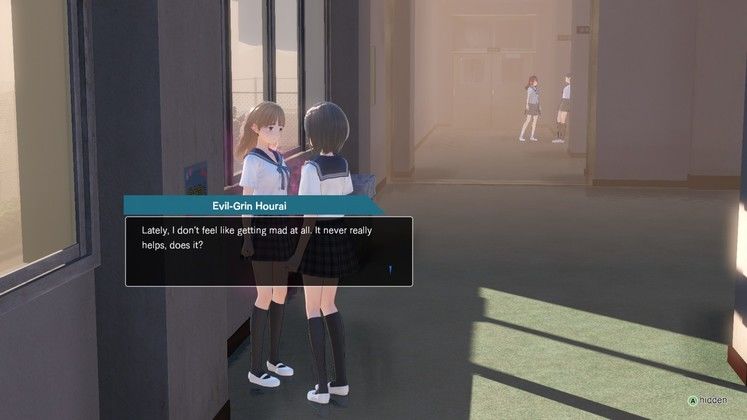 Blue Reflection feels like a Gust game. That is, it looks and sounds beautiful at times, but ultimately falls flat elsewhere. While certainly easy on the eyes, it cuts every corner it can in what feels like a purposeful attempt to emit mediocrity. There’s some good in here, but the rest feels hastily put together.

Lime’s weapon of choice - Mr. Bear - goes behind enemy lines to fire a blast of Dragon Ball Z proportions at the enemy, heal our heroines with a reassuring pat or blow everything away with Superman eye lasers. He’s the true MvP.