Sins in the City

If the clue in the title wasn’t strong enough then let’s make it clear; Blues and Bullets is absolutely drowning in neo-noir chic. If you’ve watched Sin City or, god forbid, The Spirit, you’ll have a good idea of what to expect from an aesthetic point of view; namely lots of monochromatic filter combined with carefully chosen streaks of red to create a visually striking canvas. Dig beneath its arresting veneer however and a great yarn clearly influenced by the Telltale Games School of Episodic Adventure swiftly emerges to rival the genre’s best.

Ostensibly, a great deal of Blues and Bullets appeal lies within its setting. Casting players as Elliot Ness, the real-life American Prohibition agent who shut down vicious bootlegger Al Capone, Blues and Bullets inaugural episode skips some twenty years ahead after the incarceration of Capone and instead sees the Chicago lawman leaving his badge behind in favour of running his own diner (the titular Blues and Bullets, no less), all the while moonlighting as a detective on the side. 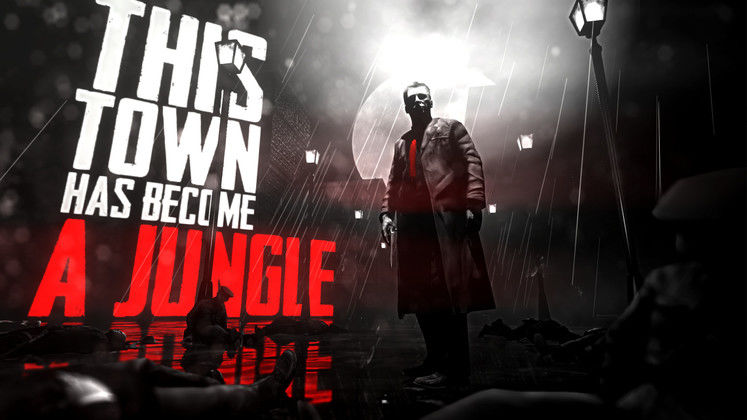 Blues and Bullets neo-noir stylings are wonderfully overt.

While Blues and Bullets is certainly set within the cloisters of the fabulous fifties then, it isn’t quite the era that your parents and grandparents might recall. From soaring airships re-purposed as floating hotels in the sky through to sinister-looking, super hi-tech submarines, it’s fair to say that Spanish developer A Crowd of Monsters has eschewed a straight take on past events.

There’s more than just new technology in Blues and Bullets historically revisionist setting too, since artistic license has also been taken on the events that led up to Al Capone’s capture with Elliot Ness shooting up Capone’s property in a drunken rage before arresting him in front of his son. Yet in spite of such divergence from the history books, Blues and Bullets actually feels a lot more substantial and interesting than an otherwise po-faced, straight-played historical take might have been.

The main protagonist is a changed character from what history tells us too. Arguably, this is a far different Elliot Ness from the one that was so well enshrined in Hollywood lore by Brian De Palma’s seminal 1987 film, The Untouchables. Here, Ness instead exudes all the noir tropes that one might expect; a fondness for the liquid sin, gruff internal monologues and the sort of acerbic silver tongue that makes you wonder how he’s managed to survive as long as he has. In short, Ness is a lot of fun to play and his conversational responses always err on the witty, if not downright entertaining.

Of course, the measure of any decent detective noir yarn is the case that sits at its centre (a lesson that the True Detective TV show has seemingly forgotten for its second season) and even on the early evidence presented here; Blues and Bullets narrative is both compelling and interesting, frequently taking the plot in some bold directions as it propels players through a twist-laden tale of kidnapping, murder and rather fascinatingly, the occult. 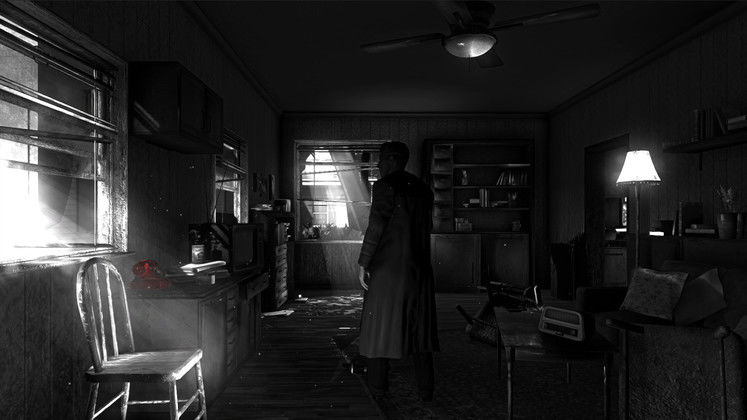 Much like Telltale Games’ output and Life is Strange, Blues and Bullets requires the player to comb every inch of the environment for clues and points of interaction.

Very much in the same vein of Telltale’s stable of titles, Blues and Bullets presents the player with multiple conversational choices when the player engages another character for a good old chinwag. Here, the usual branching dialogues occur where different attitudes and responses can be specified which take the conversation and the narrative down a number of different avenues. Compounding this approach is the fact that Blues and Bullets also adopts Telltale’s system of providing a breakdown of the choices that you’ve made and how you’re your decisions stack up against the other folks who have completed the episode.

Elsewhere, another element that Blues and Bullets adopts from the interactive adventure status quo, are Quick Time Events, for better or worse. Here, they’re represented in much the same fashion as one might expect them to be; cropping up during action scenes and requiring the player to press the right button at the right time to keep the sequence chugging along as intended.

Where Blues and Bullets does meaningfully diverge from its genre kin is through the use of detective and third-person shooting gameplay mechanics which succeed in freshening up proceedings a fair bit. In the case of the former, while this first episode certainly won’t be confused with the early Lucasarts adventure outings when it comes to the difficultly of its conundrums, there is certainly a greater variety of tasks to do here than seen in similar contemporary titles. In actual fact, the detective work unfolds in a similar manner to how Rockstar’s L.A. Noire handled it all back in 2011, with the player uncovering evidence to confirm motives while scrutinizing objects to yield vital clues and quite honestly, it remains a whole heap of fun to take part in and matches up well with the game’s noir tone.

The on-rails, third-person shooter stuff on the other hand, while providing a break from the slower paced core of the main game, serves as a passable, if unspectacular distraction. For the most part, your foes are hilariously dim and have no real concept of their own mortality as they casually loiter next to explosive barrels or leave various appendages hanging out of cover, just begging to be perforated. It’s not difficult or especially impressive stuff but again, like the sleuthing detective work, it makes sense in the context of the narrative that the developer has crafted and feels refreshing compared to other games which might reduce such sequences to a string of button presses. 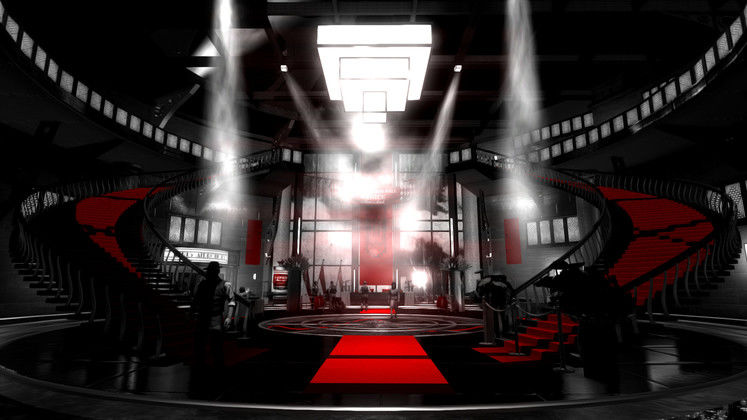 In addition to its neo-noir aesthetic, Blues and Bullets takes liberties with historical events too.

Technically speaking, the first episode of Blues and Bullets is undeniably impressive. Its monochromatic characters and environments coupled with the artistic application of shadows, light and crimson immediately call to mind the Sin City movies, doing so with striking artistic aplomb and stylish verve. Audibly meanwhile, ponderous piano instrumentals and soothing sax melodies do a grand old job of reinforcing the game’s noir stylings, while the voice acting remains strong throughout.

Unfortunately, as arresting as Blues and Bullets visual style is, it does come with some technical caveats. Slowdown is one issue that rears its head in particular and is found to be especially prominent during busy scenes, QTE sequences (annoyingly) and while the game goes off on long panning shots of the environment. Elsewhere, while the game looks undeniably gorgeous, during rainy scenes it appears that the developer has gone a little overboard on the rain-smearing effect on the camera lens, since the downpour often cascades down the camera so thickly that it partially obscures all the wonderful detail that lurks behind it. Hopefully both issues can be rectified in future episodes.

Technical hiccups aside, Blues and Bullets is a raucous and relentlessly entertaining inaugural entry into the episodic adventure genre. The deft melding of historical characters and neo-noir stylings, together with a hefty dose of artistic license and appealing sleuthing gameplay mechanics all accrue to make Blues and Bullets one of the best surprises of the year so far.

Going on a massive whiskey bender and then shooting up Al Capone’s mansion before confronting ol’ Scarface himself. 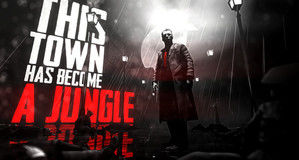