Turn-based tactical fantasy gets a healthy dose of roguelike elements

If you pick up and try a lot of strategy games like me, starting Conquest of Elysium 4 might present you with a familiar scene. I had to double-check to make sure I hadn’t booted up Dominions 4, the other tactical turn-based fantasy game from the same developer, Illwinter Game Design. Despite the two games sharing a strong visual kinship, the more I played of Conquest of Elysium 4 the more I see how different the two strategy games are and how much I prefer the newest game in Illwinter’s catalogue to anything else they’ve released.

Dominions 4 is a strategic, kingdom-level game set in a deep fantasy world. By contrast, Conquest of Elysium 4 scales things down significantly, giving players control of warbands and small armies in what is clearly a more skirmish-focused game. 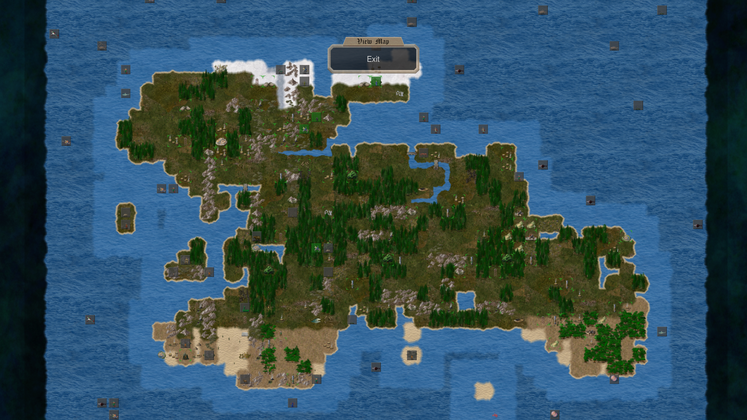 Which isn’t to say that the game is in any way easier. It is not. Long games can last for hours, but games just as often end in the first ten minutes after your heroes fight an enemy that’s just a bit too tough, or a lucky blast from a mage fries the leader of your fledgling band. As your hero falls you’re told that your empire crumbles. Well, looks like it’s time to start up a new game.

Fortunately, generating a new game is incredibly easy, and even if you pick the same settings as a previous game, the randomly generated map and starting rituals mean that no two games can be played the same way. Additionally, you have twenty factions to choose from, each of them playing in very different ways. Playing as the necromancer will allow you to raise armies of undead, but at the risk of going insane; the dwarves have access to heavily armored soldiers, but require dwarven workers to fill the roles of more specialized troops.

This is all to the game’s credit, because while the game is a turn-based tactical game, death is as quick and permanent as a roguelike. Death often teaches you a little bit more about the world you’re trying to conquer. Sure, the world might not be the same on your next play through, but tuck that information away, because it will help you somewhere down the line.

The earliest parts of the game are perhaps the most dangerous. The randomly-generated lands of Elysium are filled with natural enemies in addition to the other factions that exist. Your first warband is generally large enough to take on most creatures that wander through the farms, hamlets, and terrain that surrounds your base. I say most creatures because there are some that wander the plane of Elysium much more powerful than your starting force. These creatures are best avoided until your warband has grown in number and power. These early turns in the game are all about exploration and capturing territory that you can use to generate resources. Because your resources are scarce in the beginning, you really need to consider which fights are worth taking. More than one match has ended in the first few minutes because I didn’t realize the force of an enemy I was engaging until I had already committed the force to the field. 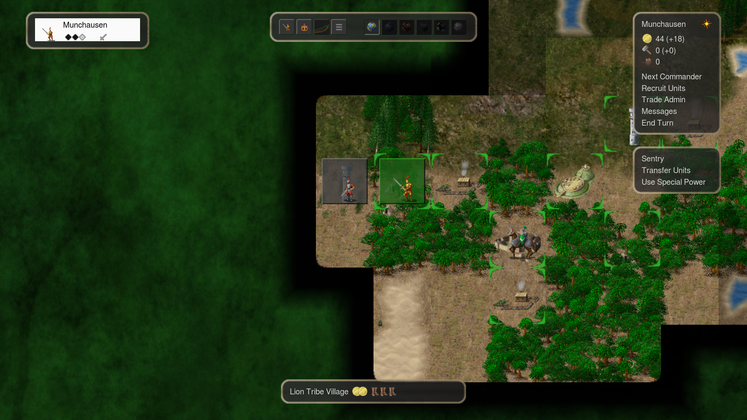 The beginning of the game is all about exploration

As you begin to capture more buildings and farms, you’ll start to gather resources more quickly, which will allow you to start building significant armies. The mid-game is still about exploration, but with the express purpose of clearing your territory of enemies, finding powerful magical artifacts, and training your magic-users. For me this is where the most combat happens, as by this time players are starting to bump into each other in the drive to expand. Veteran units that have been fighting since the beginning of the game make up healthy portions of your army.

The late game takes a different flavor, especially if you’re doing well in your mid-game expansion. Not only must you coordinate several large, powerful armies throughout the world, but you need to protect the territory you control from all sides. This is Conquest of Elysium. Sure, you can trade and research technology and magic to help your empire, but ultimately winning comes from defeating other factions and driving them from their strongholds.

In a game that is almost entirely about combat, though, the actual tactical battles are automated. You’re taken to an overhead view of the battlefield with both armies aligned, but you have no direct control over the units in your army. They will operate according to their scripted behavior. Your frontline troops will charge in, followed by your line troops. Archers, spell-casters, and war machines will try to do their work from the back, only engaging the enemy in hand-to-hand combat if they come near. And really, as much as I raised an eye at the thought of automated combat, I’m really enjoying it. I won’t say that unit scripting is perfect (it is not), but there is enough to do in the game that I don’t really feel the need or desire to order every single unit under my command in every engagement. 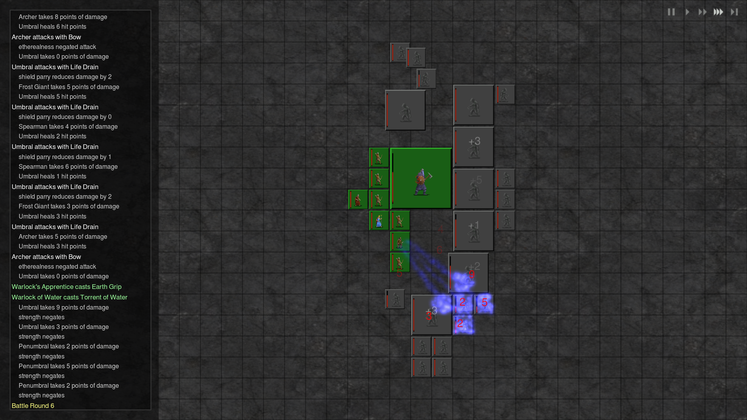 Combat in CoE4 is automated but still entertaining to watch

Ultimately, I think the game embracing its place somewhere between strategy and roguelike really sets it apart. I’m fine with not commanding every battle because I know that my little kingdom could end with a single bad engagement.

Perhaps one of my favorite elements of Conquest of Elysium 4 is the other planes that exist alongside the world you are in. In the time I’ve put in I’ve only come across portals to these other realms a few times, but they offer another map populated with enemies and resources. I don’t know that accessing these portals results in any game-ending discoveries, but I did send an army into one and it was immediately crushed by an ambushing force. I guess I am less popular on the other planes than I am in Elysium, but the inclusion of these other planes offers another tactical layer that you must consider.

When I began playing games by Illwinter Game Design I was pretty unimpressed by the visual presentation, but the more time I spend with the game, the less that aspect of the game matters. The unit tiles are small, but they accomplish exactly what they need to. Sure, two armies clashing won’t have the same cinematic quality of a game from a bigger studio, but if you let your mind fill in some of the gaps you can see exciting, deadly narratives emerging in each play-through. Pretty soon you’re not just a part of the story, you’re the storyteller. Then you realize that not all stories have happy endings, and not all heroes make it unscathed through their hero’s journey.

Having a lucky trebuchet shot drop a massive rock on top of the enemy’s grand wizard just as a castle siege begins. 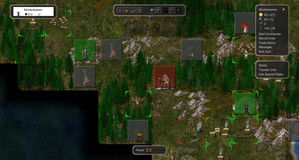