I’ve never wanted to get up in the wee hours of the morning, don a hard hat, and head to a construction site. I’ve never yearned to mix and pour concrete. I’ve never longed to dig a giant hole and lay a foundation. I am quite aware that there are people who do this in real life. I’m aware that some even enjoy it. But if you were to ask me if I would ever consider pursuing such work, I would laugh you off and shake my head. But then I tried Construction Simulator 2015: Gold Edition. Published by Astragon and developed by Weltenbauer, Construction Simulator accomplishes the goal of any simulator: simulating the real operations and elements of said real world equivalent. And if Construction Simulator is nothing else, it is a comprehensive game that delivers the core gameplay involved in construction work. After spending some time with the game, my perspective has changed towards construction. Now, when I drive by those hard working guys on the side of the road or watch from my office window as an enormous crane lifts tons of materials into the air, I appreciate their efforts. While I probably still wouldn’t choose to join them in their work, I more fully understand it, and even enjoy this digital version of it from the cool air-conditioned confines of my home.

Construction Simulator 2015: Gold Edition offers the original Construction Simulator 2015 game as well as all DLC released to this point. The additional DLC consists of 150 EC-B, LB 28, Vertical Skyline, and LR1300. Each offers more missions and/or the corresponding equipment mentioned in the title. Construction Simulator offers missions in the hundreds, more than a dozen pieces of construction machinery, such as excavators, forklifts, cranes, vibratory compactor, and loaders. The missions take place in a non-linear fashion and there is even the option of cross-platform multiplayer. Players begin in a small village in which they will learn the basic gameplay elements through a series of well-crafted tutorials. Once completed, players will then move up to the big city as they forge their construction company’s rise to success and…more constructing. 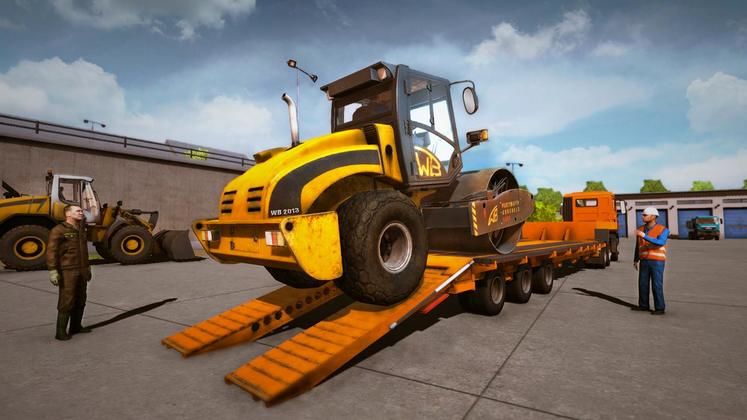 You couldn't even get it off the truck before you took your break?

The early game consists of quite a bit of driving and transporting materials to the work sites around the village. This might sound dull, but the excellent graphics and open world experience make it enjoyable. The machinery is simple at first and then progressively gets more difficult as the mission tasks become more challenging. Whether you are clearing space for a foundation or building a bridge or high-rise, you will have to master the machinery to complete the task. The journey from delivering and pouring some concrete to erecting an enormous building feels weighty due to the experience you receive for accomplishing tasks. You also work with a team of other workers who can take on assignments. This becomes helpful as the game gets into the more complex jobs.

Construction Simulator’s controls have been a point of contention by some players and there is no argument that the UI and control scheme of each piece of machinery is quite extensive. While this could be a turn off for some, my guess is that if you were interested in a Construction Simulator, this is the kind of gameplay you want to explore. I would liken the game to a Flight Simulator in that sense. The whole point is to feel as if you are doing what it actually requires in real life to work the equipment. At least as close as possible within the framework of a PC game. In this way, Construction Simulator delivers. 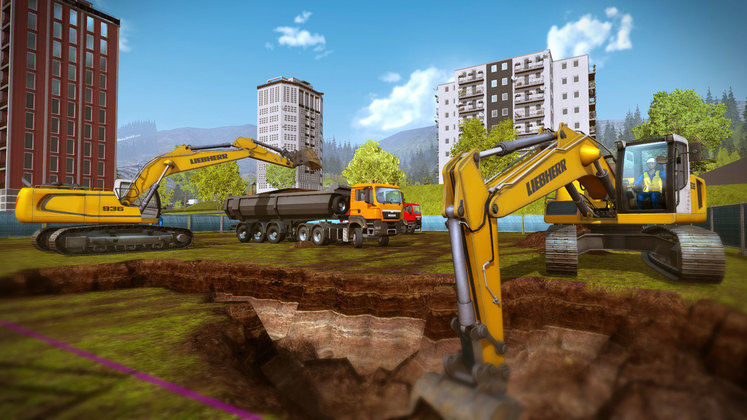 Friends who dig together, stay together

One of the real highlights for me was the sheer joy of driving around the village and city. In other games this may seem like a rudimentary activity. But in a game intended to focus on construction it really does create a high level of immersion. The player feels like he or she is living in this world doing the work. That said, Construction Simulator does have its drawbacks. The game can be a resource hog when it comes to graphics. This is an issue many have reported and I too found that, at times, the game lagged. It was never a game-breaking instance, but it was noticeable. Additionally, physics can be wonky. The digging in particular feels unrealistic while the driving takes some getting used to as well. Finally, the controls are a beast when using standard keyboard. Honestly, most vehicle focused games share this issue. In Construction Simulator 2015 Gold this can be remedied by using an Xbox 360 controller, which the game officially supports.

When it comes to the visuals, Construction Simulator is pretty solid. While more nuance and “life” could be added to the overall game, there is enough to provide a good if not great atmosphere. Additionally, the game world is a bit flat. This is, of course, best remedied by constructing buildings and making your own, more interesting, skyline. As for the optimization, the graphics seem to be an issue and older machines will indeed suffer if they can support the game at all. 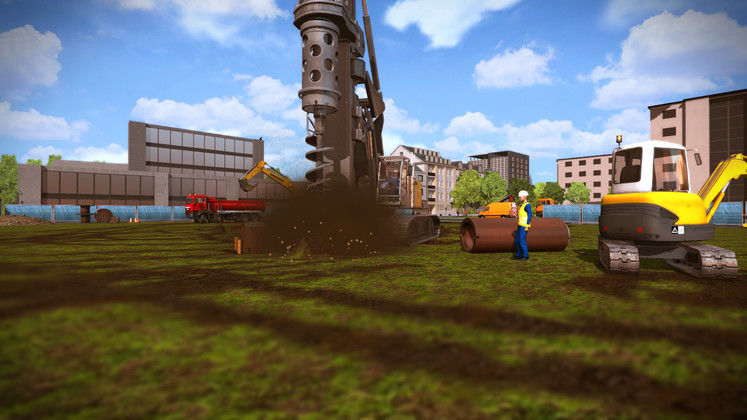 I should probably be wearing some goggles or something

Visuals aside, the gameplay is where Construction Simulator really shines. It is astounding how many different things there are to do in the game. From driving around the maps, loading and unloading materials, to digging and manipulating the heavy machinery involved in constructing all manner of things, this is a sim with solid gameplay. Most sims stick with one main area of focus. Construction Simulator brings together the many aspects of the job and connects them. While construction is at the core, there is just so much more involved. Things like moving around in the world with your avatar, driving vehicles, and interacting with others. Each of these things may seem minimal on their own, but as part of the whole, they make for a deeper sim overall.

Construction Simulator 2015 Gold Edition is a pretty good game. For those who are interested in construction it is an excellent game. The sheer volume of sims out there makes a game like Construction Simulator a bit hard to stand out in all the noise, but for those willing to take the plunge they will find an enjoyable experience that draws players in and keeps them happily working. Even players like me who never had a second thought about doing construction work. Construction Simulator achieves what any good sim should: simulating a real world activity in such a way that players enjoy it and want to do more of it. 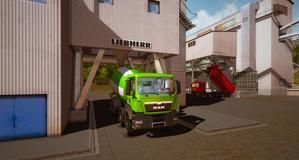