Three reviews for the price of one, what a bargain

In 2011 Techland and Deep Silver released Dead Island, and oh boy what a s**tstorm that was. A great game on paper, Dead Island was a first-person free-roaming zombie survival horror with RPG elements and a focus on co-op, sort of like an open-world Left 4 Dead with missions and levelling up. Trouble was despite a protracted period in development Techland just couldn’t quite make it work.

Well remembered as one of the buggiest games in the world, Dead Island was also extremely repetitive and the island was just boring to explore. Furthermore if you played it single-player you might as well have gone to the Options menu and turned ‘Fun’ to ‘Off’ (it’s just above ‘Film Grain’). Our review was one of the more brutal, with Alan Williamson calling it a “run-of-the-mill hack and snooze adventure; a monotonous single player experience and a multiplayer experience full of tragically unfulfilled promises”. With Techland now treading similar pastures and doing a hell of a lot better with it, and with Dead Island 2 still in development hell, Deep Silver have teamed back up with Techland to re-release “Definitive Editions” of Dead Island and Riptide along with new title Retro Revenge. Let’s see if it all worked out.

First of all let’s check out the new game of the package, which I was somewhat excited for. It appeared to be a 2D tongue-in-cheek side-scrolling beat-em-up in the style of classic arcade games, which is something the world needs more of. While the description is sort of accurate Retro Revenge is definitely not an arcade beat-em-up – it’s actually an endless runner. I know, I was disappointed too.

As a random bearded guy who reminds me of Jack Black you run through the maps, moving between three lanes while avoiding objects and punching different varieties of zombies. There are a lot of levels in the story mode, with the ultimate objective of finding your stolen cat (??), but frankly without co-op and being a mobile time-waster on my new PC I was bored before I’d even finished the first “run”. The animated cutscenes ran absymally too for some reason. Now that the new is uninstalled, how about the old? 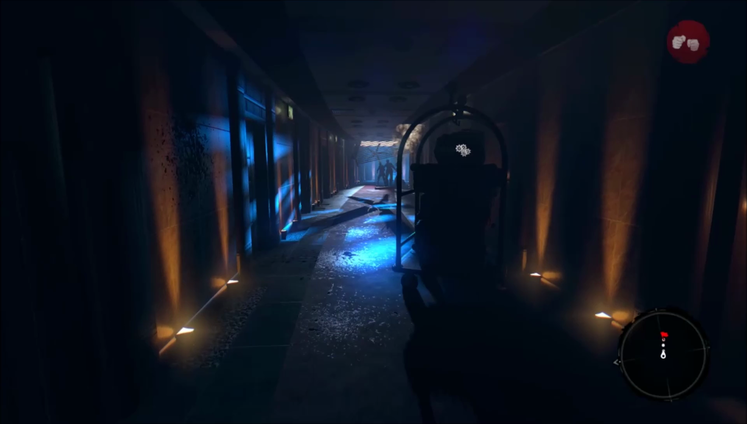 If you were holding out hope that Dead Island: Definitive Edition would address all the problems with Dead Island, or that Deep Silver would spend a lot of money completely altering and improving a five-year-old game that isn’t remembered very fondly, you’ll be disappointed. The Definitive Edition is just Dead Island and Riptide with all the DLC and some graphical improvements.

The DLC for Dead Island contains a few extra mods and skins, the Bloodbath Arena, and Ryder White’s Campaign. The Bloodbath Arena is an all-you-can-kill fest that’s basically just a horde mode, and to call the Ryder White stuff “a disappointment” would suggest someone gave a shit in the first place, so I’ll just go with “awful”. The only real reasons to play Dead Island were the co-op, levelling characters, and exploring the open world, so of course Techland made their main DLC pack a linear single-player experience with a fixed character. Riptide didn’t even go that far, with the meatiest DLC offering “a shop with special discounts on weapons”. Neat. So, hardly stuff to get excited about.

The games themselves are otherwise still the same. Dead Island is still hugely flawed, with a lot of pointless wandering, some truly terrible quests and worse characters, nevertheless get four players together and it can be pretty fun. Riptide is basically more of the same with even less imagination in the quest types, but it’s probably the one you haven’t played so might be worth picking up. Of course the biggest shadow hanging over these Definitive Editions is the fact that Dying Light exists. Techland’s own spiritual successor improved on literally every area of Dead Island so going back to the original makes things feel even clunkier than they were before. Most of the bugs seem fixed at least, but I still got stuck on things. 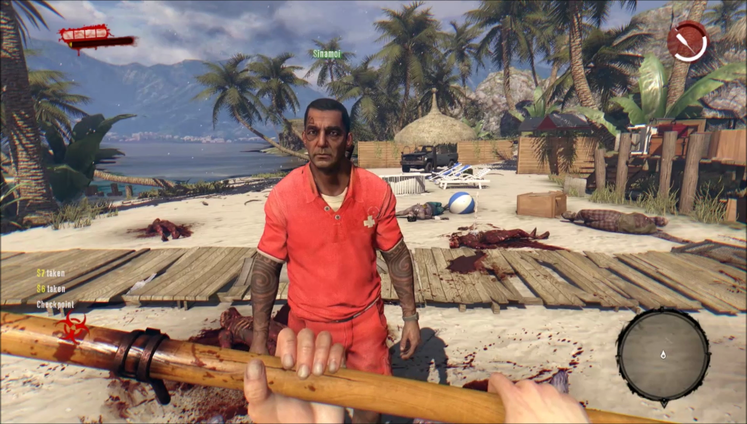 There needs to be a flip-off button.

Of course the main reason a PC owner would choose the Definitive Editions over the originals are the graphical improvements. Are they worth it?

Nothing too strenuous, but even the Minimum is a Definitive step up from the original Dead Island which Recommended a Core2Duo 2.66 GHz and 1GB GeForce 9600 (I had one of those two computers ago). I was using an AMD-FX 6300 Six-Core Processor, 16 Gb RAM, Nvidia GTX 960 4Gb, and 64-bit Windows 10 and I had no problems running all of the games. Even the original Riptide chugged a bit on my system, so the Definitive Edition actually ran better. And just forget about Retro Revenge, that’ll run on any system.

Comparison Video between Original and Definitive Editions of Dead Island at max settings.

Of course the main draw of these re-releases are the graphical upgrades. Basically Techland have ported both Dead Island games to their fancy new Chrome 6 engine, the one powering Dying Light. Check out the comparison video above, but at first glance you might not notice much difference. The video is running the PC version of original Dead Island and the Definitive Edition in maximum graphics settings, and the original stills looks pretty good. While on consoles the difference between the two versions is almost night and day, on PC the effect is a bit more subtle.

In general the new visuals incorporate improved textures, antialiasing, motion blur, shadowing, ambient occlusion and view distance. In short, you can expect better lighting and general effects such as steam and water, with the ability to see longer distances much welcome especially once you get a vehicle. The slightly ganky character models in general look better too, although lip-syncing is still awful. Banoi is just a generally nicer place now, and the blood splatters are far more realistic too. It all just looks cleaner really. 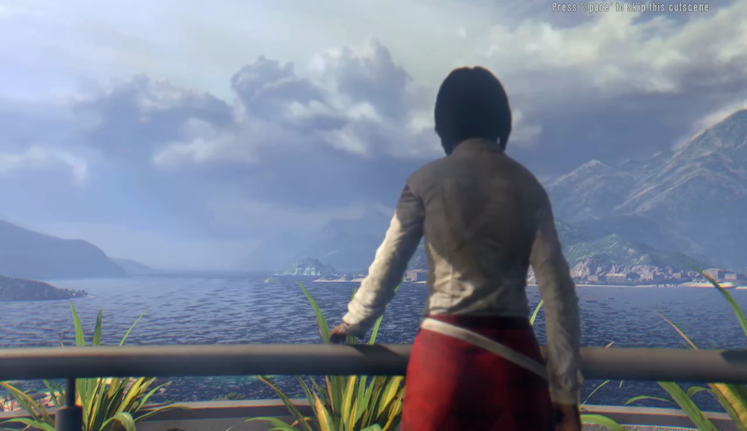 We’ll make this brief, since you’ve probably worked out whether you’re going to buy the Definitive Editions or not. This is an important point to consider before you dismiss them though: if you own the original versions of Dead Island and/or Riptide on Steam, you get a massive 85% discount on the Definitive Edition version. That equates to around $2.99/£1.80, which is nothing. Kudos to Deep Silver and Techland for doing this, making the Definitive Editions much more attractive prospects.

Dead Island and Riptide are both fairly fun games that get repetitive through extended play sessions, lack a little personality, and are altogether awful in single-player. They have also been utterly eclipsed by Techland’s own wonderful Dying Light, which took the Dead Island idea and improved on every element. Nevertheless there is fun to be found here, especially if you can find four players. The graphical upgrades are neat but hardly mind-blowing, still, the Definitive Editions are the ones to get if you want to play Dead Island again – and with the very generous upgrade discount it’s tempting. The only real disappointment in the new package is Retro Revenge for being a boring endless runner rather than the arcade beat-em-up the advertising suggested. It may be a pretty mindless package overall, but it’s not completely without brains.

Getting together four players, then deciding you’d rather play Dying Light instead. 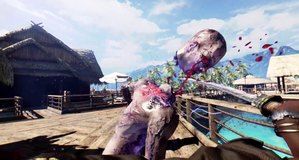