DEAD OR ALIVE 5 Last Round

DEAD OR ALIVE 5 Last Round Review

With extravagantly styled fighters, ridiculously nonsensical stories and infamously exaggerated lady physics, it’s easy to see why some folks might look down their nose at Tecmo Koei’s larger-than-life brawler franchise. Peel back its flamboyant veneer however and a tight and a deep fighting engine reveals itself to rival the genre’s best. It’s just a crying shame that Dead or Alive 5 Last Round on PC has been horrifically compromised to such an extent that it almost completely eradicates the good will engendered by its accomplished gameplay systems.

First things first; the PC version of Dead or Alive 5 Last Round does not have online multiplayer at launch. That’s right, assuming you don’t have any friends to huddle around your PC with, you’re basically going to be left playing by yourself until the developer gets around to including what should otherwise be a total no-brainer feature. 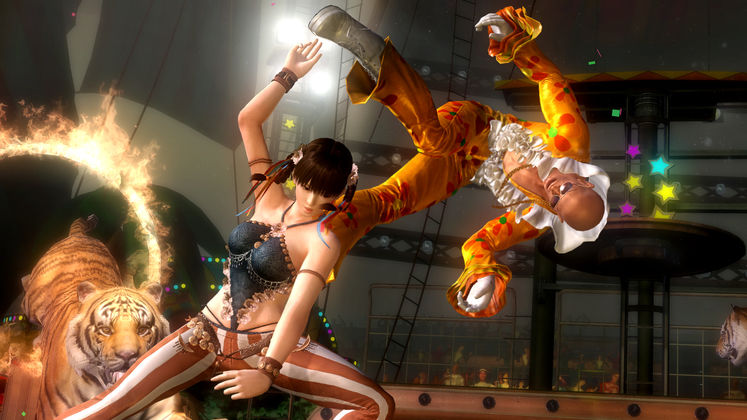 As extravagant as the fighters themselves, the stages in DOA 5 Last Round are also larger-than-life affairs

Given that fighting games such as Dead or Alive rely on the robustness and passion of their online fanbase to flourish (especially on PC), not including online multiplayer on day one seems like a great way to prevent those communities from ever getting off the ground and expanding in the sort of way that PC audiences deserve. There’s no two ways about it; the absence of online multiplayer is totally inexcusable and massively damages the game’s appeal.

It’s a shame then that despite the painful omission of online multiplayer, Dead or Alive 5 Last Round’s core fighting system is actually sublime. Placing a premium on twitch-based countering and combo-based juggling, Dead or Alive has always had a frenetic fighting system that has succeeded in separating the franchise from its peers.

Rather than merely allow players to counter incoming attacks with a single button, Last Round demands knowledge of the trajectory of attack that the opponent is performing so that the appropriate countering direction can be pressed. High strikes must be countered by tilting the analogue stick away in an upward direction from the attack with the counter button pressed, while conversely, low attacks can be thwarted by pressing the stick lower and then pressing the counter button at just the right time.

It’s a system that demands a honing of split-second reflexes but once familiarity sets in, the countering dynamic can lead to skilled players snatching some incredible victories from the jaws of defeat in awe-inspiring displays of retaliatory spectacle. A big part of this is that the countering system can literally come into play when your foe is mid-flow in a combination too, allowing players to disrupt their opponent’s rhythm with a well-timed devastating strike or slam that can shift the momentum of the match instantly.

Away from the reactionary defence dynamic of the game’s countering system, Last Round’s offensively-minded combo juggling system is as synonymous to the DNA of the Dead or Alive series as much as the counter attacks and obscene chest physics are. By launching an opponent’s fighter skyward with a specific attack, players can keep their foe bouncing about in the air by chaining together a combination of strikes that inflict a massive amount of damage. From brick-fisted wrestling superstar Tina to the thundering Jeet Kune Do power strikes of Jann Lee, there exists a huge potential for mastery of these combos, with each of them feeling very different when compared across the impressively varied breadth of fighters that comprise Last Round’s roster of bruisers. 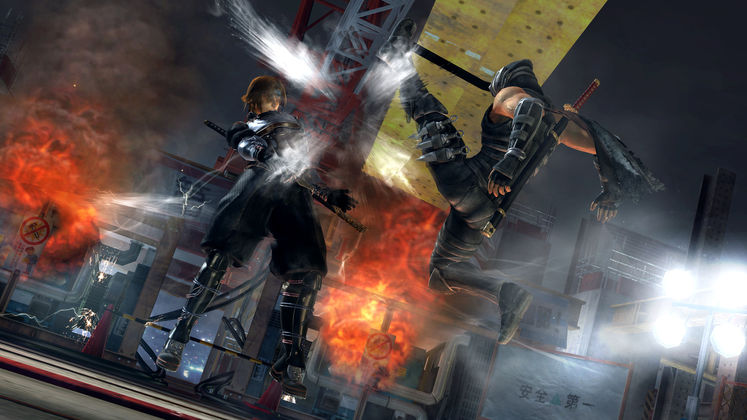 Better still, the damaging effect of these combos can be magnified if the player who isn’t on the business end of them is aware of the hazards that permeate Last Round’s many different environments.

From exploding barrels and electrified cages to crumbling walls and barriers, there is simply no shortage of interactive elements in the environment that can be used to aid in the fight. In the case of the barriers and walls especially, sometimes knocking an enemy through these can open up a new part of the environment to scrap in. A fight that starts on top of a mountain for example, might end up spilling down into the forest below if one of the fighters is knocked through a fence separating the two zones. Since Dead or Alive 2, such dynamic environments have proven to be a trademark of the series’ fighting craft and here, in Dead or Alive 5: Last Round, they return in fine form.

Unfortunately, when we start talking about stages, we arrive at another of the corners that have been cut for the PC port of Last Round. For no apparent reason, the PC version of the game is missing two stages, Danger Zone and Crimson, that were present in the console versions of Dead or Alive 5: Last Round. Of the two, Danger Zone was an especially decent stage as aside from featuring in just about every Dead or Alive title to date, it introduced a number of volatile elements such as exploding and electrified floor squares that really helped to spice up the fistic action.

Again, like the crippling absence of online play, there is simply no rational reason for those stages to not be included in the PC version of Dead or Alive 5: Last Round.

While we’re on our soapbox about what a sloppily put together port this is, we might as well have a word about the visual side of things. Quite honestly, Dead or Alive 5: Last Round is not a bad looking affair on initial impression; its combination of flamboyant fighters, smooth animations and vibrant environments prove to be an evocative one but plainly, it should have been better.

You see, as well as dropping the online multiplayer support at launch and forgetting to include a couple of stages, the porting team behind Last Round on PC have also seemingly thought that half-inching the graphics engine from the PS3 version of the game would be good enough too. You’ll note I said ‘PS3’ there and not ‘PS4’. 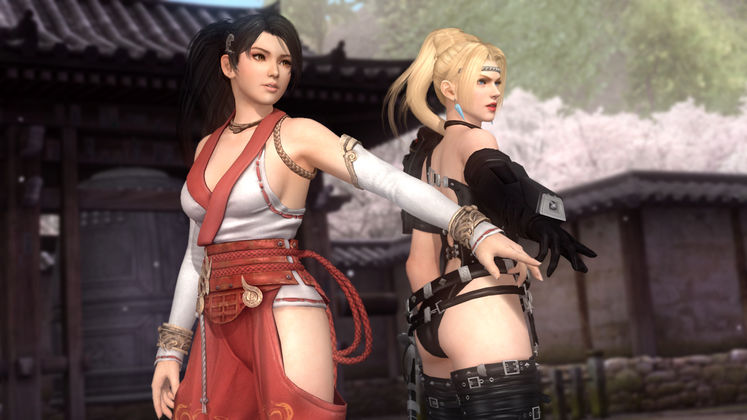 Nicknamed ‘The Soft Engine’, the visual improvements that this engine permits on the PS4 and Xbox One versions of Last Round, such as more natural-looking skin and a smattering of other character model related details, are nowhere to be seen in the PC version. Instead, PC players are left with the notion of being able to ramp up the display resolution to 4K, but unless you are a PS4 owner, why would you want to see PS3 quality visuals in a higher resolution in the first place?

Topping off this whole PC port laziness is the DLC situation, somewhat laughably. On console, players could purchase costumes on an individual, per character basis. When it comes to PC version though, clearly that was considered to be too much of a good thing as additional fighter costumes can presently only be bought in two packs that cost £39.99 and £49.99 each respectively. The whole affair would be rib-ejectingly funny if it wasn’t so tragic.

DEAD OR ALIVE 5 LAST ROUND VERDICT

Undeniably then, the PC version of Dead or Alive 5 Last Round has been neglected to a cruel and debilitating degree by the porting team. Without online multiplayer, all the stages and possessing visuals that are inferior to the console versions, Dead or Alive 5 Last Round manages that rare and horrible thing of making PC players feel like second-class citizens to their console brethren and in doing so, succeeds in heavily tarnishing what is actually a pretty incredible fighting game in the process.

Nailing a seven-hit combo that blasts your opponent through a barrier and off the edge of a cliff before resuming the scrap in the valley below.

DEAD OR ALIVE 5 Last Round Essentials 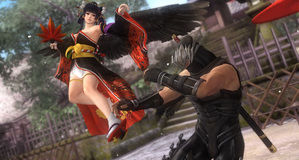 Trending DEAD OR ALIVE 5 Last Round 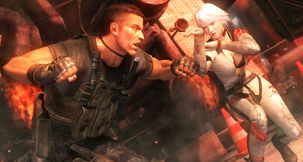 Team Ninja won't return to the PC if Dead or... 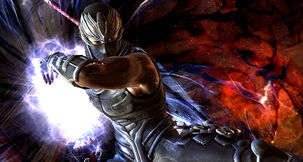 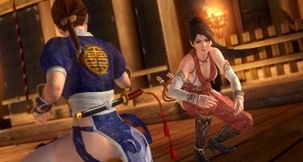