Gergor Eisenhorn. That name is infamous throughout the galaxy. Some fear it, some hate it, some are relived by it. Have you heard of him? I haven’t until Eisenhorn: XENOS landed on my desk. But Warhammer 40K fans may recognize the name and judging by the general response to the Eisenhorn books, it’s a name they like. So how is the game? I can tell you PixelHero Games gets a head start on crafting a compelling story thanks to the books, but the game doesn’t bring the text to life in a favorable way.

The story follows Gregor Eisenhorn, an Inquisitor of the Imperium of man. Basically, these guys travel through the galaxy trying to keep order. Their power is from the emperor and is near limitless. But he’s a troubled man. On the outside, he wears his authority well. No one can touch him. On the inside, he’s haunted by the deaths of friends, enemies he hasn’t captured, and unfulfilled missions. Unfortunately, we don’t get to see his humanity much throughout the game. Most of the time, he has the right answer for everything and the one time he was reckless, everything worked out anyway. I’ve always believed games could carry the same caliber of details as books because games can be as long as any book, but despite knowing Gregor’s imperfections, you don’t really see them.

It’s also interesting that PixelHero Games opts to add internal monologues to cinematics. It’s common for Eisenhorn and other characters to bounce between dialogue and internal monologue. Sometimes it feels right because it adds context to the conversation. Other times it just details what you just saw on the screen. It didn’t hurt my enjoyment of the story but it was distracting at times. 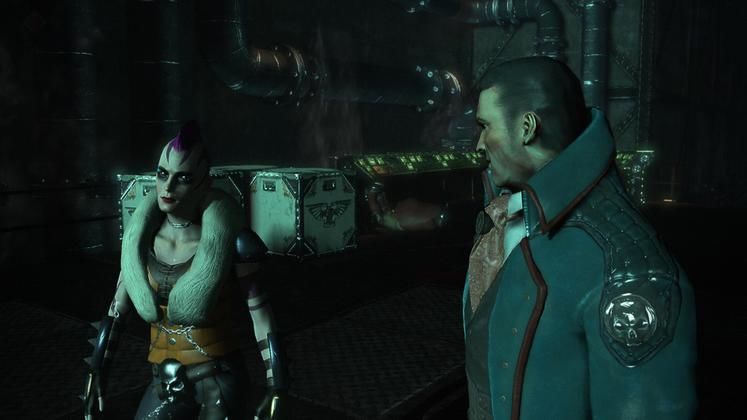 Character animations are choppy and faces are stiff.

There are consequences for not taking the time to develop the PC version of a game for PC. I don’t know if this game was ported from mobile but it doesn’t help that this PC game was also developed for mobile. Combat is extremely simplified. All you need is left mouse click (or X) to attack and block and the index finger to mash it. If you land consecutive strikes on enemies, a combo counter builds up which helps you restore Breath. Breath allows you to slow down time and perform a certain number attacks to one or multiple enemies. But I rarely felt like I needed Breath because the AI wasn’t difficult. Sure I died a few times but it wasn’t because I didn’t use all of my mechanics. It’s just because I didn’t dodge or I didn’t change direction to block an attack from behind.

I want to commend PixelHero Games for changing their levels from the preview. That tells me they did put some work into refining Eisenhorn: XENOS but I wonder how hard it would have been to add a jump button. It feels silly pressing A to “jump down” or “jump up.” This game is littered with quicktime actions and it gets worse as the game goes on. I feel like they should have made this an action-platformer but when a game is cross-designed with mobile in mind, sacrifices have to be made, right? 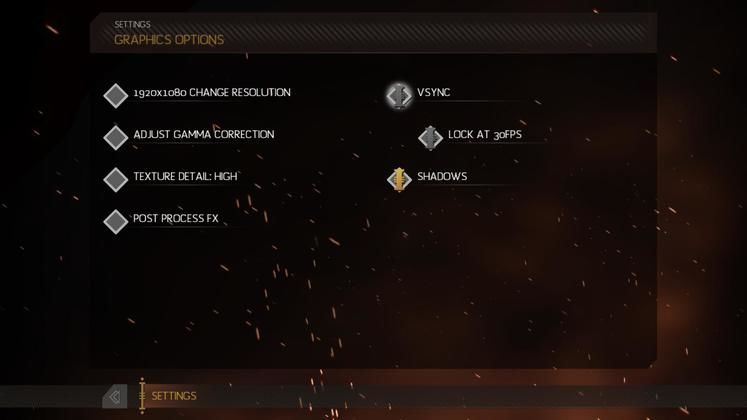 Another sacrifice is poor graphics. Shiny lights always help make everything look better but these lights are too shiny and J.J. Abrams would be proud of the ridiculous amount of lens flares. There are one or two moments when you look at the scenery and you think “wow,” but most of the game, you’re looking at flat textures and texture pop-in even between camera cuts during cinematics. Performance doesn’t fare better. The game averaged around 50-52 FPS with VSync. Sometimes it dipped as low as 30. Regardless, you’re likely not going to get a stable framerate.

Out of everything that bugged me, though, audio is the worst. Mark Strong is the voice of Eisenhorn. Great choice. But he needed a better director. There’s a lot of times when Eisenhorn is no where near the person he’s talking to but he’s talking as if he’s standing right next to them. Other times, loud noises are all around him and he’s not shouting. The audio mixing is atrocious, as well. Voices talking in a high ceiling, steel-clad room sound like studio recordings. And sometimes, the voices are way too quiet to hear over the music and sound effects, so you have to turn those down. 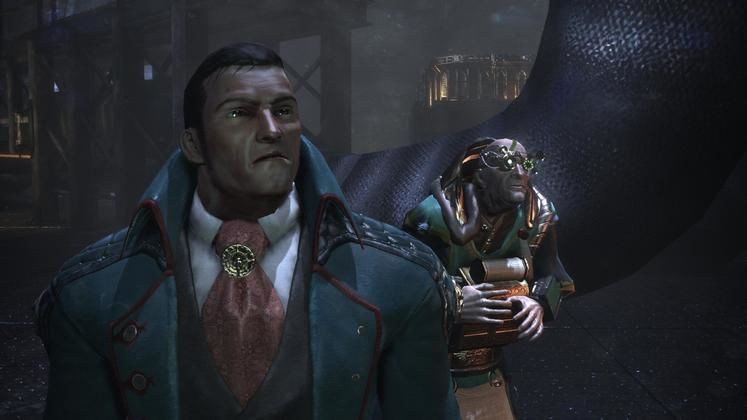 That's another bug isn't it?

It’s inexcusable when I find bugs in a game just by playing it. Eisenhorn: XENOS has too many. Two times I had to restart from a previous checkpoint. Thankfully, I didn’t see the bugs again but I can only tell you why one of them happened. The other one didn’t make sense. The worst bug didn’t even load the necessary assets or trigger points to complete the objective. I reached the location and wandered for over 30 minutes trying to figure out what I was missing. I decided to restart from the previous checkpoint to make sure I didn’t miss anything before I reached the point. When I got there, a mini cutscene triggered, which didn’t happen before, and all of the enemies and other details loaded as usual. I have no idea why that happened.

Despite all the negativity, I have to praise the music. Even though the gameplay didn’t meet expectations of the type of game this should have been, the music set the tone in every level. And some worlds looked ugly graphically, but you could still feel the atmosphere because of the music.

It’s a shame the story is the only thing that carried me through this game. If it weren’t for that, I wouldn’t be able to think of any reason to play it. Unless you’re that diametrically opposed to reading, I suppose you could pay the money to play this game. Otherwise, buy the books. Your imagination can fill in the blanks better than this game can. But keep Mark Strong’s voice as you read. That’s pretty good.

Story can’t be the thing that carries a video game and story is all Eisenhorn: XENOS has. A character as powerful as Gregor Eisenhor, with a great voice actor in Mark Strong, and an epic story deserves more than a glorified version of a mobile game. But brainless combat and mechanics, crummy audio, and unacceptable bugs keep this game to no more than a book promotion. 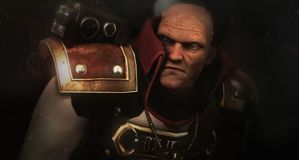 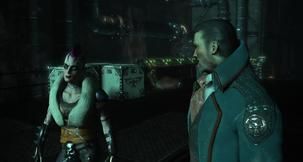 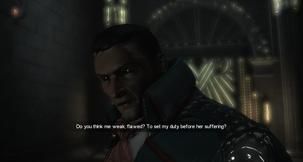