After years of wait, Empire: Total War has finally invaded PCs around the world. But did it deliver as promised? Strategy Informer finds out

For the uninitiated, Empire: Total War is the fifth and latest in the Total War series from the British-based developer: Creative Assembly. Set in the 18th century, Empire takes the series to new heights as you once again take control of a faction of your choosing, leading them to prominence and eternal glory. Like Rome: Total War back in 2004, Empire completely re-invents and revolutionises the series, using another new and improved engine, an expanded game world, and a whole host of other features making this the biggest and the best game of the series.

As the name suggests, the theme of this game is ‘Empires’, and as such you get to choose from 11 of the more prominent European powers of the time, and participate in great land-grabathons that take place in the newly discovered areas of India and the Americas. (Although America will pretty heavily colonised by the time the game actually starts in 1700.) Unlike previous Total War games, where the map was all squeezed into one section, Empire divides it up into three separate theatres – Europe, The Americas, and the Indian subcontinent, with each area nearly as big as each other. The sheer scale of this new iteration can be a bit daunting at first, as you have to watch over your holdings in three separate maps. In addition to these, you have smaller ‘trade theatres’, where there is no land up for grabs, per say, but you can use your fleets to fight for control over valuable trade nodes.

Thankfully, Creative Assembly has streamlined certain areas for ease of use, especially when it comes to empire management. Instead of setting taxes, for example, for each individual province, you set them for the whole theatre. This may sometimes make it hard to balance things between happiness and income, especially in newly acquired provinces. To counter this, extra controls where you can exclude provinces from paying taxes, giving them a temporary boost in morale whilst you wait for your influence to truly take hold.

Whilst the campaign map itself has grown, in some respects it has also shrunk due to the fact that provinces are larger, so in reality it balances out with previous games. Whether this is a good or a bad thing remains to be seen, but it may first be helpful to know what CA has actually done with the provincial system. Instead of in past games, where provinces consisted of a town/castle, and a port for seaside area, this game is split between provincial capitals, towns, and other specialised settlements. Each new ‘town’ can be given a specific task depending on what you build, whether it be research, happiness, industry or religion.

There are also other settlements in the form of resource ‘nodes’ which are predetermined and can only be upgraded for better yields. These ‘outlying’ settlements can be taken over temporarily by invading armies without them taking the province, and any benefits that are gained are nullified. Take the big city that serves as the regional capital, and you take the region. The whole point of this set up, as far as can be seen, is to open up the field, as it were. In the age of gunpowder and infantry lines, battles were more often than not fought in an open field but focused on population centres. The new regional set up allows for this, forcing players and NPCS alike to station troops in all of the intractable areas, or send out armies to stop invaders trampling all over the place.

However, old habits die hard, and whilst the AI is programmed to interact with provinces in this new fashion, player habits are hard to shake, and you may, more often than not, find yourself going straight for the ‘heart’, so to speak. This can mean that the lack of provinces makes conquest too easy, especially on the European theatre where this is more prominent.

A lot of other things have been streamlined in Empire as well. Agents, for example, have been reduced to two types, and they are automatically generated so you don’t have to worry about training them yourself. Rakes represent a combined spy/assassin unit, and is one of the few surviving traditions of the previous games. Gentlemen represent another new addition to the game; helping with speeding along research, and duelling/eliminating other gentlemen so that you can stay ahead of the curb of your enemies.

Research is actually one of the two big changes that has come to the series. In previous Total War titles, technology was a very limited concept. Various buildings would unlock various units, and in order to get better units, you would simply build better buildings. This was a simple, yet restrictive method of advancing your civilisation, as it meant you had to make sure your domestic affairs were in order; otherwise you wouldn’t be able to raise the funds needed to train the high-end units. Whilst on one level this hasn’t changed – you still need to upgrade your buildings to get better units – the newly added technology tree helps spread the burden of improving your civilisation, without being tied to expensive building sets. It is a very integrated system, as a certain level of building unlocks a certain level of research items, which in turn can unlock the next level of building, and researching costs nothing but time.

The tree is split into three main areas – Military, Industrial, and Philosophy, and these are in turn split up into certain subsections depending on faction. The improvements are small, but they help diversify nations and help set them apart. In the past, the only thing that separated you from another faction was your unit roster and your colour. Now nations can utilise more subtle and less expensive ways in order to gain a leading edge over one’s opponent, through either increasing economic might, to increasing the effectiveness of one’s army or navy, to more thought-driven advances.


The other big change is the inclusion of naval battles for the first time in the series’ history. Naval engagements were generally more of an afterthought in previous Total titles, with their only use being to transport troops, explore, and blockade ports. Should your navy come into contact with another, then a quick auto-resolved computation battle took place based on statistics and probabilities. Now, by developing its own dedicated battle engine, players can fight out naval skirmishes like their land counterparts, utilising a unique set of skills and controls to fight for ocean supremacy. This has been a feature that has been wanted for a while by a section of the fan base, and is a worthy addition to the game.

In all honesty however, it may not be everyone’s cup of tea. Even the smallest of skirmishes need a lot of micromanaging of individual ships in order to be effective, and you can find yourself trying to juggle several ships at once. Path-finding, the great thorn in CA’s side, is also a bit of an issue. Ships can easily get tangled up in one another, or be prevented from moving, making them easy targets to a well trained AI. Whilst these engagements will probably appeal to some, those of us who weren’t that bothered to begin with will probably just find ourselves trying them out for a bit, and then auto-resolving to save time.

Speaking of a well trained AI – one of CA’s greatest claims when it came to this title was a new and improved dual AI system, one for battles, one for the campaign. The theory was that, as well as using more advanced tactics in general, the battle AI and campaign AI will converse so that the one will use tactics that suit the other. Very posh sounding on paper, but the reality has so far not quite lived up to expectations. Still, the AI is vastly improved, and you will often find it using more advanced tactics against you to great effect. Coupled with the completely new fighting style that comes with the 17th century, and players who are either on the more casual side of life, or who are used to the easiness of previous AI’s may find themselves frustrated on many occasions as they are beaten more often than they would like.

However, this is barely scratching the surface, as there is far more to this game to talk about. The land battles, whilst intrinsically the same, are extremely different from previous games due to the new tactics that were brought about through the use of gunpowder. Infantry lines, cannons and volleys are the order of the day, with mêlée only being used as a last resort, or a flanking action by cavalry. A new separate story-driven campaign, The Road of Independence, has also been included to help ease players into the new environments that Empire brings. Styles of play have been improved on, recruitment has been revamped slightly, diplomacy is easier... The list goes on, and unfortunately not all of them can be properly explored in this review. Take it from us, and just go out see for yourself.

Contrary to the impression we’ve just given out, this game isn’t perfect. There are a whole host of technical (or other) bugs that exist, that really give off an ‘unpolished’ feel. AI path finding (especially during sieges) is a problem. Units will quite often get stuck around buildings, on the ramparts, or even in breaches in the walls, and will start moving in ones or twos towards their destination. Units also have a habit of walking through friendly fields of fire when they shouldn’t; there is a whole list of defects that could be fixed, but at the end of the day, the extent to which these things bother you depends solely on your point of view, and how much you really care. It’s a shame though, as you want to call Empire the perfect game, you really do, it has so much going for it, and yet like all eagerly awaited games, you can’t help but find those little flaws, those simple quirks that you make you think, “Hmm, why would they do that?”

There are other less technical flaws with the game however, which on some level is even more disappointing than the previous ones. Certain factions, for instance, seem to have not had as much time spent on them, in terms of unit rosters and historical accuracy. The United Kingdom clearly has the best and most diverse unit roster, which betrays the possible bias of the developers. Still, it’s not the end of the world. Whilst it’s disappointing that Creative Assembly couldn’t put in the time to improve on the other playable nations, a skilled player can still out-smart an opponent with less advanced units. Also, despite an improved graphics engine, CA didn’t bother adding any individuality to unit models. Whilst you could argue that the general ethos at the time didn’t suit a diverse and individual taste in uniforms, it seems a bit of a step backwards to not even have variations in facial features.


On the other hand, it’s easy to look past these things to what is still an incredibly enjoyable game. With a budding online community behind it, and a better post-release support system this time round, many of these changes will be fixed over the coming months. Longevity is assured, if only because there is so much to do, even if some factions have a less diverse set-up to do these things with. 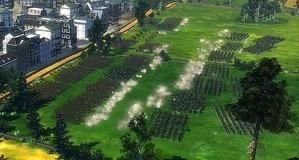 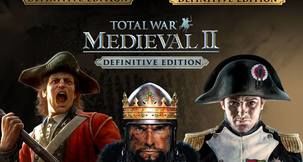