Continuation rather than innovation

F1 2014 is the culmination of Codemasters' impressive few years with the Formula One license, and the last game in the series to be developed with the previous console generation in mind. On the tarmac the game does a solid job, refining the excellent work the studio has done to make players feel like they're really at the wheel of an F1 beast. Step off the track, however, and an uninspired feature list combines with lacklustre presentation to make F1 2014 feel like it's treading water, a stopgap for Codemasters as they concentrate on the next generation of hardware.

The feeling of 'been here seen that' starts as soon as you boot up, only to be presented with menus taken directly from last year's entry. Cycling through the options, you're again met with a very familiar list. Actually, there's even less to see than there was last year, but we'll get onto that in a bit.


Career mode chugs along largely unchanged, pretty much an exact copy of the previous four seasons. Choose your driver, pick your team and then get beaten by Lewis Hamilton every single time. It's fun, and the ability to exit races mid-way while saving your progress is hugely welcome during those lengthy Grand Prix contests, but it still lacks both personality and player engagement. You get emails from your team and the company owners congratulating you on certain landmarks and so on, but I couldn't help thinking that Codemasters could have brought your driver into things a bit more, maybe adding some Football Manager-style media interactions or even just a few extra cutscenes.

That said, if all you want is to get down to the racing you'll probably welcome the functional simplicity of it all. F1 2014 wants to get you on the track as soon as possible, because that's where the game feels most at home.

Big hitters like the Mercedes and Ferrari stick close to the track, screeching with the power of their new turbo engines as you pull out of a tight corner, challenging those using manual gear changes to listen for just the right register to slip up a gear and roar into the lead. There's more raw power out of the corners here, which can easily lead to over-compensating and spinning out your back wheels. It takes a couple of races before you learn how to handle the new engines. Still, despite that initial learning curve and even with driving assists turned off, using the top-end cars can be fairly easy once you get a handle on their new eccentricities, for a greater challenge it's probably advisable to use the more erratic, lower-end cars.


Driving is responsive and fun, as close as anyone's ever got to portraying the power and speed of F1 racing. It's just not that much of a leap forward from last year. The game still lacks a damage model of any note, which is especially disappointing considering what games like Project Cars and GRID Autosport are doing these days. Any changes to the way cars handle from F1 2013 are so subtle that those who mastered that game won't find anything to really challenge them here.

Newbies will at least have an easier time. F1 2014 adds an evaluation test that kicks off when you first start the game. Over a single lap on the Monza circuit the game assigns you with a recommended difficulty setting, which you can change later should you desire. The new 'very easy' setting is perfect for those new to racing games, allowing you to get the advantage over dumber AI and learn the ropes. Both of these fairly rudimentary additions are being touted by Codemaster as big features this year, which gives you some idea of the general paucity of innovation and ambition.

Just like in F1 2013, there's a decent amount of variety for players who don't have time for a full season of 70-lap Grand Prix races. Optional shorter championships of 7 or 12 races instead of the regulation 19, a new Season Challenge of ten five-lap races, as well as single races and so on are perfect for an evening of racing, while longer career mode drives can be saved halfway through – not a new feature, but still a welcome one. Scenarios return, tasking you with completing specific tasks under certain restrictions; holding on to a lead with damaged tyres, for example. These are nice, but nothing that's going to keep players occupied long-term.


F1 2013's Classic options, which allowed you to race with historic Formula One vehicles like Nigel Mansell's 1988 Williams FW12, have been removed this year. I'm not completely sure why, to be honest. Being able to race as legends form the motorsport's storied past was a big draw for fans, and removing it makes the already dry content list feel even more barebones.

Stripped down and lacking new ideas, F1 2014 definitely feels like a stopgap; the racing itself has been honed over several incarnations to the point where it's pretty damned sharp, but with the omission of classic mode and a relatively scarce list of new features, there's a sense that Codemasters are resting on their laurels here while they concentrate on the next-gen F1 title they've got in the works. If you're a huge Formula One fan the updated season content might be enough to sway you on F1 2014. For everyone else, there are better and more involving racing games out there, that are far more worthy of your time.

Making the perfect corner to overtake your rival still holds a certain thrill. 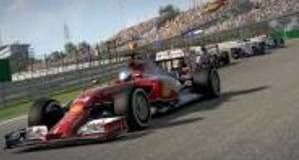 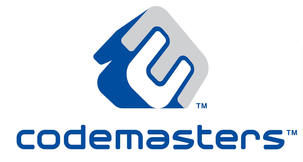 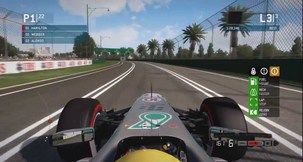 Formula One demands F1 mods be removed from...