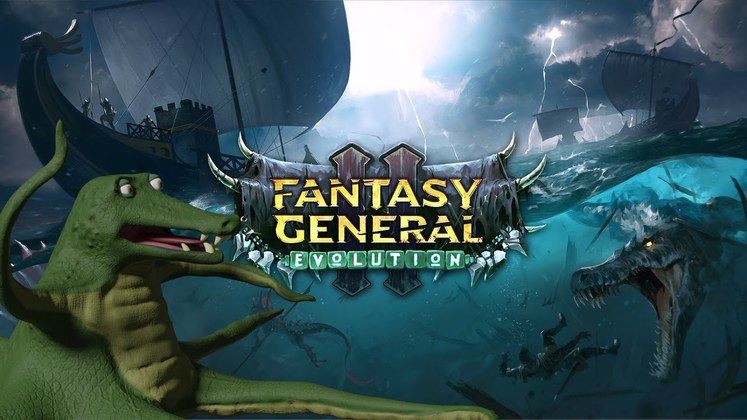 For those of you unfamiliar with Fantasy General 2, you can think of it like Civilization minus the city building. Each scenario takes place on its own map complete with settlements to capture, caves to loot, and wild animals to slay. Add to this, Fantasy General 2 is set in a fantasy world, complete with magical spells, summons, and artifacts.

Much like Slitherine’s Panzer Corps series, you build up an army made up of different units and carry them with you battle to battle. As the campaign progresses across a world map, you level up your heroes and units in each fight and desperately try to keep your veterans alive.

One major advantage of this setup over more traditional 4X titles is the balance it brings. With optional enemy scaling that keeps the challenge up as you improve your forces, the hordes of enemy forces in each scenario can’t simply be steamrolled by building up a larger force.

Another would be the focus. Without the need to micromanage your settlements or worry about production, research, and unit upkeep, the whole scenario gets boiled down to the tactical elements where Slitherine really shines. The game is beautifully balanced with simple mechanics that leave a lot of room for planning that perfect thrust. While Fantasy General 2 isn’t a perfect game, in many ways it is flawless in execution.

“Lizardfolk are a predatory race who grow through eating their prey, with the most powerful foes earning you evolution points.”

It is easy to understand what you’re looking at on the field, and easy to believe the AI understands it to. The AI will use credible tactics to whittle you down while pulling its own injured from the front lines, covering retreats with ranged units and charging your back line to take down wounded soldiers. All in all, this situational awareness makes fights about more than just blobbing.

Speaking of the injured segues nicely to talking about the wound system. Each time a unit is damaged they take wounds that reduce combat efficiency but can be healed by resting the unit. There is also a chance for models in the unit to be permanently killed but for the most part your units can heal and rejoin the fight, leading to some tense retreats and chases. 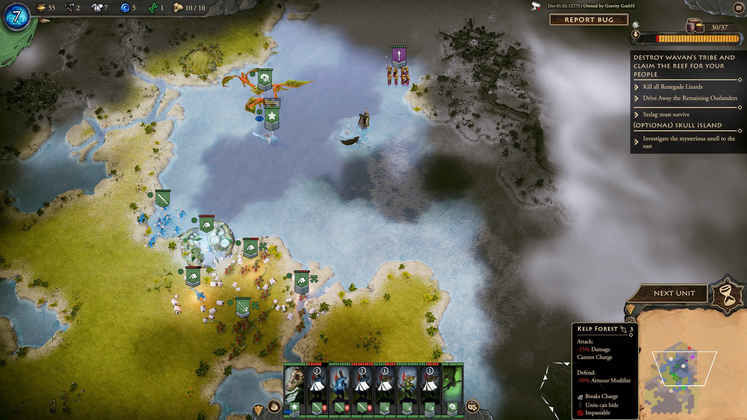 Now onto the expansion at hand. Evolution isn’t the first DLC for this game and while previous ones have added their own campaigns with unique gameplay styles, you don’t need these to enjoy Evolution, which comes with its entirely new campaign centred on the Lizardfolk.

These Lizardfolk are a predatory race who grow through eating their prey, with the most powerful foes earning you evolution points. When available, these are shown on the campaign map letting you know how many evolution points you will get for completing the scenario there. Note that you must kill the primary target yourself and not let another faction do it to get the points.

“The unique Lizardfolk quirk is that you gain liquid mana when a unit dies, and many unit upgrades require this resource.”

Killing these campaign targets is fortunately not the only way to get evolution points, and they can be taken from other high value targets like heroes along with being available from certain merchants on the campaign map. They do however, cost quite a lot of liquid mana, a resource we’ll discuss later. 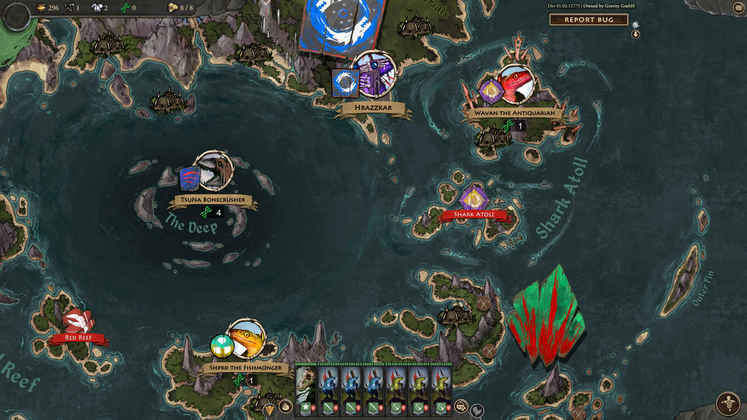 Heroes and several high tier units can use these rare evolution points in the upgrade tree. For heroes this is separate from their regular skill tree and the upgrades grant greater power but also change the passive abilities of the unit. For example, the third tier of Szzlag’s upgrade tree removes the ability to hide in deep water and swamps, but grants him fearless in addition to the extra hitpoints and damage output.

As mentioned, liquid mana can be used to buy evolution points, and like the other factions, for upgrading units. The unique Lizardfolk quirk is that you gain liquid mana when a unit dies, and many unit upgrades require this resource. In many ways this rewards the player for losing squads in combat and encourages more reckless action and maintaining a weaker overall force.

Despite the need to lose units to gain a valuable resource, I can’t help feeling that they are too weak to be very enjoyable at times, with low tier units dying to a double volley or arrows and being forced to retreat immediately. It leads to a frustrating cycle of gather and retreat, sometimes being able to strike at an enemy but often times not. 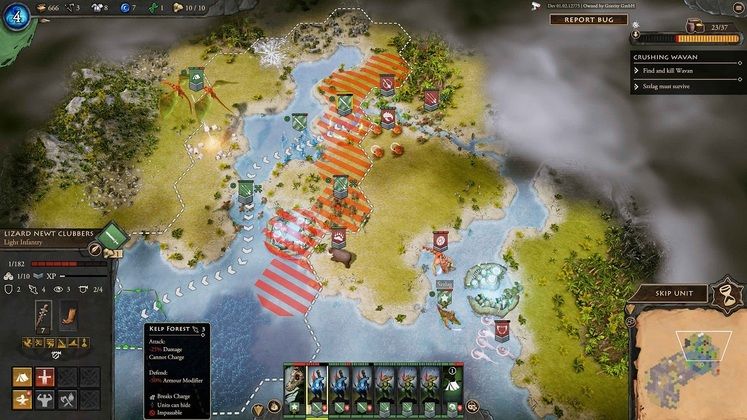 Thankfully, the lowest tier of units share the expendable trait which negates morale loss from their deaths, so the sacrifice of a lot of units in battle isn’t the worst thing. There is however, a possible morale loss from certain choices made during the campaign story and without giving any spoilers away, try to remember that lizards respect strength.

Having sacrificial units like this gives you the mana you need to upgrade and trade, but comes at the cost of having to maintain a much weaker army, at least until you’ve lost so many units that you have enough liquid mana to upgrade a full army of high tier lizards.

These high tier units are expensive for what you get, but some have real strengths that outweigh the negatives. Despite their inherent lizardfolk weaknesses they mostly gain the flesheater trait, giving them 20% of the target’s hitpoints as a heal when they inflict the final strike. This encourages a minigame of sorts, deciding the attack order of your units to heal your weaklings as best you can. 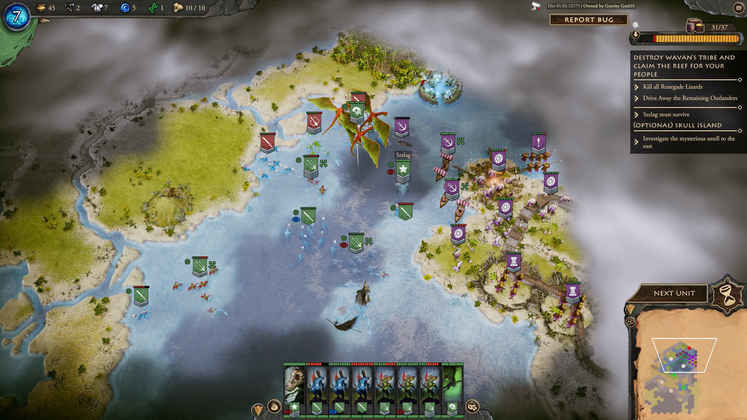 Units in the lizardfolk army also mostly possess the amphibious trait that increases movement speed in all water - including rivers - but drastically reduces it on land. The usual combat penalties are also ignored by amphibious units on water tiles. Tactically this places the lizardfolk at a severe disadvantage unless they are striking from water but opens up lots of flanking possibilities on the largely ocean based maps dotted with islands.

Increasing your supply comes from certain optional objectives and these are usually in the form of hunting a giant creature as a meal for the tribe. These are worth doing even if it means backtracking in a scenario and losing the region’s wealth bonus. Seriously… don’t skip the giant crabs. Searching the map is also more valuable use of your time than in previous campaigns, with dozens of valuable treasures to be located throughout.

This may have something to do with the Lizardfolk’s inability to live in human settlements, making them near worthless with the exception of castles. Instead they have the raid action that grants a random reward at the start of the next turn. This reward can be gold, equipment, or an artifact but with less ways to earn a gold income, exploring provides balance and a good change of pace.

Running on a fairly tired, four year old computer, I experienced smooth gameplay, no noticeable bugs or crashes, and had phenomenal loading times. All in all, a very well optimised game that shouldn’t struggle too much.

Fantasy General II: Evolution isn’t available to purchase yet, but it will be available on Steam, Humble Bundle and Slitherine Store when it releases on 25th Feb. You’ll need to own the base game before you can play the Evolution DLC, and you can grab it from Humble Store for £30.99/$34.99.

The Lizardfolk are a very interesting army to play and the campaign has a lot of character. I personally found them rather weak and relying too heavily on front line cycling for my tastes, but the more I got to explore their strengths, the more fun I had. Overall, if you like Fantasy General 2, you’ll probably like Evolution as it mixes it up enough to be fresh, without taking away what makes it a great game.

Triggering a war between two factions and sneaking around the side of the map to assassinate my general’s treacherous sibling while they were distracted.

Fantasy General II: Evolution was reviewed on the PC and a copy of the game was provided to GameWatcher by the publisher, Slitherine Ltd, for free. If you purchase the game from any links contained in this article, we may receive a small amount of commission from the sale. Thank you for your support. 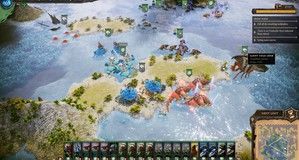