The first DLC for the latest Far Cry is here, but will it be as divisive as the main game? 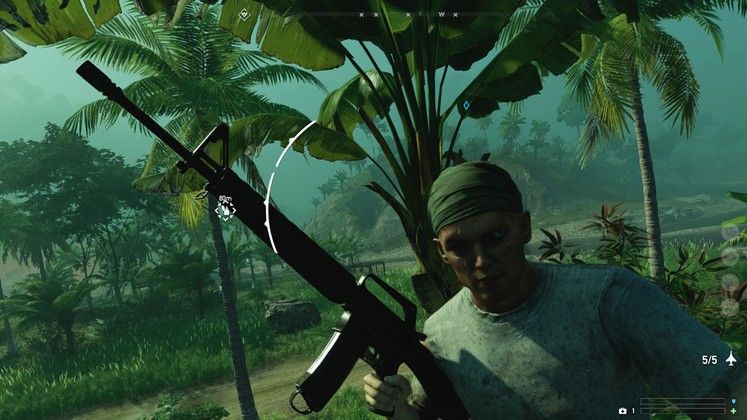 As fans of Far Cry since the first game, we’re going to be honest - while we generally enjoyed Far Cry 5, and gave it a good score, it’s probably our second-worst game in the series (after Primal). There was a lot to enjoy in it, but it wasn’t quite different enough from previous games, the setting was boring and the story was awful.

Now the first DLC is here, Hours of Darkness - can it redeem Far Cry 5? Well, probably not, but can it just add a bit more fun to it? 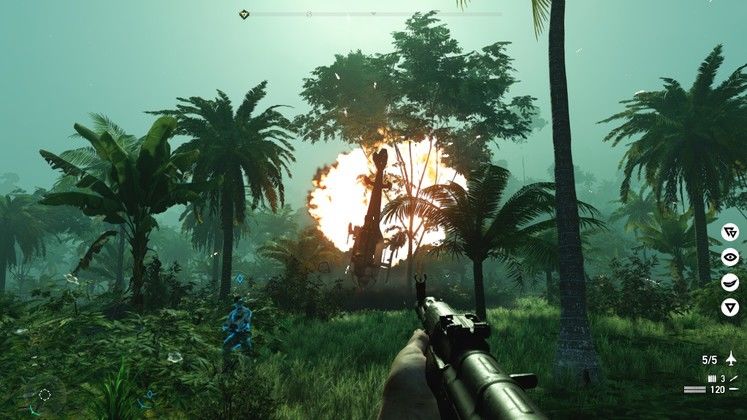 Hours of Darkness is set in Vietnam, and is based around the Wendell Redler lighter quest from the main game. Players take on the role of Wendell back when he was a soldier fighting the Vietcong. After escaping from a POW camp he has to find his lost comrades and make it to the rescue point, while doing a lot of damage to enemy forces along the way.

And that’s the extent of the Hours of Darkness storyline. There’s an opening cutscene, with characters and Blood Dragon-style animation and everything, but after that you’re just dropped into a large open area and given a point to the far east to get to. You can and probably should explore as much as possible, but don’t expect much as 80% of the landscape is just trees and rocks. You’re not given any other directions, either - so you’re expected to wander the map looking for places of interest and people to shoot. 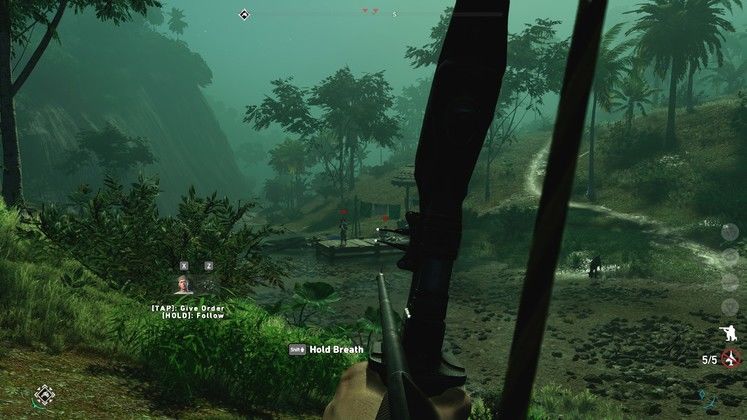 In-between those trees are lightly-guarded POW camps, regular camps with a commander to take out, AA guns, propaganda players to destroy, and more of those sodding lighters. Despite the occasional firefight other than your three allies there isn’t a single friendly soldier in the whole expansion, so I think the Vietcong are just shooting to be dramatic. The only usable vehicles are jeeps, and they only show up in the second half of the DLC. There is no wingsuit, parachute, or fast travel. There are no sellers or stores, so the only weapons you get are ones you scavenged yourself.

There are a couple of new features at least. Taking out AA guns gives you the ability to call in a few airstrikes, which is fun if unnecessary. There are three modes play - Normal, Survivor (smaller inventory and less health) and Action Movie (unlimited airstrikes and four weapon slots), which are neat choices. Stealth killing gives you access to four Perks, which reset if you get detected - and these involve auto-tagging enemies, moving faster when crouched, and being able to tag enemies through walls. 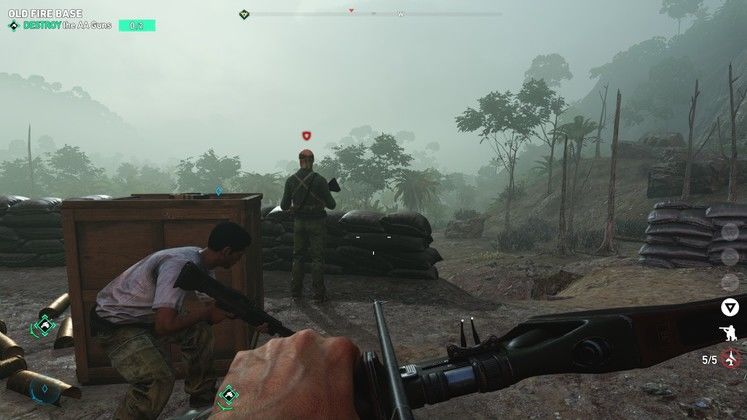 Hours of Darkness is a brainless Far Cry 5 sandbox. You’re thrown into a map and are told to kill, crush, and destroy. That’s it. Don’t expect deeper meaning, and despite the drama of the opening cutscene - that evokes Far Cry 3 without the fun Vaas - there is no drama to the conflict. If you want a slimmed down, thought-free version of Far Cry, this DLC is for you. In short, if you just want to go somewhere and shoot some things with little complication, this is for you - if things like ‘stores’ and ‘missions’ are complicated for you. Of course, it’s also basically just an over-large, slightly more polished Arcade map, and doesn’t really offer anything you can’t find in the main game.

Our system is an AMD FX-8300 Six-Core Processor, 16 Gb RAM, Nvidia GTX 1050 Ti 4Gb, and Windows 10 64-Bit, and much like Far Cry 5 main it ran incredibly smoothly. We don’t know what it is about Far Cry, but it always seems to have a more stable engine than any other Ubisoft game. Hours of Darkness often looks quite bland unfortunately, with everywhere just being cut-and-paste trees, rocks or huts, but the mist and fog effects are wonderful at least. 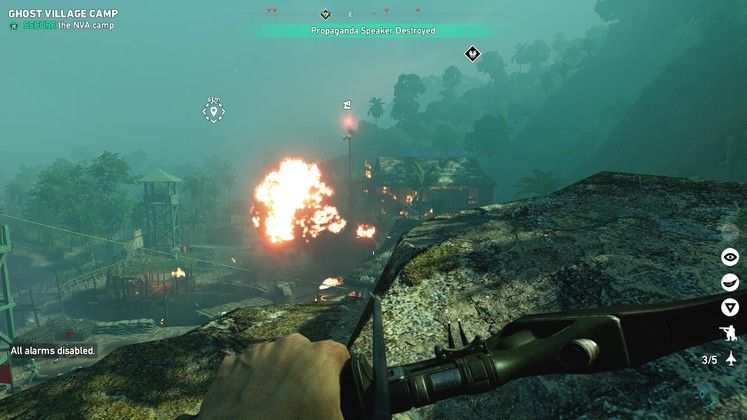 Have you finished Far Cry 5 and want a slimmed-down, brain-free, complication-less version of it? Then Hours of Darkness is for you. No story, no missions, no stores, few vehicles, barely any dialogue, cutscenes, or characters - just you, an open map, and people to kill and blow up. That’s it. There are things to find, but essentially, this DLC is all about the shooting. Normally we’d be all over that, but it’s also very bland. The map has very little of interest, everything looks washed out and identical, and we were bored very quickly. Oh, and enemies only offer a challenge once they start cheating and spawning behind you.

If you already own the Season Pass for Far Cry 5 give it a go, but we doubt you’d want to buy Hours of Darkness separately. Save your money for the far more fun sounding zombie and alien expansions.

The first aircraft strike is more impressive than any of the others in the game. 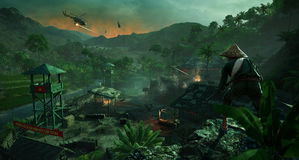 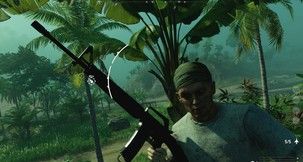