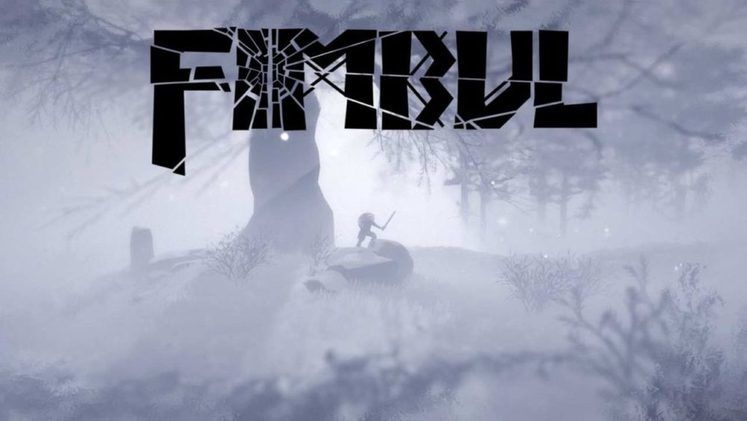 What can you say about Norse mythology? The correct answer is more than me. If you know nothing about the various stories from that era (or don’t care), you’ll probably ignore this game. If you are interested in those stories, welcome to Fimbul. From developer Zaxis and publisher Wild River Games comes a story that takes place during the Fimbulwinter: the last winter before Ragnarok. A ton of games love using the iconography of Norse culture, but very few are interested in telling a story regarding it. This is what makes Fimbul stand out the moment you press start. Can that attention to detail make this title worthwhile? Let’s find out.

You play as Kveldulver: a beserker murdered by his brother. After he is resurrected by the Norns, the weavers of fate, he is forced onto a quest to Jotunheim to stop Ragnarok happening before its time. Along the way, it tells its story through comic book panels that vary from stylized to somewhat janky. It’s clear that the game was made on a smaller budget, and a game that uses its limitations to add a bit of style is always appreciated. 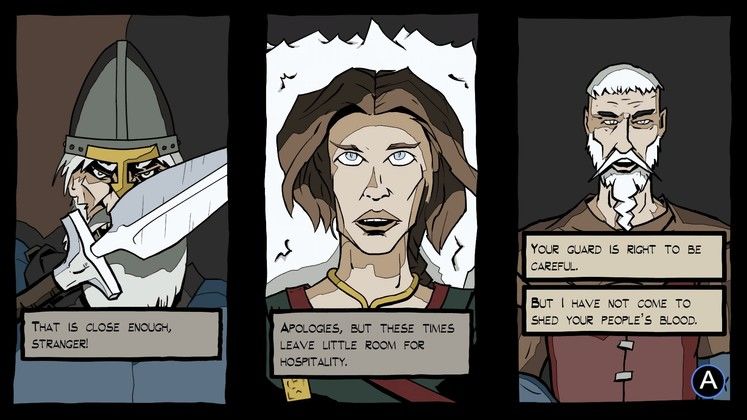 Like most stories based on myths, this is incredibly straightforward. That isn’t bad, it’s a game that knows myths aren’t complex. The only problems that emerge are ones of terminology. This is a game made by people who care about Nordic myth. So much that it can be easy to get confused. It’s not a game that holds your hand in telling its story and it won’t explain words you don’t know. Never heard the term Jotun? You’ll be able to peruse that it’s a term for giant, but it’s not told outright. There’s no shame for googling terms you don’t know in Fimbul, and it gives incentive to learn a bit more about the culture.

While Fimbul bills itself as an action/adventure game, it’s more accurate to say that it’s a hack and slash with some additional non-hacky/slashy bits. It’s a very linear experience: you follow a path, fight some vikings and/or giants, make a choice, do something that doesn’t involve stabbing someone, rinse and repeat. Fights, in turn, are pretty by-the-book. You’ve got your heavy attacks, light attacks, rolls, blocks, nothing too outrageous control-wise. The exception to this is its combo system. Instead of a score system, recurring hits let you use stronger abilities and a spoiler-filled “final form” near the end. In exchange for the combo, you can knock down enemies, heal, or instakill weaker foes. It’s probably the most unique thing the game has going for it. 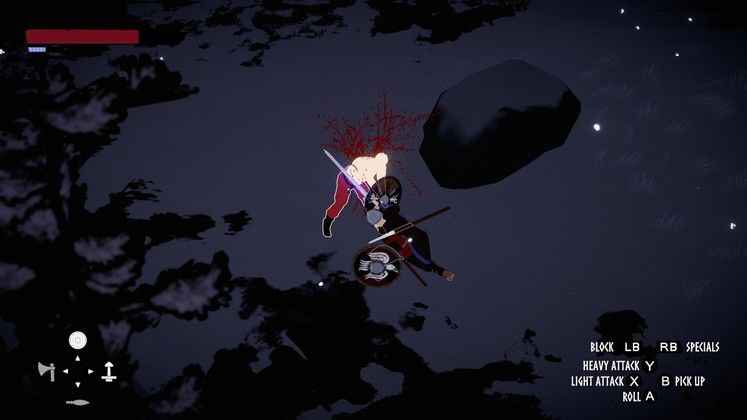 This combo-as-reward system is fine, but it can get cheap easily thanks to its healing ability. It doesn’t require a huge combo, making death less of a concern. There are some enemies that can cancel it, but it’s not a challenge to retry healing yourself. The concern from said combat is its lack of edge. Fimbul is trying to sell you on not just the brutality of the Fimbulwinter, but of Viking combat itself. It feels too clean, too straightforward. There might be some finishing moves that can cut someone’s head off, but there’s little weight to them.

The moments where fighting reach its full potential is during any boss fight with a troll or giant. Fights themselves are straightforward, chucking a spear when the time’s right then stabbing them when they fall, but Fimbul is great at the scope of these fights. The moments you feel so small against a troll are great, forcing you to always be on the move. There are only four of them in the game, but they’re always the highlight. 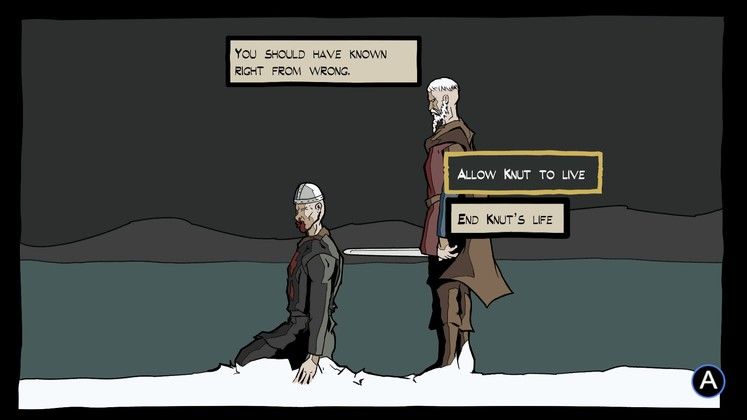 After such a boss fight, the game gives a binary choice to either spare or kill a boss. These choices in turn split the game, allowing you to go back to those moments with the game’s checkpoint (or story thread) system. This thread system, while interesting at first, fails to leave much of an impact. The only noticeable change is the help you’ll receive at the climactic fight. The narrative doesn’t change much besides that. A linear choice system isn’t itself a problem, it is when it makes replaying the game counterproductive. Playing a game where you kill every troll you come across and playing a game where you spare every troll aren’t very different. Going through the same fights you have before for some slightly different dialogue isn’t worth it.

The last bits of mechanical variety are a couple of flashbacks to Kveldulver’s childhood. These stealth sections have you hide from the sight of ice giants whilst using torches to push away monsters. Weaponless sections in a game are fine, but these flashbacks are too short to leave an impact. Especially since they happen only three times in the game. As a gameplay loop, all of this is fine. None of these will amaze you, but it does hold your attention enough to last the game. This is in part thanks to a single playthrough lasting around two hours. This length is both blessing and curse. While it means you can easily finish it on a lazy Sunday, it also means it doesn’t give itself enough time to explore its mechanics. It’s too short to show off what little novelties it has and too long to make replaying it worthwhile. 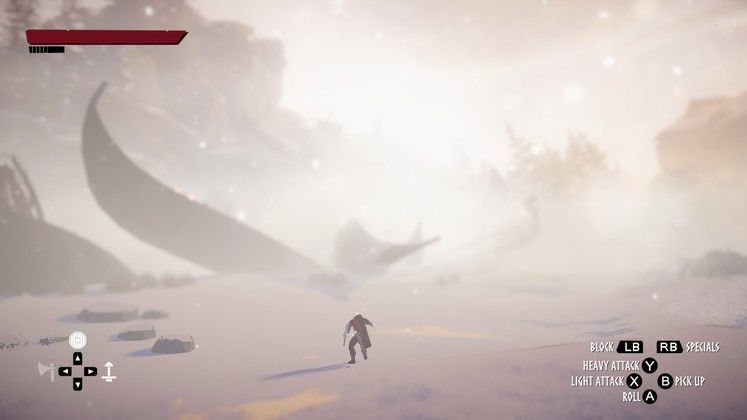 As GameWatcher’s heretic with a gaming laptop (specifically, the MSI GL63), Fimbul ran pretty well on my system. The options are what you’d expect, but it runs smoothly without noticeable bugs or glitches. You won’t need to worry about functionality when playing. However, there’s one place the game really shines in, and that’s the aesthetic. The care put into environments is terrific, showcasing both the beauty and cruelty of winter. It sets a tone that works wonders between fights. Traveling from point-to-point would be a lot duller if not for the game’s focus on its landscapes. Add that with some simple but atmospheric music, and you’ve got a carefully designed world.

The same can not be said about the character models, which makes the choice for comic panels over cutscenes all the more understandable. They’re plasticy and can distract from the parts of the aesthetic that shine. This is emphasized more by the use of ragdoll physics, which adds a level of unintentional hilarity that gets in the way of the story they’re trying to tell. Like the rest of the game, the look of the game is paradoxically beautiful and ugly.

Even though there’s heart and care put into the game’s style and use of myth, the same isn’t true for the rest of it. It runs fine and the combat is functional, but it won’t leave a huge impression. If you’re fond of Norse Mythology and don’t have much time to spare, Fimbul might be up your alley. A single playthrough is enjoyable enough, but filling up the story thread and replaying the same battles repeatedly isn’t worth the effort.

The first moment you fight a troll. 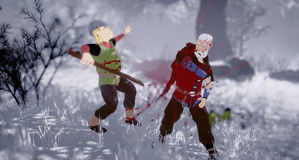