Winter for Hitler, Springtime for France 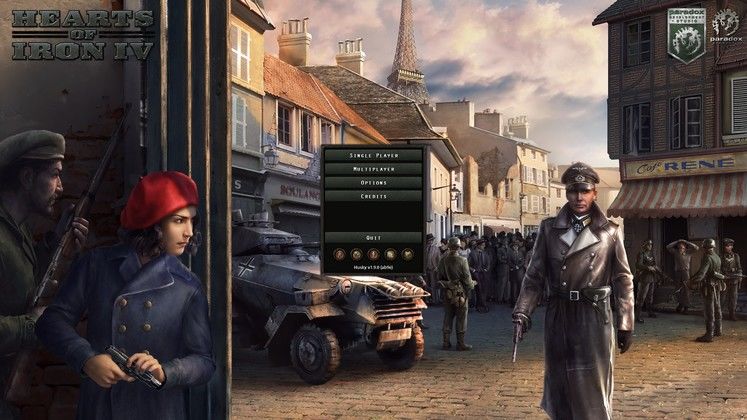 It’s hard to believe World War II is already over 80 years old, but here we are, still rehashing, reliving, and reshaping the conflict that marked the political geoscape and created ramifications that endure to this day. Out of all WWII games Hearts of Iron IV is certainly one of the most broad, and it now gets a tiny bit more detailed with the addition of La Résistance – a DLC which, among other things, finally fleshes out the much-needed espionage landscape.

Replacing the older mostly token system, the new espionage feature allows you to build your very own intelligence agencies to train and deploy spies around the world in a variety of roles, be they active like sabotage and the stealing of technologies or passive such as building intel and resistance networks – the later of which can be used to form coups or pacify a population following a pre-planned invasion. 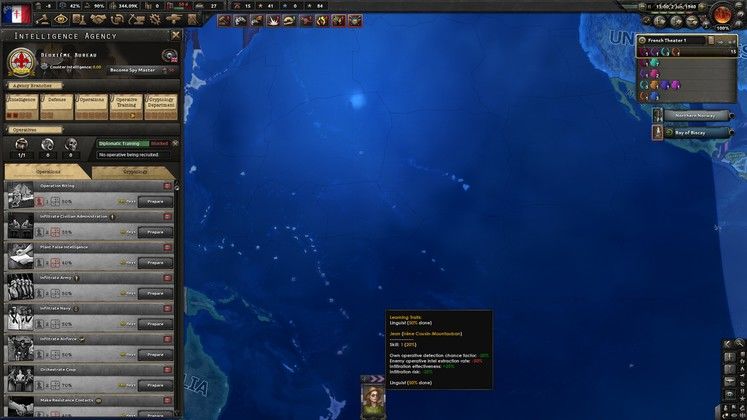 Due to the changes introduced in the La Résistance, intelligence on other countries is broken up into Army, Navy, and Air Force military branches and an Industry civilian one, each presenting different forms of gathering information – trade with a nation grants you Industry intel, for example, while flying over their dockyards with scout planes can grant you Naval intel. It’s a nice gradient of intel choices and results, which allows you to find information about the enemy’s composition by fighting them or even figure out what techs they have developed by having spies deeply embedded in their government.

But aside from deploying your spies abroad to spy (or at home to counterspy), La Résistance is a bit of a mixed bag both in execution and concept. Although it is named after the French underground movement that didn’t surrender to the Nazis once the Maginot Line was cracked open, it actually vastly expands the whole Iberic region, including whole new National Focuses for Portugal and Spain, and a complete rework of the Spanish Civil War. 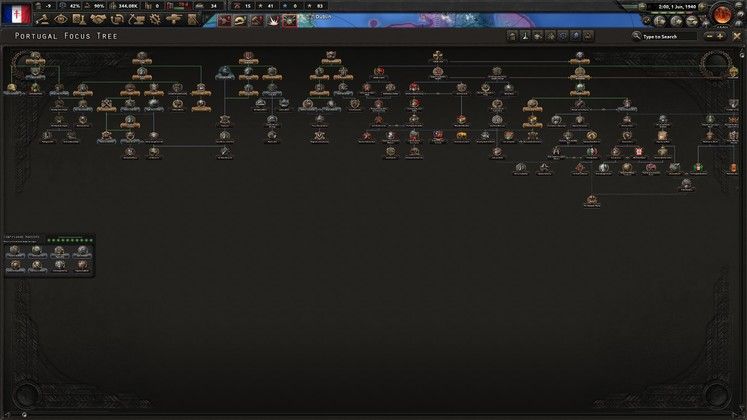 Portugal gets to have a whole unique focus tree that allows them to build up their naval forces and focus on overseas territories, or you can march over to Spain to help out your Iberian cousins. Spain gets a proper meatgrinder of a Civil War mechanic where the conflict tends to devolve into a four-way brawl between monarchists, fascists, communists, and the defenders of good ol’ democracy. Given the early onset of the war and the fact Spain’s terrain and mountains were specifically designed by mother nature to make warfare annoying, the Civil War can quickly degenerate into a sluggish and massacrating fight.

As for France, they do get new National Focuses, both for Free France and the Vichy France that capitulated. These include a number of options up to and including the restoration of the French Monarchy, continuing Hearts of Iron IV’s pledge to support both historical and anachronistic events. 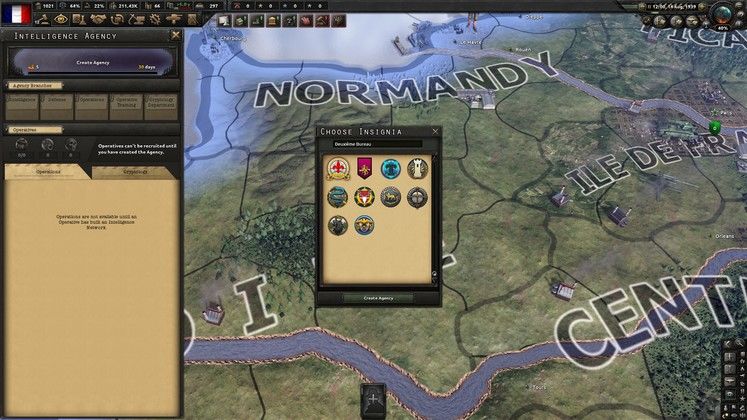 Aside from all the resistance building, helping allied resistances, organising coups and subduing populations post-invasion, when you are not spying on people with people, you will spy on people with planes (and cars). The game adds a whole new category of recon vehicles in the shape of scout planes and armoured cars, the latter of which neatly fits the gap between fast cavalry/unarmoured cars and the slowish (and expensive) light tanks. These new units play straight into the new intel and espionage mechanics added in La Résistance, and I quite like how they further deepen the whole “division building” aspect that HoIIV does so well.

Lastly, the DLC also adds new music tracks as usual – which to be honest, given how good the entire soundtrack is, is always good news. La Résistance is a bit of an odd beast and it isn’t as majorly influential as Waking the Tiger or the massive Man the Guns DLC, but it still fills the gap of a very important aspect of WWII that up to this point received very little love. If you are one of those people – like me – who can easily sink hundreds of hours into grand-strategy games in a couple of months, definitely take a look at La Résistance.

A bit of an odd beast that isn’t as major as previous DLC, but still fills an important gap in WWII history.

Building a spy network under the nose of Hitler and stopping the invasion of France before it happens.