Prepare to Die... IN SPAAAAAAAAAACE! 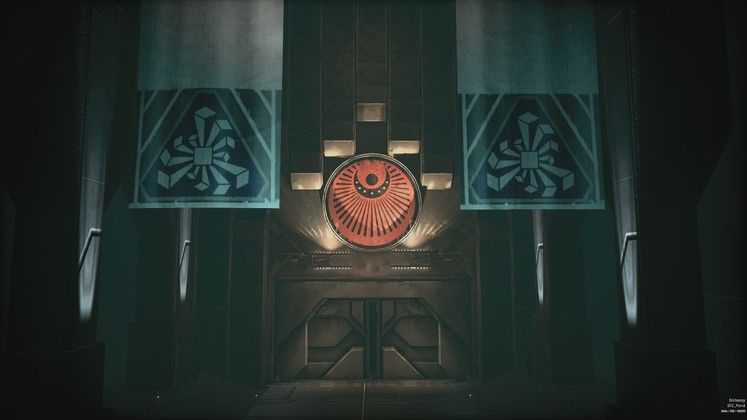 There are plenty of debates regarding difficulty. Whether you believe that every game should have an easy mode or that a bit of gatekeeping isn’t always bad, it’s always interesting to see how that challenge can go. Today’s game will probably bring those questions to the forefront. We’re looking at Hellpoint, a sci-fi action RPG that involves all the good things about the genre: abominations, decaying space stations, stabbing things, and a touch of the occult. What it brings to the table is interesting, but not in the way you expect.

You are a Spawn. Not the antihero Keith David plays, but an organically printed human that has been told by the mysterious Author to find out what the hell has happened on the space station Irid Novo. Thrown into shambles after “The Merge”, it is up to you to figure out what caused Irid Novo to be completely overrun by monsters both great and small, eldritch and humanoid. It might sound straightforward, but it’s very much in the background. It’s easy to forget what’s happening or your motivations, but it helps that Irid Novo is full of atmosphere. It’s an uncomfortable world, and it fits right alongside other games with that setting. However, the station itself can be a bit confusing to navigate and you will find yourself getting lost. 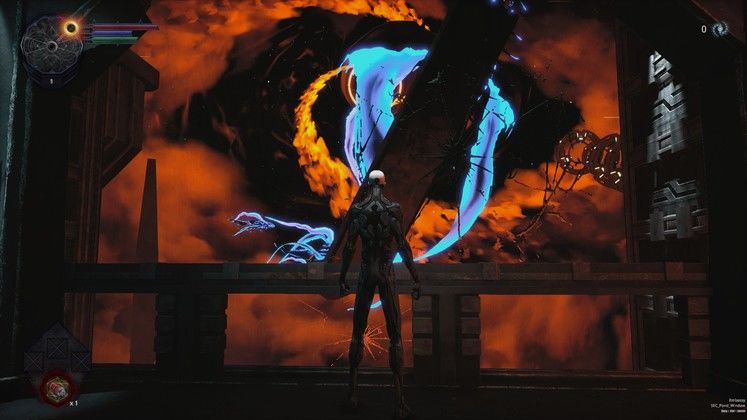 Of Infusions and Inflections

As a game, Hellpoint is an action RPG that has you exploring the Irid Novo. Most of the time in Hellpoint is spent fighting these monsters in a way that will seem familiar (more on that later). Combat is very focused on intent. Every action counts, and every button press has to be followed through. There also are options for firearms and magic that expend energy, but they can be hard to find. This doesn’t help that you start as a blank slate rather than a class, which nudges you to a melee build early on. I found my first gun three hours in, well after I leveled up to focus on melee. I could have just had bad luck, but you’ll need to prep if you want to build a gunslinger or mage. Hellpoint is bad at explaining itself, but you’ll be able to figure it out if you give it time.

It’s very easy to die and you probably will. In your corner is a healing method that can be upgraded later in the game that can only be used in-game, and that can be refilled by melee attacks. It gives a risk/reward to combat that makes it pretty engaging. You level up through axioms that enemies drop, but you lose them if you die. You get a second chance to pick them up if you can go where you died, but they’re gone if you die again. It becomes a balancing act, pushing ahead and leveling up versus your desire to play safe. If you aren’t a fan of challenge, Hellpoint will bug you to no end. But with that challenge comes great satisfaction. Defeating a boss or a difficult monster is pretty satisfying and makes the numerous deaths that came beforehand feel worth it. But some factors can ramp the difficulty a bit too high, namely in the case of hordes and ghosts.

The Big, Souls-Based Elephant in the Room 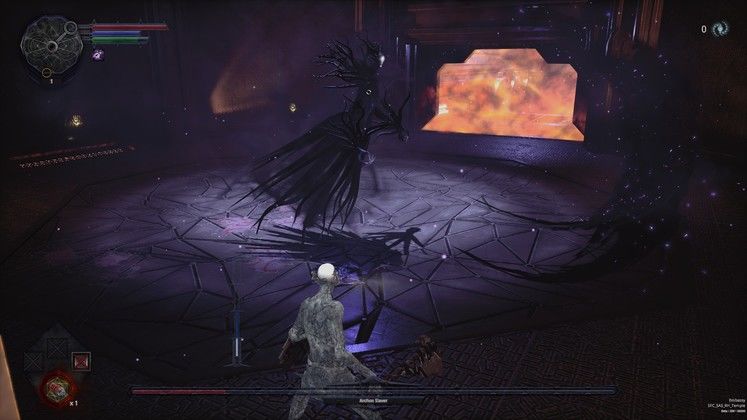 Ghosts sometimes appear where you die, adding an additional challenge to the stage. Since it’s based on you, they’re generally more difficult to kill and can overwhelm you if you’re not careful. Hordes, on the other hand, appear during certain times of the day and cause an influx of monsters to spawn at a certain spot of the map. Beating a horde can allow you to win some extra loot, but that challenge can lead to a standstill. I will take the onus that I will probably be unable to beat Hellpoint (tendinitis doesn’t allow for sweet kills without cramping). But that doesn’t mean it’s a bad game, and my own failure will probably be a crowning endorsement to those who love to prove their worth.

Dangerous combat with a focus on big, brutal boss fights might seem familiar to you, and we’ll need to talk about the elephant in the room. Plenty of critics have thrown around “Soulslike” as a term, but Hellpoint doesn’t feel like it deserves the term. It’s not like Dark Souls, it IS Dark Souls. The user interface, the same combat style, the messages you can leave in the world for other players online (albeit less legibly thanks to its focus on iconography instead of text), the whole “losing your currency when you die, but you get a second chance to pick it up”, it’s hard to discuss it without its most obvious homage. Even with its tone, one of despair and decrepit destinations, is very much in Dark Souls’s wheelhouse. Hell, even some animations (such as the online gestures) feel so similar to Dark Souls to the point where you can’t tell if it’s just a well done homage or if they literally ripped them off. This makes Hellpoint an unoriginal game, and probably its most noticeable feature. 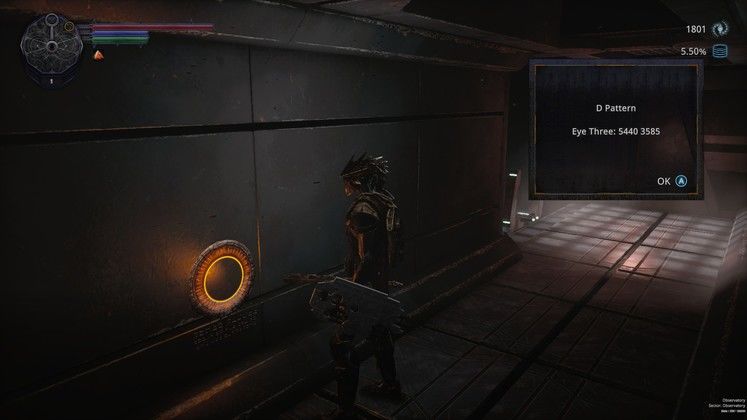 The one thing that makes Hellpoint stand out is something that you don’t often see in the Soulslike genre: split screen co-op. With another profile, your friend can have their character jump into your match to help with those more difficult fights. If they fall in combat, you can revive them. However, it will cost you half your health. It can even kill you if you don’t have enough health, so it comes with its own risks. It might be weird to imagine a Souls game you can play with your mate on a couch, but it makes for a good date night if you wanna crack skulls with a loved one.

Where to Buy Hellpoint

It’s obvious that it’s a Dark Souls rip-off, but it’s a good rip-off. It’s fun to beat things down, and that certain style of combat is rewarding when you get the hang of it. But its flaws can make or break the game depending on personal perseverance. It can be confusing and its messaging system is less legible than Dark Souls, but it’s got that combat loop that makes Dark Souls (and Hellpoint) work. If you can forgive some unoriginality, you’ll have fun with Hellpoint, especially with a mate. If you can’t, maybe you should finally give Bloodborne a try?

Defeating the Celestial Beast. Took me longer than I’d like to admit. 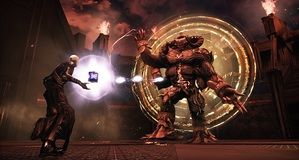 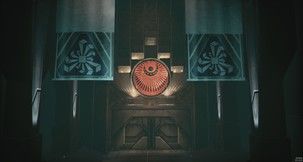