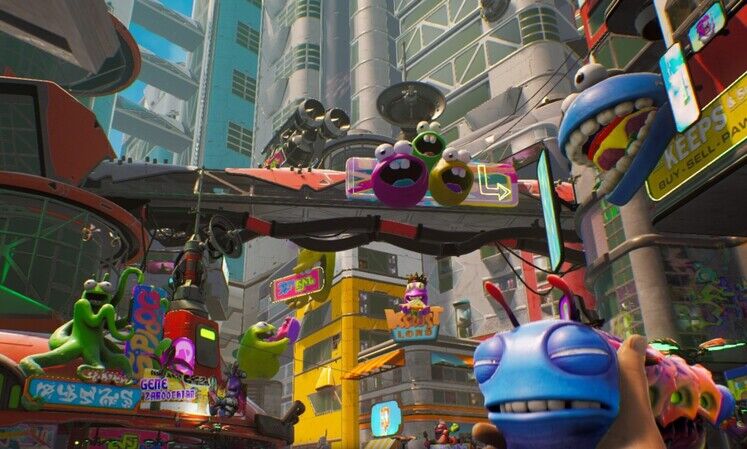 Justin Roiland brings his signature humor to the world of video games once more with an unconventional-looking shooter in High on Life. It’s a barbed dig at video game tropes and a weirdo shooter to boot, but is it a Saints Row IV or a Matt Hazard?

High on Life is almost a typical story for Roiland. A gamer and their overachieving druggie sister encounter the start of an alien invasion, and are only saved by a talking gun that takes them into space and sets the gamer off on a bounty-hunting adventure to defeat the evil alien cartel out to turn Earth’s population into drugs.

What follows is a functional first-person shooter that happens to double as a joke-telling machine. Borderlands is the obvious comparison point here, as High on Life’s desire to tickle a funny bone or two is as insatiable as Gearbox’s series has ever been. Whether or not it does the job better is up for debate.

The kind of humor found in Roiland’s work over the years is naturally a matter of taste, but when it’s the right amount of absurd and smart stupid, I quite like it. So I’m more interested in Solar Opposites than Rick and Morty. High on Life sits somewhere left of the middle of those two Roiland productions. So it’s unbearably chatty, but has an uncanny ability to catch you out with a delightfully odd/puerile gag. 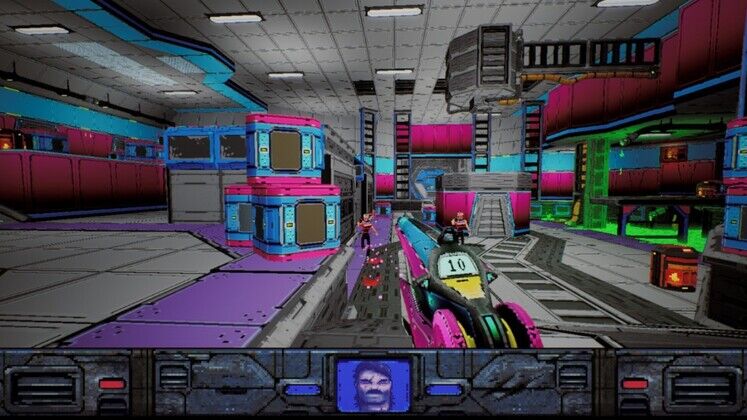 The game opens with a retro-style shooter parody

It’s the shotgun approach to jokes. Aiming at you with a spread of them in the hopes of catching you with a mirthful slug or two, and to that end, High on Life succeeds. It’s obsessed with making every line hold some kind of comedic value and in the same way a horror game can’t simply exist on a barrage of gore and scares, aiming for a laugh every few seconds just diminishes the impact of the gags that work.

It still doesn’t mean there isn’t stuff you can find amusing though. It’s easy to dismiss this kitchen sink assembly line style of comedy as being worthless and ‘bad’. The obnoxious, relentless nature of it certainly doesn’t do it any favours, but there are genuinely good jokes in here. Any one gag taken out of context has the potential to seem desperate or cringeworthy, but there’s no denying High on Life goes all-in on its meta parody gameplan right from the off and does its best work in the most throwaway lines. Basically, the kind of humour High on Life deploys isn’t so much the problem as the sheer mass of it.

The thing I enjoy the most about High on Life is how it looks. The off-kilter clash of grounded realism and a Play-Doh alien world is deliciously jarring, and does a great job of pushing the ‘fish out of water’ base of the storyline. In many ways, High on Life skirts the dangerous line between satire and hiding flaws with the illusion of it. There are some more obvious moments of the illusion being broken, but this is one of the clearer examples of Squanch Games reading the room correctly.

Within the wall-to-wall jokes is a surprisingly detailed universe, complete with its own absurdisms and cultures. They are very much in service of satire, parody, and general mickey-taking, but care has been taken to build it all the same. 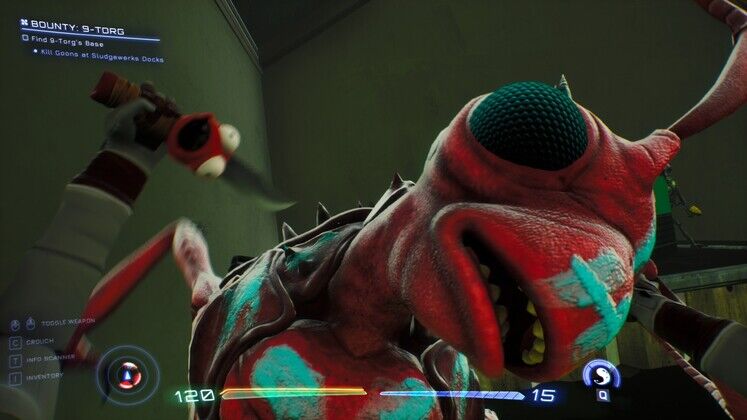 Your knife is rather fluent in sweary murder

To come back to the idea of High on Life hiding its flaws with humor, well that’s not far from the truth when it comes to how it actually plays. It’s no Duke Nukem Forever misfire, but it is rather ordinary as a shooter, and the pacing is often scuppered by the dialogue’s insistence to be heard. At the same time, one of the helpful things you find out early is the discovery you can limit dialogue from your talking weapons, which is good in theory, but the relative quiet isn’t as comforting as I’d hoped it would be. It might be a finicky gripe, but there’s no sweet spot between these options, and as it turns out, High on Life is a lot better for the cover of verbal diarrhea.

Anyway, the combat. Each weapon comes with a particular flavour of personality and set of abilities. From your initial Roiland-voiced alien pistol to the delightfully offbeat little lethal alien launcher voiced by Tim Robinson, the weapons are most memorable for what they are instead of what they do. I suppose there are worse ways to cover for shortcomings than by throwing in a fat stack of Tim Robinson weirdness into your game.

As abrasive as High on Life can be, it’s nice to play a big shooter with a joyful desire to be strange and chatty. It certainly has peaks and troughs thanks to uneven pacing, but it’s a fairly fun time overall.

A pretty funny romp that never quite finds its speed both as a shooter and as a comedic story. It’s unlikely you’ll be bored with High on Life.

Tim Robinson’s alien gun that sends it children out as ammo to die is probably the funniest thing in the game. 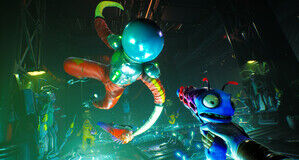