The Mothership has exited hyperspace after a long decade of silence

Strip out the word’s ‘Remastered Collection’ and you’d get away with duping many on PC that this is an entirely new game, or even IP. There are so many now playing PC games that simply won’t know much about Homeworld because it didn’t come at the right time for them. However, for those who do remember, this is a lifeline to a series otherwise made victim to modern technology. Until now there hasn’t been any digital offering of the iconic real-time space strategy. 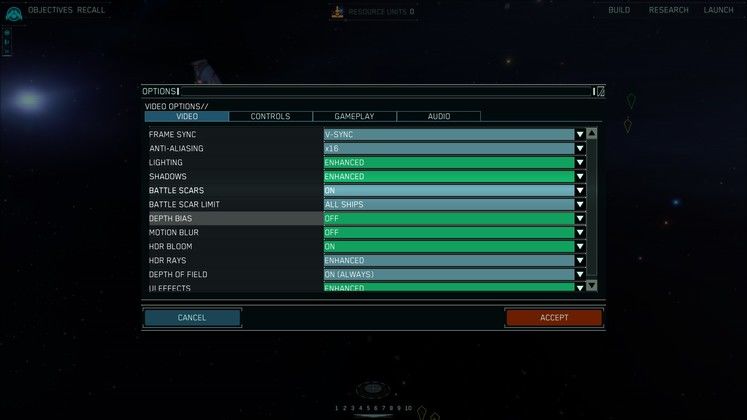 The 1990s couldn’t even dream of these fancy worded settings

Exactly what is being held to account here? Is it the essence of the two original games, or the leap to the Remastered versions? In truth it’s both, and something you can actually see for yourself as not only have Gearbox reworked the original two Homeworlds, but they’ve included them as well.

Full mod support is available right from the start with a button right on the game launcher, so there’s no excuse for the passionate community out there not to bring their talent to these remastered games. It’s also here you can select to play the RTS duo as original developer Relic intended – warts and all. The real draw is going to be Gearbox’s contribution.

Make no bones about it: this Remastered Collection has set a new bar and brings justice to the term ‘remastered’, which often gets abused or misaligned with ‘HD Edition’.

This isn’t a quick reskin of textures and a tweak of a menu item or two but a full overhaul, particularly for the original Homeworld. Gearbox has injected much of today’s advancements in visual fidelity into both games, and it’s only when you actively see the original next to its remaster can you truly appreciate just how far the studio has gone. Even the original Homeworld 1 & 2 UIs have been stripped out in favour of the direction the sequel was going in with better management for building and research, alleviating a frustration of being taken away from the action.

The audio in the game is another leap as they’ve gone over all of the sounds to clean them up, to the point where you could almost swear they weren’t the original audio files, but they are. Audio has come a long way from the crackling and popping late 90s, to fancy digital optical surround sound set ups. Homeworld’s strength was the story it was telling as we went about commanding our fleet and so to have the narrative that Relic weaved over 15 years ago brought back with such clarity is a beautiful thing. The music has been enhanced as well and reminds us how well suited it was to space battles and the deadly cosmic dance of starships. 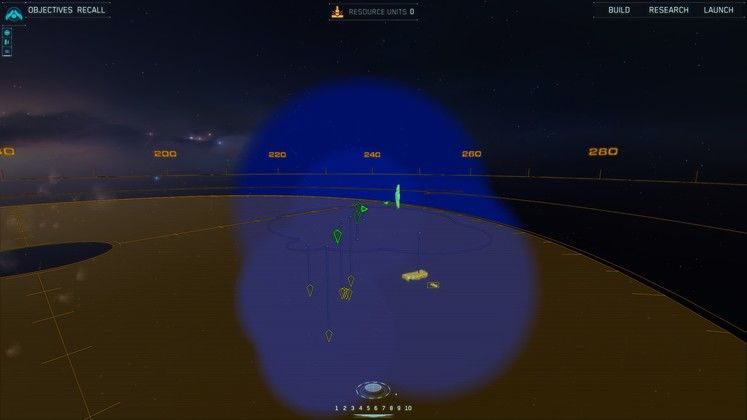 Battles in all 4 dimensions can be intimidating, but rewarding

The gameplay itself hasn’t changed much, and nor should it. It remains the unapologetic space RTS that opens up the ‘battlefield’ in all four dimensions. I say unapologetic because you either get into the groove of things and fight another day, or you won’t be making it to the home world after all. It’s the reason the series remains such a landmark as so few strategy titles bother to recognise the X, Y and Z axis all at the same time when it comes to combat.

Homeworld 1 mostly now resides in Homeworld 2’s domain of mechanics, although some of its own rules remain law. Fuel is ditched for one thing, but you’ll still be individually producing your fighters unlike the sequel which favoured wings instead. As I mentioned the UI was switched too, meaning everything is more minimalist, instead of screens occupying your main space. The passage of time has most likely dulled the memory of every mechanical difference between the two, but thankfully Gearbox made the brave decision to cut some of the original Homeworld’s fat. If you can’t agree with the changes, then you’ll just have to sacrifice all those upgrades and play the original.

Again, if it was being released today as a new game this would undoubtedly be on the lips of every PC strategy gamer with a love affair for space and science fiction. It is virtually indistinguishable from today’s demanding titles, and given how large Homeworld’s battles between fleets can be, it makes for perfect cinematic-style skirmishes probably of any space RTS in existence.

Details on the ships, from fighters all the way up to capitals, or the Mothership itself, are breath-taking to see particularly if you’re a fan of the originals. This truly qualifies as a remastered version, and with the new beefier graphical options you can produce eye-candy worthy of any desktop wallpaper, especially if you’ve got the much wider aspect ratio monitors. There’s also the 4K resolution options, and that’s joined by adjustable sizes for the user interface.

As for gameplay, Homeworld is a ceaseless war of rock-paper-scissors style combat; everything is best against something, and worse against something else. That hasn’t changed and it’s still a rush to get those resource collectors out there to bring back enough material to churn out wave upon wave of various configurations. Homeworld is also King of the hot keys, and without grouping units you’re in for one short journey across the stars. Gearbox has made sure that all their changes to hot keys are rebindable, so veterans needn’t cry heresy at their choices. 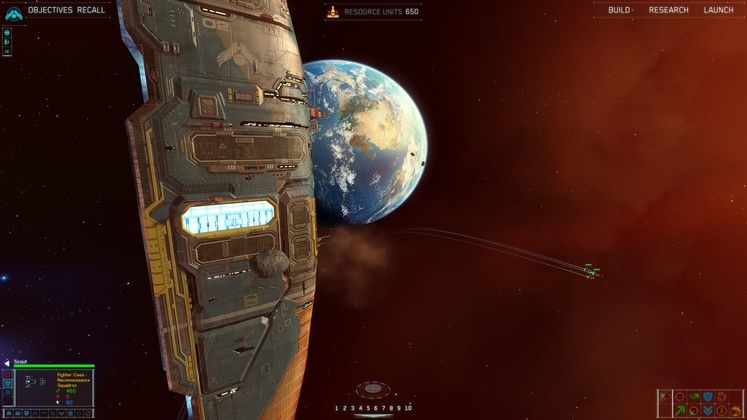 Homeworld is also a game heavy on the research, but not because you’re bogged down in a crazy tech tree, but just because you always need to be advancing and unlocking new units. You need to make sure you can produce the counter-unit to whatever the enemy is throwing at you, and in vast quantities. The Mothership is joined by the Carrier for unit production, which is significantly more nimble and can serve as a very strategic forward position when protected well.

Currently multiplayer is in beta for the Remastered Collection, and Gearbox has combined both the online and skirmish battles into one giant melting pot with all four races of the series able to battle one another. It wouldn’t make sense to keep them apart if you’re trying to build a fresh community with Homeworld so they smartly stuck everyone together.

Gearbox Software today owns the Homeworld IP and remastering the originals might seem a ‘cash grab’ at first glance, but considering the enormity of their effort to bring Relic’s space RTS masterpiece of the late 90s and early 2000s into today’s gaming arena, they more than prove their commitment. From the huge graphical and sound overhaul, to tweaking the game interfaces and implementing a hopefully robust multiplayer supporting mods, Homeworld really might just make it home after all. It should also be noted that helping to dust off the classics that founded the series should help make them feel more confident stepping forward with their own ideas, whilst remaining respectful of what Relic created over 15 years ago, and what PC gamers fell in love with.

Few games can pull off an iconic moment or signature, but Homeworld’s is and always will be its warp animation – as that little box grows and sweeps across your Mothership and its fleet as you move onto your next destination. Who needs wormholes? Rectangles! 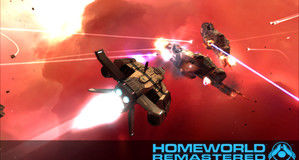