Science has gone wrong! An experiment has destabilised space and time causing 111 of your colleagues to be scattered across realities. It’s up to you and the awesomely named Dr. Science to rescue your boffin chums and repair the Universe. How are you going to do that? Well just like in real-life, you repair time rifts by solving puzzles, collecting scientists and headbutting aliens in the face.

Nova-111 is a turn-based puzzle adventure game with the twist of some enemies and hazards operating in real time. Early combat works in a similar manner to roguelikes, every time you move a space, enemies also move, but this gets mixed up as you progress further with the addition of projectiles that move in real time, fire that burns out and spreads in real time and ultimately enemies that move and attack in real time as well. It’s exceedingly clever and keeps you thinking. Every encounter in Nova-111 is a puzzle that requires you to use your noggin to progress. Not to mention the intelligent use of turn-based and real time in a game all about the disruption of time itself. The mechanics fit the theme perfectly and Funktronic Labs should be commended for that.

Not all puzzles involve direct conflct, however there is everything here you would expect - sliding block puzzles, switch puzzles, fannying about with teleporters. Most of the puzzle on offer have been seen before but it is very well executed. You are often given the opportunity to manipulate enemies to assist in solving puzzles and creative use of the upgrade modules for your ship will see you uncover the many secrets that are scattered throughout the levels. 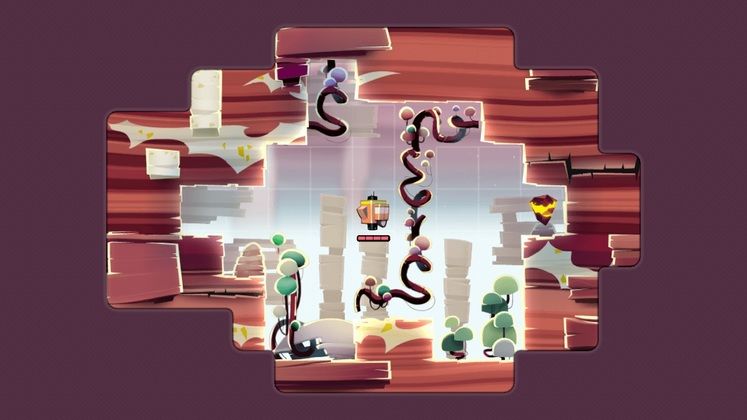 Things start of quite simple, but gradually get more chaotic

Your ship can be upgraded with a ranged laser attack, a phase-shift to pass through objects and the ability to stop time. The laser attack is useful when outnumbered and can also be used to trigger switches from a distance, phase-shift has great defensive uses as well as being used to progress and stopping time can allow you to get out of may sticky situations as well as through seemingly impossible gauntlets of hazards. Towards the end game, the rime control also swithches between realites, making some objects and enemies active or inactive. It is a very impressive system that leads to several borderline ridiculous sections where reflxes and skill are just as important as grey matter.

These upgrade modules are complimented by the collectibles you find scattered around the levels, health shards permanently bolster the amount of damage you can take and you can find charges for an AOE attack that damages and stuns all neraby enemies. This encourages you to search every nook and cranny and even encourages you to replay older levels with your new toys to make sure you haven’t missed anything.

All of the module special abilities are powered by SCIENCE, a general purpose regenerating resource that takes 12 turns to fully recharge, meaning that you have to be very carfeul what you use and when you use it so you don’t end up shafting yourself. In the late game you can earn additional charges of SCIENCE allowing you to effictively combo your modules in satisfying ways such as phase shifting out of enemy range before using your laser to trigger a switch that traps the bastard in behind a security door. 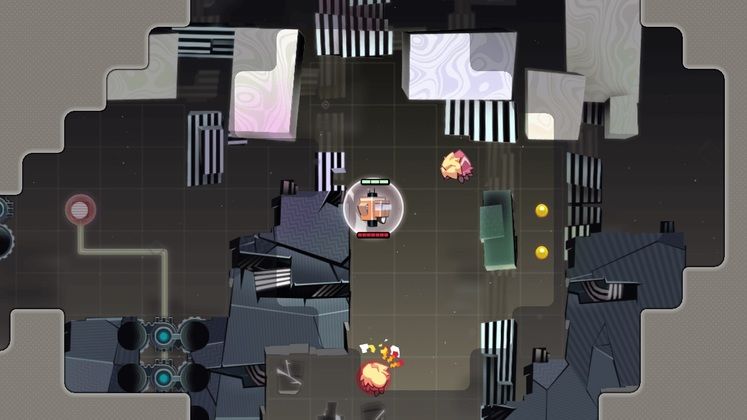 Nova-111 is not without its charm

Nova-111 is also very beautifully presented, has a charming hand-drawn aesthetic and plenty of humour, most of which derives from the endearing, gherkin-loving Dr. Science who is never shy of giving you advice or gallows humour-laden encouragement.

Funktronic Labs don’t come out of this entirely smelling of time-bending roses however, the boss battles in particular are quite disappointing. While they do challenge you to put in to practice what you have learned in each section, I personally found some of the environmental hazards and puzzles to be more diffiicult to overcome than the three boss battles on offer.

And that ties in nicely to another bad point; there are only three environments and you could easily complete Nova-111 in 4 hours. You could get more entertainment out of it by trying to 100% every level or by assaulting the leaderboards, but you could easily finish the game in a single sitting. The lack of Steam Workshop support is a big misstep here as giving the community the tools to create their own levels and challenges combined with the leaderboards would significantly increase Nova-111’s longevity. 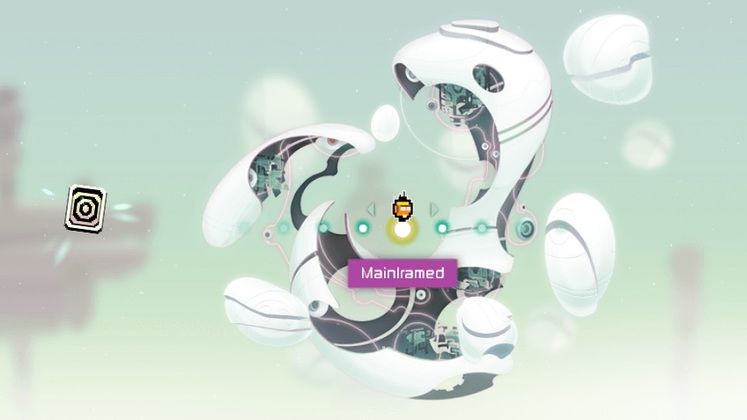 This beasty belches on you to attack. No, I'm not making this up

Another gripe is the poor options menu (for which their is no mouse support) and the resolution being bound to the monitor’s native setting. Hopefully this will be fixed on launch, but none of this detracts too much from a delightul puzzle game.

Nova-111 is a clever, albeit brief puzzle adventure romp, featuring an intelligent fusion of setting and gameplay elements. The phase-shift and time manipulation have been done before, but Nova-111 wraps it all together in a charming and humorous package that should provide you with an evening or two of decent entertainment.

Grabbing those upgrade modules that really change the way you think about the obstacles in front of you. 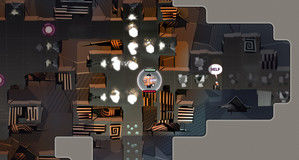