Painkiller is a throwback to the days of twitch gaming, namely Quake. How does it stack up against modern shooters? 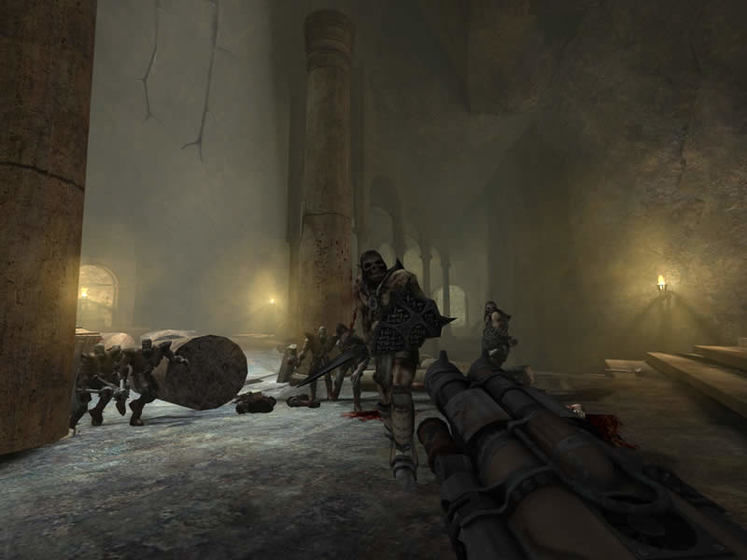 Painkiller is a very odd game, especially released in a time of first person shooters with increasing complexity. However, Painkiller is a throwback to the days when fragging alien butt was more important than an in-depth story. It accomplishes what it sets out to do beautifully; the action is intense and satisfying, the graphics are smooth and the audio kicks as much ass as the main character.

The story of the game is simple, and is conveyed through pre-rendered cutscenes. What happens is that the main character, Daniel Garner, dies in a car accident. He lands up in purgatory, while his beautiful wife is in heaven. He’s told that if he fights against the forces of hell, namely Lucifer’s army, he will be allowed into heaven. Although simplistic, it does set a reasonable stage for the insane amount of killing you’ll be doing. 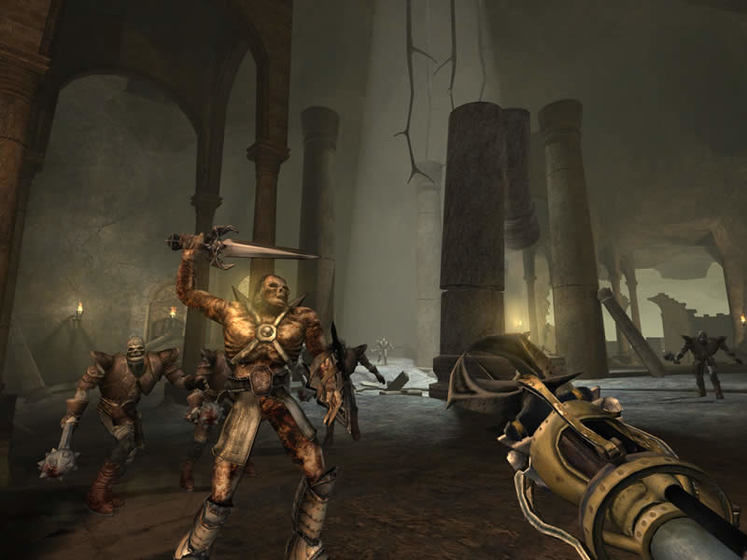 The graphics in the game are very impressive. The 24 levels that make up the singleplayer campaign are all very different in terms of location and atmosphere. Your journey will take you to such places as an asylum, a snowy bridge, and later even hell itself. The aforementioned hell is the most impressively designed level in recent video game history. When you get there, and you experience it, it is very unlikely that you’ll ever forget it.

One of the standout features of the game is its physics system. All the enemies and even some objects are governed by real-world physics. It’s very satisfying to shoot a rocket into a crowd of enemies, and see them flying in every direction as they react to the radius of the blast. Also, there is a stakegun in the game that will allow you to pin enemies to walls. They react to the stake very realistically as they flail backwards and their limbs shake from the impact of the wall. If you shoot an enemy up close with a shotgun, they will explode into a million blood drenched pieces. Little touches like this truly show the marvel of the graphics engine which runs smooth and looks great, especially at higher resolutions. 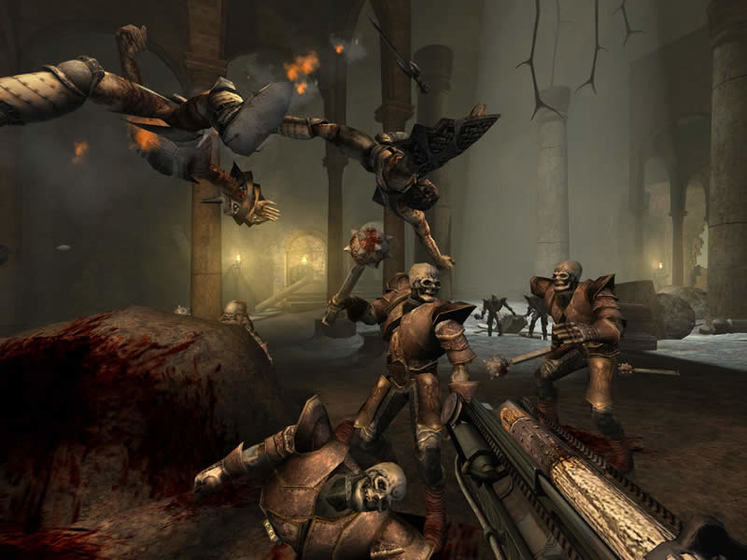 The audio in the game is pretty good. The weapon sounds and enemy sounds all sound good and appropriate. The music in the game that blasts in as you’re blasting monsters is good too, if not a little generic. The music is hard rock, and it does somewhat raise the intensity of the battle, but it’s not something you’ll remember after you turn off the game.

The gameplay is where the game really shines. Although the run-and-gun action in the game is simplistic, it’s done better than ever before. The action just feels so satisfying, such as when you first use the stake gun and pin some poor sucker to a wall. There is only 5 weapons, but every one has an alternate fire mode. The most impressive of which is the rocket launcher/ chaingun combo; quite possibly the greatest gun, ever. Also, throughout the 24 levels that are in the campaign, you’ll literally face a new enemy every level. The enemies aren’t too bright, but else would you expect from all kinds of zombies and whatnot?

After each of the 5 chapters that break up the two dozen levels, you’ll face a huge boss that’ll often require some thinking to defeat, because each boss has a weak point that you must exploit. For example, one “swamp monster” that you will face will be seemingly invulnerable to your weapons. However, you will notice that once in a while, bubbles will appear next to him as he attacks you. If you shoot the bubbles, they explode and make him vulnerable to your attacks. It is little touches like this that make the boss battles seem like mini-puzzles. 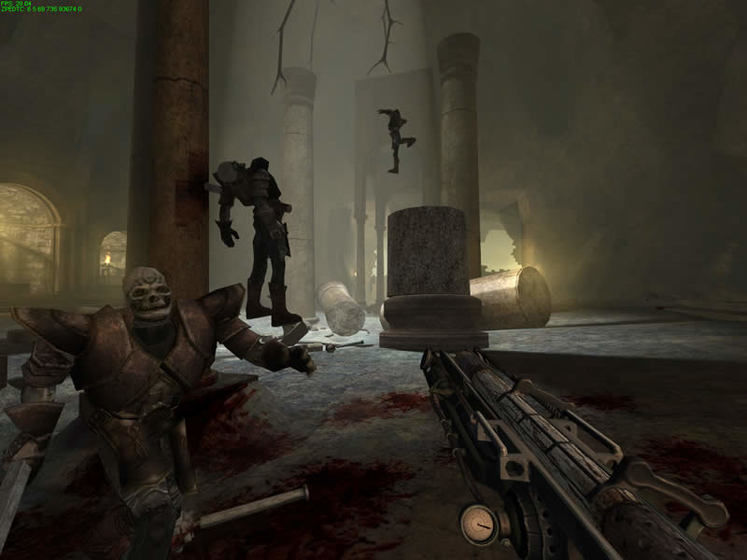 There are two more elements to the gameplay that spice it up a little. If you accomplish certain goals in the levels, such as collecting a certain amount of gold, you will get tarot cards. These tarot cards are either powerups or powers. They might increase your starting health, or they might give you the power to slow down time. Also, every time you kill an enemy, it leaves behind a soul. If you collect enough souls, you will transform into a demon and your whole screen will go white, with enemies glowing red. In this demon form, you’re extremely powerful and invincible, but it only lasts a few seconds, although that can be extended through tarot cards.

The multiplayer is, although simplistic, is fast-paced and exciting. Stake-gun shootouts are extremely fun, as now you’re pinning real people, not just monsters to walls. It’s most reminiscent of the Quake twitch-reliant matches, and that’s not a bad thing at all. There’s a few spins on the deathmatch formula, such as the people can fly mode. This is the most intense shootout you’ll been in, ever. You’re in a small place with unlimited rocket launcher ammo; with up to 15 other players. Need I say more? Oh yes, you can only damage people that are in the air, so you’ll be shooting at people’s feet, in an attempt to get them in the air, and then finally shoot them in the air, while others are trying to do the same to you. Intense.

Overall, Painkiller is a high-paced game with great production values. However, the lack of complexity may turn off some people. The game itself is of decent length, and should take almost nine hours to finish, but all of it is run and gun action. If you don’t like running around mindlessly blasting thousands of monsters, you won’t like this game. If you enjoy games like Doom and Quake, you’ll absolutely love Painkiller. 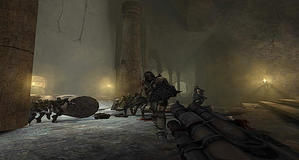