If only marching through the snow was always this much fun

When you think about RPGs, names like World of Warcraft, Elder Scrolls, or The Witcher come to mind. These all have elements that have become standard for role playing games lately: a huge world to explore, quests to conquer, and single player combat. It seems rare today to find a game that harkens back to the roots of fantasy RPGs, where you controlled an entire cadre of characters and battles were determined by tactics rather than how fast you could swing your sword. Pillars of Eternity: The White March – Part II continues the story of a game that takes these classic elements and breathes new life into them.

The White March – Part II picks up where the first expansion to Pillars of Eternity left off. You play as an adventurer who starts out simply trying to build a new life in a new town. While traveling towards your future home, you stumble upon a ritual being performed by a cult called the Leaden Key. The ritual awakens a mysterious power inside you, turning you into a Watcher, someone who can peer into the spirits of past lives revealing untold secrets, but at great cost. Eventually, your quest to understand this power and stop the Leaden Key leads you to a mountainous region called the White March. Here you storm the ruined keep of Durgan’s Battery and reignite the White Forge, bringing new hope to the land. Part II begins with a vision of an army of ‘Eyeless,’ the creatures that destroyed Durgan’s Battery, charging forth again, this time laying waste to the entire kingdom of Dyrwood. It’s now your duty to find some way of stopping this army before your vision of destruction comes to pass. 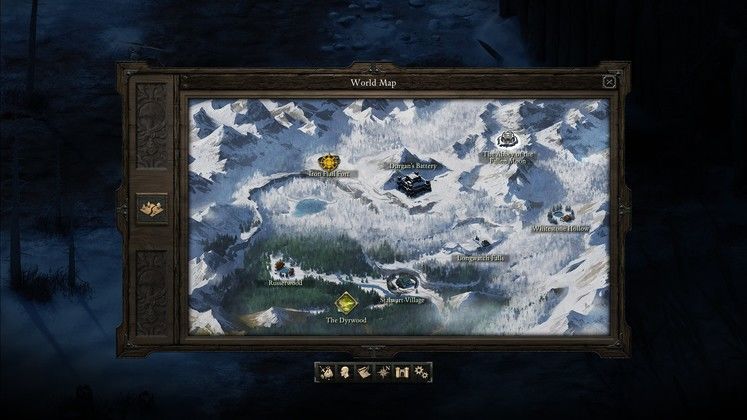 The White March region has been expanded to include new maps and updates of existing ones.

As the second expansion to Pillars of Eternity, The White March – Part II uses the same familiar mechanics that made the original and first expansion so successful. You lead a team of up to six adventurers, each with their own reasons for fighting and their own special skills. Along the way, you have to brave dungeons, solve puzzles, and help (or harm) a slew of NPCs. One of the best features of the Pillars of Eternity series is the variety of options that are available, allowing you to forge your own destiny in the world, which The White March – Part II continues offering with great success. One of the first quests you must tackle involves disarming a small army that is threatening the local town of Stalwart. When you arrive at their camp, the guards refuse you access to their leader. Now, you have to chose between forcing your way through the camp, or sneaking around the outside trying to find another way in. Violence is naturally effective at dealing with the army, but if you’re clever and sneaky enough, you can persuade the army’s leader to join forces with you, possibly giving you a powerful ally in the fights to come. Both options ultimately allow you to progress the story, but having meaningful choices like this makes the game more immersive and gives multiple playthroughs more value.

In addition to a new story, there are also several new maps and dungeons to explore. Some of the old maps have even been updated to reflect the changes that have come about through your hard work reigniting the White Forge. The region’s main city, Stalwart, is little more than a village when you first arrive to the White March. In this second expansion, it has grown considerably, adding a brand new shop which offers shiny upgrades, a mine with a murder mystery to solve, and a new mayor who needs your help negotiating with traders from the big city looking to invest in the burgeoning town. 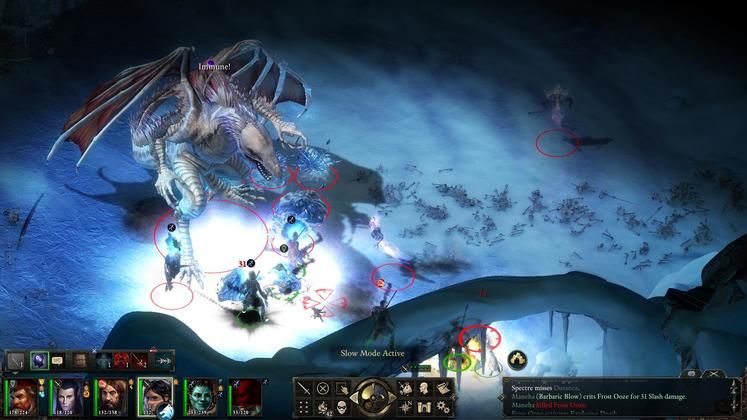 Even with new characters and higher levels, this dragon is still a challenge

There is also a new party member who’s been drawn to the area, Maneha, a barbarian looking for the Abbey of the Fallen Moon. While Maneha is a strong melee warrior and an excellent addition to your party, her story is not quite as interesting as those of the characters introduced in Part I. When compared to the mass murderer known as the Devil of Caroc, whose soul is trapped inside of a mechanical body, a barbarian trying to rid herself of a memory from a past life seems a little tame.

The game’s graphics and music are just as beautiful in this expansion as they are in the previous ones. The music is orchestral, but subdued a bit, usually acting as more of a background ambience than anything to get your blood pumping. The sound effects are well done, with bestial growls, grunts, and even the satisfying squish of hitting an enemy so hard they explode. There is also a significant amount of voice work in the game with major plot characters all speaking their lines and each party member having their own voice. Even the newest character, Maneha, has some spoken interactions with other members that joined up previously, which is a nice touch. 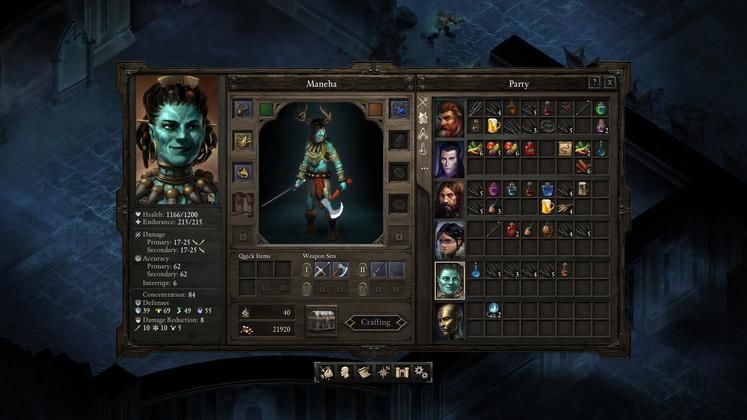 The maps are beautifully drawn and have lots of nooks which hide treasure, but they are mostly static. Aside from traps being triggered and doors opening, there is little evidence of your characters’ passing. The upgraded maps of older areas are a wonderful detail though and leave you feeling like you’ve accomplished something with your efforts. The character models also look nice and are fully animated, however there are some armor pieces, particularly helmets, that don’t always seem to fit right, and some clipping when characters are wearing capes.

The original Pillars of Eternity earned much deserved high praise when it was released. The White March – Part II keeps those elements that made the game such a success, but also tweaks some of the areas needing improvement. Seeing the results of your questing updated into the game makes you feel personally involved in protecting what you fought to achieve. While Maneha’s story is not as racy as others, she is still a well developed character and worth keeping on your team. Finally, all of the choices available allow you to truly get into character, and NPCs will even make specific comments about how you develop your in-game personality. Pillars of Eternity: The White March – Part II is a strong expansion that will satisfy even the most die hard RPG fans.

Sneaking into an enemy army camp at night made me feel very clever, even if I did forget to stealth my characters afterward and ended up fighting most of the guards anyway. 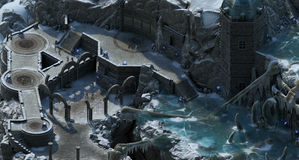