Given the rocky reception of the more recent games in the series and the ubiquity of HD remasters and re-releases, it’s no surprise that Capcom is dipping into the well of nostalgia to keep Resident Evil alive - albeit perhaps in a shuffling, brain-hungry kind of way. The 2002 remake was a terrific reimagining of the original game, and last year’s HD remaster of said remake proved to be a welcome way to return to the mansion that started it all. Given the success of that release and the two games’ close relation, it was never really in doubt that Resident Evil Zero would be next in line for an HD makeover. But while the remake is a bonafide classic - often regarded as the best game in the series’ classic survival horror style - Zero is more of a footnote in the franchise’s history. The prequel doesn’t add a whole lot to the convoluted canon of the series, but it does offer cool, unique sequences and monsters, and the same resource-managing tension that defined the early games. Unfortunately, a few mechanical issues tear down the game’s pacing and keep it from standing the test of time.

A great way to play one of the weakest entries in the classic Resident Evil canon.

Zero puts you in control of two heroes: rookie S.T.A.R.S. medic Rebecca Chambers and escaped convict Billy Coen. While multiple playable protagonists are a hallmark of the series, Zero is unique in that it lets you switch between the two at the press of a button. Billy’s a tough guy who can soak up damage and lift heavy objects while Rebecca is able to mix herbal healing items and squeeze through tight spaces, but otherwise the two play identically. You can have the character you’re not currently controlling either stand in a specific location or tag along behind you, and the AI will do its best to help you take down enemies using the currently-equipped weapon. This is often useful during boss fights, but given the scarcity of ammo and subsequent need to be careful with your shots - this is classic RE, after all - I found myself more often than not stowing away the character I didn’t need in a safe room. 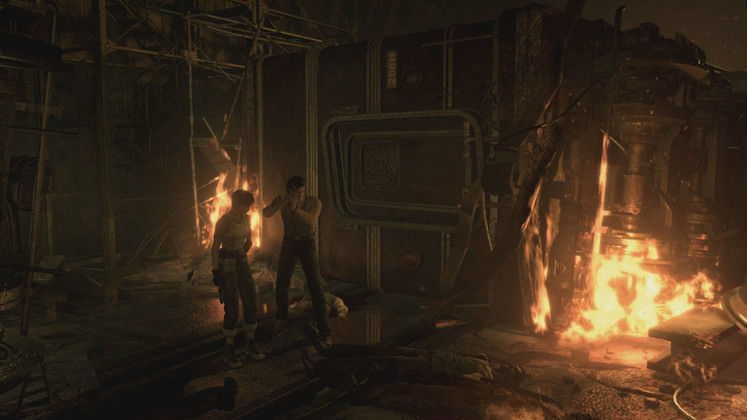 There are certain puzzles that require you to use Rebecca and Billy in tandem, but they’re few and far between, and lack any real depth or challenge. The value of these sequences is mostly in showing Billy and Rebecca working as a team, which is surprisingly effective. When the two get separated, you feel it, and the isolation during these sections makes every encounter feel more dangerous. The character swap doesn’t add much from a gameplay perspective, but it does create a strong feeling of camaraderie between the protagonists.

The game does away with item boxes, those seemingly magic trunks where you can deposit something and access it from any safe room. Instead, you can just drop items on the ground and pick them up later. This isn’t a big consideration in the early parts of the game, which gives you a central location to return to over and over. But the latter half of the game takes place in increasingly linear areas that require you to take increasingly-irritating pilgrimages to carry your gear from one safe room to the next. This should be a minor complaint, but I spent roughly a quarter of the game’s twelve-hour runtime simply carrying items back and forth between areas. This absolutely ruins the pacing in the game’s latter half, where moments of excitement are mired in hours of tedium. 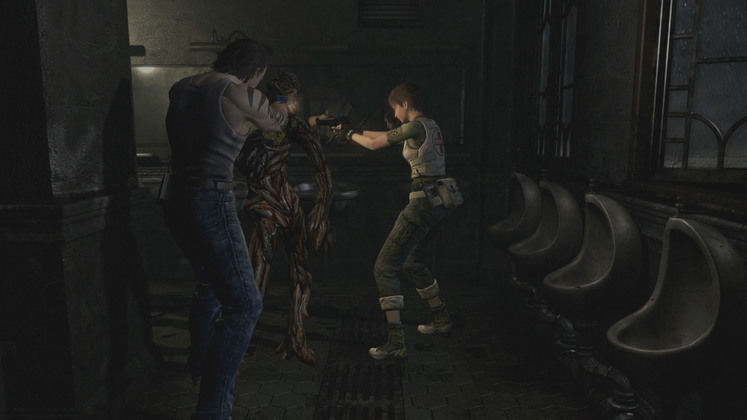 These guys are bad news

That’s a shame because some of those moments are among the best in the series. The train sequence which opens the game is a wonderful setpiece that stands apart from anything in the franchise. The leech zombies are a great enemy type that require unique tactics to deal with, and every encounter with one is stressful. The plot suffers from the problem that plagues just about any prequel - nothing of consequence can happen because we already know where the characters end up - but the unique locations and weird, wild monster designs keep the sense of atmosphere strong and pull you forward throughout the game.

That sense of atmosphere is also helped by this edition’s visual upgrades. Like every “survival horror” branded RE, Zero was built on pre-rendered backgrounds, and it’s impressive to see those relics of older technology made visually impressive once again, enhanced with new lighting and shadow effects. Unfortunately, those backgrounds were built for 4:3 displays, and this version’s widescreen mode simply crops the image horizontally to fit into 16:9. It’s an unfortunate problem, but a seemingly inescapable limitation of the original game’s production. Thankfully, you can switch between the display options at any time. 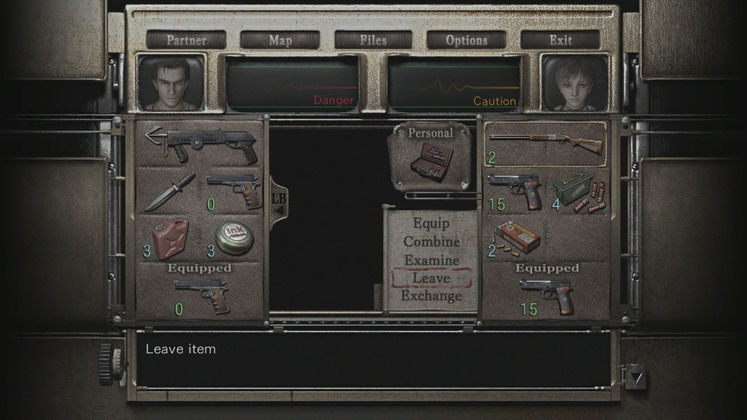 Like the remastered REmake, the game defaults to directional input, as opposed the the series’ traditional tank controls. It speaks to the strength of the original game’s environmental designs that this doesn’t break anything, either by making things too easy or too difficult. It can be more difficult that it should to avoid enemies while maintaining your forward momentum through narrow halls, but that’s the only issue the more natural movement scheme introduces. It’s tough to even imagine returning to classic controls for some of the larger, open-area boss fights.

Zero’s not a bad game. The opening train sequence is one of the coolest parts of the entire series, and while the character swapping mechanic isn’t the deepest gameplay addition, it adds a sense of cooperation missing from the other games. But its poor pacing and excruciating inventory management problems keep its unique additions from having the impact they should. The visual upgrades and improved control options help to make revisiting it a bit easier, but its flaws stand out all the more now, a decade-and-a-half later.

The entire train sequence. It’s such a unique setting for Resident Evil, as it normally is inside evil mansions and even eviler laboratories. It’s a shame that the game’s highlight is over within the first two hours. 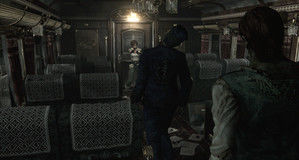