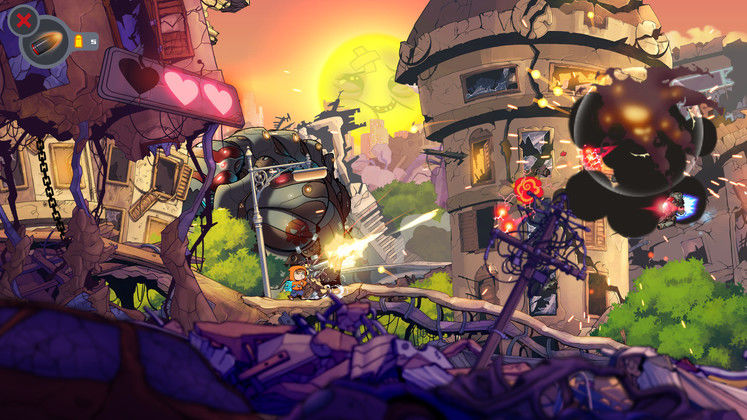 Welcome to Gameearth, a world in which video game references are around ever corner and evil space grunts are trying to crush the life of a small child with a giant living gun. Indeed, this is the new arcade shooter/bullet hell game from Super Mega Team and Adult Swim Games.

The game places you in the role of Rise, a young boy stuck on a world being invaded and in the midst of chaos is granted Shine, a sentient gun with sharp wit. Rise reluctantly sets off on a quest to save Gameearth from the onslaught of space grunts.

Rise & Shine blends a traditional arcade shooter with puzzle platform elements which creates levels packed full of glorious shooting and puzzles to progress. Being an Adult Swim game, one would expect plenty of humour and one would be correct in that regard.

Visually, Rise & Shine is gorgeous, its hand drawn art mixed with a vibrant colour palate leaves to be a very eye pleasing game. The wonder cartoon style visuals not only are top quality but the entire games runs fluid and maintains 60 fps throughout. 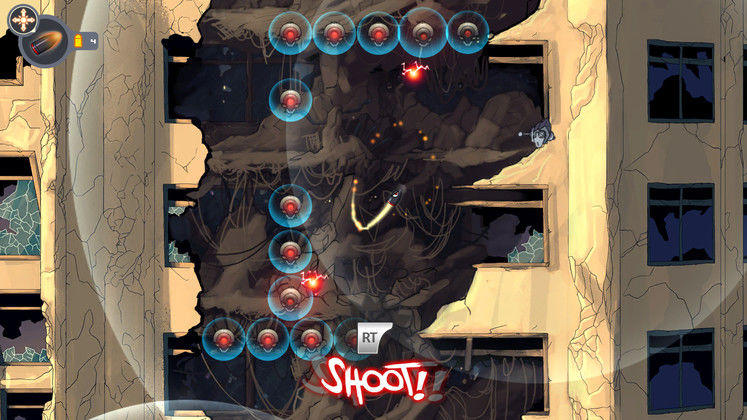 Both sound effects and musical score are top notch in Rise & Shine, the game has very little voice acting and is usually just one-word answers or sounds. The music of the game is where the audio shines, excuse the pun, but it does have a great soundtrack to listen to while shooting down robots.

It’s one major flaw is the progression of difficulty, or lack thereof after about half way through. Once a player becomes adept at the responsive controls and begins to understand the enemy and puzzle mechanics, the game never sets out to challenge you. It’s a shame because if the game had had increased difficulty and new enemy mechanics throughout, you could have potentially become an amazing title. 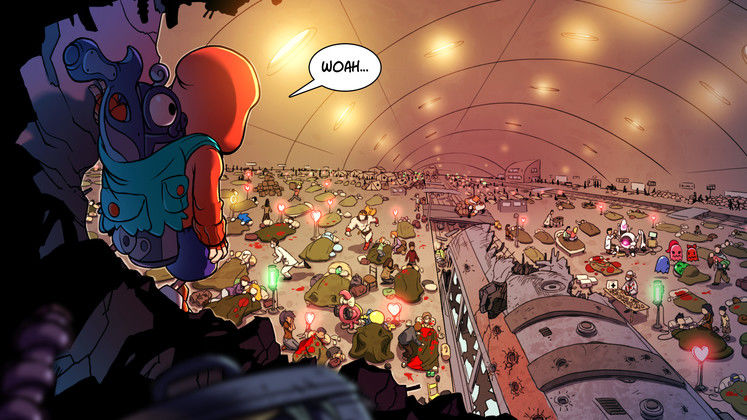 Regardless of its few flaws, Rise and Shine is a fun, vibrant arcade shooter that should please fans of the genre and remain accessible enough for newcomers. Its light-hearted approach, humour and gunplay make for a enjoyable fast paced experience that is filled with smirks.

Boss battles are extremely fun is trying to spot all the video game references in the background.