Savage: the Battle for Newerth

Savage: the Battle for Newerth Review

In conclusion, Savage does a lot right and is a very interesting experience adding another command layer to a genre well known for its chaos and somehow pulling it off

Let me open by saying right off the bat that I have never been a really good team player. I am usually more comfortable being in charge or simply on my own. Of course I joined the military..go figure, and to the credit of the institution, I have developed this aspect of my personality as far as my profession goes.

Unfortunately I can say that as far as gaming or sports go, I still am a bit of a loner. In fact I was one of the “old school” grouches who held off getting Internet access because “I was raised on stand-alones dag-nammit!!”. 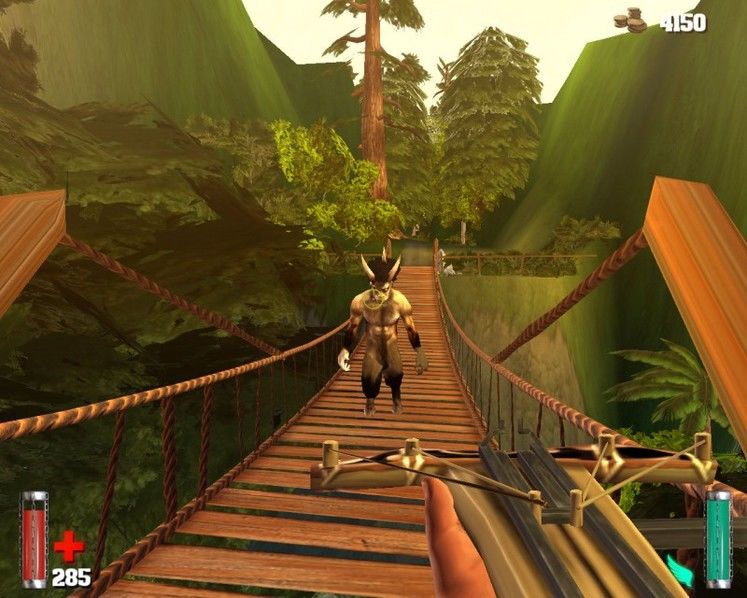 Awhile back I finally tried some of this “online stuff”…I can say I wasn’t exactly impressed. I walked into the world of Counter-Strike and Quake with my head down it got ugly fast. Normally I pride myself on rather quick reflexes but l’il twitch monkeys were soon “m8king me yoor beatch!!” faster than you can say “plasma blaster”.

Later, when my ego recovered, I got into PBEMs and TCP games for wargames and there things got a little better. I can say that perhaps multi-play and I have come to a common agreement and will be able to live in harmony based on these experiences. But I still don’t entirely trust the damn things. 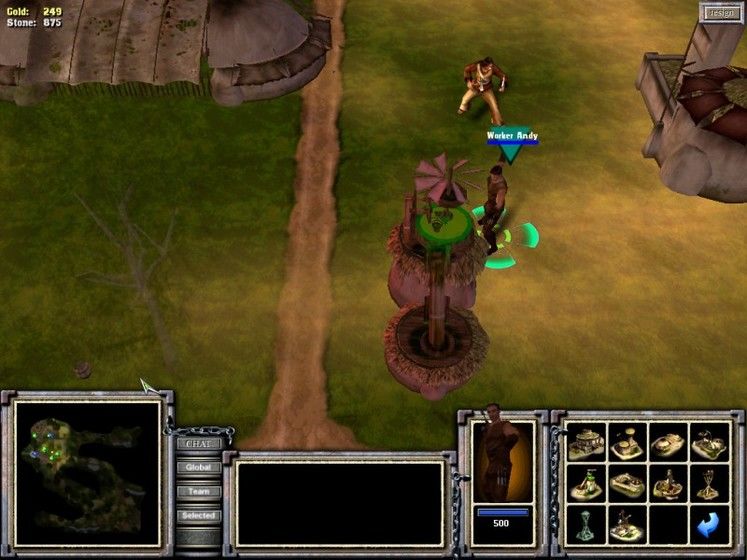 The problem as I see it is that the gamer is caught in a dilemma; first off AI is often simply too stupid (this is changing…or I am getting dumber..either way a win-win situation) and second, people are jerks for the most part, particularly when they play at the end of a wire, safe from a well deserved smack in the head.

When Savage: The Battle for Newerth arrived in the mail, I really wasn’t too optimistic to be honest. To my mind we finally had a game which could get a lot of jerks together and show just how poorly they take direction. I had seen a lot of this on Counter-Strike servers so I went in rather jaded.

Savage thankfully really opened my eyes and in that extended blink I got a very good look at the future. 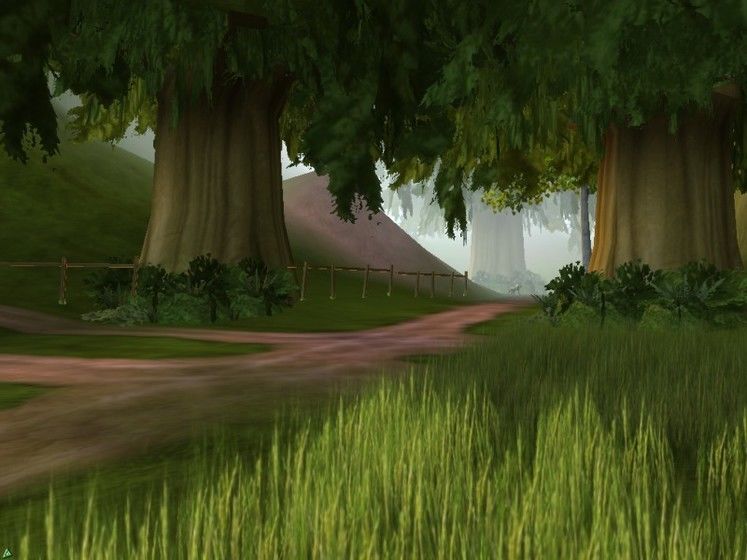 People have been hinting at cooperative games which combine Real Time Strategy and FPS run-and-gun action for years but few have delivered(Half Life: Team Fortress 2 to name a big no-show). In the world of game design this is a dangerous line to walk. If you don’t get both modes of play exactly right and balanced you get a dog’s breakfast pretty damn quick.

Savage is described as a “Real Time Strategy Shooter” (RTSS), mark an ‘ol gamers word and remember that name well because we will see it again. Essentially for most players Savage is a coop post-apocalyptic run and gun. But even at this level you are going to see some very new things. You will be directed to help build fortifications, collect resources and of course fight.

For the two Commanders, the game looks like it was peeled straight from any modern RTS. The big difference here is you are managing people (the FPS crowd) and they don’t play like the red-shirted numpties you have come to love & hate. They have minds, wants and needs and most of all may just not do what you say.

Savage is set in the usual; post-nuclear-war-world-re-born-with-beasties-and-people (in an American Indian motif)-going-at-it-for-domination-of-the-world (well really 14 different maps). To be honest the story line isn’t really important and the only reason to have beasties and people is to provide a reason for different in game units. 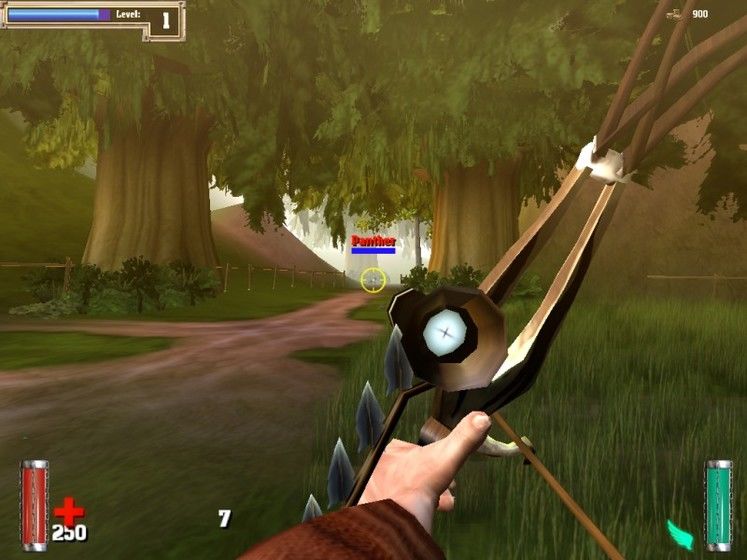 I will start with the FPS portion of the game as this is where most players will start playing (if you want to command it is best to really host your own game as the Commanders slot is hard to come by online). To the FPS gamer this is solid outing, if not dazzling. The coop play is very interesting as the Commander will be directing efforts so even though you may want to go bring some trouble to the other side, you may get stuck building huts or collecting rocks...or perhaps I just really suck and that’s what they had me doing.

From the FPS perspective you will see a lot of the usual features, melee weapons with wicked punch, ranged weapons (single shot, rapid shot, FTs and the ubiquitous sniper “bow”) and siege weapons. Items are also available for purchase (you get gold from dead enemies and for rewarded efforts) from med packs to sensors. Players spawn from Garrisons which are basically constructed spawn points and go forth and do battle. Here the game turns into what you would expect in any FPS. Weapons do different levels of damage and you will soon find some fit your play style while others only get you killed. 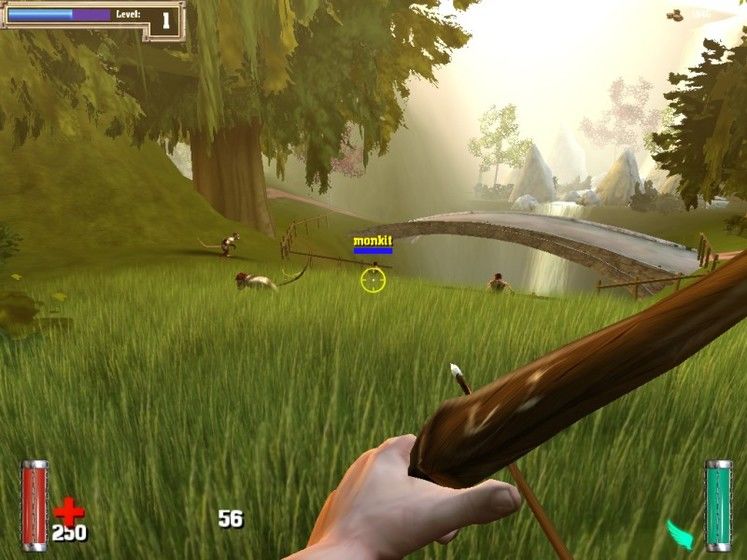 When you die (or when you go to the Garrison) you can purchase new weapons and get unit upgrades. The human units are basically stronger versions of the one that comes before. The Beast Hordes have some interesting variations though; Summoner and Behemoths can be interesting to play. Units balance off each other fairly well as do weapons effects much like most decent shooters on the market today.

Sometimes I found that the cooperative play was rather shallow as things move so fast that you really don’t get a sense of teamwork. Here is where the Commander fits in as an important part of the picture and will in effect make or break the game.

The Commander is one busy fella, he/she has to manage the players, workers, reward/punish and keep an eye on the tactical situation all at the same time. If you think things are rushed at the player level Commanders hop around like a burning frog trying to keep it all “in-picture”, then if you screw up expect a serious verbal thrashing from your “loyal troops”. 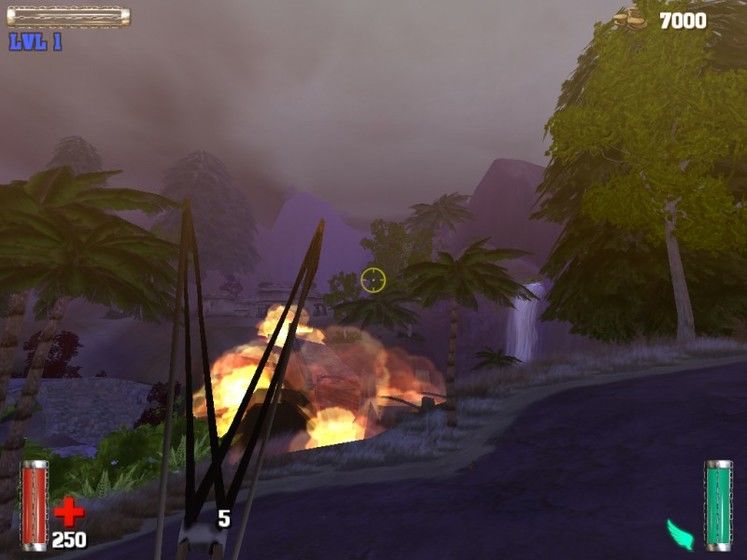 As an FPS player the learning curve is forgiving, as a Commander it is merciless. The Commanders view is top-down and classic RTS fair. This portion of the game comes with everything you would expect or see in a title such as the Warcraft series. Resource gathering/collection, building structures that unlock better and more powerful weapons/unit and of course directing combat troops are all part of the job. Combat can get particularly interesting as players may not do what you expect, this can be a good thing as they can often see opportunity you might have missed.

One critical thing missing is voice support, Players can get away with “follow me” and “go left”. However, in order for a Commander to be able to interject his Intent and overall plan and keep everyone in the picture..typing simply is not where it is at. This can lead to frustration as you try and get things on track. Voice support (for the Commanders at least) is sorely missed in this game, which is surprising as it has been used extensively in multi-FPS games for a few years now.

As an FPS or RTS the graphics of Savage is above average in my opinion. The screen did run jerky at times but no worse than I have seen in other multi-play venues. The maps are very colourful and vibrant. Weapons visual effects are a little under whelming but still sufficient.

Sound-wise the game is very nice. The tracks and sound effects I found to be quite engaging and help the experience. Although the weapons sounds could have been a bit meatier. 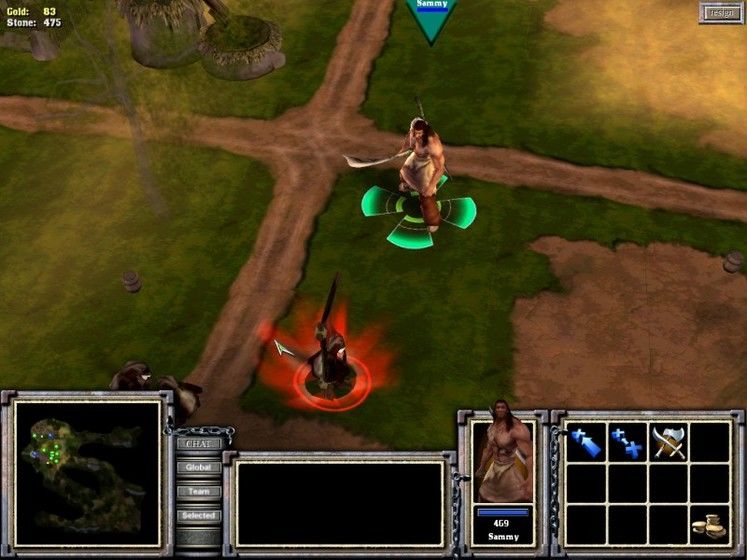 Savage ships with 14 maps which are designed to be played individually. These maps are good if a little repetitive. I found the lack of an overall campaign game would have been interesting to see but I am not sure this would work with online play. Clans are probably the best way to go for Savage as there one would probably find more teamwork and tournament atmosphere where long term strategy will come into play.

SAVAGE: THE BATTLE FOR NEWERTH VERDICT

In conclusion, Savage does a lot right and is a very interesting experience adding another command layer to a genre well known for its chaos and somehow pulling it off. Again, mark my words and take a look at the Savage demo at least because this is a benchmark game which truly melds FPS and RTS in their truest senses together into a solid package. Be prepared for the future my friends for the future is now!

Savage: the Battle for Newerth Essentials 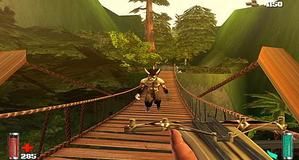