Half the Sam, Just as Serious 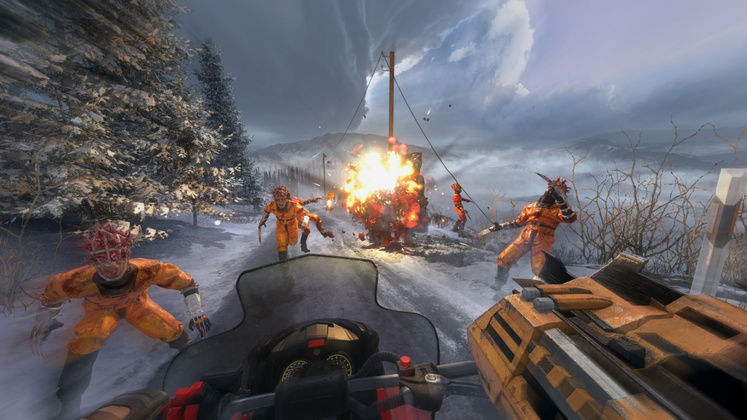 There was a time when first-person shooters were rife with standalone additions to their entries. Think of Half-Life’s Blue Shift, or Duke Nukem 3D’s various offshoot mini-campaigns. It makes perfect sense then that Serious Sam, the FPS world’s biggest throwback franchise, is still keeping that fire burning in 2022.

Serious Sam: Siberian Mayhem is dubbed a ‘midquel’ to the events of Serious Sam 4, and interestingly has been developed not just by Croteam, but predominantly by a contingent of talented modders. It’s unmistakably more Serious Sam, just in a slightly more compact five-chapter form.

This mini adventure takes Sam Stone on a trip to the bleak, cold expanses of Siberia as he pursues the traitorous General Brand, who has made off with a dangerous alien artifact. Like the rest of the Earth, Siberia is heavily occupied by the alien forces of Mental, so who better to leave them all in bloody chunks than Sam? What follows is 5 or so hours of mass carnage and destruction on a variety of icy locales.

“What is admirable is that despite the vast expanses, the action rarely lets up, ensuring a classic Serious Sam feel.”

Each mission takes place in its own vast map, where Sam has the freedom to roam far and wide in search of secrets and side missions, but still has a focused singular mission to complete in order to progress. The big positive of these huge maps is the game has plenty of excuses to throw colossal armies of nasties your way, and compliment that with a ridiculously fun weapon set, but it’s fair to say there’s a little too much trudging from point A to Point B in a couple of the missions.

What is admirable is that despite the vast expanses, the action rarely lets up, ensuring a classic Serious Sam feel. If there’s a quiet moment, it’s usually revving up to a massive firefight that either ends with Sam splattered across Siberia, or the player sweating profusely in front of a mountain of Mental corpses thanks to the lengthy bout of combat intensity. It doesn’t matter if you’re operating cranes at a rail station or snooping about an abandoned rural town, your trigger finger is unlikely to be getting an itch. 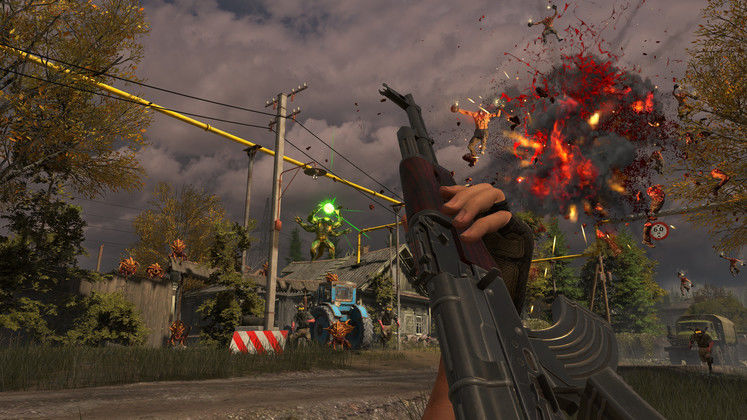 “Throw in vehicle sections such as the aforementioned mech, a tank, and snowmobiles, and you have plenty of toys to play around with”

It likes to play into its Russian theme quite heavily. Serious Sam’s never been one for subtlety, so it should come as no surprise the game is filled with uninspired stereotypical characters and jokes, but does have the occasional flower bloom from the concept, like when Sam straps into a chainsaw-wielding mech as a super-serious orchestral rendition of the Tetris theme plays to the rhythm of Sam’s chainsaw slicing through Mental like an electric carving knife through the wafer-thin ham.

But what else is new beyond the setting? Well, there are variants on classic Sam monsters, and new foes such as the menacing sentinel owers that act not only as a rocket-barrage bad time for Mr. Stone and his chums, but work as conduits for security barriers that prevent further progress until Sam destroys their intermittently shielded core.

Also of note is that Sam can chuck a few new weapons in his bulging arsenal. The rapid-firing classic AK-47 makes an appearance, and a brand new ‘Perun’ crossbow fires explosive darts over a great distance, but the best new addition is clearly the laser cannon, which toasts vast swathes of Mental in seconds, extra crispy style.

There are some gadgets to go along with that weapon platter too, such as targeted missile strikes to obliterate an oncoming horde with red hot death from above. Throw in vehicle sections such as the aforementioned mech, a tank, and snowmobiles, and you have plenty of toys to play around with in the brief, yet explosive, time you’ll have in Siberian Mayhem’s company. 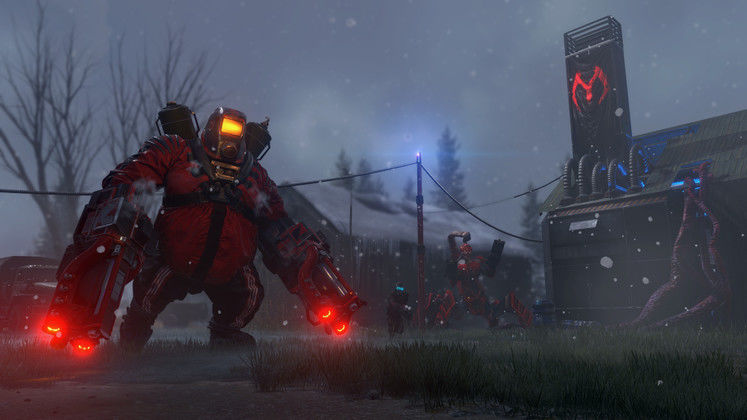 “A lean and mean addition to the Serious Sam family that experiments with a few new toys, and offers more of the same Serious Sam goodness”

There’s a handful of puzzles peppered throughout that don’t exactly provide many challenges (move object x to location y, press the buttons in the correct order, etc), but they do at least break up the seemingly endless firefights for a brief time. The focus is rightly on providing the player with the maximum amount of guntactular carnage.

For anyone wanting to have a little more Serious Sam, or perhaps find a quick route into the series, Siberian Mayhem essentially acts as a condensed continuation where the story doesn’t matter too much for those coming in cold. However you come at it, Siberian Mayhem is an intense single sitting first-person shooter experience.

I found Siberian Mayhem to scale quite well. Even on lower settings it plays pretty much smooth as silk, and keeps enough visual quality to make the firefights an appealing spectacle. There was the odd noticeable framerate hitch, but nothing you’d call devastating unless you have needlessly high standards.

Aside from standard features for subtitles and the like, Siberian Mayhem has options for motion sickness sufferers, and adjustable HUD and crosshair sizes.

A lean and mean addition to the Serious Sam family that experiments with a few new toys, and offers more of the same Serious Sam goodness we’ve been accustomed to. It has the odd instance of unnecessary padding via one too many gunfights, but overall keeps a breezy, brutal pace.

Climbing into a mech suit to cause whole new levels of carnage. 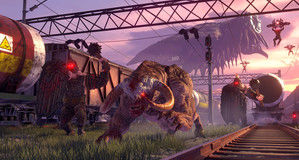