It's cold outside, there's no kind of atmosphere

Now there are re-releases that up the graphics settings, really clean up the game to make it look like it was just released, with extra content to boot. Then there are re-releases that literally just stick the game out again with no tangible improvements for extra money and everyone wonders what the fuss was about. With Space Colony HD: Steam Edition, Firefly Studios (best known for the Stronghold series) has done the impossible and managed to straddle both of these re-release types at once. If you thought being one would’ve contradicted the other you’re wrong. Let me explain.

It's cold outside, there's no kind of atmosphere.

The original Space Colony came out in 2003. It was and still is a management game, originally described as “The Sims… in spaaaace” although that’s not completely accurate. For one, The Sims had loads of sequels and expansion packs whereas Space Colony was kind of forgotten. Although, confusingly, Space Colony HD released on GOG.com in 2012. Space Colony HD: Steam Edition then is a re-release of that re-release with a new bonus campaign, Achievements, Trading Cards, Steam Workshop support (chargeable now?) and apparently a re-balanced Easy Mode that’s apparently actually Easy this time.

I’m going to say right now that if you’ve got Space Colony HD and aren’t such a huge fan of the game that you desperately need a Steam version with user mod support that may or may not come (and may or may not be charged for, now) then don’t get the Steam Edition. Yes, there’s a new campaign, but you have to play through all of the old campaign to get there, although granted this may change in the retail release in a patch and I hope it does. If you are a huge fan of the original and really need more of it then you’ll enjoy yourself but still wince that you have to play through all of the original.

Now for people who haven’t played any version of Space Colony. There are two parts to the game which the original campaign neatly cuts in two to accommodate, and these are people/base management and base defence. Unfortunately both have deep problems. The comparison with The Sims is fair with the people management, as you have to organise all your colonists and each of their individual needs, whether it be food, tidiness, sleep, social interaction, you name it. Two colonists are enemies? Get them to sit down together and talk about their problems! Someone thinks the base looks drab? Stick down some plants! A lady who shall remain nameless (TAMI) wants to get drunk? Put in a bar and watch as she becomes the only one who goes there wasting valuable time, materials and space! 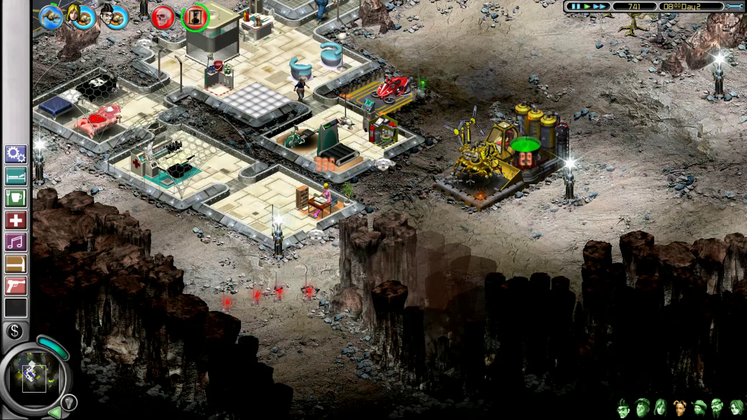 The huge problem here, which of course hasn’t changed since 2003, is that the colonist AI has absolutely no “I” at all. Aside from basic functions like sleep and food you have to manage [i]everything[/i] they do, and it really gets tedious. Aliens attacking the base? You better move those commandos close to them otherwise sod-all will happen. The colony’s running out of power or oxygen? Command a colonist to get to their stations on the bridge and replenish them or everyone will die. You even have to [i]order[/i] them to make small talk with other characters. Basically, managing these little buggers wasn’t much fun in 2003 and it hasn’t changed a bit. Base building is at least fairly fun, although it’s often not clear whether you can put a building in a certain location or not. I spent ages in one mission trying to work out where exactly I was allowed to place a warehouse.

The second half of the game introduces combat in a very basic real-time strategy form, as hostile aliens start to get cross at your encroachment into their territory and start attacking you. The problem is that this side of the game isn’t as interesting (and you may remember I spent a paragraph explaining why the management side was annoying). Enemies swarm in far too quickly, often before your new crew’s even landed on the planet, leaving you to just place a few ineffective turrets and forcefields that probably get destroyed instantly. You can’t order soldiers or turrets to attack a specific enemy, so you have to hope they shoot the one that’s about to nearly kill them - which they won’t, usually. If Firefly had just put in a few automatic base defences and made the enemy AI a little less ruthlessly aggressive Space Colony would’ve been a lot more fun.

On top of the main campaign there’s a Galaxy Mode, Sandbox, and Steam Workshop. In Galaxy Mode you can choose any planet you want to start with and just get stuck in. In Sandbox there aren’t any missions, you just keep building and protecting and eventually get incredibly bored because there’s no endgame and you’re just doing what you do in the campaign except without a point. And Steam Workshop, well, you can probably guess what’s in there. The campaign remains the most enjoyable way to play out of these, as at least the progression is good and it feels like you’re achieving something. Those missions are often a little bit dull though, like waiting around for a vacuous useless bimbo to learn how to farm space chickens, but it’s often satisfying at least to complete objectives.

To finish off, It seems silly to knock Space Colony HD for having ancient graphics, but reviewers called the 2D isometric engine “cheap” back in 2003 and now it’s downright antiquated. It’s style that matters more though, and Space Colony doesn’t really have that either. A bunch of annoying stereotype characters whose lips don’t move when they talk make up the colonists, and all the biodomes and planets have such a basic unimaginative look it leaves the Colony looking more than a little drab.

Space Colony HD: Steam Edition is a re-release of a re-release that’s added a few cute little features but kept every single flaw from the original intact. It was merely an okay game back in 2003 so it’s pretty mediocre now. The original does have its fans because there aren’t too many games like it, but at the same time Startopia Startopia good god Startopia. Managing the base is pretty fun and progression through the campaign is satisfying and well implemented, but the objectives can be dull, the colonists are all annoying brain-dead cretins, and the base defence side isn’t all that fun. Getting back to my original comment, it’s a re-release that adds new content and looks exactly as modern as it did in 2003 (i.e. not at all) but otherwise makes no tangible improvements and everyone will wonder why it took three years just to put the HD version on Steam. Space Colony is not without its charm or satisfaction, but you’ll want all the idiotic colonists to die long before you reach the credits.

Feeding a space chicken into the grinder. Heh heh. 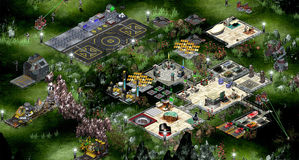 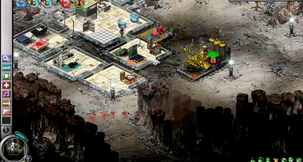