From the nerve-shattering likes of the Amnesia games through to more contemporary fare such as Outlast or the upcoming SOMA, it’s fair to say that PC folks haven’t exactly been bereft of choice when it comes to offerings that will induce a number of pant-soiling thrills. Thusly, Stairs from GreyLight Entertainment arrives at an awkward juncture, offering little that we haven’t seen before while encompassing puzzles and exploration elements against the backdrop of practised, if still eminently effective psychological horror beats.

From the offset at least, Stairs narrative premise is intriguing. Casting players as dramatically deeply-voiced journalist Christopher Adams, Stairs takes a set of apparently real-life events and recreates them within the game, applying liberal amounts of artistic license in the process. Armed with a trusty camera and journal, Stairs chronicles both the literal and metaphorical descent into madness, following shortly after our plucky reporter plumbs the depths of an abandoned warehouse in an effort to discover the whereabouts of missing high school student Valerie Berkley. 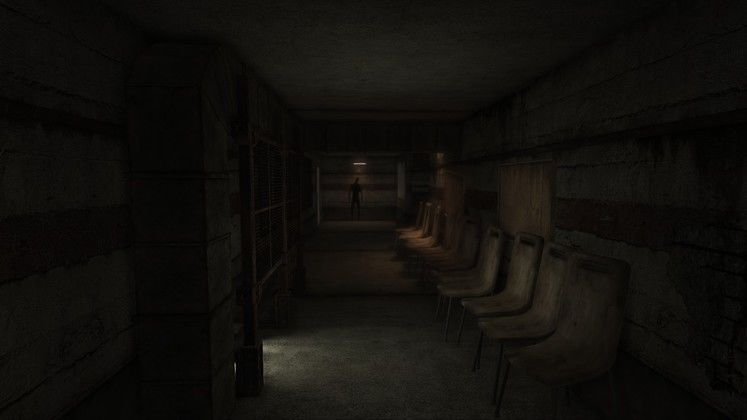 Whatever else might be wrong with Stairs, it’s impossible to deny that the game is very effective at scaring the pants off you

Adding to the mysterious disappearance of young Valerie are the missing persons cases of a local businessman and pastor, of which the trio are thematically linked throughout the game, in turn providing Stairs with an intriguing multi-faceted narrative string. While it’s clear that the plot is largely well constructed, Stairs ostensibly does its best work when crafting spine-tingling atmospherics and a masterful audiovisual presentation.

Deftly striding across the spectrum of creeping dread through to outright, cardiac-inducing jumps and scares, there is absolutely no doubt that the developer completely ‘gets’ how to fashion an entirely immersive and emotionally draining psychological horror experience. Certainly too, a lot of the usual horror tropes are in play such as things scampering about in your peripheral vision, moving shadows and a range of outright, on-the-nose scares that while crude, still remain effective at shredding your nerves. Where Stairs falls foul of less sure footing however, is in the actual gameplay which is underpinned by these impressive and frightening theatrics.

Taking place from a first-person perspective, Stairs settles for a relatively relaxed approach with the bulk of the game spent exploring the environment, uncovering clues and using the camera to snap away at vital points of interest. The problem though, is that the actual environments themselves are mostly bland and largely generic locations that do little to inspire the imagination in spite of the horrors that they contain.

Of course, you might well argue that given the game elects to spin its tale in places of squalor such as warehouses and mines that there is very little that can be done from a creative point of view. The fact remains however, that these are some seriously boring and dull looking warehouses and mines with sparse environments, tons of locked doors that lead nowhere, frequently duplicated assets littering the place and just a general lack of imagination that permeates throughout.

When taken with the total lack of mini-map which will no doubt frustrate some folks (though I appreciate the reason for its omission in later sections of the game), the level design occasionally threatens to undermine the heady atmospherics that the developers have wrought elsewhere. 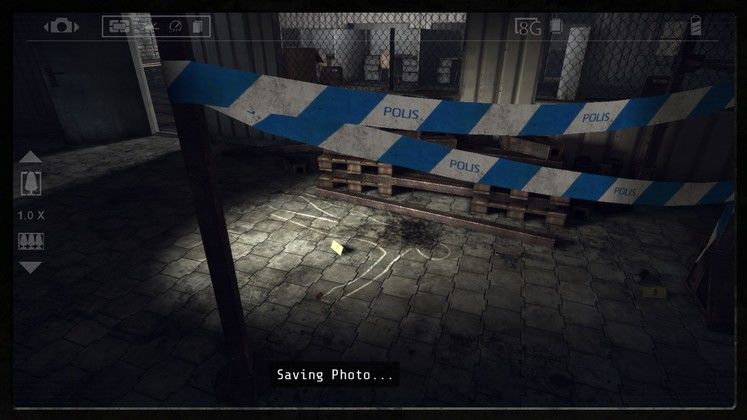 Not particularly helping matters is that the act of actually traversing these environments feels rather stunted and less than satisfying on the whole. Given that your character can sprint (it’s more of a spirited jog, really) and crouch crawl, it seems somewhat baffling that he can’t overcome seemingly trivial obstacles, with knee-high objects especially proving to be seemingly insurmountable obstacles for our intrepid reporter to overcome.

Adding to the general lack of athleticism that the player character boasts is a number of glitches which also serve to detract, though somewhat mildly, from the overall experience. Occasional invisible walls pop up in outside scenarios with one example in particular preventing the player from being able to step across a pair of railway tracks despite the seemingly obvious ease that should be intrinsic in such a task.

Speaking of strange, Stairs seems to have a problem with lighting and shadowing certain objects and surfaces in particular situations. Throughout the early part of the warehouse for instance, you’ll find stacks of documents and paper strewn about the place except that because the lighting and shadowing techniques aren’t correctly in sync, forces the shadow to take over the entire item – thus making it completely pitch black as a result. A little more polish then, is clearly in order.

Niggles aside, the whole point of exploring the game’s various environments is to unearth information that sheds light on both the game’s plot and puzzles. Usually coming in the forms of hastily scribbled pieces of paper which glow brightly to indicate where their location, a handy journal captures vital clues while providing a constant record of our protagonist’s descent into madness. Oddly however, while your trusty journal captures some puzzle clues it does not capture all of them, making it less of an effective record than I hoped it would have been - necessitating the use of an actual real life pen and paper equivalent to properly preserve these clues.

As far as the puzzles themselves go, they’re an enjoyably constructed if not especially inspired bunch that tap into a wide range of skills. From attempting to fix a pressure valve to decoding a combination for a safe, the variety of conundrums in Stairs is commendable for the most part, but sadly they just occur too few and far between overall and thus make the pacing feel inconsistent as a result, with far too long spent wandering about with nary a scare nor puzzle to keep your senses engaged.

Spicing things up a bit though is the camera that is available to the player from the start of the game. In addition to merely being able to capture clues, the device also allows players to open up supernatural secret doors to new areas as well. The problem though, is that such doors only become available while the camera is in use and since such entrances can be easily missed, you usually find that you’re exploring the whole game with the camera view permanently engaged. 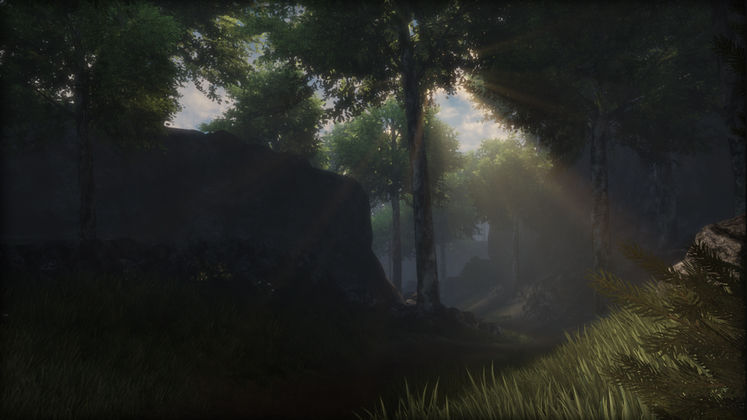 Sadly, the game spends far too little time outside of dingy warehouses and murky, formulaic caverns

Elsewhere, the game keeps players on their toes with an unexpected dose of stealth from time to time. One section early on in fact has players evading an aggressive, shall we say ‘presence’, that stalks them throughout the basement of a factory complex, inflicting immediate insta-death upon touching them. With no actual combat systems to speak of and with a ‘do or die’ reliance on stealth, such situations will be entertaining to stealth stalwarts though the less sneakily inclined will surely balk at the instant death penalty that comes with being caught, even if a restart is only a recent checkpoint away.

Technically speaking,while it’s been established Stairs is somewhat of a mixed bag, of deserved note is the stellar sound design that brilliantly accompanies the on-screen action. Errie sound effects of doors shuttering behind you, creaking scaffolds and scratching echoes all help bolster the dread while the musical score gradually ratchets up to dreadful crescendo during tense scenes, further unsettling the player with assured effectiveness.

Stairs is an odd beast then. A veritable love-letter to psychological horror, it’s clear that the developer commands an impressive grasp of the visceral nature of the genre. Frequently terrifying and constantly unsettling, Stairs excellent atmospherics serve not only to deftly stimulate the senses with aplomb, but unfortunately also highlight that the game upon which these expertly fashioned frights exist doesn’t boast a similarly formidable calibre.

Hearing someone whisper “behind you” and then turning around and seeing something really quite pant-soilingly horrible. 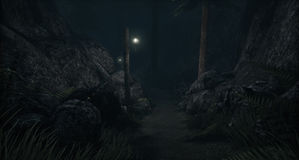 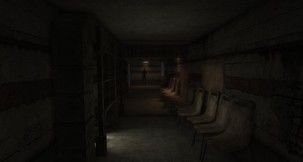