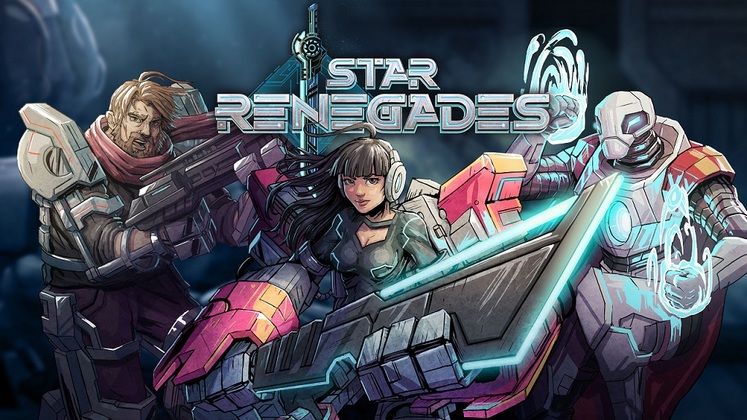 2020 has been an awful year in many regards. I don’t need to tell you that. By too many metrics, it’s been one of the worst years I’ve ever experienced.

Someone forgot to tell video games that 2020 was supposed to suck, though. Unbelievably, and thankfully, it’s been a solid year for gaming, and Star Renegades is yet another stellar title to add to the backlog.

From the very first moments I had with Star Renegades, I was almost certain that I was playing something special. The introduction cinematic had me feeling emotions before I even knew what was happening. The menu met me with great artwork, a banging music track, and a polish that I’d only hoped would be present. The introduction to the gameplay and universe had me at hello. 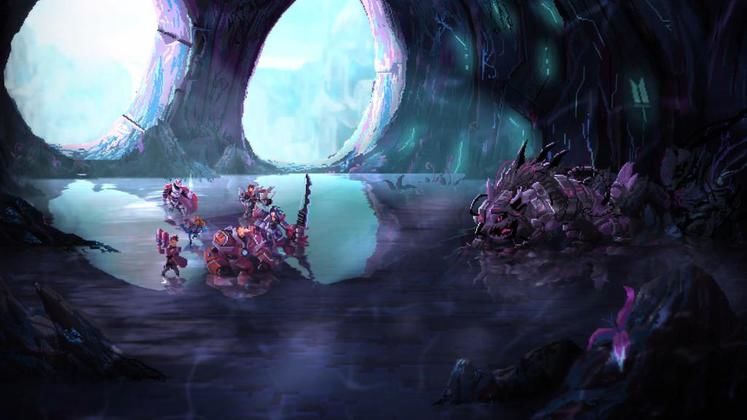 And it just kept being that good.

I’m going to get into the amazing 2D visuals, engaging gameplay, and fantastic soundtrack in a minute, but let’s talk story, first, because that’s where this game starts impressing immediately. As I mentioned, the opening cinematic kicks things off with a rather emotional short story and it’s from there that I never lost interest in the narrative of Star Renegades.

Without giving much away, you take control of a robot affectionately called J5T-1N as it works against the Imperium, a relentless army of robots that’s hellbent on assimilating everything in their path. See, J5T-1N came from another universe to prevent the Imperium from wreaking havoc on yet another universe and its timeline.

The Imperium is led by an AI overlord, which the robotic force calls “Mother”. Very early in the game, your group of, um, Renegades, make fun of the robots’ obsession with this “Mother” in the form of mommy jokes, and they mostly land. In fact, the writing is superb, mixing both dramatic tones with comedic relief in near-expert fashion. 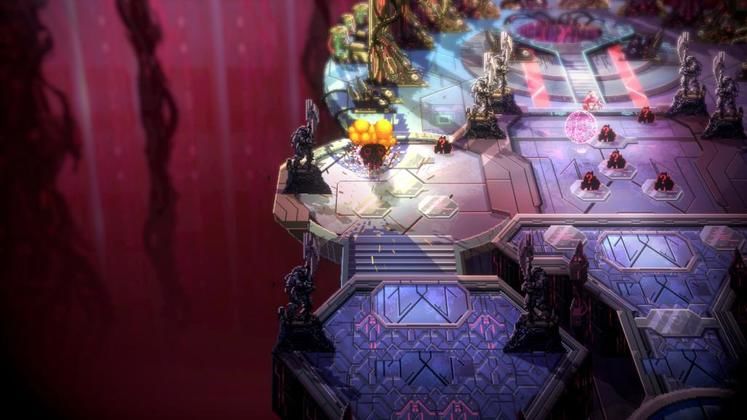 As you explore the various worlds in Star Renegades, you’ll often run into NPCs that are occasionally laugh-out-loud funny, but always interesting. Mousing over their forms reveals their dialogue, and it’s always a good read. Massive Damage has some talented writers, as was evident in their previous effort, Halycon 6, and it’s on full display here.

Furthermore, the banter between your characters is often very charming and builds an attachment to certain party members as they each have distinct personalities.

It kept me interested throughout, and there are some twists and turns that provided more incentive to work through the challenging combat.

The combat is not your typical fare. It’s difficult, without being overly punishing, and rewards thoughtful tactics and reasoned skill choices. There’s a lot to it, as well, and because it’s more engaging and deep than your average RPG combat system, it feels a bit overwhelming at first.

Enemy actions appear on a timeline above combat and their placement on that timeline, along with your selected actions, determines when and IF your enemies will attack. Interestingly enough, you can push your enemies off of that timeline, causing a BREAK, which negates your opponent’s ability to attack.

So sometimes, it benefits the party greatly to be overly aggressive, throwing defense and caution to the wind, and push your opponents off of the timeline. 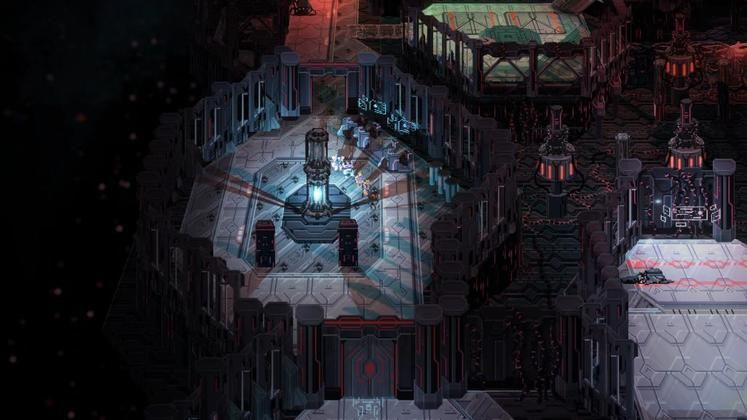 Other times, it’s more effective for your long-term survival to have a more balanced attack. Boosting your party’s shields, using synergistic skills, and generally being more cautious can often be the right strategy. However, it’s not always the right choice, and knowing when and how to make those aggressive pushes is where a lot of Star Renegade’s decisions are made.

It’s made all the better by the variety of enemies and the fantastic art and sound design.

Sure, I have a certain fondness and nostalgia for pixel art, considering I grew up in the NES and SNES era, but I think most people could objectively appreciate the pixelated goodness on display with Star Renegades. It’s some of the best pixel art I’ve ever seen, period.

There aren’t many games that have mixed 2D pixel art on a 3D background, but I wish more would. The style gives everything a sense of depth that I appreciate. In short, it feels like a modern interpretation of the SNES style of graphic design.

Couple those awesome pixel graphics with a soundtrack that marries an upbeat, synth wave-style sound, with just enough SNES-like flavor to really get you in the mood to take down the Imperium. What’s more is that the sound effects from combat are also all spot-on, encouraging players to keep fighting the good fight, time and time again.

Even worse, I don’t feel like the meta progression elements of Star Renegades add enough or make enough difference to really make things any easier on subsequent runs. Sure, you can pick up new weapons, armor, and perhaps most importantly, unlock new characters, but none of them truly feel like progress. 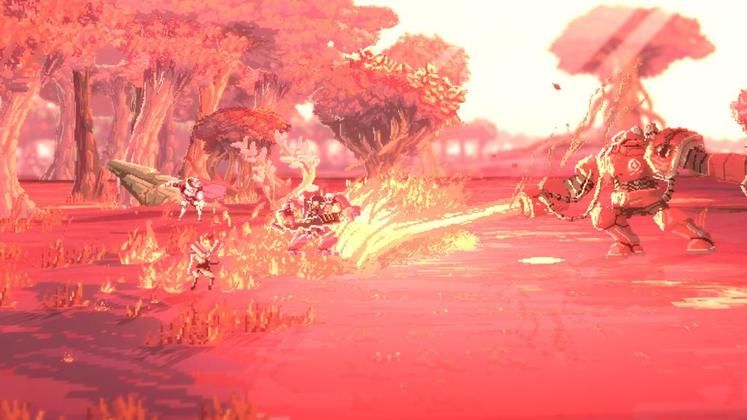 What makes it even more difficult is the Shadow-of-Mordor-like adversary system, wherein the game’s boss characters, the Behemoths, level up and become stronger after failed attempts at taking them out.

Defeat is inevitable in Star Renegades. Like so many other games of this genre. It’s so important to get the gameplay loop right and thankfully, the combat, the story, and all the rest is such a strong draw that you’ll feel compelled to keep going back time and time again. In fact, it hardly felt like a chore. It didn’t always feel particularly fun, but it never felt too laborious.

I’m hopeful that Massive Damage can shore up the meta-progression, though, as it feels like the weakest link with Star Renegades and also, perhaps, one of the easiest gameplay mechanics to improve.

Star Renegades had me enamored from the opening cutscene and sunk its claws deep with its tactically-sound combat, incredible aesthetic, pulse-pounding soundtrack, great story elements, and superb writing. I wish that its meta progression elements were more significant and that it didn’t insist on being yet another rogue-lite, but I still felt compelled - even after some really sour defeats - to come back and fight the good fight against the Imperium.

Put simply, Star Renegades is one of the best indie game experiences I’ve had all year. Full stop.

Taking down the first Behemoth, after a few attempts, and realizing that I might just have what it takes to beat this game. 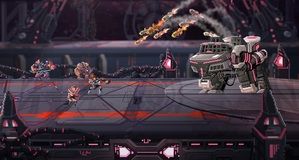 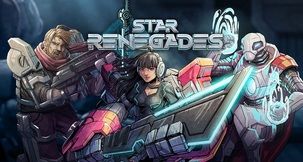