Say what you want about Graviteam’s rough and robust tank simulator (and we will, very shortly), but the developer at least has to take credit for attempting to spice up a well-worn genre with an interesting and under-played setting. Steel Armor - Blaze of War sets its action not in the well-trodden WWII or fictional modern-day scenarios, but instead in the Iran-Iraq war of the 1980’s, with a side ordering of Angolan civil war and the Russian attack on Afghanistan. It’s Soviet T-62’s and the American M60A1 all the way then.

Military aficionados will no doubt get a suitable kick from playing on new ground such as this, and for the most part Steel Armor does a good job of presenting its suite of digital tank ephemera with a dry enthusiasm and attention to detail that’s perfect for enthusiasts. An ‘encyclopaedia’ mode allows for careful inspection of the hardware used throughout each of those campaigns, and for the most part everything is modelled to a degree that’s compelling to explore. Whilst details about the actual conflicts and battlefields are scant, you nevertheless get the feeling that this is a game that wouldn’t let the finer points slip through its grasp.


Delving into each of the four campaigns, your role takes up three stages that roughly translate to the responsibilities of a general, battalion commander and that of a tank driver, gunner or anything in-between.

Your first duty is to sort out troop movements on a vast overland map broken up into grids, with each side taking turns to move their platoons into position around key locations. A dense fog of war exists here, with a question mark symbol indicating that something is in a particular square, but you’ll not be sure exactly what it is until you choose to attack (or it does the same). If the units involved in those battles are infantry or anything other than tank-based, the game will auto-resolve the conflict and give you a nice damage report to analyse if you wish. If either side involves any of the tank battalions however, we move onto stage two.

Stage two involves an ‘operations’ overview of the particular battlefield that our forces are clashing on, allowing for each side to place individual units and squadrons to their choosing and issue specific orders to everybody concerned. It’s much like the setup phase of a Total War or similar in that regard, and it’s where the brunt of the tactical planning fetishists will get their kicks. Micro-management and macro-management are both viable (and necessary) tactics here, with a handy line system connecting the various units that form any given squadron or battalion. Once you’ve placed everybody to your pleasure, the action moves onto phase 3.

And now we’re in the tank itself, taking up the role of commander, gunner, driver or anything you choose between all of the roles available. It’s here where the simulation aspects probably shine the most, as the interior and exteriors of those hulking metallic beasts are rendered with due care and attention to authentic atmosphere. You can barely see anything through your narrow hatch as a driver for instance (periscope-type viewports are also available), whilst there are separate controls for the likes of popping open the hatch and having a look round, or throttling off the engine to run silent. You can choose to have the AI take care of any of those roles for you, and jumping into a different tank is as simple as holding control and selecting another unit from the HUD.

It doesn’t play that badly either, and although the environments are pretty flat and uninteresting, there is a good dose of hide-and-seek tactical fun to be had. You’ll always need to pay attention to the wider battlefield and adjust tactics on the fly if you’re ever to be successful mind you, and as a simulation it’s definitely not for the lone run-and-gunner. Sending my poor tank personnel on an ill-advised scouting mission into enemy territory in the first battle was enough to convince me that definitely isn’t the way to play. Holding territory and waiting for the right opportunity is key.

With all that said, it sounds alright doesn’t it? And indeed there is a solid foundation to the action and tactics in Steel Armor that true genre enthusiasts will get a kick out of. Crucially though, it’s hobbled by one of the worst interfaces you’ll ever come across.

Interaction with the game is all over the place, and very inconsistent: some commands require a left-click, some require a right-click, some needing a drag of the mouse and others that I can’t for the life of me figure out even now. The menu items themselves are gridded and colour-coded in such a manner that it took a good half-hour pouring through densely-populated screens before I figured out which item the game was trying to tell me was actually selected, and from there on in, things just get worse. Information is haphazardly strewn around the screen in a grid system that doesn’t lead the eye in any meaningful direction, and even when you’ve gotten the hang of the convolutions necessary to get to where you need to go, it still takes you five times as long as it should do.


I cannot stress that point enough. Half of your time is spent in menus in strategy games after all, so getting the UI design right is as crucial as any other aspect of the project. It’s not the complexity of the simulation that’s going against Steel Armor, it’s simply the grouping, arrangement and access to the details that’s severely frustrating and ultimately limiting. There is a tutorial mode to run through, but it just amounts to a set of interactive tool tips for each menu item, leading you through the basic setup of a game. Even within those scripted prompts and with the game supposed to be telling you what to click, there’s a level of confusion and frustration that just shouldn’t be.

Ultimately then, that rather large disappointment overshadows what could have amounted to an interesting take on the genre. If you’re willing to put in a good 5-6 hours learning the foibles of the interface, and then spend the rest of your time with the game wishing it was better, there is something to be said for the setting and the heart of the action that lies beneath. It’s just not enough to overwhelm the tide of poor UI decisions that unfortunately sit dominant on top.

Ultimately then, that rather large disappointment overshadows what could have amounted to an interesting take on the genre. If you’re willing to put in a good 5-6 hours learning the foibles of the interface, and then spend the rest of your time with the game wishing it was better, there is something to be said for the setting and the heart of the action that lies beneath. It’s just not enough to overwhelm the tide of poor UI decisions that unfortunately sit dominant on top.

Figuring out the interface 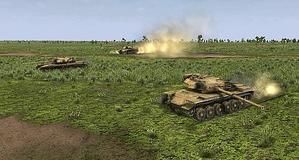