Death is only the beginning 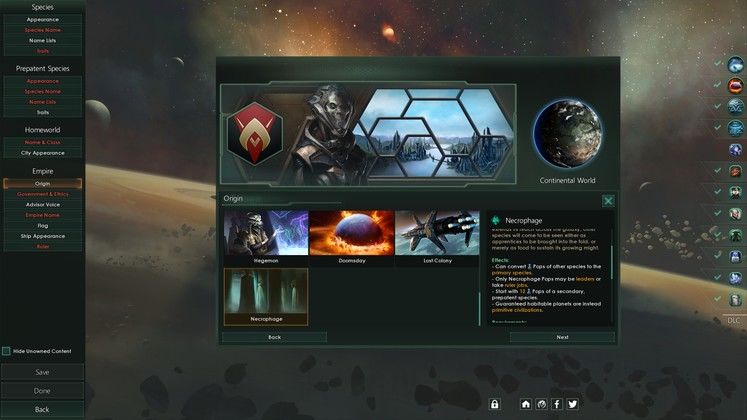 I don’t get that weird obsession with death some people have. I barely understand the fear of it, mind you, but the idea that one should worship something like that always struck me as macabre and a bit out of whack. But if you’re one of those three fries short of a Happy Meal, Paradox has good news for you: you can now play as cannibalistic, parasitic races hellbent on raising the undead in Stellaris.

Stellaris: Necroids is the latest species pack to PDX’s only 4X sci-fi title, adding a race of necrophages – that’s dead-eating organisms – to the game. The DLC adds a new origin, three new civics, 16 portraits (including a robotic one), alongside new city and ship set art options, a new advisor, new name lists, and even new buildings. If that’s a lot, that’s because it is – unlike previous packs, Paradox ticked almost every box in the creation list when building this one. 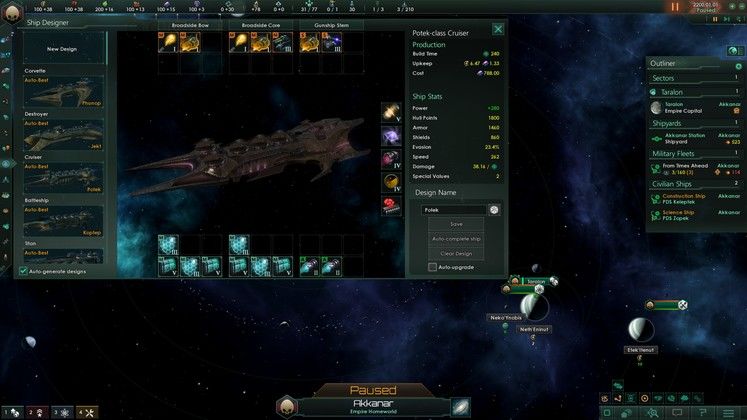 The main gist of the Necroids is that they are a parasitic race that thrives on death, essentially converting other races to their own, not unlike a zombie virus turning people into zombies. As a result, using the Necrophage origin creates a unique starting position where you create not only your own race, but the race originally inhabiting the planet before you took it over from under them.

The origin is quite different from others currently in the game, as you start with half a dozen pops in your world from the people you’re in the process of eating. That helps to create a different early game – something Stellaris long suffered from, especially as all changes over the past 2 years have increasingly made it more micromanage-y and bland. 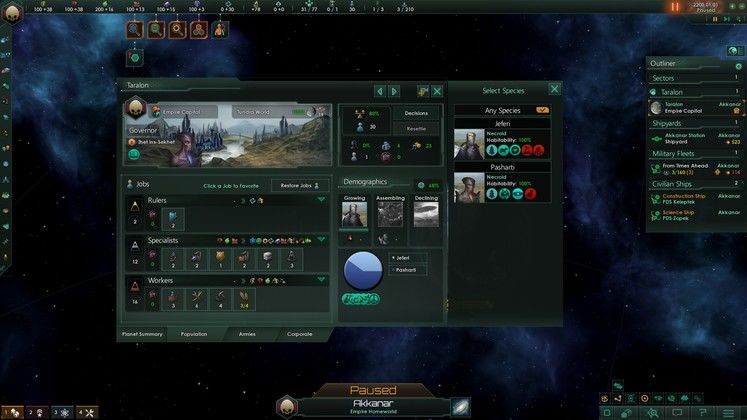 There are also three civics that don’t require that unique origin, allowing you to build a civilisation focused in death that aren’t (necessarily) flesh-eating clever space zombies. The Death Cult lets you use a number of edicts through the sacrifice of living beings, granting empire and local bonuses in exchange for population. Reanimated armies lets you raise the dead to fight for you, which translates as untiring soldiers that don’t suffer the effects of morale and never retreat.

Finally, memorialists lets you erect monuments and honour Tomb Worlds as places of worship, granting local and empire-wide effects like increased stability to keep all those death-loving cult members in line. Together, those three civics let you use the game system’s in a way not wholly explored before – and the Death Cult especially helps offset the severe resource problem the game has had for years now. Using pops to activate an edict might be ill advised, but it’s sometimes much better than sitting around for 8 hours waiting to have enough influence to spare. 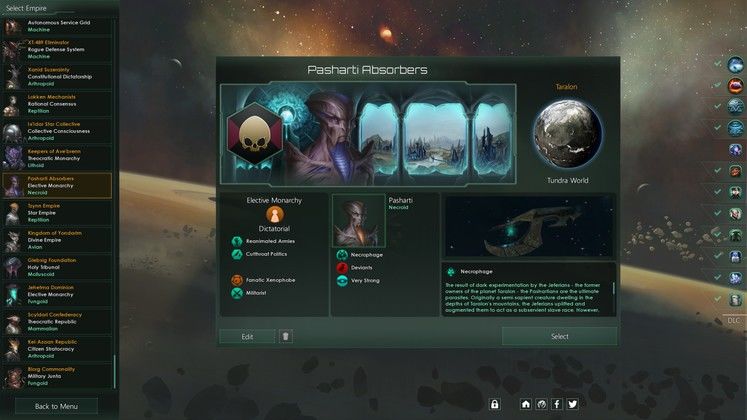 On the cosmetic side, we get 16 very creepy portraits, representing the Necroids’ penchant to become mutated, grotesque creatures. The city background is surprisingly not disgusting, but it’s the ship set that threw me off – the new ship and station designs are actually pretty damn good, to the point I want to use them myself. They have a weird Dalek/Time Lord/Sith aesthetic to it, and the Titan in particular looks super awesome with its ventral cannon.

Add to that the new creepy advisor, the name lists, and a few new building appearances, and you got yourself a well-rounded package of Stellaris species creation. Luckily, you can use the ship set exclusively and ignore everything else if you want, but in case you always wanted to create your own space death cult/zombie army/flesh-eating hive mind, you’re in a lot of luck today.

A surprisingly well-rounded DLC that is focused on creepy death-worshiping and flesh-eating traits, but has an awesome ship design set even for those that don’t care about the Necroid stuff.

Wiping out a Necrophage capital through bombardment with my fleet of enlightened, non-death worshipping citizens. 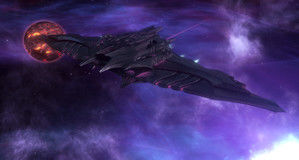