When it's cold outside 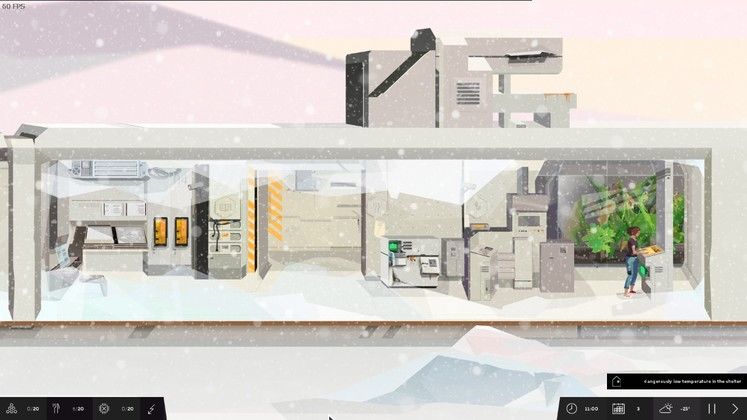 Creepy and unsettling things tend to make me feel more “scared” than outright “scary” things, like your typical horror game when some ugly mook goes “boo”. Jumpscares make my heart rate spike and make me hop a tad in my seat, but as quickly as they come, the effect is gone. Sometimes things that don’t outright try to be scary end up leaving an unsettling feeling, the kind which makes your back crawl at unidentified sounds hours after standing up from the PC.

SYMMETRY, in spite of not really being scary or unsettling at all, had this effect on me. It’s a 2D survival game about a mission to a strange planet from which a mysterious signal is emanating. After a crash which story snippets describe as the first one in 160 years (and thus suspicious), a trio of surviving crewmembers must fix the ship, all the while dealing with extreme cold, a lack of supplies and constant equipment malfunctions.

The game is played from a 2D side view, showing a stretch of the planet’s surface around the crash site and your shelter, with said shelter in the middle. To the left you’ll find the crashed ship and the components which must be fixed, and a cluster of trees. To the right, you’ll find your power plant, your weather station and small heaps of wreckage which can be used to salvage “electrowaste”, which is used to fix stuff. 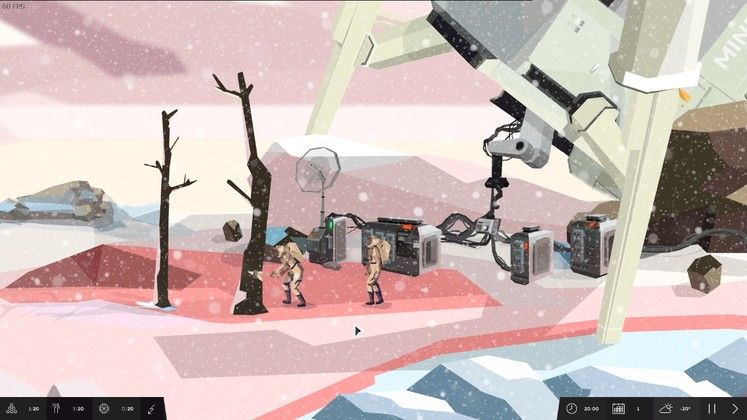 The more trees you cut, the further the crewmember must venture from the base

You start out with three crew members, who know two of three skills: woodcutting, electrowaste research and food production. You need wood to supply the shelter’s furnace which keeps your people warm, the use of electrowaste I mentioned above and food is obvious. The crewmembers have two meters which determine their health: rest and hunger. They can eat food stored in the fridge, and rest in powered regenerative chambers, both of which need power and can break down. They can also study skills to increase their speed in gathering or production.

Overall, SYMMETRY is a really simple game and easily learned, but difficult to master. As days pass, more and more equipment will break down more and more frequently, and you’ll be hit by deadly storms during which your crew will be grounded. You need electrowaste to fix the ship and win the game, but you also need it to upgrade the shelter, and some of those upgrades are absolutely necessary, while others, less so. It will take you a few playthroughs to get a hang of what is important and what isn’t, but the game feels overly punishing in its difficulty, and not in the “enjoyable challenge” way, but rather in the “unfair numbers stacked against you to force multiple playthroughs and pad game time” kind of way.

As the days go by and your crew are more and more likely to dip into the unhappy state, some of those unsettling things I mentioned in the opening paragraph will start manifesting initially as weird phenomena resembling small graphical glitches making pieces of equipment, or the bodies of your crew, distorting for a split second. Depending on where the crewman is, this glitch will also show a different version of some object. If a crewmember dies, you can either bury them or, well… meat is meat. If you choose to eat the crewman, the surroundings of the fridge will be temporarily bloody, but then this blood is cleaned up (presumably) however these “glitches” show it again. At other times, a hung corpse will glitch onto a tree. 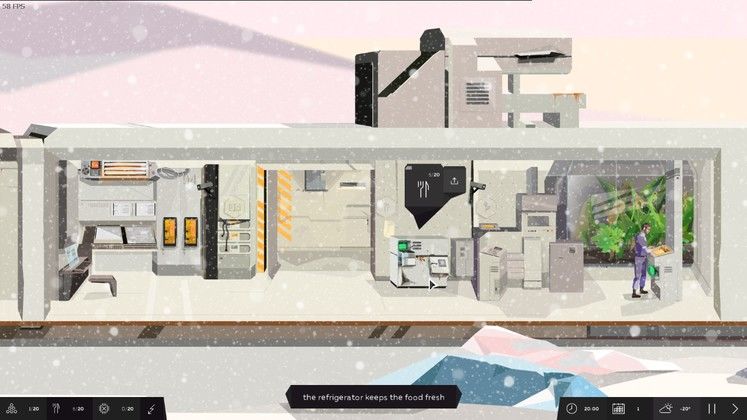 Ideally, you'll be growing your own food

These are pretty cliché “creepy” things, but the sound effects used - and this game has some on-point sound design - coupled with the art style and unexplained source of the phenomena do make it somehow deeply unsettling, and it puts you into the mindframe of the crewmembers. Now, this is a technically sound achievement in the creation of atmosphere, but I’m not sure I can consider it a good thing that the game made me feel uncomfortable for a prolonged time, but if this was the goal… congratulations, I guess?

The problem is, that a well-simulated atmosphere can’t carry a game if the gameplay isn’t there to back it up. SYMMETRY is simple, yet unfair in its difficulty, and not particularly fun. Even horror games are intended to be enjoyed, and SYMMETRY isn’t even horror, it’s survival, but I can hardly say I enjoyed the experience. However, as someone who personally places greater importance on story than gameplay, the intriguing premise and the creepy happening fuelled my curiosity, but the story… doesn’t really go anywhere. It’s not that things aren’t fleshed out, since a good mystery can be ruined by a poor reveal, but it’s just kinda there, and not many more hints are given to the why or how of SYMMETRY’s setting and plot. 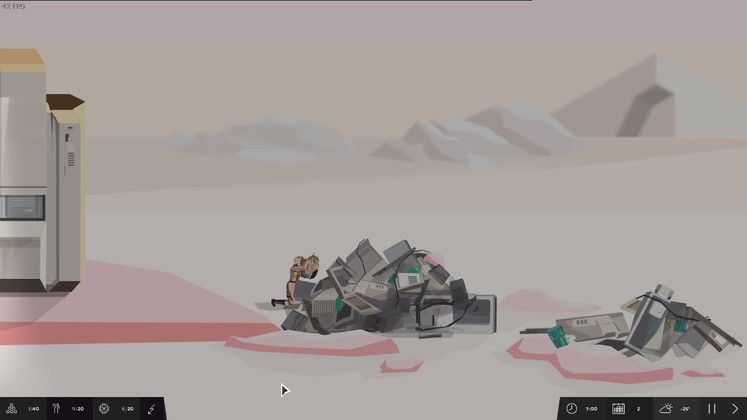 Electrowaste is your ticket off this planet

After spending time with the game, the temporary feeling of unsettledness has been replaced by a void of satisfaction. SYMMETRY just isn’t enough anything really, it doesn’t do enough with gameplay, nor with the story, and the forced difficulty really feels like a tactic to retroactively make the game seem like something with more substance than it really has. I’m still really curious about where this storyline could have gone, or may still go, and I still see the potential in SYMMETRY. It has a fantastic art style, extremely effective sound design and the beginnings of great ideas, but the rest just isn’t on that level. I just hope the game does well enough that we see a SYMMETRY 2 that gives this potential a worthy framework.

SYMMETRY takes masterful atmosphere aided by great art and sound, and plugs it all into overly simple yet unfairly difficult gameplay strung around a story that starts in an interesting manner but goes nowhere meaningful. There is a whole lot of potential on display here that gets left out in the cold.

I’m going to interpret “top” in a loose manner here and mentioned the moment which stuck with me most. On around my 4th playthrough, we lost a crewmember and I made the choice to eat them leaving the fridge in a bloody mess, and just then my woodcutter was getting hungry, so I had him eat. He was also tired, but the generator was down, so no regen pods. I sent him back to work, and just then that hung-corpse-on-tree glitchy thing happened, for a split second. Due to the way these are visualized, and the short time-span, it’s really impossible for the eye to make it out, but my mind was convinced the game used the sprite of the crewmember I ate. I don’t know if it’s coded that way or playing this thing just made me see it as such, but hey, that was pretty striking. 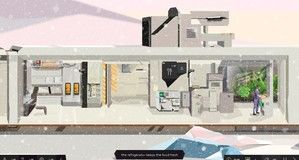