The Division 2: Warlords of New York

It's up to you, New York, New York 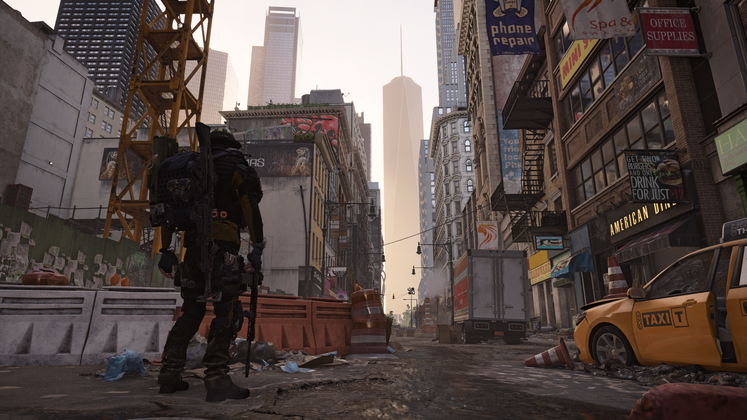 Frank Sinatra famously used to sing that if you can make it in New York, you’re gonna make it anywhere. Over the last 5 years, Swedish studio Massive proved that isn’t true - after a good yet troubled start with The Division 1 in 2016, Ubisoft’s developers spent 3 years course-correcting every aspect of the New York-set game and making it extremely fun. Then they moved on to the Washington DC-based sequel and proceeded to repeat all the exact same mistakes and bad design decisions Division 1 had on launch, even after they had already been fixed.

Fast forward a year, and The Division 2 is in much better shape. The skills and the blandly lackluster setting are still there, but weapon mods have been greatly improved, the difficulty isn’t absolutely crushing, and the game is teeming with content to make players comfortable with the meta. It is finally in a good place - so of course Ubisoft had to shake it all up with some fantastic ideas, but unfortunately it’s mostly been offset by the decision making. 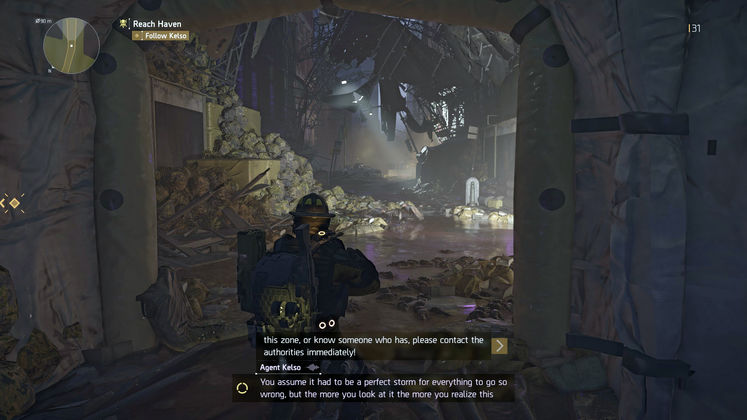 Warlords of New York is an end-game expansion, opening Year 2 by taking players from the sunny boulevards of the District of Columbia to the skyscraper-eclipsed avenues of New York City. This side trip to the setting of The Division’s original (and decidedly better) instalment should have come as a nostalgia trip, providing a whole new world for players to jump in and out at will and leisurely make their way through it. Instead, you are dropped in Manhattan and forbidden from leaving until you track down uninspiring big bad Aaron Keener and his quartet of Rogue Agents.

Instead of exploring this amazingly crafted island at your own pace, you are locked from the main game the moment the expansion is launched. You are free to choose your missions, but you are stopped from going back to DC (or playing with anyone that doesn’t own the expansion) until you level all the way up to 40 and beat all the dozens of story missions scattered through the island. This is the design decision that squanders the potential of the new area, making you tired by needlessly forcing missions upon you. 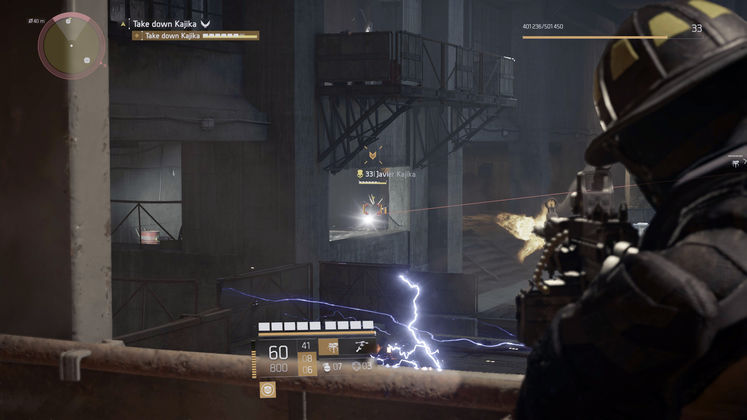 The restriction comes off as ironic and slightly hypocritical, given the game’s utter insistence on what it calls “player agency”, implying that it learned from its mistakes and that you can now explore missions and take out targets in any order you choose. Indeed, you are free to chase each of the four separate Rogue Agents as you please before locating Keener, but you are not free to leave this little playground for the next 8-10 hours for reasons unexplained.

That’s a shame, because the world map is extremely pretty. This New York is very different from the one we saw in the first The Division, being hit by a hurricane at some point during the events of The Division 2 (which was never mentioned during the main campaign) and looking like a proper post-apocalyptic dilapidated version of its former self. The four new areas in lower Manhattan are vastly different from Midtown, where wide avenues and old buildings like the General Post Office or Grand Central intermingle with new edifices like the Madison Square Garden and the UN’s headquarters. Here in (and around) the financial district, narrow streets are bordered by hundred-meter-tall skyscrapers which creates a beautiful, layered, and surprisingly oppressive environment. 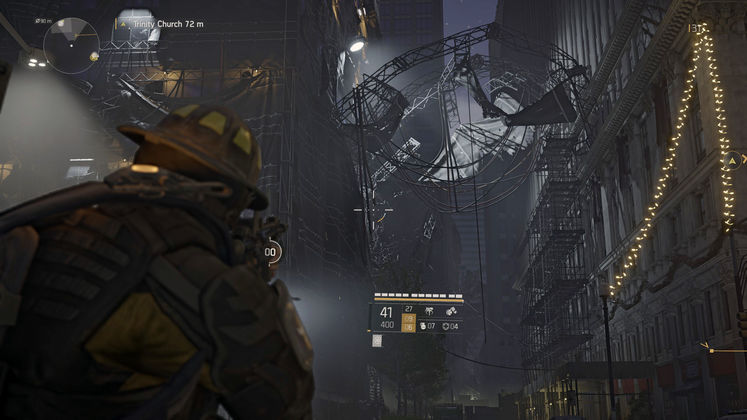 Given its been a year since the events of Division 1 took place and the government is still non-operational, everything is in a much worse state of disrepair. Time wasn’t kind to New York – piles of trash bags, debris, and bodies line up the street, while huge sinkholes and collapsed bridges create an interesting interplay of height for gameplay and visuals alike. To make matters worse, this area used to be a former Dark Zone - it has some vegetation growing through the cracks in the tarmac, but it is also surrounded by the black-clothed concrete walls of other DZs and plagued with the (amazing) darkened infected alleyways of Division 1’s decontaminated zones.

Credit given where it’s due, Massive really nailed the feeling of Division 1. The city feels like an improved version of the first game’s setting, with the return of visual assets and identity contributing a huge deal to the nostalgia. Some characters, like fan favourite NYPD cop Roy Benitez and the rather annoying Paul Rhodes come back, but they have visibly less fire on them; Benitez seems to have lost all of his contaminating determination (“come hell or high water”, “we’ll beat him every day of the week and twice on Sunday”, et al) while Rhodes is more upset, yet actually less whiny - and therefore more likeable. 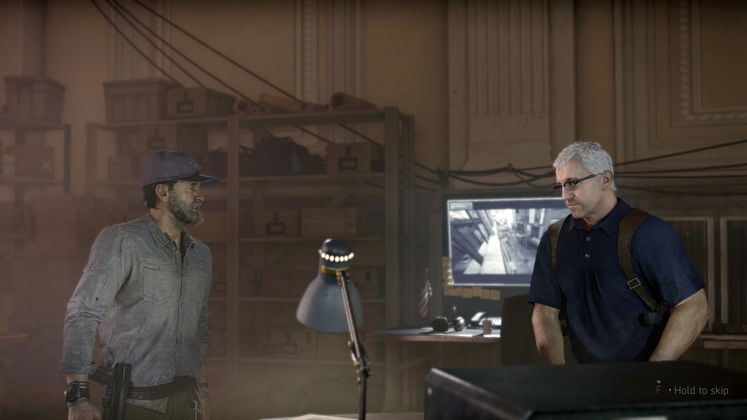 Throughout the story and exploration, you will find out why Benitez, Rhodes, and now-active agent Faye Lau are so demoralised and angry, as you proceed to do in 8 hours what they have been unable to do in months. In a nutshell, former Division Agent and now Rogue Aaron Keener came back to NY with a new strand of the virus that can’t be cured by the antiviral from Division 2’s main campaign, and he brought along four other Rogue Agents who are making everyone’s lives a pain (by killing them). These agents are an interesting mix of novel and cliche, featuring their own individual styles and gadgets, but also awkwardly slotting a little too easily into available character gaps like “new leader of the Cleaners” or “new leader of the Rikers”.

We should also mention that the Cleaners and Rikers are back, and they’re awesome. Division 1’s factions were always vastly more interesting than Division 2, and the Cleaners are back with their flamethrower-totting troops and bosses to try to burn you alive as you shoot the tanks off their backs and watch them squirm in panic before it goes boom. They’re all homicidal maniacs, so don’t feel bad about it. The Rikers are also back, as the boring random ex-cons with no discernible characteristic, which are still miles better than the annoying Hyenas or Outcasts (in case you’re wondering, the LMB have been absorbed by Black Tusk and are no longer in the picture – instead, the new bad PMC got some new units like the shotgun rushers and machine gunners from the old bad PMC). 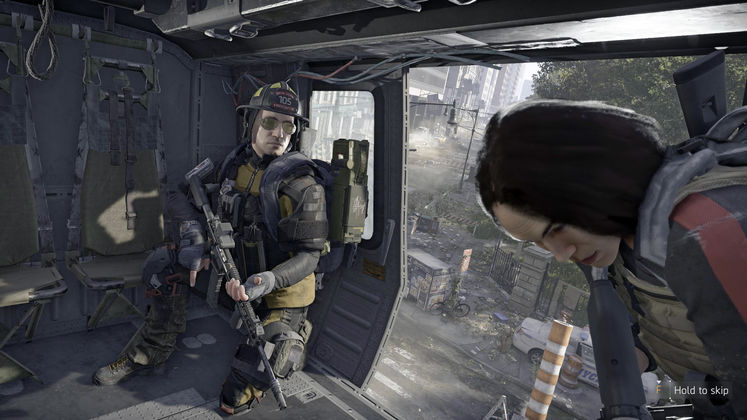 As you take out the new bosses of the old factions (who are also Keener’s rogue agents, remember), you get to keep their new gadgets as usable skills. Ranging from shock traps and holographic decoys to explosive and flammable sticky shots, these new skills are interesting yet retain Division 2’s general lack of flair for abilities – even the returning sticky shot lacks the oomph of the first game (I still miss my airborne BB-8, damn you!).

Once you hunt down all four agents, you get to engage Keener directly. The end result of this confrontation years in the making rewards you with Keener’s watch, which gives access to the new SHD level mechanic - an infinite progression system not unlike Borderlands’ badass modifiers. As for any MMO endgame, the value of this depends on what you want to get out of it - I usually tend to reach the meta and play for a few weeks until I get bored and move to something else, so I don’t expect the new system to hold me any more than the previous one did. 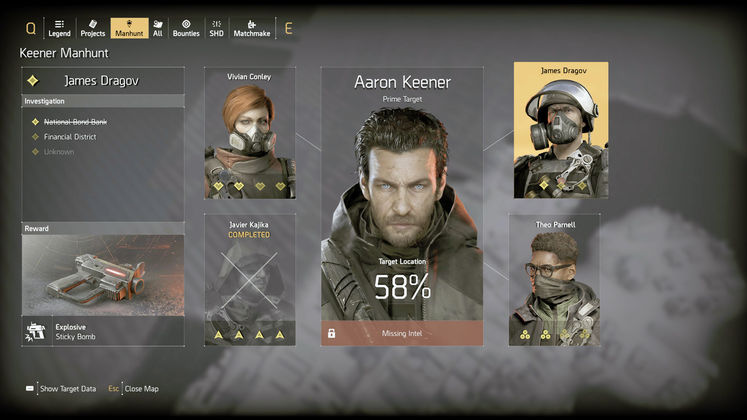 The endgame rework also brought in changes to the recalibration system, what with the new level cap of 40 and everything. You can now store talents in the station instead of having to keep items in your stash, which is a good idea that really should have been around a year ago. You also get a pettable dog in the New York settlement, which while unrelated to the point, is freaking awesome and also should have been in the game since day one (and I still want to pet random dogs in the street, Massive).

One of the problems with this endgame rework is that Ubisoft deemed fit to mess with things that were perfectly fine, such as gear talents. Aside from weapons and vests, gear no longer has special talents on it, meaning many abilities like the invaluable Patience kneepad perk which granted armour regeneration in cover are completely gone. Unless you want to hold V for 4 seconds to use a repair kit or waste one of your two skill slots with a boring and underwhelming healing skill, you will end up dying a lot - unfortunately Ubisoft must have felt reducing playstyles from 3 options to 2 seemed like a good idea. 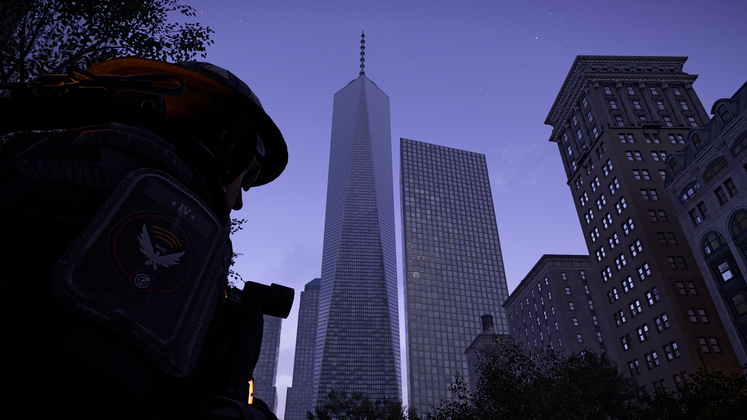 In the end, Warlords of New York is a fantastic setting beautifully rendered, but is ruined by bad gameplay decisions, and an interesting expansion that could have lasted days is artificially rushed by forcing you to complete it in one go. If you love The Division 1 and want to see more of it, you’re in luck - but be aware that every single good side is going to have a massively disappointing bad side.

A fantastic map and setting are let down by a boring story and rushed gameplay.