Fighting off orcs, one slash at a time

Over the years we have seen several video game development companies fall to never be seen again. However, some come back with another swing at the competition. THQ Nordic, formally known as Nordic Games before picking up a bunch of assets from the sale of THQ, is here with the first game under the THQ name with The Dwarves - a tactical RPG that takes place in the ancient realm of Girdlegard. Based on the bestselling novel “The Dwarves” by Markus Heitz, there are numerous enemies to battles and even more characters to destroy them with.

You start off the story by playing as Tungdil, a dwarf who was raised amongst the humans. You start your quest by traveling throughout the lands with 1 mission in mind, to return the sack of magical items to the Magus Goren. Throughout the way you meet other dwarves and characters, like the warrior brothers Boildil and Boendal who love to slaughter the “piggies”, or orcs. Each character has special skills and abilities, along with being able to build based on a skill tree. You unlock a new ability during each level up. You can choose from 2 different choices, a passive or aggressive skill, and this is available up until level 10. There are a total of 15 playable heroes, and they can be unlocked by playing through the story. I really enjoyed playing with Tungdil, Boildil, and Narmora the Assassin. Be sure to pay attention to relationships between characters, the closer your characters are to one another, the stronger they are in battle. 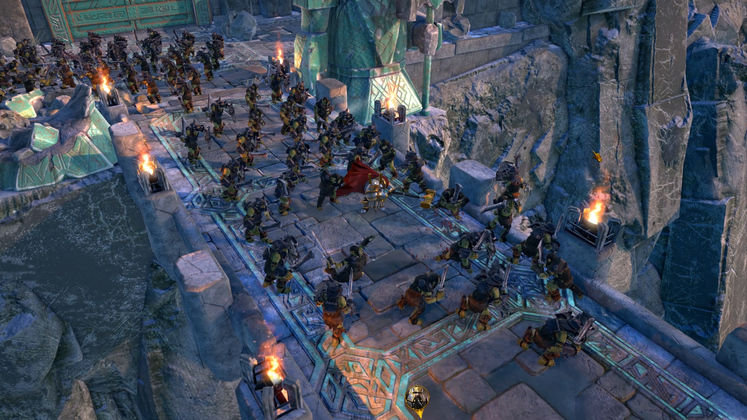 The movement system throughout the story works almost like RISK. Each movement the player takes NPCs move around the map as well. Each turn can also trigger battles, NPC chatter, and random events. You can move directly to the next part of the campaign, or you can travel to a bar, traveling merchants, or a place to rest your eyes for the night. The campaign for The Dwarves is very linear, but the side quests is what brings this game into the light. The banter between the dwarf brothers is enjoyable while you are on the road, or you can travel off to a book store and become the “scholar dwarf” Tungdil is expected to be… the choices are virtually endless.

The Dwarves received mass attention during its announcement for its revitalized battle system. Instead of enemies flocking towards you in a straight line, they have a group mentality. This is where strategy comes into play. With your 4 playable characters you must maneuver them around with their skills and abilities to avoid being circled in. Along with this, enemies also are affected realistically. If one of your characters gets a critical hit the affected enemy will fly back, and possibly fall off the map into an abyss! You can also use your environment to surprise attack enemies, or a simple distraction to run away and heal up. 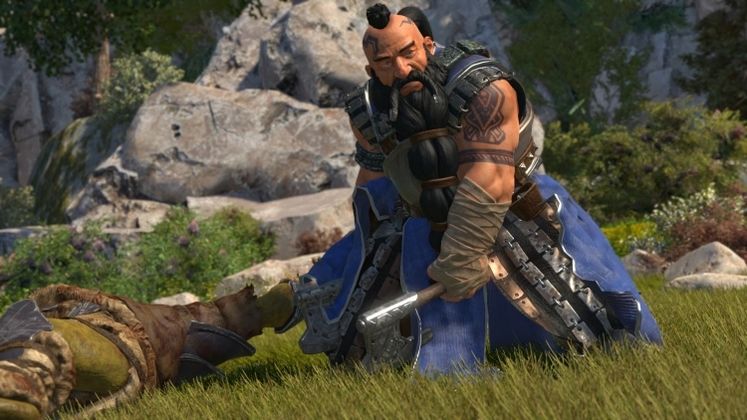 With this battle system there are some flaws. With the system working realistically with hits, characters and NPCs often get confused. For instance, I was in a boss battle and 3 of my team mates were pushed back by an attack. My team mates were pushed back so far that they couldn’t locate back to the boss and they stood there taking range damage from an archer. You constantly have to move back and forth between your team to baby sit them to make sure that they are hitting the correct enemy, or group of enemies. It’s frustrating because of this I lose focus and time and usually wind up having to restart the fight. Enemies and team mates also get caught behind walls. You can control your whole team by clicking and dragging a rectangle around them, but more times than not they get caught behind an object or even themselves. RTS and MOBA players will probably have a better time controlling and timing attacks better than myself, but the movement system is still a concern.

With this game being a fantasy RPG I expected to see more loot. I came across maybe 10 loot items throughout my 12 hours of gameplay, and most of it were weapons. RPGs are notorious for loot systems, and it was rare for me to play this game without it. I felt no real pull to keep playing except for the story. There is no “hunger” to continue. 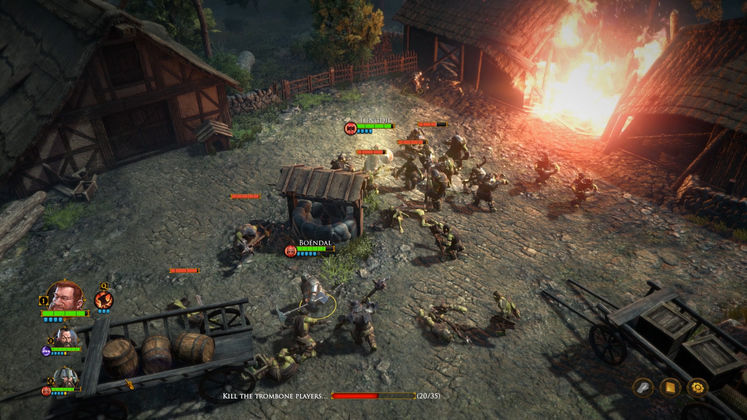 For $40, I feel like THQ Nordic might have an idea on their hands. If there was to be an integrated loot system, updates to the movement system, and general bug tweaks, I would be open to playing the game more. I love single player games and was really excited to try this out. However, I feel a little underwhelmed. It’s fun, and it has opportunity, but right now I feel like I was left with a half empty plate. 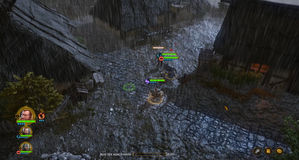 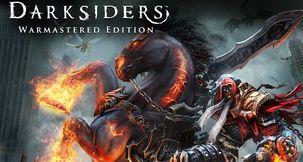