The Escapists: The Walking Dead

The Escapists: The Walking Dead Review

Clearly a game for both of you who aren’t fed up of zombies in video games. The Escapists: The Walking Dead attempts to blend the jailbreaking antics of The Escapists with the zombie apocalypse of the well known comics and TV show. You play as heroic cop Rick Grimes and must craft, fight and puzzle-solve your way across iconic Walking Dead locations which are charmingly brought to unlife with adorable pixel art.

The Escapists: The Walking Dead

Each location presents you with a specific goal which may be to find fuel for a generator or to clear the zombies out of the barn on Hershel’s farm. It’s a far cry from the sandbox nature of the original in which, for those of you who don’t know, tasked you with escaping from prison, but how you did that was entirely up to you. Here you are presented with a series of linear objectives that normally have a single clear solution. It’s all a bit disappointing.

The routine system makes a return and has been amended. You must be present for headcounts, mealtimes and fulfill your job quotas or the walker threat level will increase. If the threat level gets too high, the undead will breach the perimiter and attack you and your fellow survivors. In The Escapists, deviating from your routine would result in being searched or beaten by prison guards, here being late for lunch can result in zombies tearing apart your friends. What? The routine system feels rather ham fisted and isn’t as well realised as it could be. Having morale of your survivors drop and them becoming less effective would make a lot more sense than being an hour late for toast resulting in Glenn having his legs ripped off. 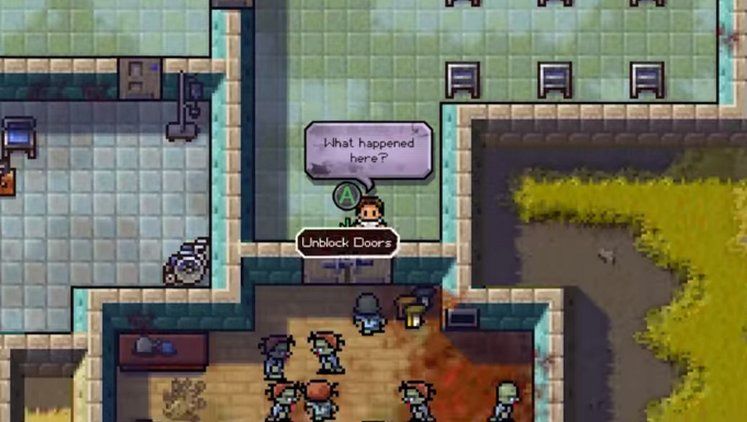 The pixel art really is adorable, look at those little zombies!

In the shelter there will be excercise machines and books to help Rick increase his strength, speed and intelligence. This will enable you to take more hits, run faster and craft more items respectively. It is a vital part of progression in this game and you’ll need all of these stats to be quite high. Which makes the fact that they are reset for each level all the more irritating. You’ll have to spend time reading, and doing the treadmill excercise minigame again each level. You’ll also lose all of the armour, equipment and weapons you’ve crafted, so word of advice – don’t plan ahead for future battles as you’ll be wasting your time.

Combat itself is a little clunky and is a legacy from the previous game that discourages confrontation and generally speaking speed is key in The Escapists: The Walking Dead. If you can move at a decent pace you can easily outrun and double back on zombies so that they don’t pose too much of a threat. You can also create distractions with items like radios to handle larger hordes of enemies.

Crafting is king in TETWD, there are dozens of items in the game and many of which can be combined to useful items such as makeshift weapons and armour or useful tools such as pickaxes, shovels and wirecutters. The sheer volume of items you can scavenge from corpses, desks and holdalls etc makes experimenting with crafting a fun and rewarding experience. You can find recipes out in the game world, but working things out on your own is a delight and can tip the balance in your favour. The major problem with this is the random placement of items, and the reliance on a few ingrediants for your core kit. Metal armour, picks, shovels and wirecutters all need duct tape. Will you be able to find duct tape when you need it? Maybe. On one playthrough I couldn’t find any after an hour, on another two rolls were in the desks in the starting area. It can get incredibly frustrating when you’re constantly scouring for items that may or may not even have spawned. I would much prefer a more logical approach to item location. Do we need some tools? Let’s search the workshop. Do we need food? Lets search the kitchens. 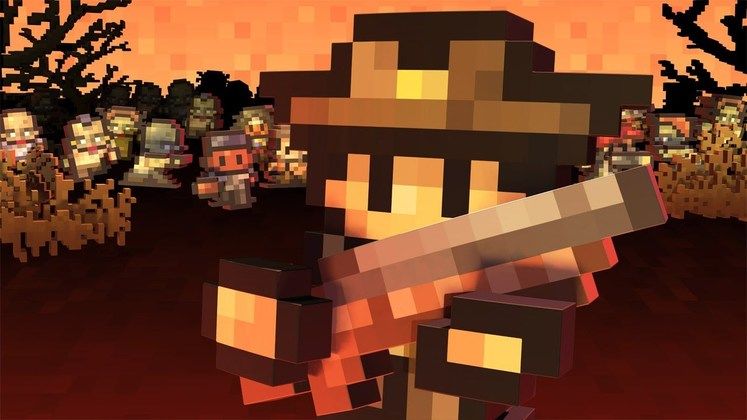 The quests offered by survivors do help to mitigate this as you can earn money by completing them to spend at the vendors that appear at night. You can usually purchase tools, weapons and ammunition that can give your survival chances a real boost. The quests themselves are extremely basic, and normally requie you to fetch a specific item. Sometimes a little too specific, as Hershel wanted me to grab a bar of soap from an individual zombie. Before I ventured out I checked Hershel’s desk and he had a bar of soap in there. I tried to give it to him, but no, he wanted this exact bar of soap from this exact zombie. Hershel is an arsehole.

THE ESCAPISTS: THE WALKING DEAD VERDICT

The Escapists: The Walking Dead is a decent puzzle game, but lacks the complexity and freedom of its predecessor by offering basic, linear goals. With many concepts from the original shoe-horned in regardless of theme or enjoyable gameplay it ultimately falls a little flat. Fans of the TV show will certainly get more out of this, it does have a certain charm but sadly doesn’t quite work and feels like a missed opportunity.

The Escapists: The Walking Dead Essentials 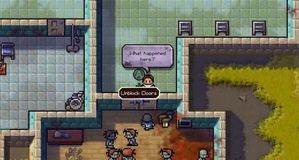