The Evil Within: The Assignment

The Evil Within: The Assignment Review

The Evil Without (guns)

If there’s one thing missing from survival horror games these days, it’s horror. There’s suspense, there’s dread, there’s nervousness, there’s whatever the hell emotions Alien: Isolation made me feel, but being actually scared? P.T. on PS4 (which we didn’t get, thank you Konami), Amnesia: The Dark Descent, Five Nights At Freddy’s perhaps… that’s about it in all honesty. Even the sort-of-triumphant return of Resident Evil creator Shinji Mikami to horror, The Evil Within, was more disturbing than scary. Now with the game’s first story DLC however Tango Gameworks have one goal in mind: make Chris Capel jump out of his chair. Mission accomplished.

The Assignment is a three-hour slice of new Evil Within gameplay. While set during the main game’s storyline the protagonist is actually Juli Kidman, backstabbing partner to Sebastian Castellanos (the player character in the normal campaign) and agent of the sinister Mobius group who funded all the mind-buggering experiments of The Evil Within. Sent in to this nightmare, Juli has to find the wandering patient Lesley and return him to her employers before something else gets to him… or her. 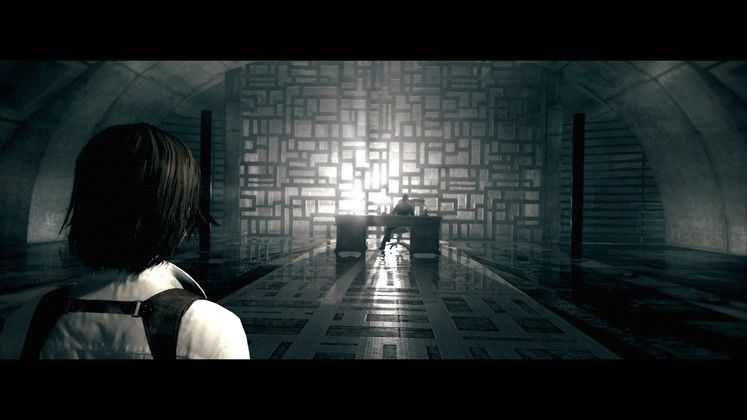 Juli Kidman first applied to Charlie's Angels before she got the job at Mobius. It didn't go well

Okay, hands up if anyone gave a crap about The Evil Within’s story? I don’t know about any of you, but my hands are both down. It was all pretty damn nonsensical, to the point that even I don’t remember half of the stuff I just wrote for that last paragraph. True, the narrative is meant to be weird and dreamlike, but when an entire evil organisation and the name of the lead villain passes me by I think you need another go on the typewriter, and not just to save your progress.

Fortunately and astonishingly The Assignment is much better in this regard. We’re introduced to Mobius immediately, to Juli Kidman’s role in it, to what they’re after with the tests they’re doing, and most importantly I was interested to find out more - something I would never say about the main game. I actively sought out audio logs, and despite knowing the ultimate ending I still want to know more about Juli and the Mobius Group. It’s not Shakespeare or anything, but I still enjoyed the story.

But what about the gameplay? The first, most obvious and very, very welcome difference between The Assignment and The Evil Within is the near total absence of guns. Whereas most Resident Evil-style “survival horrors” have devolved into action games, Evil Within included, in this DLC the player has to rely entirely on stealth or running to get by. The main weapon Juli has is her torch, and while there are a few Alan Wake moments with hidden objects it’s useless against enemies. This inability to really fight back ups the tension and the danger considerably, leading to some beautiful jump-out-of-your-seat moments, particularly involving a new recurring terrifying monster with a lamp for a head, lady legs, and a suspiciously-designed giant mouth for a torso. Tango Gameworks still manage to mess with your head of course, such as one beautiful moment involving a save spot where they make it look like you’re going to die the second you leave the save screen. 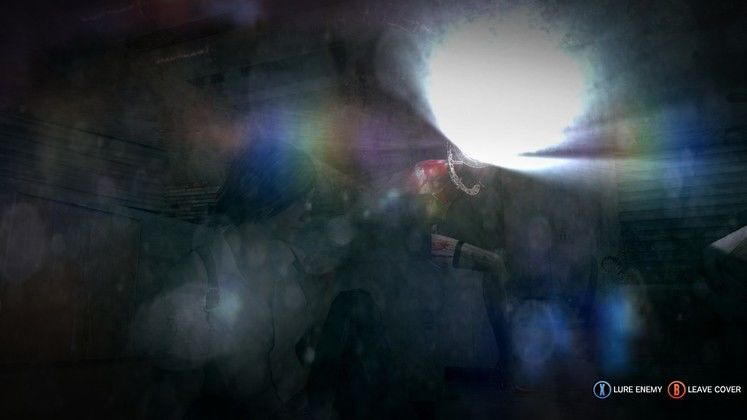 This would be my desktop wallpaper if it didn't make me want to scream and hide under my chair.

Stealth is the real focus of gameplay though, at least whenever Juli’s facing enemies. For the most part it works too, although a short moment with invisible enemies is more of a pain than a joy. Don’t expect to be pulling off Thief or Splinter Cell-like moves though as much like fellow DLC Bioshock Infinite: Burial At Sea Episode 2 the stealth is done well but is clearly a coat of paint over a different game. Juli can take cover and lure enemies but it’s hard to get away from them once they know she’s there, and it’s often too easy to get spotted. There’s one boss fight against her Lamp-Head nemesis that is particularly frustrating in this regard. Nevertheless The Assignment generally does pretty well in keeping things tense rather than annoying.

The thing that makes The Assignment’s stealth less interesting though is the linearity in the level design. Whereas the main game could be quite open the DLC is often very confined, with 90% of it being set in small rooms indoors and very few options to go off the beaten path unless it’s for a secret. Speaking of secrets though, there are a surprising amount considering that ammo, upgrading and “brain juice” have been removed. Unlockable musical tracks, audio logs, secret letters hidden in puzzle boxes, snails that you arouse by shining a torch on them until they explode with love… yes, you read that last one correctly, and yes, Shinji Mikami is Japanese. 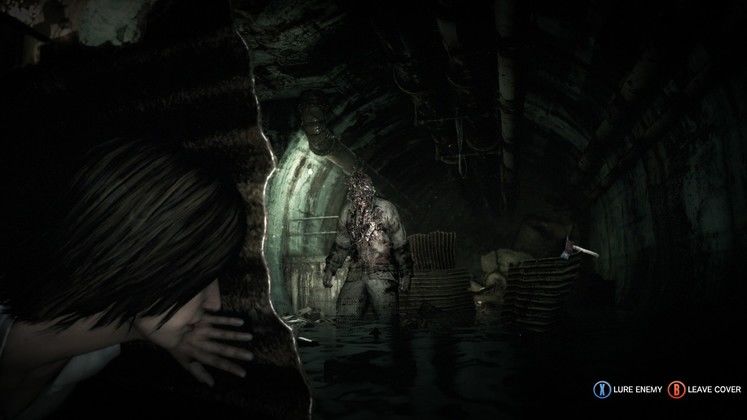 Enemies that are invisible except under torchlight? Joy.

The levels themselves are actually quite well designed though, keeping things perpetually interesting, with dark variations on the opening “safe” level in Mobius headquarters and environments popping in from the main story. One particular interesting reveal was that a major but seemingly random area in The Evil Within is actually part of Juli’s past, something I don’t believe you learn in the main game. Most importantly though every area feels unique and is dripping with creepiness, and I’m not looking forward to trying the New Game Plus Kurayami mode where the only light source is Juli’s torch.

THE EVIL WITHIN: THE ASSIGNMENT VERDICT

While it may be only three hours long, The Evil Within: The Assignment is a fine slice of DLC. Survival horror fans bemoaning the action-first approach most games in the genre take these days will be pleased to hear about the scares-first approach The Assignment takes, to the point where stealth is the order of the day and the only lethal weapons are axes that break after one hit. The stealth isn’t perfect and the levels are a bit linear, but there are loads of fun secrets, a cool New Game Plus mode, and it manages the impossible feat of actually making The Evil Within’s story interesting. If you liked Evil Within but were disappointed that it wasn’t that scary, you should be more than satisfied with The Assignment and when you finish it you’ll start looking forward to The Consequence. I certainly am.

Coming face to lamp with Lamp-Head.

The Evil Within: The Assignment Essentials 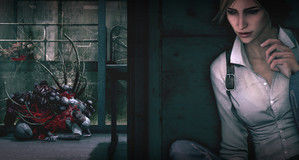