The Lord of the Rings: The Battle for Middle-Earth

The Lord of the Rings: The Battle for Middle-Earth Review

Few days ago I saw for the 3rd time "Lord of the Rings - Return of the king". Based upon a great story (J.R.R. Tolkein's "Lord of the Rings" saga is, in my opinion, one of the greatest books ever published), the movie makes you live a new life, joy & cry along with the actors. It's amazing. In the same day a friend called me and told me "Hey Razvan... I got a LOTR game mate !" ... thinking it's another poor action game (as I didn't like the first LOTR game) I said "okey bring it in here" with just half of my mouth. But than the miracle happened. Not only that it's not an action game, but its a fantasy RTS and one worthy of respect. Let's enter a little bit in the LOTR world and see what the guys from EA brought to us. 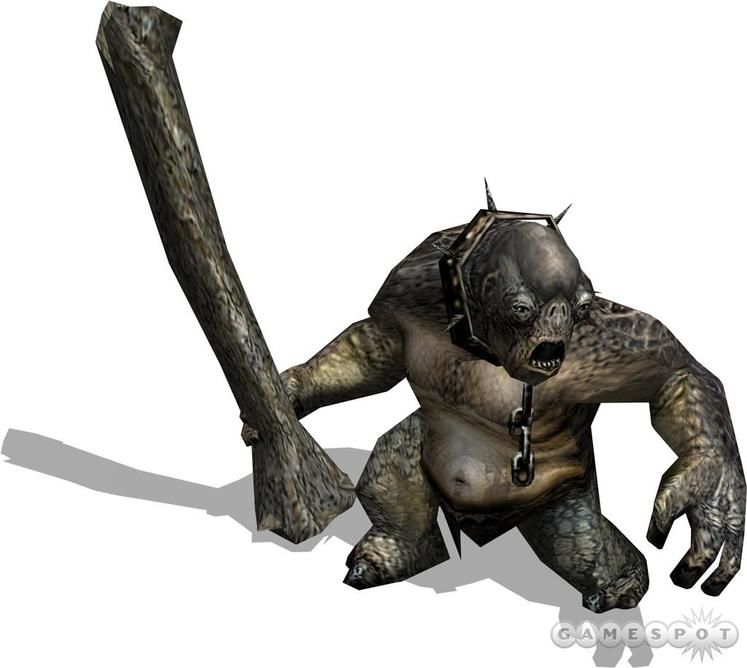 "In the land of Mordor, in the fires of mount Doom, the dark lord Sauron forged in secret a master ring." This is how the movie that introduces the player into the game starts. Introductory movie does its role well, showing high end animations, sounds and atmosphere. EA's real time strategy comes along with 2 campaigns (a Good and an Evil one), skirmish & multiplayer options.

In Good campaign you can force Mordor back within their borders and help Frodo in destroying the Ring of Power. Play Evil campaign and you will be grinding the good right out of Tolkein's fantasy world by killing Frodo, the fellowship and all of its good forces. Being good and kind (trying to be anyway) I started with Good campaign. A new idea EA came up with is the real world map. You will be able to pick a "team" and attack a certain region on the map. Each one will give you some goodies like power points (they will help you buy powerful magic), command points (will allow you to control more units) and resources points (your buildings will bring more resources). From time to time you will have missions assigned that you will have to complete, liked it or not (you won't be able to choose anything else in the world map). 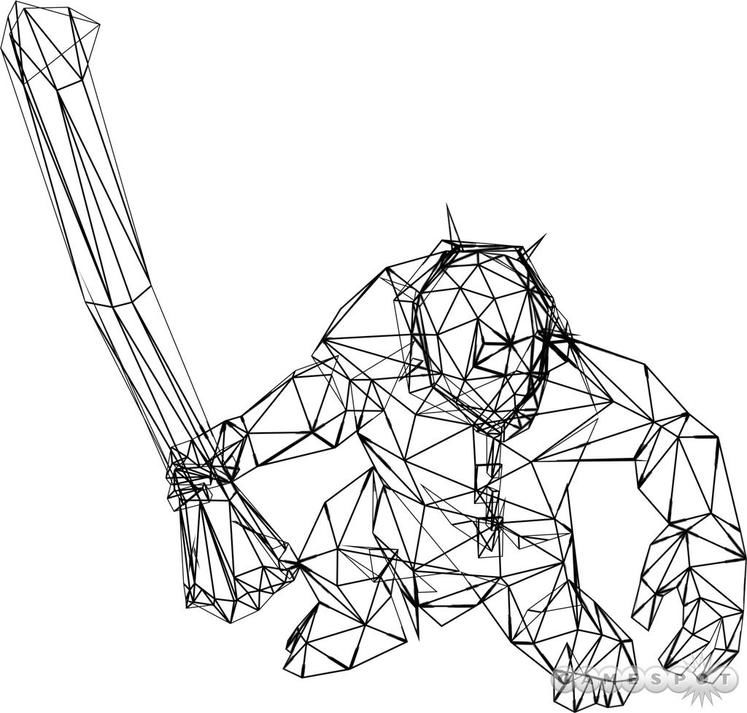 Now let's talk a little about the units. There aren’t many types them, but the ones that exist are well done. They will be bought in groups (for example by clicking on the rangers button you will be given 5 rangers). During the campaign units will gain experience (will have more health and will fight better). This is a very important because in some scenarios you cannot pass without units from the previous battles (I remember in one scenario after some 4 minutes of play with Isengard army I was attacked by 10 groups of cavalry, 5 of archers and 5 footmen; there was no way I could have survived without my upgraded army from the previous battle). Also for the ones that want to finish the game quickly, while playing the Good campaign I suggest you do some 10 groups of cavalry and make all upgrades. You will see how fast you will finish the missions by riding quickly into the enemy camp.

The locations are specific with the ones in the book & movie: Minas Tirith, Isengard, Amon Hen, Nurn, Andros, West Emnet etc., creating a fantasy world populated with enemies and neutral creatureas. The most part of the time you will have to build a base, train units and destroy all the enemies in the area. You also have some small quests that will bring you a bigger highscore. Like uniting a group of archers with footman, killing 100 orcs, leveling up a specific group of soldiers etc. But there are also some special missions that are the "candy on the cake". Missions like defence of Minas Tirith, the storming of Isengard by the ents, the passage through Cirith Ungol, the skirmish between the Fellowship and the Uruk-Hai on Amon Hen, are definitely the biggest strength of the single player. Next to the units EA has introduces also the heroes. They are characters with great powers, able to change the fate of the battle. Units have some 2-3 replicas which might start to be annoying after several hours of play but hey, no game is perfect. 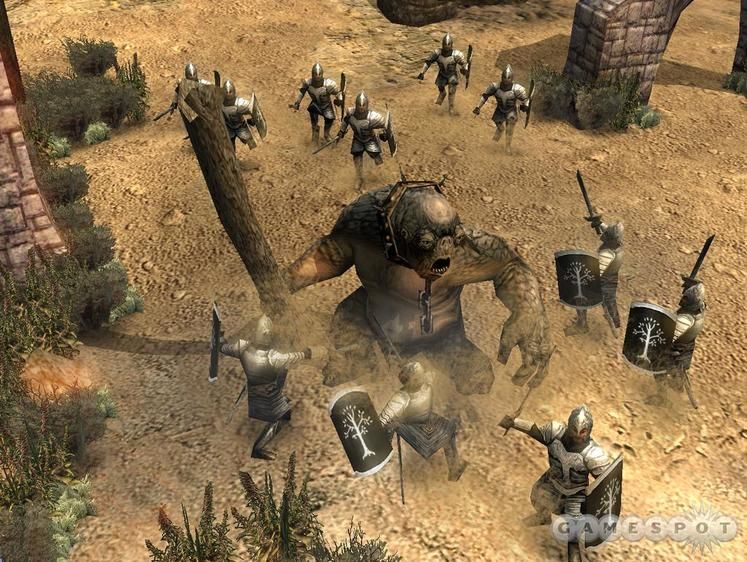 In LOTR-BFME each building must be constructed on a plot. Plots are pieces of land that have a faction stamp. For instance, in order to build a camp, player will have to find a space that is reserved for it. Clicking on the plot will give the option to build a new camp at a certain price. Each of the castles, camps, or outposts comes along with a number of plots on which you can construct them. This way you have to be very careful at the way you place your buildings as you might have the surprise that you want to build something but don’t have a plot for it. A well thought idea for a RTS game. Buildings will increase in level either depending on how many resources (farms, furnace, lumber mills, armoury etc) or units they generated. Once they gain a level, new units will be available or the speed of the training will increase.

Each race has 8 power points at its disposal. Before using a power you have to "purchase" it. This means you have to collect a certain amount of power points and spend it to make the power available for you to use it. The powers can differ from small ones like healing, war chant (+150% damage & 50% armor to Mordor forces), industry (+100% resources from Mordor and Isengard forces), to bigger ones like summon Rohan allies and greater ones like Summon Balrog (last power for Mordor & Isengard) and Summon Army Of The Dead (the last power for Gondor & Rohan). These powers can help you a lot during playing if used wisely as after each use a certain amount of time must pass before you can use it again. 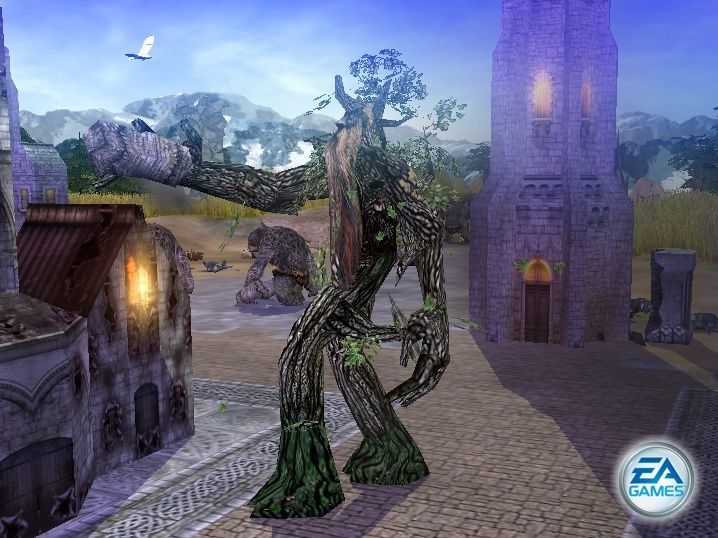 At the music & sounds chapter, EA did a nice job. Interesting movies with good voice and music keeps you in the action and makes you feel you want to play more. Intro movie does the same and I was stuck to the monitor as it spoke about Frodo and his journey.

THE LORD OF THE RINGS: THE BATTLE FOR MIDDLE-EARTH VERDICT

Those that liked the movies and are looking for a way to be a part of Middle-earth will find it to be a worthy choice for the collection. Even those who don’t have RTS in their hearts. It certainly caught me deeply and I can recommend it without a doubt. Lovers of Sauron will certainly enjoy their chance to stomp a hobbit or two.

The Lord of the Rings: The Battle for Middle-Earth Essentials 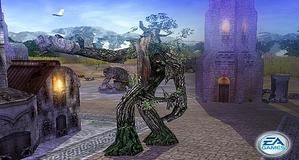 Trending The Lord of the Rings: The Battle for Middle-Earth 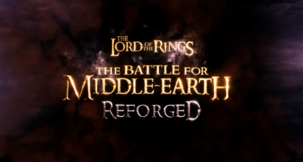