The Walking Dead: The Telltale Series - A New Frontier: The Ties That Bind Parts One and Two

The Walking Dead: The Telltale Series - A New Frontier: The Ties That Bind Parts One and Two Review

Before reading: please note that I’ve tried to include as little spoilers as possible in this review.

When I first heard that I wouldn’t be starting Season Three of The Walking Dead as Clementine, I felt a bit disheartened. Like many others, I had become incredibly attached to her after playing Season One and Two and knowing that she would return in A New Frontier without me in control worried me. My emotional attachment to Clementine makes me want to protect her. How can I possibly do that if I’m playing as a character that is a stranger to her?

In keeping with the previous two seasons, Season Three introduces many new faces, the most notable being the new playable character, Javier García. Before sitting down to play The Ties That Bind, I wasn’t sure what to expect from Javier. However, after spending just over two hours with him, he has proven to be exactly the type of character that I wanted to play as in The Walking Dead. In the opening moments of the first episode, the player is thrown straight into Javier’s life and is forced to powerlessly observe as a number of dramatic events unfold. These events prove to be defining points in Javier’s life and will certainly mould players’ decisions in how he continues to develop his relationships with other characters. 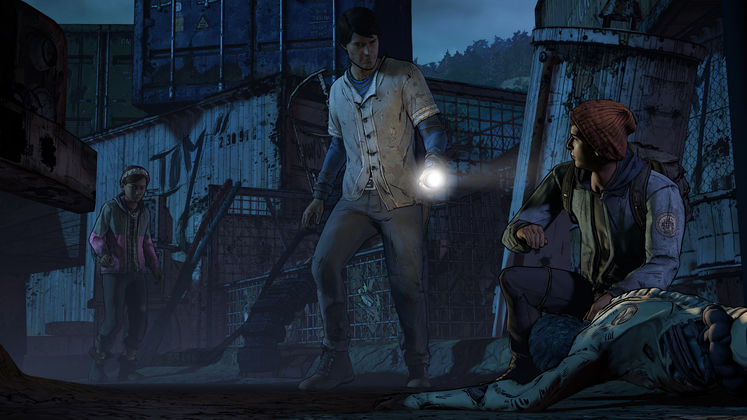 Time to meet a new family

Telltale have consistently delivered deep and emotional storylines throughout The Walking Dead so far and the first two episodes of the third season exhibit their best work yet. In fact, I would argue that The Ties That Bind episodes are the strongest and most enjoyable episodes to play for several reasons. If you haven’t guessed already, the first reason is obviously Javier however, his family are also incredibly important in setting the mood for Season Three. For the first time in The Walking Dead: The Telltale series, players will catch a glimpse of a complex family unit before the zombie apocalypse. This is a welcome addition to the series as the García family are, in my opinion, the most interesting family as they operate as a tight-knit group. This is something that I think will appeal to many players, (particularly the ones that tend to value family over resources) as we have been largely starved of these kinds of relationships so far in the series. Sure, players have met a number of families along the way (both real and makeshift), but it seems like Telltale have invested a lot more time into fleshing out the Garcías’ backstory and I’m eager to discover more about them. On a similar note, I’m also excited to see more of Jesus. Those that are unfamiliar with the comics will likely respect him as an intelligent ‘good guy’ whereas hardcore fans will be able to learn more about him and his personal timeline. Either way, I sincerely hope that he sticks around for a while.

Season Three fixes a lot of issues that I had with Season Two. For me, Season Two felt like a long slog interspersed with a few good moments. Compared to some of the more memorable episodes in Season One, the pacing of the second season felt irregular. Events and characters that I didn’t care for seemed to get far more screen time than aspects that I did care about. Thankfully, Telltale appear to have readjusted their focus in A New Frontier. The result: shorter episodes, non-stop action, and an ongoing forceful sense of urgency. The Ties That Bind contain next to no filler, even down the number of interactive sections. In previous episodes, players will have become familiar with the act of wandering round specific areas, searching for one or more items that then help them to progress. These were reasonably frequent occurrences and although they made players feel more involved, they proved to be a bit tedious at points. Again, these sections appear in A New Frontier however, they feel less frequent and generally feel like they serve more of a purpose with regards to the main story. 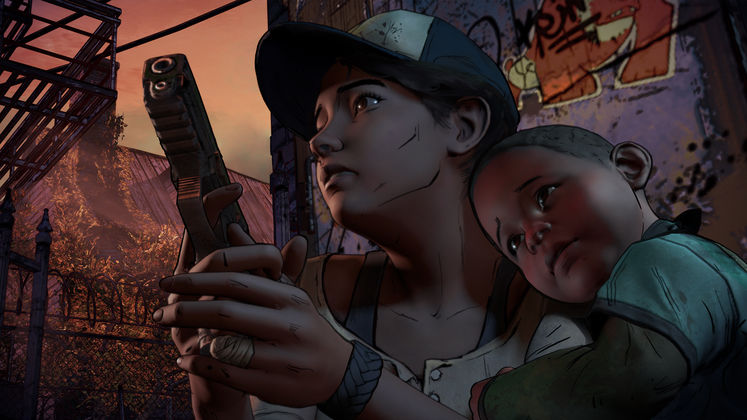 How did you end Season Two?

In keeping with Season Two, the controls still feel quite natural and straightforward, although they have been tweaked slightly. Players should prepare to dodge as often, if not, more so that they did in Season Two. I played the review build on an Xbox 360 controller and enjoyed a very smooth play-through, overall. The overall appearance of the on-screen prompts has been updated to create a brighter and more polished finish. Players are still required to use the right stick in order to aim before shooting however, there are a few occasions when the player will be required to shoot without having to aim, which is stylised in a pretty cool way. At one point, the game will also require the player to effectively ‘run and gun’, which feels incredibly exciting, despite the minimal amount of control that the player usually has in these types of games. As a result, I felt more anxious when I got caught up in dangerous situations while enjoying the balance of being able to sit back and soak up the story in other sections, where a few button presses here and there felt sufficient. Of course the entirety of The Walking Dead Telltale Series is intended to be a cinematic experience but these episodes appear to be the best executed so far.

Furthermore, Telltale have ensured that no matter which platform you choose to purchase Season Three on, you’ll be able to pick up right where you left off. Before starting the game, players will have the option to import their previous save. If they no longer have a save file to import, they will be able to recreate their story by answering a series of questions regarding the choices they made in Season Two. This ensures that players are able to continue their journey with ‘their’ Clementine – something that we are all very concerned about! Surprisingly, I found that my Clementine in The Ties That Bind had a very similar personality to how I chose to play her in Season Two. At first, I felt nervous about her potentially making decisions that I would never choose. Nonetheless, I was pleasantly surprised to find that her character continued to operate as if I were in control with her, which was awesome to see. With players beginning A New Frontier at one of a possible forty-two start points, I think fans of the series will be impressed by how personal their Clementine feels and how she retains the principles that they chose for her. For new players that are just jumping into the series now, please don’t let this put you off! There’s also an option to start a new story, which generates a more neutral version of Clementine. 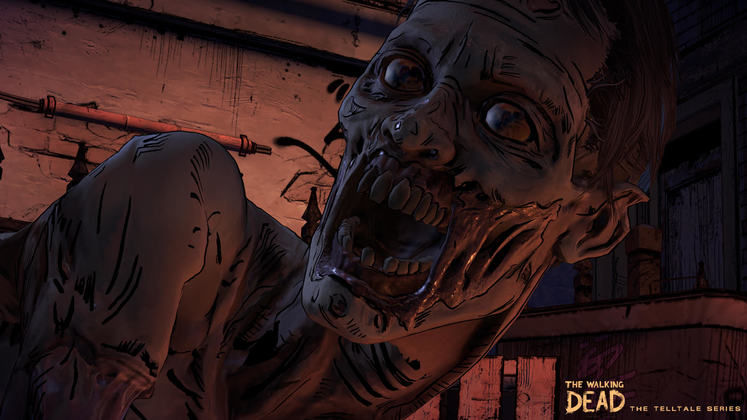 I'd say this fellow is beyond help.

Both episodes ran pretty much flawlessly when I played them on a gaming laptop on the maximum settings. I only experienced one instance where the fame rate dropped and that was only for a few seconds. Other than that, I did not experience any other issues.

As many fans have noticed in the launch trailer, the visuals in A New Frontier look a lot smoother than its predecessors. Before playing the newest episodes, I was unsure of the game’s updated appearance as I really liked the rough artistic finish on Seasons One and Two. However, after starting the game I was instantly able to appreciate its new aesthetic. Let’s just say that all gruesome scenes are beautifully detailed and the characters are now flaunting soft, dewy skin. 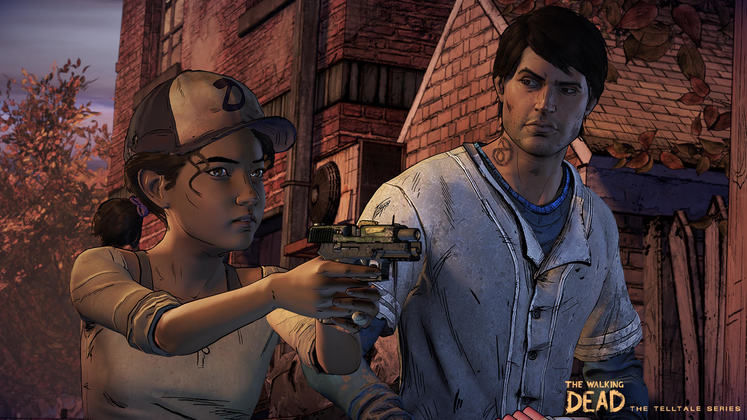 THE WALKING DEAD: THE TELLTALE SERIES - A NEW FRONTIER: THE TIES THAT BIND PARTS ONE AND TWO VERDICT

The Ties That Bind Parts One and Two are the best episodes in the series to date. Telltale have successfully created an intense atmosphere with a heavy sense of urgency that will keep players on edge throughout. New characters are introduced in a way that will make players struggle as they try to balance their allegiance to those with more familiar faces. Whereas, Clementine’s flashbacks will leave players hungry for more information about her movements between Season Two and Three. The Ties That Bind encapsulates everything that I could possibly ask for in The Walking Dead, improving on all the issues that I had with the previous season and adding things that I didn’t even know I wanted. Whether you’re a returning fan or brand new to The Walking Dead: The Telltale series, I highly recommend that you play this game today!

The end of The Ties That Bind Part Two – NO SPOILERS!

The Walking Dead: The Telltale Series - A New Frontier: The Ties That Bind Parts One and Two Essentials