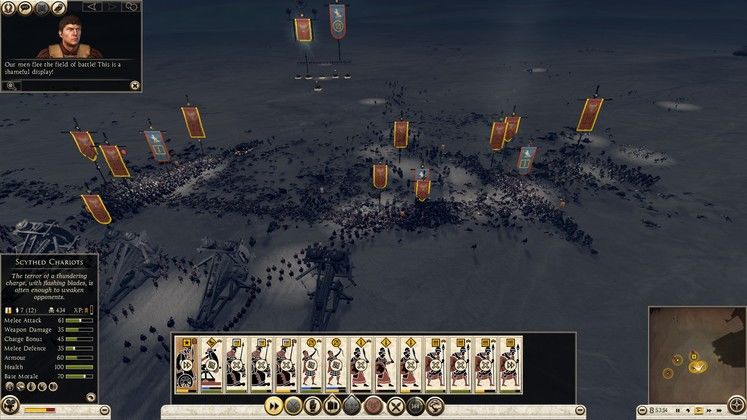 Rome II, the last great historical Total War, is the gift that keeps on giving. After a surprise expansion last year and a free update that revamped the political system, this Roman jewel has a new content pack all about the Desert Kingdoms.

The timing of the DLC is especially interesting, hot in the heels of Warhammer’s Rise of the Tomb Kings and The Witcher’s lookalike Assassin’s Creed: Origins. The Desert Kingdoms Culture Pack fleshes out four previously unloved sandy societies, giving them their own unit rosters and building chains. 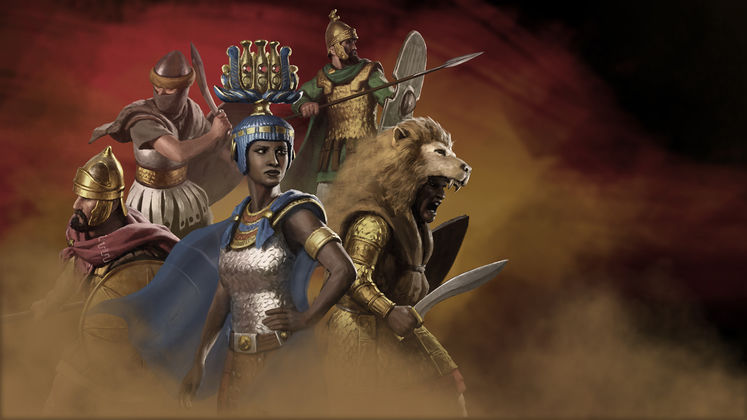 The Kingdom of Kush is a trade focused small empire south of Egypt, long overshadowed by its flashy northern neighbour. With strong archer units, lots of exotic resources, and an affinity for Egyptian and Hellenic culture, Kush must take care of neighbours in Ethiopia before expanding into faraway lands, or try to take the mighty of Egypt head on.

Nabatea is a technologically advanced and military focused kingdom, with access to Hellenic units and diplomatic ties to Rome. Due to their strategic location at the nexus between Middle-East and Africa,, they enjoy a healthy number of trade relations alongside a strong navy and army presence, leading to a delicate balance between expansion and territory control. 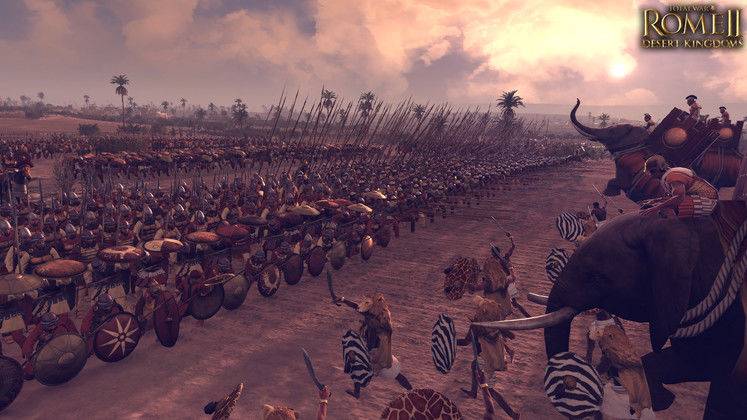 The Kingdom of Saba lies way down on the Arabian Peninsula, with a lesser focus on military endeavours but a love for camels in armour. Their proficiency in agriculture is supplemented by javenlins, chariots, and access to stronger and cheaper mercenary units, while their unique Great Dam building provides faction-wide bonuses.

Finally, the Masaesyli are the only non-Arabian/African subculture in the pack, drawing from the Numidian region southwest of Carthage. Due to their unique history where both opposing tribes united under one people, this cavalry-focused faction has a lot of affinity with both Carthaginian and Latin culture, and are even able to use Roman tactics in battle. Due to their ambushing nature, their armies stop enemies in the same province from replenishing troops. 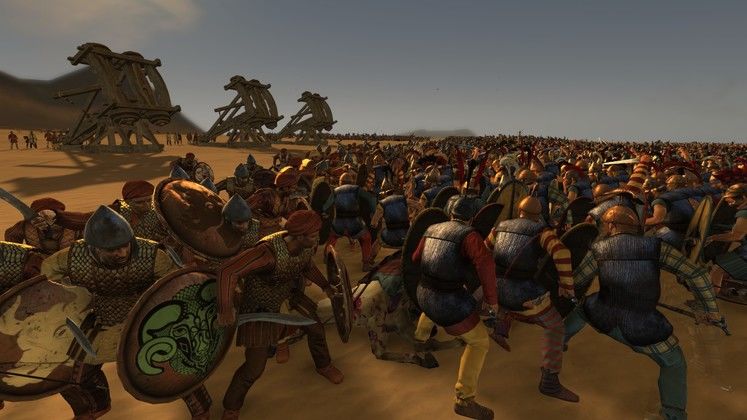 All factions share a common set of bonuses, including a morale bonus in desert battles, extra income from agriculture, and a penalty to research rate due to deep-seated traiditions. Additionally, all Arabian tribes have a bonus to trade and access to the incense trade resource, while Numidian perks have a knack for military strength.

The campaign performance of each faction also varies wildly, but one common theme they all share is the territorial bottleneck. Aside from the Masaesyli, all kingdoms start in a precarious position shoehorned between possible allies and vastly overpowered rivals, creating a complicated starting position. This diplomatic and military mess often means you must attack rivals far from your home to expand, and it’s a far cry from the clear cut “here’s your weaker enemy” starting position of most other factions. 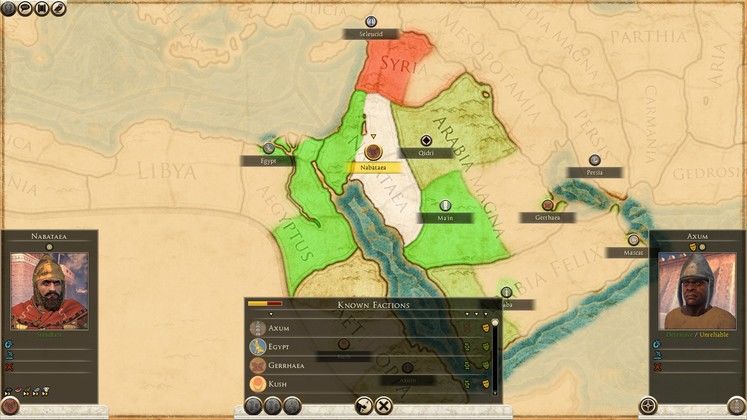 While each culture does have their own unique units and building chains, they are mostly variations of existing unit types and bring nothing new to the table – Nabatean Spearmen are still spearmen, Kush Heavy Archers are still archers, and Camel Cataphracts are still lancer cavalry. The differing aspect here comes in the fact that each has their own unique looks and revised unit stats, fleshing out the impression of actually playing as one of those tribes instead of an random copy-paste of some other minor Greek culture.

The final aspect of the DLC is actually part of a free update that adds female figures and events to Rome II, bringing Cleopatra and Teuta as faction leaders following Zenobia’s addition in Empire Divided. They all come with custom visual and audio assets, and are seamlessly integrated into the game for every faction – while some cultures, like Rome and Greece, have women only in a social or political role, others allow them to be generals and fight alongside men. 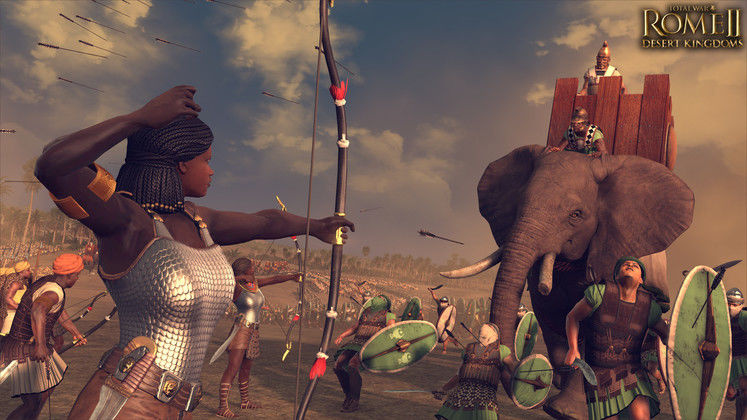 The new Desert Kingdom cultures make extensive use of women in positions of power, as old Arabia was actually much more gender equal than current Arabia. Nabatea and Kush are the most inclusive of the bunch, with Kush especially featuring a huge pool of important women to be recruited.

In the end, the Desert Kingdom Culture Pack is quite a good minor DLC. It devotes a good amount of care towards a mostly forgotten part of Rome II, and it does so in a historically satisfactory way as far as the setting allows. The pack should be a treat to anyone interested in the region and its people, and the different specialties, starting conditions, and bonuses make Desert Kingdoms a varied and interesting Culture Pack.

A varied and interesting Culture Pack where each faction feels distinct.

Tanking an army with the palace guard as my cataracts crashed into the back of their infantry formation. Also, artillery. Artillery is always a top game moment. 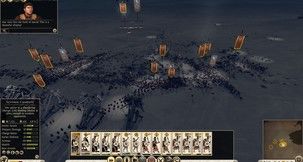