No one can walk beneath palm trees with impunity, and ideas are sure to change in a land where elephants and tigers are at home 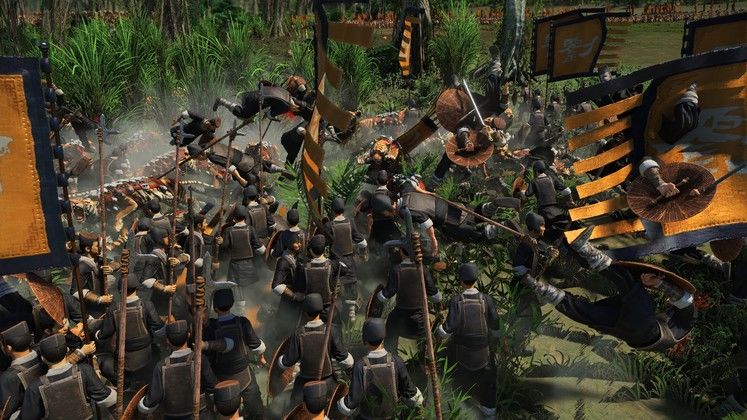 Ancient China was an age of conflicts, turmoil, and peace. And tigers. If you want to believe Total War: Three Kingdoms’ latest DLC, Ancient China also had lots and lots of tigers.

Taking place in the southern jungles of China, Three Kingdoms: The Furious Wild brings animals (that are not horses) to the latest historical Total War, alongside its first proper map expansion that replaces generic South forest maps with proper jungle ones. Focusing on the Nanman indigineous tribes that coexist with nature, the DLC brings four new characters, dozens of units, and a whole new reform and fealty system to the game. 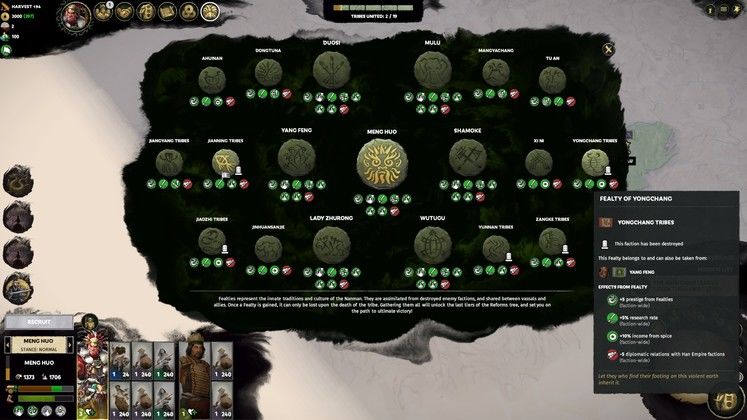 Similar to Warhammer character packs, the new factions’ mechanics are more than just a small minor playthrough bonus – unlike Liu Bei’s peaceful annexation or Cao Cao’s sneaky manipulations, the Nanman mechanics are fully interwoven in the campaign. 19 tribes occupy the land, and all must be subjugated or confederated in order to unite them against the people of the North that fight over the remains of the Han Empire.

As you conquer or convince them to join, you gain a specific tribes’ fealty, which translates as powerful in-game bonuses ranging from supplies and happiness to unit buffs and logistic discounts. These are important thanks to the new reform system that replaces the “growing tree” idea of vanilla 3K for nine upgrade paths, six of which are binary – choose to maintain the Nanman traditions such as Ancient Heritage and you lock in centralised government, reflecting the intrinsic conflict within the tribes between modernising and sticking to their olden ways. 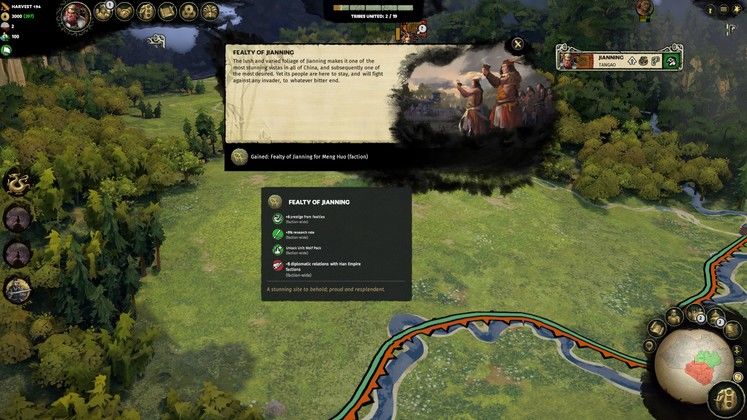 At the heart of that conflict are the four new characters: Meng Huo, king of kings; Lady Zhurong, descendent of the God of Fire; King Shamoke, the ruler of the five valleys; and King Mulu, more beast than man. Each of them have unique playstyles – Meng Huo and Lady Zurong can become lovers or rivals, the former granting them powerful battlefield effects when fighting together in battles while the former turns their campaigns into a disaster, for example – which reflect the way they behave as characters. In now-classic 3K style, allegiances and loyalties are shifting, and you can try to peacefully partner with these characters instead of killing them in your quest to unite the land.

Each of the characters also have favoured units, such as Lady Zhurong’s tigers or King Mulu’s war elephants. These can be recruited by all Nanman’s at some point – and all main characters can ride elephants as a mount – but specific characters have bonuses associated with their respective units that the others do not share. 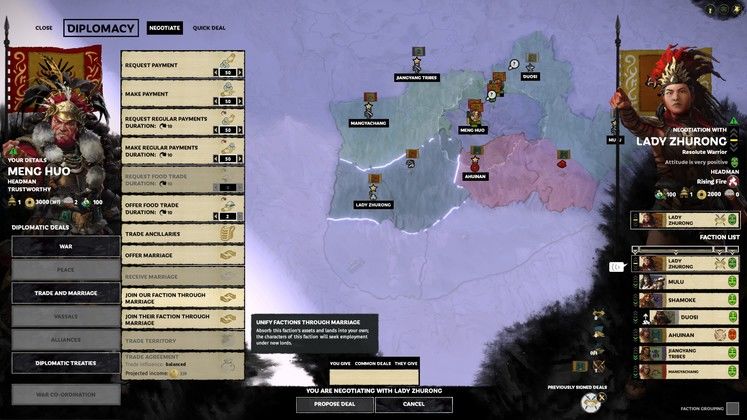 The units themselves are surprisingly effective. From the fire-wielding melee warriors of Zhurong to the support and war elephants that can shatter a unit’s ranks in a splitsecond, most Nanman troops feel extremely deadly. None are as awesome as the tigers, though – weighing a quarter of a ton and covered in armour, these beautiful felines charge the enemy lines like shock cavalry sans riders and send people flying on impact, like the devastating dogs from Total War: Rome I and II, but with a beautiful Bengal Tiger coat on top and about thrice the size.

On the other hand, elephants’ effectiveness is let down a bit but how unreliable they can be. Unlike Carthagenean pachyderms that can go berserk and have an “execute” button to be put down, the biggest threat presented by The Furious Wild’s elephants is pathfinding. Total War Warhammer and Three Kingdom (and now Troy) have outrageous pathfinding problems when placing units in littered terrain and when trying to get all ranged units to fire together, but the elephants’ mass seem to add a new problem to that growing list – they usually get stuck on each other, resulting in charges actually being a handful of animals hitting the enemy lines while the other leisurely walk about trying to find their way to the front lines. They all eventually get there, but the end result is that the tiger’s charge is vastly more impressive and interesting than the elephants scattered walk to the battlefield. 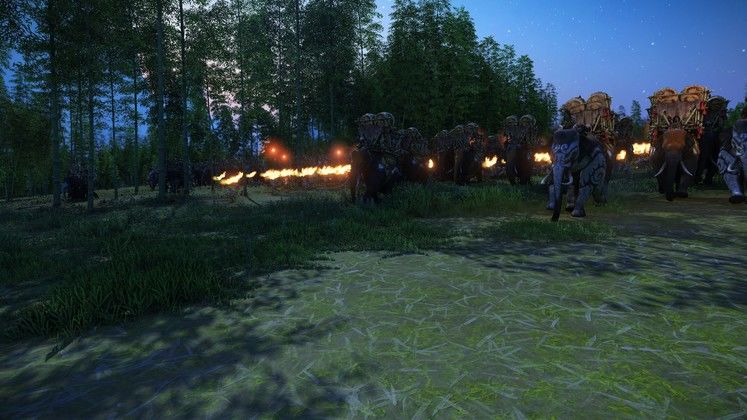 Still, those are problems with Total War in general lately, and while unfortunate, they are not caused by the DLC. The DLC is an interesting side-expansion of game mechanics, giving you an alternative experience if you’re tired of all the “civilised” Chinese people fighting each other and would like some “barbarians” thrown into the mix. With a choice of starting dates in both 900 and 904, Three Kingdoms: The Furious Wild offers a worthy shot – and as long as you really like nature and tigers, you’re probably not going to be disappointed.

A side-expansion of game mechanics and an interesting alternative experience full of indigenous Chinese and wild (but tamed) animals.

Tiger charges. All of them. 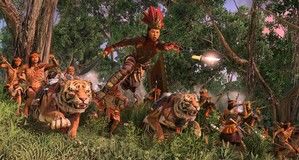