Getting Schooled is Cool 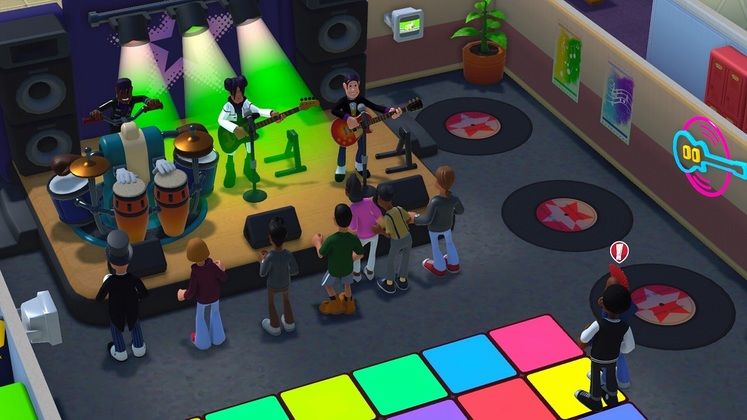 It’s the Summer Holidays, so it’s the best time to remind children they’re going back again soon. Back to School adverts in July, and a school sim in August thanks to Two Point Campus.

After resurrecting the specter of Theme Hospital with Two Point Hospital, Two Point Studios has turned its collective eyes onto the world of academia. Will it be able to translate its medical success into an educational one?

Players are handed the keys to campus and tasked with shaping it into the fine establishment of benefactors’ desires. Or face the absolutely not hilarious fate of running a frat house apocalypse.

Running a campus is something that requires a different management style to that of a hospital. For a start, you’re not trying to treat students with the same revolving door attitude as Two Point Hospital’s patients. They will be with you for large swathes of time, learning, living, and lollygagging in the halls season after season as they become our bright future/drain on society/anxiety-riddled young adults in serious debt (delete as applicable to viewpoint). 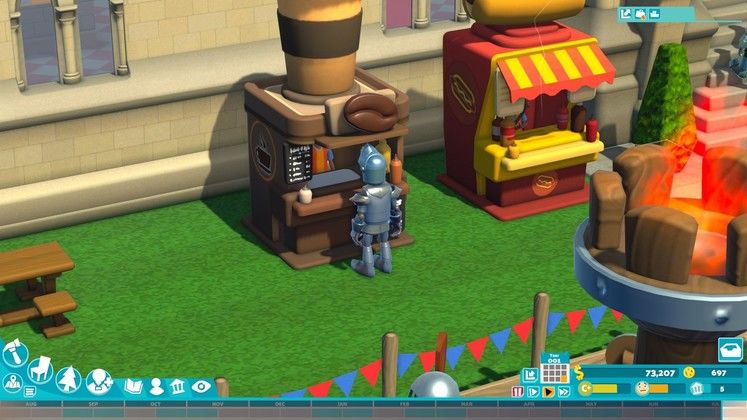 Still, it’s surprising how much of Two Point Hospital’s structure actually slots into Campus. The result is a largely familiar and comfortable introduction to the game’s mechanics that doesn’t really start pushing you too hard until about the third school.

The first school is a suitable softball start to proceedings, with no real dangers or obstacles to overcome. It introduces the basics such as creating classrooms, dorm rooms, and necessary facilities such as canteens. It’s quickly established that finding the balance between study and recreation is essential for a happy, healthy student populace.

Once the required targets on a school are met, you are free to jump into the next, slightly greater, challenge at a wildly different campus. As with Two Point Hospital, Two Point Campus leans into reality-breaking silliness that flavours the growing stress of the job at hand with a hefty dash of mirth and merriment. After the very regular first campus, the rest follow clear themes and run with them, from a cooking school to Medieval chivalry and wizards. Two Point Campus enjoys getting dafter and dafter with its settings, making each location distinct from the last.

The common ground they share keeps Two Point Campus from being little more than a grab bag of themes. Instead, there’s a surprising The Sims-esque depth to running a Campus that gave me a deeper, warmer connection to what I created when compared to the often cold, clinical assembly line approach of Two Point Hospital.

Student care sets Two Point Campus apart as a more engaging sim game than Two Point Hospital. Students’ happiness and ability to learn is a more intimate gameplay loop than treating patients, which sounds strange writing it, but is undoubtedly true in the context of these games. Taking a few pages from the book of Maxis, Two Point Campus allows administrators to fine-tune a student’s life on campus by providing not only the right tools for learning the trade they’re studying but to develop socially and psychologically. 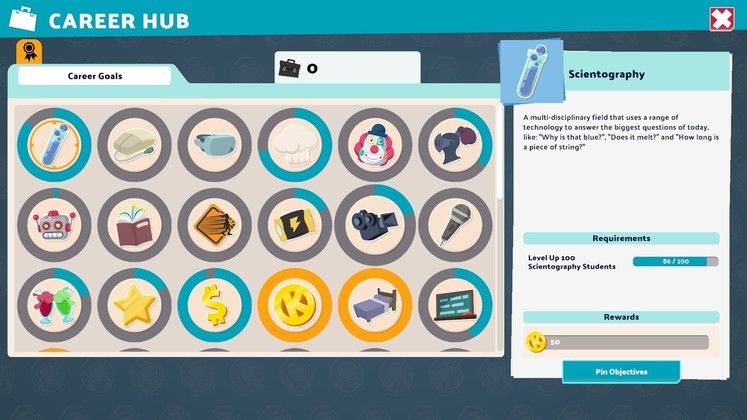 Each campus offers a level of overall progress to achieve

The ability to build activity-specific clubs, and plan parties are some of the ways Two Point Campus explains how to let students let off steam and form bonds with one another. From there the options only grow, and pastoral care even becomes available to help students who are struggling with life on campus. It’s not quite on the level of The Sims for interactive life drama, but I found myself knowing some actual names of students, and getting momentarily distracted from other duties whilst trying to make them happy. Less a spectral administrative hand overseeing the running of a school, and a little more like a stealthy, yet empathetic headmaster.

When it comes to the academic side of things, as administrators, players are able to unlock and add new courses to a curriculum as they please, rather than having on-the-fly additions crop up when you’ve already planned out your campus structure. There’s a different kind of chaos to running a campus compared to a hospital in the world of Two Point. Revenue largely comes from tuition fees, and there’s a captive audience to keep sweet for more than a brief visit. As such, there’s no excessive procession of the new intake, thus giving the player more time to focus on the students. As with Two Point Hospital, mini objectives will pop up to keep potential lulls in action at bay, and make repeat play feel varied.

Interestingly, when school’s out for Summer, Two Point Campus allows you to use that time for planning. The aforementioned new courses can be added, rooms set up for them, and general prep to get ahead of the opening day chaos. It adds to the largely relaxed pace the game projects.

Two Point Campus ends up being a rather jovial and engaging sim that throws new nuggets of gameplay variety at the player throughout whilst managing to retain its central identity. It’s a clear step up from its spiritual predecessor in almost every way, and far closer to the era of sim games they both aspire to be. 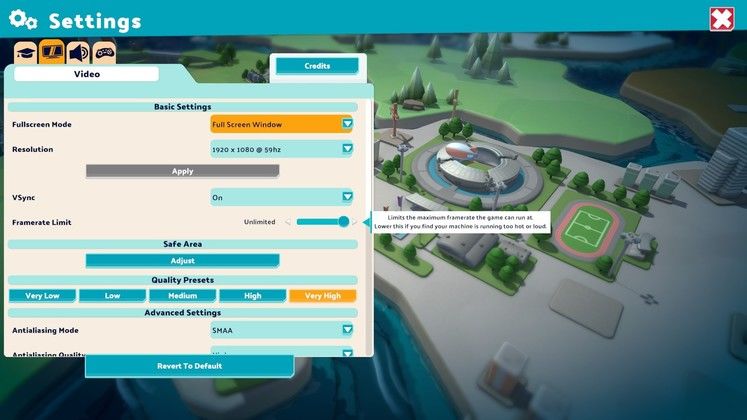 Two Point Campus scales pretty nicely, and seems to handle fairly hectic screens with a level of comfort. It still suffers from the odd hiccup in those busier areas on occasion. 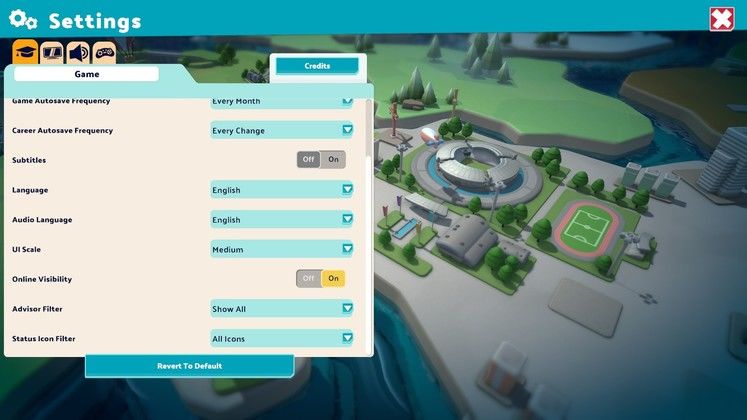 Standard stuff such as subtitles, UI size, and the like. As a sim game it is pretty streamlined and uncomplicated in its building.

Not only does Two Point Studios manage to successfully build upon everything Two Point Hospital did right, with Two Point Campus it’s added a whole new level of learning and given its flavour of sim game a more intimate aspect to management that’s endearingly reminiscent of The Sims.

Defeating your school’s rivals in whatever specialty that particular campus has. 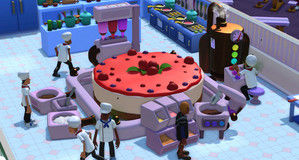